Letting audiences know about something newsworthy in an objective and productive manner is very important for businesses, and Press Release does this in the most result-oriented way.

The media is an integral part of our lives. It has reached the young and old, irrespective of their statuses of all types. The media is a way to pass information to reach out to millions of people in just one stroke. There are many points of time where one needs the support and recognition of the public at large.

Press Release is an essential tool that empowers businesses to communicate with their target audiences. The power of the people is invincible. There are many examples where media releases and their consequences have changed the face and fate of a particular situation.

Hence, the media is needed by all- by the whole entertainment industry and the business world as well.

When businesses want something to reach all the people you wish to, they need to use this media.

In this article, we will dive deep into the world of Press Release and understand how it helps businesses in informing more relevant people to generate leads and optimize conversions. So, without any further ado, let us get started-

A press release is a written copy of the information to release some information about any important event, product launch, circumstances, or any other happenings.

Businesses send it to the media by a variety of means.

No matter if your announcement is about a new invention in the scientific world or a new scheme to attract new customers to your business, a proper press release will always attract more audiences.

Here we will talk about the press release, its significance, and how to write it in a way that you attract more audiences. It will surely help you do your best and fly the highest in your work.

What is a Press Release?

Before learning tricks to write a better press release and attract the audience, we need to know what a press release is actually.

A press release is a written document created for the media, about some event, product launch, business announcement, or any other happenings that are worthy of creating any news.

It is an essential tool to reach the media if you want to inform you about some information to a large number of people at the local, national and international levels. We write it in no more than 1 to 3 pages.

When you circulate the press release among the media members, they use the information to create their content for their next TV show, broadcast, newsletter, etc.

Different reasons for which Press Releases are used are-

Importance of a Press Release 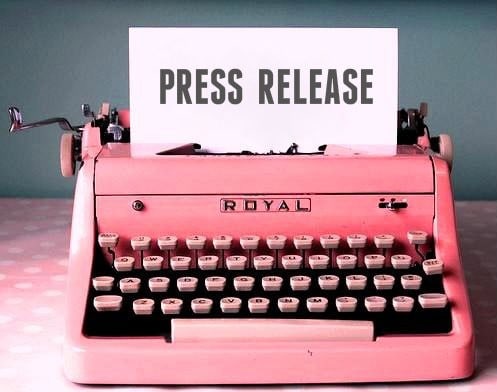 The press and media are parts of the society where we live.

That can be used to enhance the business opportunities and keep track of all the advancements and developments in any process.

The press release is intended to reach out to the maximum people in society. It may not be a guaranteed marketing tool. Still, it undoubtedly can influence people through its exciting content and attract them to the business to make it even more prosperous and profitable.

The press release techniques are instrumental in maintaining good public relations with the business community.

The news articles give the profile of your company a boost.

It enhances the research and development teams to try different new strategies once their work is getting recognised with a press release. It makes the employees more hardworking and dedicated.

All of this affects the profitability and the position of the company in the market in a positive manner. 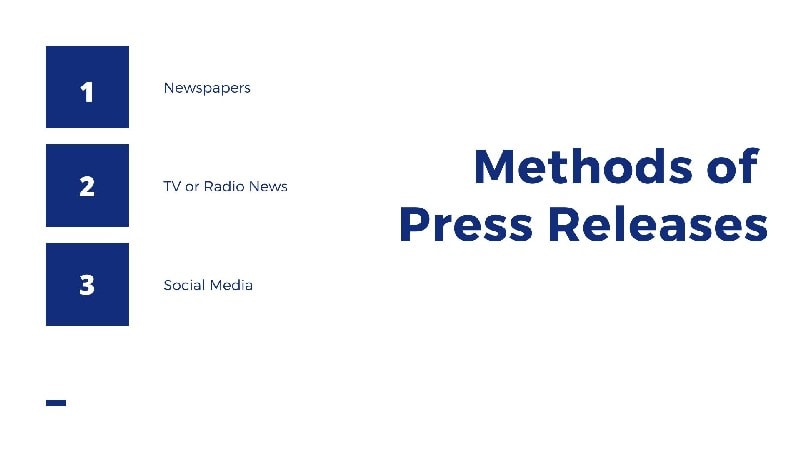 Some of the critical ways of using Press Release are-

1) Newspapers: The newspapers may get as old-school as they may, but they can never get outdated. Every household has a fixed newspaper vendor who delivers the paper every morning at the doorstep. Even today, the pleasure of sipping a cup of morning tea reading the recent newspaper is unmatched.

2) TV or Radio News: TV and radio are media faster than newspapers. They reach out to more people in a smaller period. TV and radio work round the clock. One can also broadcast a piece of breaking news at wee hours and still make it reach the maximum public. Radios are heard by many people, even while being busy with daily chores. That makes it possible for the radio news to target working people and gain optimum audiences from them.

3) Social Media: In the day and age where social media has become an integral part of our lives, how can it take a backseat when it comes to releasing information or news in public? The posts made by official accounts managed by the several reputed media houses are no less than a press release. It reaches most of the people and can be accessed at any time of the day.

When Should Businesses use Press Release? 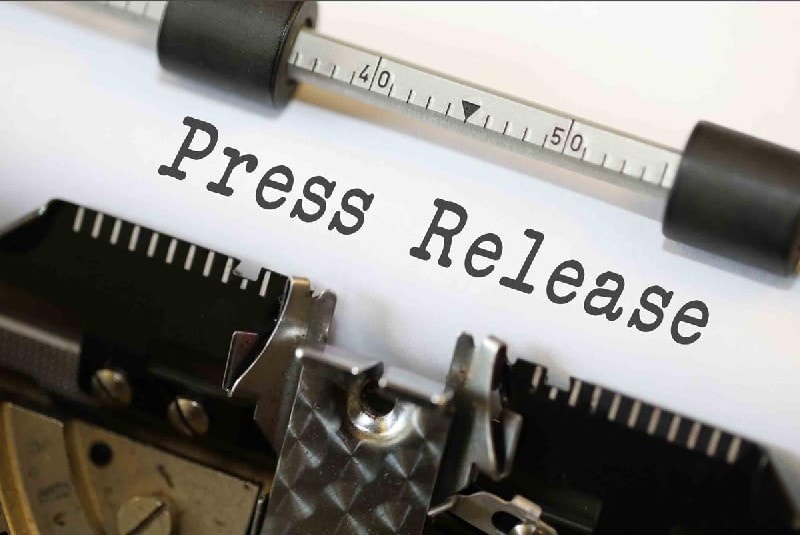 It is not easy to reach a large number of people at the same time.

Even the government uses press releases for announcing any new program provided to the new people and to hold any national-level mission, program, etc.

So here are the following points you should go through after which you will know why people prefer press releases so much for reaching their large amount of target audiences while announcing something.

What are the key points to keep in mind while you form a Press Release?

When you send the written document to the media office the selected team of that office decides if they will publish the information in their channel or newspaper as it has a vital role to play in increasing traffic in their channel.

So, sometimes it is harder to convince the media that your information is worth publishing. So it is crucial to write the document keeping specific points in mind before you send it to the media office.

Here we are going to discuss some of the critical points which you should keep in your head while you write the press release.

Who is the target audience of a Press Release?

Before you start to do press release of your announcement, it is crucial to keep in mind who is the target audience of your release.

Another reason for knowing your audience is that you have to write the document using such languages that the audience is comfortable.  There may be numerous kinds of audience, depending on what you are releasing. So here we will discuss different types of press release content and their probable audience in the following points-

Without the help of the media, it is impossible to reach a large number of audiences.

The press release is undoubtedly an essential part of sharing information among a large number of people. It is beneficial to the people who choose to make any local, national or international level of the announcement.

The press release has a mass appeal and can make an impact on all strata of society and create awareness about any happening. It can make a community stronger by facilitating a smooth exchange of information among the various parts of a societal structure.

How important do you consider the use of Press Release for the businesses in widening their reach and targeting more audiences? Share your views with us in the comments.

Thank you for checking on us, and we hope you visit soon again.