It has been theorized that human beings learn from observing and imitating others. People can learn new behaviors even without motor reproduction or direct reinforcement. Learning is a cognitive process that occurs in a social context through observation and direct instruction. Behaviors that are rewarded are repeated by the learner.

According to Neil Miller and John Dollard’s 1941 book, “Social Learning Theory”, someone’s personality is constituted by learned habits. Julian B. Rotter takes a more holistic viewpoint and examines the relationship between individual and environment.

An individual’s personality creates a range of probable behaviors in conjunction with the social environment. Depending on the kind of reinforcement these behaviors was met with, an individual would learn new behavioral patterns. Albert Bandura studied social learning with a focus on interpersonal contexts.

Environment, behavior, and personality exist in an interconnected relationship where they influence each other. People learn new behaviors from different models including models who actually carry out the behaviors that are being learned before the learner, models who teach using verbal instruction as they tell the learner about the behavior they are expected to learn and how they are to perform it, and symbolic models, which include components of media such as the Internet, literature, movies, television and so on.

The model being observed and imitated may be either fictional or real. While positive and negative reinforcement is a significant component of the learning process, they are not the only basis to ensure the repetition or cessation of certain behaviors. 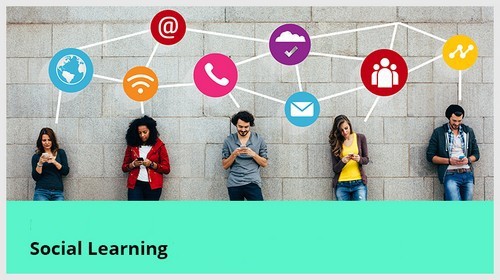 Social Learning theory involves placing an emphasis on observation and imitation of the behavior of models in order to learn new behaviors. It requires the observer to pay attention when the behavior is being exhibited and remember it so that they can imitate it later.

People should also be motivated to remember the details of the behavior and replicate it later, which is where the reward system comes in. Any kind of positive feedback, material or not, will motivate an observer to notice and memories the minutiae of what the model does.

Social learning theory necessitates the use of models for teaching behaviors to observers.

Social learning theory is based on individuals noticing certain behaviors being exhibited within their environment. Depending on whether these behaviors are shown to have positive or negative consequences for the model, the observer might choose to carry them out.

They are likely to continue performing the behavior themselves or stop performing it depending on whether they themselves experience positive or negative consequences. Behaviors that have especially positive or especially negative consequences are more likely to stay with the observer. However, even if the observer learns a new behavior through observation there is no guarantee that they will choose to reproduce it themselves.

Social learning theory has significant applications in the field of marketing because it is relevant both in the context of management and leadership as well as advertising.

The way in which an observer perceives an action is very significant when it comes to advertising. Advertising depends upon presenting a product to the consumer as a source of positive feeling and experience.

No consumer will purchase any product they associate with negative emotions. Advertising campaigns thus lay stress on all the positive attributes of a product, even over exaggerating them so that the consumer notices and remembers the attributes. By watching models display satisfaction when they utilize the product being advertised, the consumer feels the urge to purchase the product so that they can imitate the model and experience the satisfaction as well.

Advertisements show how a product should be used and the consumer observes this and learns a new behavior insofar as using this particular product is concerned. When the consumer sees a celebrity they idolize or generally have faith in because they are a household name modeling a behavior in relation to a particular good or service, they receive the message that they will be able to enjoy the same kind of success that the celebrity does if they observe and then imitate the behavior themselves.

This is basically what the success of advertising campaigns is based on. Any kind of product sales depends on leading the consumer to believe that their lives will improve if they imitate the models that are shown using the product.

As far as leadership is concerned, someone can follow certain steps in order to receive desired responses from their employees using the Social Learning theory. It mostly comes down to acting as a model and displaying behaviors that the employees are expected to learn and providing positive or negative reinforcement depending on the kinds of behavior the employees to learn.

Live modeling can be a more effective way to impart new behaviors to employees than giving them verbal instructions. Subordinates are more likely to respond well to a manager who is willing to carry out the tasks that they are going to impart to the subordinates. It creates a closer connection between the manager and the employee.

Additionally, humans are especially suited to social learning. We learn new behaviors better through observation and imitation than any other means. By watching the manager exhibiting the behavior in question, the employees will receive a thorough understanding as to what exactly they are expected to do. As a result, they will have more success in reproducing it.

Verbal instruction becomes important at this stage. After modeling the behavior that is to be imitated by the employees, the manager should engage with them verbally. They should reinforce the behavior expected from the employees by explaining what they are supposed to do clearly, after having shown them.

On the other hand, failure to imitate the behavior to the manager’s satisfaction on the part of the employee should be met with negative reinforcement. This negative reinforcement may range in severity depending on the kind of failure and its consequences. The employee may be verbally corrected or they may be subjected to formal sanctions, according to the extent to which they are failing to satisfy the standards of imitation expected from them. 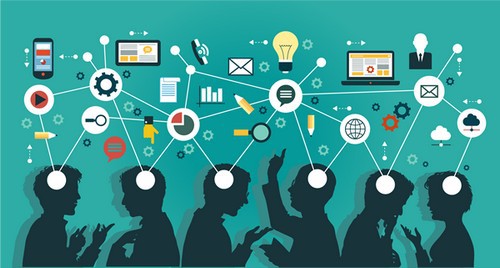 The observer must pay careful attention to the behavior of the model. An employee learning the behaviors expected from them in the workplace must notice all the details of said behaviors so that they can imitate them faithfully. The level of attention paid depends on a variety of factors both on the part of the observer and the model.

The observer must possess a certain degree of perception and cognitive abilities, and be in a state of mind and a position that is conducive to learning new skills. An increased degree of self-efficacy and expectation of positive outcomes on the part of the observer makes the process of learning more effective.

The model exhibiting the behavior must be someone in a position to influence the observer. The behavior itself has to meet a number of requirements, such as being relevant, having functional value and possessing novelty. Advertisements must be formulated in a way to make them interesting to consumers so that they pay attention.

The observer must retain the details of exhibited behaviors before they can imitate them. This too, depends on the cognitive skills of the observer as well as how complex a particular behavior is. Inability to retain a behavior means that the learner must go back to observing the behavior in question.

Workers, especially those dealing with technical jobs must remember the behaviors expected of them carefully. The advertisements that are most effective are the ones that stand out so that consumers retain details about them and wish to replicate them.

This is the actual imitation of observed behavior. Reproduction is the stage where feedback becomes important. Supervision and correction delivered by those who already know the behavior improves the implementation on the part of the learner.

Reproduction can be limited by the actual physical, mental, intellectual or financial capabilities of the observer. A consumer may not be able to imitate the behavior displayed by a celebrity in an advertisement because they simply do not have the monetary ability to purchase the product. Reproduction is, of course, the most important factor for employees in a work setting learning a new behavior. Failure to reproduce the behavior may result in termination.

After attention, retention, and reproduction, the learner must be motivated to repeat the behavior. The observer decides to either continue reproducing a behavior or cease reproducing it depending on the kind of response it gets.