Human beings are social animals and are shaped by their relationship with other people. The self-identity of a person is affected by the ways in which they interact with other members of society. The manner in which a person’s identity develops is not a process that occurs within a vacuum.

Their intergroup behavior, whether they are part of the same group or not, affects their interpersonal behavior. Depending on social structural factors, the behavior of individuals is influenced by a compromise between the two ends of the spectrum that is the interpersonal-intergroup continuum.

The organization can thus introduce modifications to the behavior of individuals by introducing modifications to their self-concept. People adopt behaviors that are associated with the group and displayed by other members of the group as discussed in social identity theory. This phenomenon is enhanced when the individual’s self-esteem increases because of membership within the group.

Concept of Social Identity in Theory

Social identity theory is a theory that deals with the ways in which the individual’s self-concept or the part of it that is derived from being a member of a group can be used to explain intergroup behavior. The theory offers predictions for behaviors displayed by individuals in intergroup relationships on the basis of different variables.

Social identity theory includes matters of group status in relation to other groups, whether the relative status of the group is permanent or temporary, and if society confirms this status and if individuals are capable of leaving the group and migrating to a different group.

The primary tenet of social identity theory is that people seek to become members of groups that raise their self-esteem. This is a kind of positive reinforcement. People need to believe that the group they belong to is superior to other groups to create social identity. Thus they seek to raise the status of the group that they belong to. As a corollary to this, they seek to lower the status of other groups.

People conform to behaviors that are displayed by other members of the group. In the workplace, speaking in general terms, people seek to fit in with their co-workers when it comes to meeting the standards of performance expected from each member of the group.

On the other hand, if the organization is generally accepted to be of low status, then being a member of it means that the employee is in the group that lowers their self- esteem and they will wish to remove themselves from it because it has a negative impact on their identity.

Studies suggest that individuals will even seek to maximize the positive distinctiveness of the group they belong to, that is, the in-group, even if it goes against their individual self-interest. They will work to ensure the success of the in-group over the out-group even if it means they themselves do not directly benefit on a personal basis based on social identity theory.

The ways in which the behavior of individuals is driven by intergroup relationships is very significant in today’s advertisement-driven world.

Advertisements do not only market products to consumers. They market a lifestyle. They offer suggestions to the consumer regarding the ways in which they can improve their quality of life. As mentioned before, people are motivated by the need to increase their self-esteem as per social identity theory.

As per social identity theory in marketing, the individual adopts behaviors that are expected of them as a member of a particular group. Advertisements and marketing campaigns in general play a significant role in the development of these behaviors.

The advertisements modify the group and the group modifies the portion of the self-concept of the individual that comes from being a member of the group.

People also decide whether or not they wish to identify themselves with a particular group based on advertising. If the media frames a particular group in ways that suggest it is a high-status group, belonging to which would heighten the self-esteem of the individual, then the individual categories themselves as part of the group, changing their self-concept as a result.

Conversely, a group that comes across as low-status would not be enticing and an individual would not wish to become part of it, or would wish to leave it should they already happen to be a member of the group.

Additionally in social identity theory, if the media presents a group, for instance, the female sex, in a particular way, through advertising campaigns, then women who do not exhibit the behaviors that are shown in these ads feel reluctant to categories themselves as part of the female sex because they do not feel they are conforming.

Their self-identity is negatively affected because the behaviors that they associate with positive feelings are not the behaviors generally expected of the members of the group they belong to.

Consumers may come to categories themselves as part of the same group as a company. Brand loyalty is significant here. This is customer-company identification; which brands are constantly pursuing. Bhattacharya and Sen’s 2003 research is based on how social identity theory can be used to explain why consumers become attached to certain producers of goods and services over others.

Members of an organization define themselves in the context of oneness within the organization. Members of brand communities engage in certain behaviors on a collective basis because of their attachment to a particular brand.

They can define a product in terms of whether they identify with or not. Individual consumers modify their self-identity and use a brand to define themselves. Then they consider themselves part of the in-group that is made up of other consumers who identify with the brand.

The brand is marketed to the consumer in a way that increases the consumer’s self-esteem because there is a link between their behaviors and a well-established image that others already identify with. Brand identification is useful for managers who can continue to develop the brand image in ways that will be appreciated by consumers who derive their self-concept from membership in the customer-company relationship. 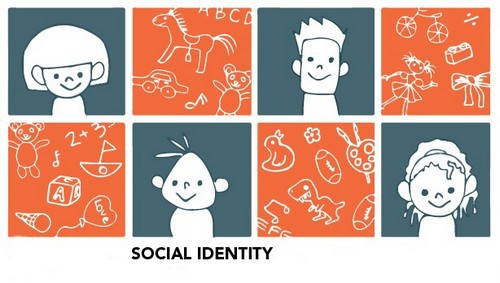 People take actions that provide them with positive reinforcement. In other words, they behave in ways that will positively influence their self-concept. They join groups and modify their behavior in accordance with intergroup relations because it aids them in maintaining positive social identity. They seek to elevate the status of their own group and lower the status of out-groups.

2) Status of the group

There are high-status groups and low-status groups. This is especially significant in the wider social context of gender issues, race issues, and so on. Even when the groups concerned are business organizations, or smaller groups of employees within a particular organization, the relative statuses of groups are important.

Because people are motivated to attain a positive self-concept, and that is not compatible with being a member of a low-status group, the members either disassociate themselves from the group or suffer from lowered self-esteem. A group may be low-status in a stable, lasting way or it may be possible for it to become high-status. On the other hand, a high-status group may be one permanently, or it can become low-status.

Members of a low-status group may seek to migrate to a high-status group if the option is available to them. This kind of migration is not possible for groups like gender, race, and so on, but it is very significant when it comes to the workplace.

An employee will seek to leave a low-status group or a group that does not modify their self-concept in positive ways in favor of a high-status group or a group that does enhance their self-concept positively, respectively. They will make individual mobility their priority and will try to work to secure their own interests, rather than the interests of the group.

4) Comparison between groups in theory

This is where social competition occurs. In a scenario where two or more groups exist in a context where they compete with each other directly, members of one group will seek to ensure that their group succeeds in comparison to the out-group.

In-group favoritism becomes the priority. People actively try to secure resources for the group they belong to and deprive any out-groups of those resources at the same time. Social competition tends to occur when leaving the group is not a likely option and the status of the group is unstable. This motivates the members of the in-group to work in favor of their group.

There are various examples of social identity theory.