Home » Marketing » 3 things you should learn from competition 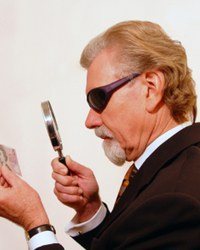 This is especially applicable for people who are just starting up and are lost. What to do and how to go ahead are the most common doubts which any businessman has. And the answer to this question can be learned from competition. Each business has its own unique story and the story moves forward when the right decisions are made. In each of this story is a villain who would be the competitor. The hero (your business) has to defeat the villain and move forward. For this, you will have to be better than the villain. So what does this tell you?

Do things better than the competition. Fear squashes strength and analysis makes you more powerful. So analyse your competitors instead of being afraid of them. For this, you will have to study and learn from competition. Look at the competitor closely and then take moves which make you stand apart. Expand your product line, go niche, capture a new territory, advertise and brand yourself, or do anything and everything which takes you a step ahead of the competition. However, never become a “me too” product. Don’t copy the competition, make your own stand by aggressively introducing your own blend of products and strategies.

What not to do

For every business that succeeds there are 100’s that have failed. As mentioned at the start of the article, competition is omnipresent. There is current competition, there will be future competition and there was competition in the past which has failed. Why did they fail? What are the things that you should do so that you do not fail? And more importantly, what not to do to succeed in a competitive environment? All these questions will be learned from competitors who are NOT climbing up the ladder or who have failed in their quest.

I had written an article on gap analysis and the process of Gap analysis. In it, I also explained the importance of finding the gap between yourself and your competition. The most important thing you can learn from competition is the GAP. The gap exists in the current standing of your business and the future potential which your business can achieve. At the same time, the gap also exists between the services and products being sold in the market by your competitors and the one being sold by you.

How does Samsung achieve so much fame? It is by covering gaps. Samsung has a humongous product portfolio –  one which is expanded every single month by introducing more and more phones. All Samsung is doing is plugging the holes so that the competition does not enter. Every new phone brings a new target segment which wants a different variant or variety. Samsung introduces that variety and captures that target market as well.

The reason Android OS and Apple IOS was able to gain so much success in the last few years was because they covered a gap. People using phones were smart, but phones were not becoming smarter. Phones were being used for the same old dull reason of calling and texting each other. First Apple and then Google covered the gap of what people wanted and what mobile phones were offering by introducing their operating systems. Now you can practically do anything on your mobile phone which you were previously doing on your desktop. And all this change happened within a decade.

Cover a gap between supply and demand and you will surely succeed. For this, you need to study the competition and the products which are already being supplied by competition. Then you need to study the market and you will get an idea of the gap that exists. This will help you find a new product or a service which can be introduced in the market.

Thus, there are many many things which you should learn from your competition and from your close competitors. Do not be in your own world. Go out and learn from others what they are doing and then do it better and show the world what you are made of.