Home » Marketing » What is Marketing Myopia? Definition, Causes and How to Avoid it

Marketing Myopia was first coined by Theodore Levitt, editor of the journal Harvard Business Review, and it refers to the often myopic view that a business might get where it looks at the business’s own goals rather then focusing on the needs and wants of the customers. Looking at the market from a myopic perspective results in the company ignoring the many opportunities and possibilities which the market represents. It also stops the growth of the company if the company is myopic in nature.

Marketing Myopia was actually the title of a marketing research paper of Mr Theodore Levitt which was first published in the year 1960 in the same Harvard journal.

According to this theory, marketers should be more interested in understanding the existing marketing conditions and try to modify the organization and its products depending on the research made. This approach contradicts the traditional way of marketing in which the company and its potential to manufacture products are given greater importance over creating products that are capable of negotiating the existing market conditions. 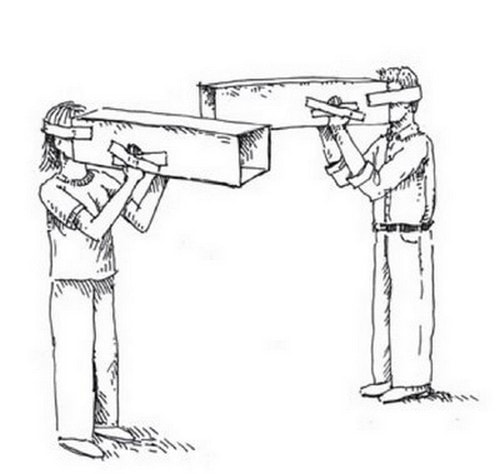 In his attempt to make the theory interesting as well as adaptable to the marketers, Theodore asks an important question, “if Hollywood were into television rather than movies, wouldn’t it have profited more?”

This question and its underlying explanation also make it for an important case study and serve as a strong example for Marketing Myopia. The reason being, we all know that a huge chunk of human as well as financial resources are being invested in Hollywood to make movies. However, only a mediocre part of those projects are being successful and making money. But, what if a part of this Hollywood crowd and production houses start concentrating on Television?

Also Read  7 Types of Marketing Campaigns based on Marketing Channels

It might sound strange, but it’s true, because TV has a greater potential to make money if right amount of resources are invested into it. There were not enough studies or reports available at that time to prove Theodore was right. However, studies conducted later on showed that Hollywood would have made more money had it started catering to the needs of Television market, which has a much wider customer base in the entertainment sector.

After Theodore’s point was proven practically, Marketing Myopia Theory (MMT) started gaining importance, as more and more Hollywood companies have started investing in the Television. Today, most of the Hollywood’s renowned production houses such as the Twentieth Century Fox, Sony, etc have their own production houses that are exclusively devoted to the TV audience only.

Here is a video by Marketing91 on Marketing Myopia.

Both marketers and advertisers can use Marketing myopia theory to a great effect in understanding “if” they are catering to the needs of the right market. They should also be constantly looking to find out answers to questions such as, “What if they were to cater to a market with huge consumer base? What kind of marketing strategies should they adapt given such scenario? How to strike a chord between the supply and demand, such that they complement each other? ”

In short, Marketing Myopia Theory suggests an organization to

Thus, according to the MM Theory, for an organization to be able to cater to the needs of a market, it not only needs to be technically sound but also consumer oriented. It should also be able to understand the basic needs of the consumers and conduct regular research to find out various ways of improvising its products in an attempt to retain consumer’s interest for as long as possible.

Also Read  Market Demand: Definition, Examples and How to Calculate

It should also keep looking at various possible ways of adapting itself to the ever changing market conditions and demands, only then can it survive the ever increasing competition.