Aspirations, expressed as strategic intent, should lead to an end; otherwise they would just be castles in the air. That end is the vision of an organization or an individual. It is what the firm or a person would ultimately like to become. For instance, some of you, say in 10 years, or may be even earlier, would like to become general managers managing an SBU in a large, diversified multinational corporation. Or some others among you would like to believe that you will be an entrepreneur in 1015 years owning your own company dealing with IT services and employing cutting edge technology to serve a global clientele. A firm thinks like that too.

Witness what Tata Steel says about its vision: “Tata Steel enters the new millennium with the confidence of a learning, knowledge based and happy organization. We will establish ourselves as a supplier of choice by delighting our customers with our service and our products. In the coming decade, we will become the most cost competitive steel plant and so serve the community and the nation.” A vision, therefore, articulates the position that a firm would like to attain in the distant future. Seen from this perspective, the vision encapsulates the basic strategic intent. 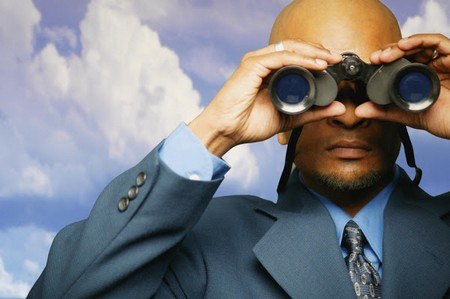 A vision is more dreamt of than it is articulated. This is the reason why it is difficult to say what vision an organization has. Sometimes it is not even evident to the entrepreneur who usually thinks of the vision. By its nature, it could be as hazy and vague as a dream that one experienced the previous night and is not able to recall perfectly in broad daylight. Yet it is a powerful motivator to action. And it is from the actions that a vision could often be derived. Henry Ford wished to democratize the automobile when he visualized that an affordable vehicle could be available for the masses. Walt Disney probably wanted to make people happy.

Vision has been defined in several different ways. Kotler (1990) defines it as a “description of something (an organization, corporate culture, a business, a technology, an activity) in the future”. El Namaki (1992) considers it as a “mental perception of the kind of environment an individual, or an organization, aspires to create within a broad time horizon and the underlying conditions for the actualization of this perception”. Miller and Dess (1996) view it simply as the “category of intentions that are broad, all inclusive, and forward thinking”. The common strand of thought evident in these definitions and several others available in strategic management literature relates to ‘vision’ being future aspirations that lead to an inspiration to be the best in one’s field of activity

The Benefits of Having a Vision

Parikh and Neubauer (1993) point out the several benefits accruing to an, organization having a vision. Here is what they say:

The Importance of Strategic Planning in an Organization

What are Dynamic Capabilities and their role in Strategy?

What is the Importance of Mission Statement to an Organization?