In a complete ongoing process of globalization, business is required to keep pace with the fast changing systems. In order to remain competitive, companies need to evaluate their competitive advantages. Various strategic models such as Porter’s generic strategies, SWOT or Porter’s five forces need to be updated to the current factors shaping the business environment.

Therefore, big companies such as Microsoft, Lego, Arla Foods, Nestle, Ikea, have been basing their strategies by conducting bench marking. A useful tool that can help in evaluating the strengths and weaknesses of the company is the competitive profile matrix also known as the CPM matrix. 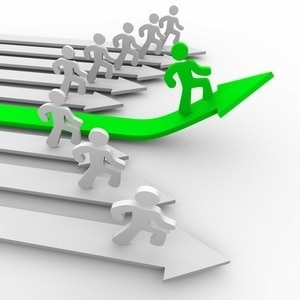 Through the competitive profile matrix, companies can find out – which are the areas where they need to be strong in, and which are the ones where they need to improve. They can do this by analyzing their main competitors in the market and asses them based on several success specific factors. These factors, on which the analysis is made, depend greatly on the industry in which the company is operating. Such factors could be: market share, range of products, brand reputation, etc.

If you want to develop a competitive profile matrix, the first step is to define your competitors. Once you have finalized the competitors you are going to focus on, you need to decide the most important factors which are needed to be successful in the respective industry. Once these factors are identified, you need to identify the factors in which your competitors are strong or weak.

Once you have decided a factor for making the matrix, than for each factor, a weight and a rank is going to be assigned. The weight can range from 0.0(low importance) to 1.0 (high importance) and indicates how important the factor is for succeeding in the industry. The ratings present how well are companies doing in each area and it ranges from 4 to 1, from the highest strength to the highest weakness. Afterwards, the weight is multiplied by the rank, resulting the score. The company with the highest score proves to be stronger than its competitors.

Let’s take an example of the competitive profile matrix with the company Arla Foods, which is the largest producer of dairy products in Scandinavia. As the company has been expanding greatly in Scandinavia, holding approximately 85% of the market share in this region, they continued to follow their expansion also in Europe and in Africa. Africa represents a great challenge for them as the way business is conducted on this continent differs greatly when compared to the others.

One of their current plans is to approach the East African market through milk powder initially. The thing that they have taken into consideration consists in mapping all the potential direct competitors for the small sachets of milk powder. Following a market research, they have identified that in Tanzania, the primary focus country, there are two main direct competitors: Cowbell (a Swiss manufacturing company) and Moregold (a Tanzanian milk powder company).

The research was done with the help of a Competitive profile matrix which is shown below. As you can see, the factors selected for the dairy industry were brand reputation, market share, low cost structure, variety of distribution channels and others. All of these factors were weighted and a score was calculated. This score showed that both Cowbell and MoreGold were very strong competitors in the market for Arla foods.

The competitive profile matrix or CPM matrix is used as a tool in decision making. However, as many other business models of strategy, the competitive profile matrix it has its own drawbacks. The main drawback consists in the subjectivity of the person conducting the analysis, as the weights and ranks differ on personal interpretation, assumptions values and beliefs.

Also Read  What is Transnational Strategy and its role in Marketing ?

The lack of quantified data is another major disadvantage of this tool, as the disadvantage in one factor can be paid off by an advantage in another one. Lack of information can also create difficulties in this analysis, as gaining access to this kind of private information can prove to be rather difficult. Therefore, the CPM should be used as an orientation tool for getting a bird’s eye view on the point where your company is standing as compared to your competitors.