There is considerable confusion in management literature regarding the various terms used in strategic management. A recent survey by the American Management Association revealed that respondents found it difficult to define policy, and differentiate between strategy, policy and objectives, further compounding the difficulty.

According to Andrews, strategy, policy and objectives embrace a range of statements from the “broad” and “important” to “narrow” and “unimportant”. Policies get merged into procedures and procedures into rules. Strategies get blended into tactics, resulting in an “end-means continuum”. This can be illustrated by the following example.

Suppose a company decides upon a sales growth of 35 per cent and desires to achieve this by acquiring other companies, instead of introducing new products. Acquisition in this case can be considered as a strategic option chosen by the company. The company will then have to decide on the size of the firm to be acquired. If it decides on acquiring a small company, this becomes the objective. 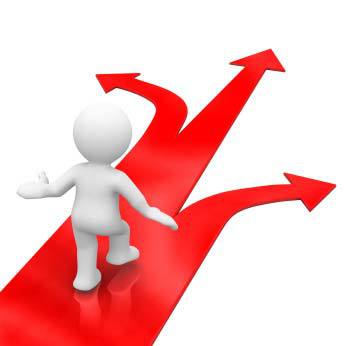 The word strategy has entered the field of management more recently. At first, the word was used in terms of Military Science to mean what a manager does to offset actual or potential actions of competitors. The word is still being used in the same sense, though by few only. Originally, the word was derived from Greek ‘Strategos’, which means generalship. The word strategy, therefore, means the art of the general.

When the term is used in military sense, it refers to action that can be taken in the light of action taken by opposite party. According to Oxford Dictionary, ‘military strategy is the art of so moving or disposing the instruments of warfare (troops, ships, aircrafts, missiles, etc.) as to impose upon the enemy, the place, time and conditions for fighting by oneself. Strategy ends, or yields to tactics when actual contact with enemy is made’.

In management, the concept of strategy is taken in slightly different form as compared to its usage in military form; it is taken more broadly. However, in this form, various experts do not agree about the precise scope of strategy. Lack of unanimity has resulted into two broad categories of definitions: strategy as action inclusive of objective setting and strategy as action exclusive of objective setting. Let us see some definitions in these two categories in order to conceptualize strategy properly.

“Tomorrow always arrives. It is always different. And even the mightiest company is in trouble if it has not worked on the future. Being surprised by what happens is a risk that even the largest and richest company cannot afford, and even the smallest business need not run.” Peter Drucker