One of the things which is common in the 21st century is competition!! Go in any business and you will find competitive rivalry already present. Why the rivalry between competitors rises, and the factors contributing to it is what is discussed in this article.

The degree of competition always varies between competitors based on the industry they are in. For example – you can expect a lot of competition in the fmcg market, but lesser in the petroleum industry simply because the latter is government regulated. It is not necessary that competition will always be bad for business, competition can be good as well.

A company will fight a price war with the other companies and suffer in its profitability. But at the same time, if all the companies in an industry are advertising, the demand of the complete industry shoots up. This is something we have already observed in the E-commerce market, where all players in the E-commerce sector have seen an increased demand because each one of them is advertising on the benefits of buying products online.

The degree of competition between companies and within an industry depends on 10 factors. These can be known as the factors contributing to competitive rivalry. They are as follows.

If the opportunity in the market is very high, then the competition rises at a frantic pace, and the competition is tough too. An example of this is the Home PC market of 1980’s which saw strong companies like Microsoft, Apple, IBM and several others rise and fall.

The 3 brands mentioned stuck around, but several others like Atari and Timex failed to make a mark in the Home PC market. Similarly, when a market promises potential, you will see the competitive rivalry rising fast. 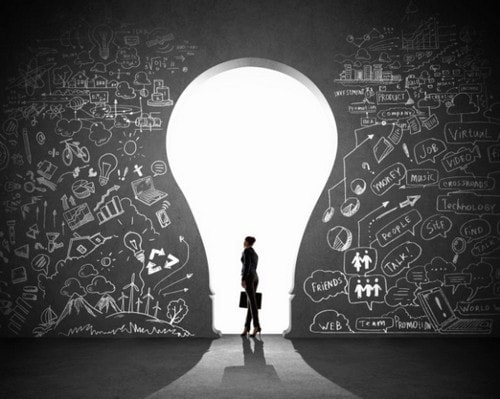 A problem which is facing most localized businesses is the ease of entry of foreign entrants. A hotel which is in Territory 1 can also enter territory 2 and territory 3 or even territory 10 easily. For them, this is a new area where they have to enter.

However, hotels which are already existing in territory 2 or 3 will see this new hotel as a competition and will try to dissuade it from doing business. They will adopt competitive strategies to maintain market share in their own territories. This gives rise to increased degree of competition and an increase in competitive rivalry.

3) Nature of the product

How easy is the manufacturing or procurement of the product determines how tough it is to get into the market. The prices of Diamonds and gold is always shooting up. And more and more we see, the companies which are large jewellery buyers and sellers are surviving in this market because they hold larger quantities of these rare products. And hence they demand higher margins as well.

But if it is a bathing soap which can be manufactured anywhere, then we see the competition rising instead of the price rising. Even a dollar change can impact the soap market as there are just so many competitors in it. Moreover, as it is easily manufactured, many top companies put a foot hold in this market, thereby causing the competition to rise for the players in the industry.

A problem facing telecom operators as well as Airlines is the exit barriers in these industries. These industries have so many assets, that they just cannot decide to leave the assets and close business. As a result, even though profit is less, they have to survive because otherwise there is a huge loss involved. Thus, as the exit barriers are low, the competitors stick around, raising the overall competitiveness of the industry.

In the end, the old competitors who are making a loss, fight on the basis of price, or value added products, with new competitors, thereby making a ruckus of the complete industry. The result is that very few of the operators actually earn a profit and if they do, it is very less. But the industry still promises huge rewards whenever one of the competitors exits the industry.

Imagine for a moment that you are a pen salesman. There are 10,000 different types of pens in the market, each of them selling and each of them having its own demand. It is a homogenous market. The product is required, and there are very few differentiating points in the product. So because of the homogeneity of the market, the competition rises.

Still, the market can be differentiated by targeting the frequent users or occasional users. Like Parker pens and Mont blanc market themselves on the basis of status. Hence, their pens are different from the homogenous market. But if you talk about Reynolds, Cello, Link pens then most of their products are similar or same, thereby causing a rise in competition between the companies and within the industry.

6) Commitment to the industry

There are some brands in the market who are hyper committed to the industry they are in. For example – Gillette is a known Razor blades manufacturer and that is all it does. It literally dominates that market. So it is a clear industry leader. If a new entrant enters the market, it will find it hard to exist in the market for long.

Still in the US, the Dollar shave club is challenging Gillette by delivering personal grooming products directly to the end customers. This means there are 2 players who are now hyper targeted towards the shaving industry. How many more do you think can enter? And even if they do, will they be as large as Gillette? When the commitment to the industry of a competitor is very high, and they are leading that industry by a big margin, competition becomes over bearing. 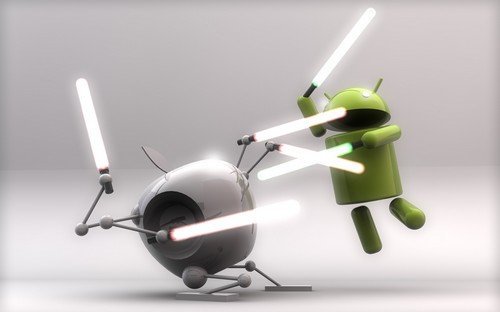 When technology is the major reason for the industry to exist, then it becomes one of the driving factors for competitive rivalry. Looking at the Smartphone market, we can easily see that each of the smart phone makers is bringing a new technology in the market (hardware or software based)

Whenever they bring a new technology, they go for a skimming price and get maximum mileage out of the new product. As the product is copied by other manufacturers, this product becomes old and the technology is adopted in the market fast. Then they have to search for something else. What this does is, it makes the whole market competitive, and the leader is the one with the latest technology.

So when Apple launches the IOS with the Apple Iphone and Ipad, Samsung launches the Galaxy and the Edge series as well as Galaxy tablets, and the other competitors soon catch up, all the time promoting the top players to keep searching for new technologies so that they can remain competitive.

Whenever a business has a higher fixed costs, then it has to achieve economies of scale else it will suffer huge losses. If you have assets which are fixed and which are costly, then these assets have to generate revenue, otherwise there is no meaning of having these assets and the cost will outweigh the profits from it.

A similar case was observed in the Fight between Northwest airlines and Spirit Airlines. In Detroit, USA, Northwest airlines had a 73% traffic of the complete airport at one time. At that time, the fare was $170. A new start up, Spirit airlines came in and started offering $49 as the one way fare for select flights.

As Northwest could not afford to lose the Detroit airport traffic, Northwest slashed all its fare from $170 to $49 for all its flights. As a result, Spirit airlines had to walk out of the airport and had to raise its own prices. Consequentially, Northwest again rose the pricing to $170 and took back the traffic that belonged to the airlines.

Also Read  Benefits of CRM and how CRM can boost business

If a competitor has already achieved Economies of scale, then fighting against that competitor is difficult because it already has high fixed costs and it will have to make up revenues to match the fixed costs invested. This is why there is huge competition between large companies involved in large scale manufacturing (like Reliance vs Aditya Birla). 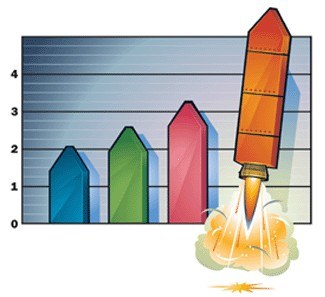 As i hail from India, i can tell you right now that the Economic conditions are right and favorable. The Digital India campaign as well as “Make in India” are two initiatives by the government which are helping entrepreneurs. Naturally, online entrepreneurs like myself are having a field day, by entering industries which were previously unthought off.

This in turn raises competition for old players by new entrants as the economy is favorable. Uber and Ola have causes a lot of ruckus because of taxi drivers being unhappy. Swiggy has literally taken out Dominos and McDonald’s because it allows delivery from your favorite restaurants (which did not have the home delivery option).

So if the Economic climate is positive, there will be more new entrants in the market, causing the competition to rise and the competitive rivalry to increase.

Overall, these are the 10 major reasons for the rise in competitive rivalry. One of the marketing tactics which beat all of these reasons and which can help you rise is Differentiation. With differentiation, you can beat all your competitors, provided you differentiate as per the liking of your customers. Easier said then done :)

What do you think? Why is the competitive rivalry high in your sector?