There are various Categories of Adopters which are defined in the concept of diffusion of innovation. These adopter categories are the reasons that a product gets adopted and move through the product life cycle. There are 5 Such Categories observed. Lets learn more in this article.

The adopter categories or types of adopters is a term used to refer to that classification of the demographics on the basis of their willingness to explore or start using a new product that has been recently launched in the market. Here the term adopter is used for those individuals who are beginning exploring a dosing new product. Based on their characteristics, there are principally 5 types of adopters.

What are the Adopter Categories?

Adopter categories are a term referred to the classification of the customers on the basis of the products that they buy which has been recently launched in the market. This term is known as the adopter categories because here the adopters are being categorized.

Now, this adopter is those people here who are being classified by the product that they choose to explore and start using. Also, the adopter categories refer to the classification of the consumers by the amount time that is being invested by that particular consumer and the level of willingness with which that customer is trying that product.

Here the adopter categories not only define the classification that is done on the basis of the goods that are being used, being tried, or being explored; but also the services that the customers avail that are being offered in different types of markets.  Now the adopter category is also categorized on the basis of the method in which the consumer is adopting the product during the several stages of the life cycle of that particular product.

These adopter categories are in some ways related to the ‘Diffusion of the Innovation Theory’ in the year 1962 by sociologist Everett Rogers. So far this has been applied to several different studies, for example, organizational studies, marketing, complexity studies, communications knowledge, etc.

Now, these adopter categories are used extensively in the marketing industry of the present day. This is more popular in markets where new products are launched and the consumers get plenty of opportunities to explore this.  Adopter categories form an important part of the product adoption theory.

Then among all of this, the social network analysis is that one particular area in which the adopter categories are especially relevant. Now as once Roger said, not all the customers are equally motivated enough to adapt to new kind of technologies that are being launched every other day.

Thus, on the basis of how the customers adopt new products or start using them or even exploring them, Roger classified them into different categories.

Now seeing such diversity among the consumers in the market, they have been divided into majorly five different categories, these categories are- innovators, early adopters, early majority, late majority, and laggards. These five categories were finally made on the basis of the research. 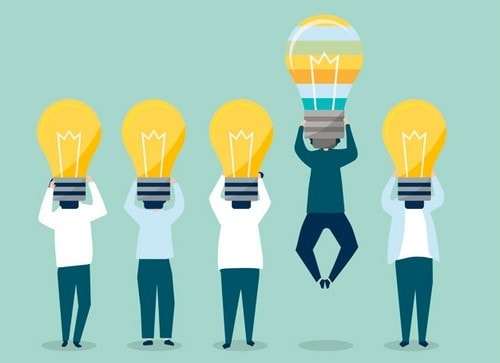 The people who come under this category are mostly risk-takers and newly launched products enthusiasts. They are the ones who always keep an eye on the products that are being launched in the market. These are the ones who do not even for a second hesitate to try out a new product.

They love to explore new possibilities that come with products that are being newly launched in the market. They are quickly adaptive to new technologies. And the sole reason behind this is that they are new. These are the most venturesome among all the five and quite curious. Thus, they are called ashen innovators.

This category of adopters comprises less of risk-takers. They like to analyze the different aspect of things before they can be fully assured that they are going to buy that product. They won’t go out in the market and buy any product that is new as soon as they first see it.

They will take some time to think, analyze and understand. But even though they like to investigate, since they care more about their reputation, they would eventually buy those products in most cases.

This is because they want to remain ahead in line for those people who like the new technologies that come in the market.

The people belonging to this adopter category are generally those tend to adopt a newly launched product or any new idea that is flowing in the market soon. But they are not as impulsive as the innovators or the early adopters. They take quite some time to analyze the product in depth. They also execute other factors like price, features, and warranty period.

This segment of the demographics is leading the market today and has covered almost one-third of the entire market. Over time they have built their impression as an average social status and are far from being the opinion leaders.

They do not just buy the product as it gets launched. They mostly enter the scene when the product is in its growth phase. Also while purchasing the products, they fist check its utility and other practical benefits and only then do they go for it.

Also Read  Confusion marketing and the confusion that it causes

Late majority is that amongst the adopter categories follow after the early majority. They are far from being the risk-takers. They are considered to be quite sceptical.

Also at times, their social status is deemed to be those of the below-average ones.  And their financial liquidity is also very less as compared to the early majority ones. When considering the target market, they cover approximately 36 percent of the segment of the target market.

Mostly when the product has grown enough in the market and is in the phase of the late growth or the maturity phase that is when the people of the late majority group consider buying that product and then trying it out.

They share some of their traits with the early majority ones, but then they are always more cautious before they commit to buying any products.

This is the last in the list of adopter categories. This group is considered to be the slowest one when it comes to adopting new ideas or new technologies. They merely avoid taking a risk and prefer playing it safe. They are just not at all enthusiastic about embracing new ideas or products.

They only tend to do so when they are being forced by their peers or in the cases in which everyone has already adapted to those products now it looks safe enough for them to adapt it too.

The people of this group are mostly considered to be conservative. They are very much pricing conscious. These are the most traditional of them all with old kind of thinking. They start to use a product when wither it is its old maturity phases or maybe at the diminishing phase. 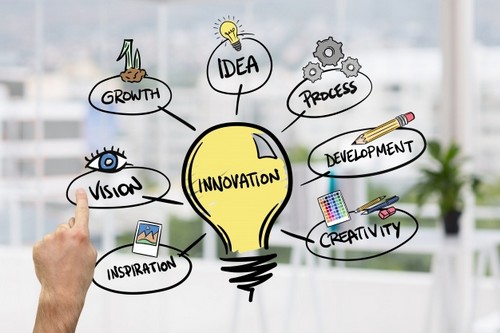 Now that we know about the multiple categories of the adopter categories let us understand them by multiple examples. So here are a few examples that describe these categories in an even much better way-

Also Read  What is Lead Management? Meaning and 9 Steps

Innovators – Now since these people love to explore the new product, they will be the first ones to visit the apple store to buy the latest launch be it an apple watch or an iPhone.

Early adopters – The best example of this can be taken from India in which people have started availing the benefits of the e-commerce industry.

Early majority – the perfect example for this category would be those people who have started using the cloud services in recent times.

Late majority – the pole of this category are those who have just started to use debit and credit cards.

Laggards – An example of this category would be those people who have started buying the iPhone 4 now when the Apple Company has already launched the iPhone X.

What is the use of the Adopter Categories?

Also by categorizing these adopters, it becomes easy for the marketing managers to analyze how there are fundamental changes in the behaviour observed.  These behaviors are based on the fact that how the customers approach products, what they think about it and how much are they willing to buy it.

This is done so that the companies can get valuable information regarding the productiveness of the business. Thus, the adopter categories are a general analysis of the various types of customers who profoundly affect the entire marketing system. Analysis of adopter categories is especially useful while the new product launch in the market.

These adopter categories are classified on the basis of how they approach the products that are launched in the market and how this affects the growth of the company and in general the overall business industry.