Perception is a Latin word that can be defined as the ability of a person to see, hear, feel, regard, and understand through sensory means. Every human being has a different perception because each human being sensed and follows a situation in a different way. A person can be happy in a specific condition whereas at the same time another person can be unhappy in the same condition.

The way each human being perceives anything is defined through his perception. Therefore, if you want to understand the behavior of a person or why he behaves in a certain way, then it is essential to understand the concept of perception. This will not only help you know other people better but will also help you in creating healthy relationships with them.

Keep reading this article to learn about perception and perceptual processes. 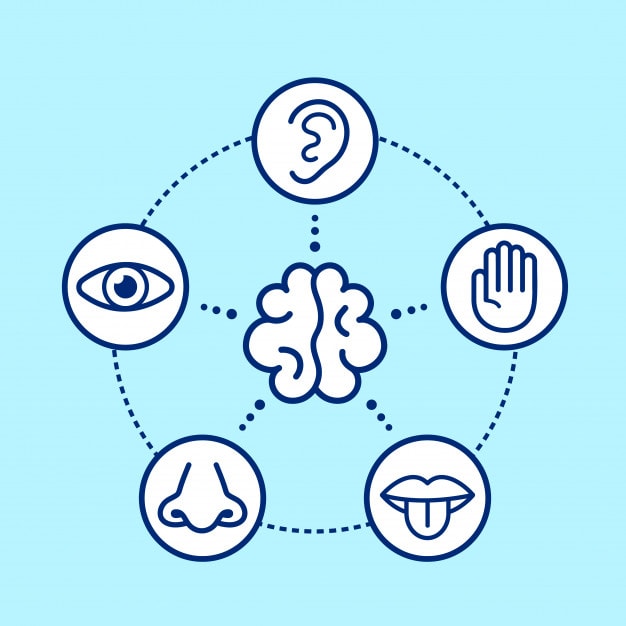 The definition of perception can be the awareness of somebody towards something. It could be one’s feelings, thoughts, or social surroundings. It is a perceptual process through which one experiences the world. For example, different people can have different perceptions for one sound of music, such as one might find rock music as noise, and others can find rock music motivating. 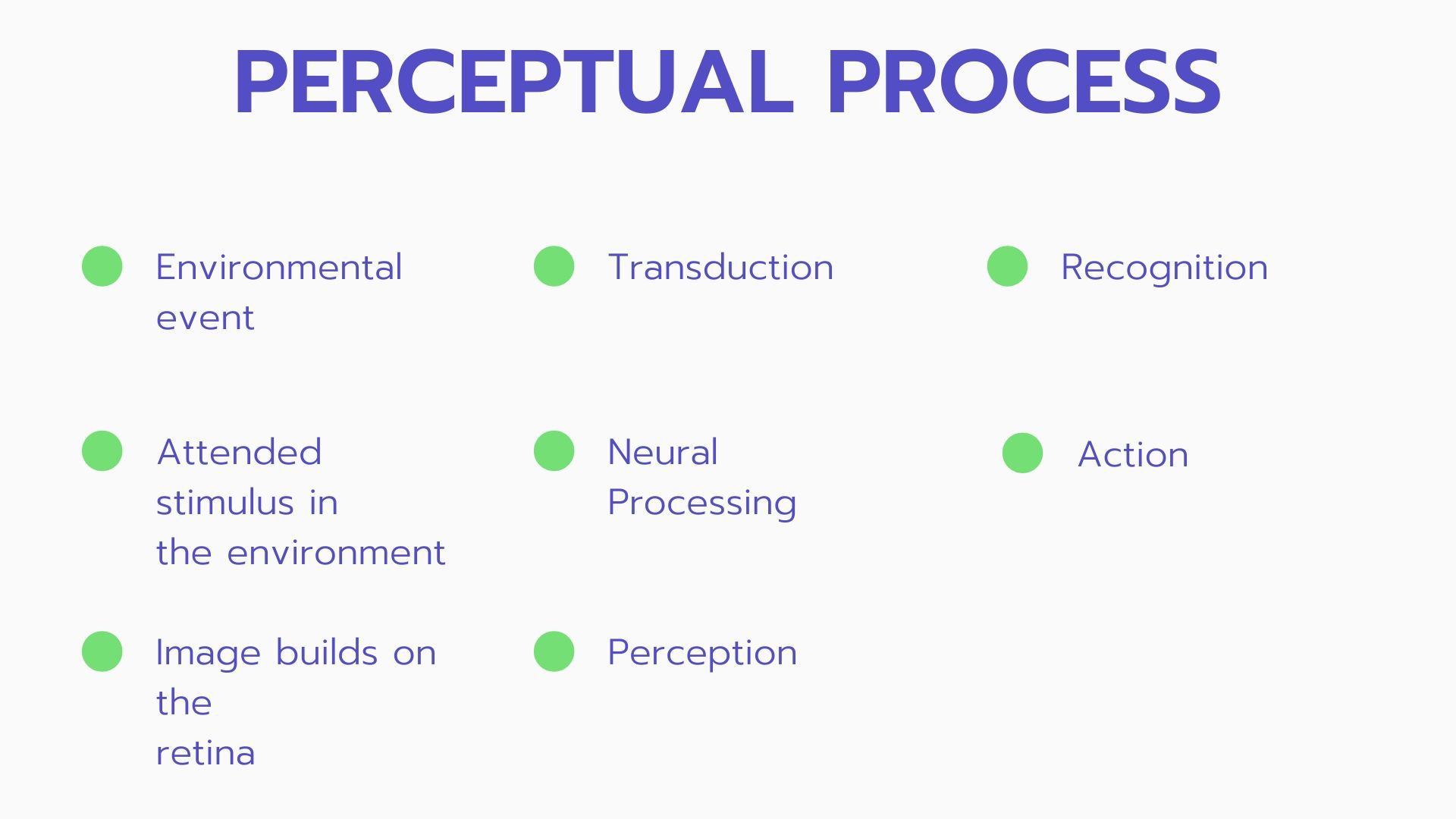 A perceptual process involves a set of steps that evokes with the environment and helps us in generating perception for a stimulus and the required action to be taken in the situation. The perceptual process is a continual process. Therefore, an individual does not spend a lot of time thinking about the process to react to a situation that takes place around him at a given point in time.

Take the example of light falling on your retina. The process of transforming the light that falls on your retina into an image happens automatically and unconsciously. You are not required to put effort into getting the output.

Steps involved in the perceptual process:

The world that occurs around us is full of various activities that might attract our attention. An ecological event or stimuli can be referred to as anything that happens in our environment and has the potential to be perceived by us.

For example, when you travel in a train, you come across various environmental stimuli that grab your attention such as the trees on the sides of the rail tracks, clouds in the sky, people standing on the railway station, a person selling water bottles in the train, people sitting by your side and talking to one another, sound of announcements, etc. All of these events are examples of environmental stimuli taking place around you and can serve as an initial point of your perceptual process.

Step 2: The attended stimulus in the environment:

Step 3: Image builds on the retina

In this step, the image of the attended stimuli creates on your eyes’ retina. In the process of creating an image on your retina, light first enters the eyes then pass through the cornea, pupil, and finally to the lens of the eye. The light is focused with the help of the cornea after it enters the eye. Both cornea and lens help in building the inverted image of the object onto the retina of the eye.

Also Read  What is Public Relations? Concept, Examples and Advantages

You must have learned that an inverted image of an object is built on the retina of the eye. The image formed on your retina might not be vital because you do not yet perceive it. The visual image created might become more useful in the next step of the perceptual process.

The next stage of the perceptual process is transduction. In the process of transduction, the image built of the retina is converted into electrical signals. These signals are used to send messages to the brain so that it can interpret the meaning of the image.

The retina of a human eye consists of several photoreceptor cells. These photoreceptor cells contain two types of protein that are known as rods and cones. The rods in the retina of a human eye perform the function of seeing things in the low light. On the other hand, cones are used to detect the color and shape of the image at an average light level.

Both rods and cones consist of a molecule known as retinal. The role of retinal is transducing the light into visual signals that are further transmitted with the help of nerve impulses.

The next phase is neural processing. The electrical signals generated, undergo neural processing. There can be two types of signals, such as auditory signal and visual signal. The path followed by each signal depends on the type and nature of the signal. The electrical signals are communicated from the receptor cells to the brain with the help of many series of connected neurons present throughout the body.

For example, in the previous case, the image of the signboard on the railway station is received in the form of light on the retina, which is transduced into an electrical signal and processed with the help of series of neurons in the visual network.

However, there is still a difference between becoming aware and becoming fully aware of the stimuli perceived by us. In the next step of the perceptual process, the information perceived by us is further categorized into meaningful categories.

The process of perception does not only end with our mind consciously becoming aware of the stimuli, but our brain also needs to understand the meaning of what we are seeing and to interpret it. Our ability to understand and interpret the purpose of the object that we see and sense is called recognition.

From our example, now you can not only see but also understand the meaning of the written text on the signboard. The recognition step is essential in the perceptual process because, through recognition, we make sense of the world that exists around us. By making sense of the objects and interpreting their meaning, we can react correctly to the world living around us.

The last and the final step of the perceptual process is the action taken by an individual in response to the environmental stimulus. There can be different types of activities in response to the one stimuli. For example, you might act with your head-turning in a particular direction or action by involving your hands.

The action stage of the perceptual process involves some motor activity that takes place in response to the perceived stimuli. In our example, you might act according to what information is written on the board. For example, if you read a sign written, “take a left,” then you will respond by turning your face in the left direction and walking in that direction.