A series of Advertisement messages which have a single idea or a message or a theme is called an advertising campaign. The sole purpose is the mix of integrated marketing communication. Many different combinations of media are used to promote the particular concept of advertisement. These campaigns are designed to achieve a particular set of objectives or goals.

These objectives include but may not be limited to, increasing brand awareness, establishing a brand, improving the conversion ratio of sales. The activity measurement parameters are determined to measure the success of the ad campaign. Common five key points or parameters that are used to measure the effectiveness of advertising campaigns are media channels, integrated marketing communications, positioning, touchpoints, and the communication process.

Crafting an advertising campaign requires planning and involvement from multiple departments in a company. Right from the Marketing department, others such as Sales, Creative department and even the board of directors are involved in crafting an ad campaign.

The reason for such scrutiny is just like a successful ad campaign can make a brand or a company; a lousy campaign can ruin not only the brand but also the organization.

1. Focus on the product AND features

The focus should be not only on the product but also on the features and benefits that it is offering to the customers. Customers should be able to relate to the product on a deeper level so that the buyer is not out of compulsion but out of need. The company should work on need creation in its advertising.

For example, if the company is selling an anti-dandruff shampoo, then instead of explaining all the scientific processes that are involved in removing dandruff or instead of claiming how effective is the shampoo in cleaning the hair, the company can focus on showing how useful is it to use the anti-dandruff shampoo in social situations when people are faced with embarrassment because of their dandruff. And if the advertisement manages to show that apart from cleaning your hair, this shampoo will also give a shine to your hair, it will attract other customers also who do not have dandruff but want shiny hair.

Here the advertisement has worked on creating the need for social acceptance in the minds of the audience, which will make the customers buy the product.

Proper use of segmentation, targeting, positioning, and differentiation mix is essential for the success of campaigns. Every advertisement should have an appropriate segmentation of the audience to target them.

Then the product should be positioned carefully in the minds of the audience and differentiated from the competition. The digital advertisement uses a detailed STPD. This not only saves the cost of the organization from unnecessary spending on ads that do not reach the target audience, but it also increases the effectiveness of the organization.

A proper STPD in the advertisement will go a long way to convert the audience.

3. Convey your message in customer’s language

You have to make sure that the customers that you are targeting from the advertising campaign understand the language in your advertisement. It is essential not to assume that customers will understand everything that you mention in your ad. In some cases, clarification may be needed, and multiple revisions or multiple versions of the same advertisement required to target different audiences in different areas.

Digital advertising campaigns are picking up these days in every industry. It is essential that before you start a digital marketing campaign, you understand your target audience and segregate your advertisements specific to the fore them.

Also Read  What is Subliminal Advertising? 4 Examples and Types

Breaking down complex terms to small understandable terms, making relatable ad campaigns, using daily words that the audience use to know about the product, or its features are a few of the essential things to keep in mind while designing ad campaigns.

The two major elements which are critical for the success of an ad campaign are customer service and customer feedback. Once the customer has viewed your ad and purchased the product, then it is most vital that you provide proper service to the customers.

It can be served in terms of assistance to the customer for product troubleshooting or after-sales service; in any case, it is crucial that the company provides customer service and makes it a priority. The second important thing is the customer feedback. 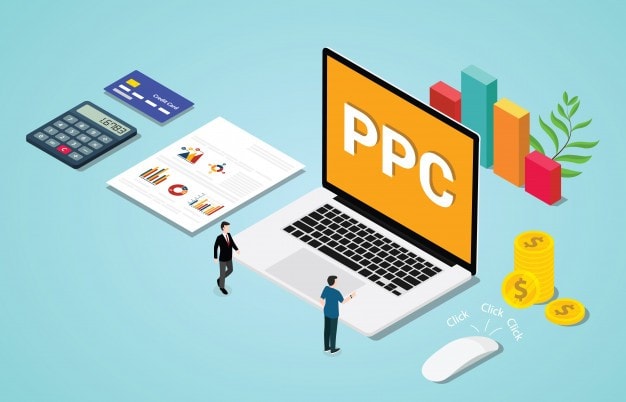 There are multiple types of ad campaigns, depending on the product, the industry, and the presence of the audience. Considering all of these three factors, a company has to effectively design an ad campaign that will help to increase the sales of the company.

This is the most common type of advertising that can be found these days. Every company is opting for a digital form of advertising and promoting it via social media and the internet. When the targeting is from social media, the preferred mode of the advertising campaign is a pictorial representation or small videos that will grab the attention of their target audience, and the message will be conveyed in a short amount of time.

When using internet forums such as YouTube, the companies use only video mode of advertising in which a small unskippable video would be shown to their target audience. The number of views or the number of clicks on the advertisement is one of the key performance indicators that can be measured.

More and more companies are preferring for this mode of advertising because – Digital advertising is very economical for companies. An ad campaign on Facebook can be run for as low as $.50 with a target audience of more than 1000 people. This is a huge potential and has the highest brand exposure.

The advertising has more than a 90% Viewing rate, which is excellent as compared to the previous advertisements which were run on television. Because of specific targeting, the advertisers can ensure that their ad reaches the right audience and is not viewed by someone who is not their audience.

For example, advertisements in newspapers last for one full day or ads in magazines can last for a fortnight or a month depending on the availability and the frequency of magazine. Traditional campaigns are more suited for infomercials and public announcements. There are also useful for job hunts as well as for regular informational publications, including foreign exchange price lists, commodities prices, etc.

One of the primary disadvantages of traditional advertising is that there is a wastage of resources and possible wastage of advertisement. The reason behind this is the targeting and segmentation are absent in the case of traditional advertising. For example, billboard about an expensive new iPhone is visible to everyone, including people who may buy and the people who could never afford it.

In such cases, the company is wasting its resources on advertising. Traditional advertising is more suited for brand recall, new product launches, and promotional campaigns.

Here is a video by Marketing91 on Advertising Campaigns. 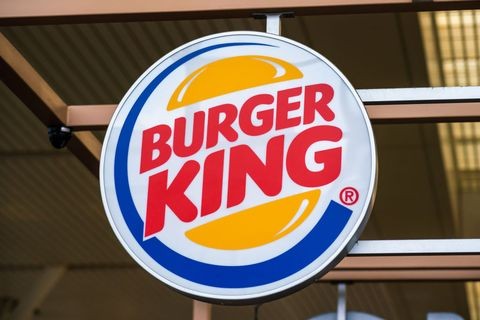 Just by the end of the decade in 2019, Burger King has revealed that it has been playing one of the biggest pranks all around the year. Burger King recently has announced that all its campaigns in London’s 2019 final effort for the past one year have a massive secret hiding.

All the ad campaigns that have Burger King’s Whooper in the pictures of 2019’s ads, including the one that featured on Brexit themed bus campaign was clicked with a Big Mac by its side. Customers, of course, or never expected to know about it, but the latest ad shows that Burger King’s Whooper’s are so big that Big Mac’s are fully concealed behind the golden buns.

The company has been running the ad with #WhooperSecret on social media. The advertisement received worldwide acclaim for its smart product placement. Burger King, without using the word “Big,” declared that it has the biggest burgers. 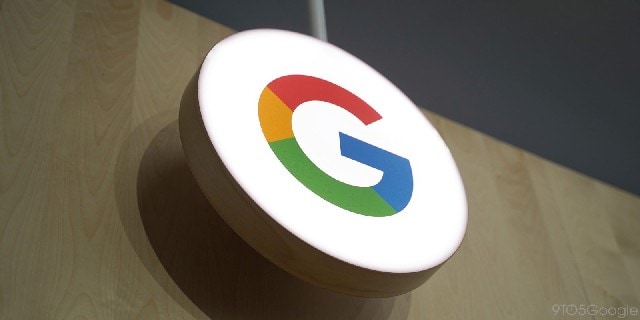 Google has launched an ad campaign in which it is showing the superhero is a search for in the year 2019. Right from the iron man from avengers endgame to real-life superheroes, the two minutes five seconds add shows many superheroes and different versions of them.

Also Read  Promoting Your Business May Be Simpler Than You Think

It also shows superheroes visiting in their film costume to children’s hospital in Los Angeles; it shows toppers pizza place manager catching a pizza without dropping it and passing it on to the next pan. The primary objective of the ad is to address people to search those superheroes on the Google search engine and read more about them. 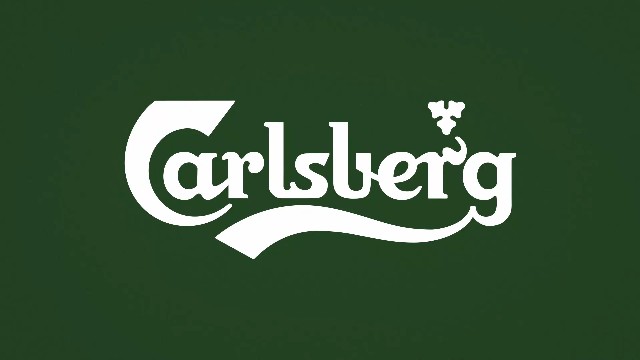 This year Carlsberg inverted its phrase “Probably the best beer in the world” tagline and gained enormous respect from the marketing world. This movie is considered as genuine the brave but was also a considerable brand risk that put the reputation of Carlsberg in line. The brewer revamped their product, rebranding it from head to toe.

It changed its tagline to “probably not the best beer in the world” in many of the social media ads and outdoor campaigns. It highlighted that it had prioritized quantity over quality. Carlsberg also introduces new packs and even unique glassware, which was reinforcing the changes giving it a more premium look.

The company was very nervous before the launch because they had never done anything like that before. Similarly, no brand has gained such a positive response after launching such a risky ad campaign. It has certainly created a big buzz in the world of the brewery.

4. Bud Light and Game of Thrones 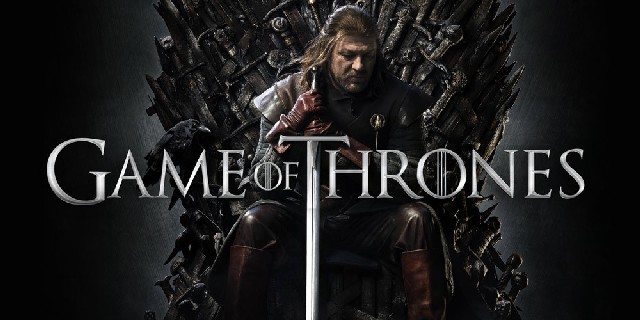 The recent ad in the Super Bowl about Bud Light and Game of Thrones was a welcome shock to the fans. It started as a pretty fair advertisement of Bud Light, but when Bud Knight faced a challenge from Gregor ‘the mountain’ Clegane, he was knocked out and crushed. Suddenly the dragon comes soaring through the sky and burns all the field down with its fiery red flames, and then you realize that it’s not only a Bud Light ad, but it is an ad for the game of thrones.

The background music starts with the theme of the game of thrones, and all of it comes together. It is praised as an excellent advertising campaign to promote both the brands effectively without one brand shadowing the other.

Viewers loved both brands together, and the risk turned out to be fruitful.

The ad campaign of Ronald Regan was commonly known as the “Morning in America,” which was considered to make it stronger prouder and better. It is regarded as one of the most successful political heads of all time.

This is why it is comforting to hear the same voice in that I had in 2019, but it quickly becomes apparent that this is not Ronald Reagan Neither it is trams Twenty20 add but promotion for season three of Hulu’s The Handmaid’s Tale.

The advertisement quickly takes a dark and dystopian spin. It focuses on how dozens of children will be happy and healthy in the fictional Republic of Gilead and where the women that is that he has gone to a point where it threatens human extension.

This advertisement was bold and nicely played in a time when Trump has reincarnated and reinvigorated Ronald Reagan’s fan base.