Coca-Cola being an American corporation, manufacturer, marketer, and retailer of non-alcoholic beverage concentrates and syrups, offers more than 350 brands in over 200 countries, along with the flagship Coca-Cola beverage. In this post, we will dive deep into the world of Coca-Cola Advertising through some of its popular advertisements and taglines to understand how they have optimized their reach, exposure, and sales around the world.

Coca-Cola rules the world of non-alcoholic beverages. It is one of the brands (if not solely the one) known for non-alcoholic drinks, that have managed to stay since its inception in the late 1880s.

A wide range of products, including Coke, Diet Coke, Sprite, Fanta, Powerade, and Dasani, are produced and supplied solely by Coca-Cola. Are you still wondering what the secret behind it is? Well, you must be aware of brands like Apple.

Types of Media used in Advertising of Coca-Cola 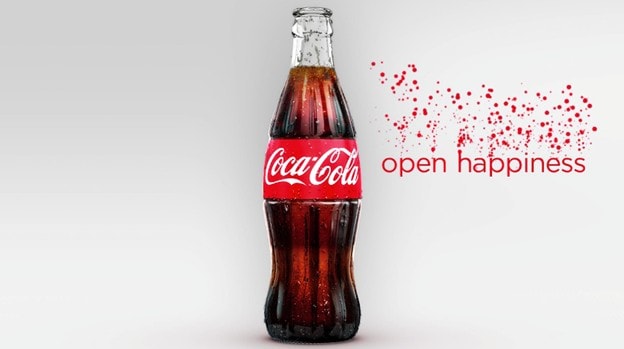 Two different types of media are used in Coca-Cola Advertising, and they are- published media and visual/aural media. Let us go through both of them one by one to know different media types that empowered Coca-Cola brand to reach where it is- 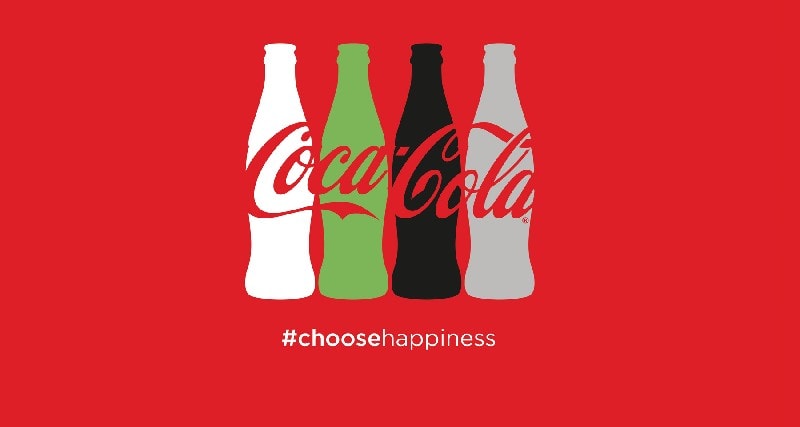 1. Its baby step towards creating a buzz

When in 1888, Asa Candler took over Coca-Cola; it was a soda fountain drink and would hardly cost five cents. The average sale was limited to nine glasses per day. Candler did that he gave away free coupons to the more or less regular consumers and free barrels filled with Coke to stores which were reluctant to stock this drink.

Now when customers with free coupons crowded the stores, the store owners returned to the hub as paying customers. What a brilliant strategy for increasing the sell? It is considered as its baby step towards setting a bar.

2. With “Hilltop”, it made the whole world sing!

Also known as the most iconic ad, this 1971 ad featured a diverse group of people, from different ethnicities, gathering on a hilltop and singing together “I would like to buy the world a coke.” This particular ad symbolized tolerance and unity and brought the people of the world together.

The Pepsi ad featuring Kendal Jenner is supposedly inspired from Hilltop. Some people often refer to it as the introduction to pop culture in the consumer world. In 2015, it was featured in the Mad Men Finale in its closing moments.

This particular ad embraced and promoted progressive social values, and honestly, a good song is very contagious. You could not help but join your neighbours while they hum the lyrics of this song. Hence, the success of this ad campaign marked the onset of Coca-Cola’s advertising tradition.

3. The “Hilltop” Reimagined brought back the lost spark.

Google collaborated with Coca-Cola to reimagine Hilltop for the generation of smartphone users in 2012. The “buy the world a Coke” was transformed into situational reality as people could buy a Coke for anyone living in any part of the world through a mobile app. Specially built vending machines were available which had interactive advertising screens on them.

Users were required to record a message and send it with Coke’s can to the recipients at the vending machines. These recipients could also thank the users by further replying with a text message or a video.

It was a massive success since original Hilltops created a buzz among people of that particular era. The millennials, on the other hand, had very little knowledge of it and they got to live the nostalgia that their parents always spoke and sang of.

Again, it preached progressive social values to people of the global village.

4. Association with the festivities

“Holidays are coming” was an ad campaign that was run in 1995. Since then, it has been officially heralded as the Christmas song by many consumers. It featured sleigh bells, snow-covered woods, atmospheric music, excited children, and a brightly lit truck. Coca-Cola had always celebrated the festivities since the 1930s, but this particular ad marked its direct connection with Christmas.

This specific ad runs till today, and in 2018, it mainly focused on Coke Zero to approach its target consumers (the young population) and also to promote laws around sugar content.

5. The Coke Universe for kids 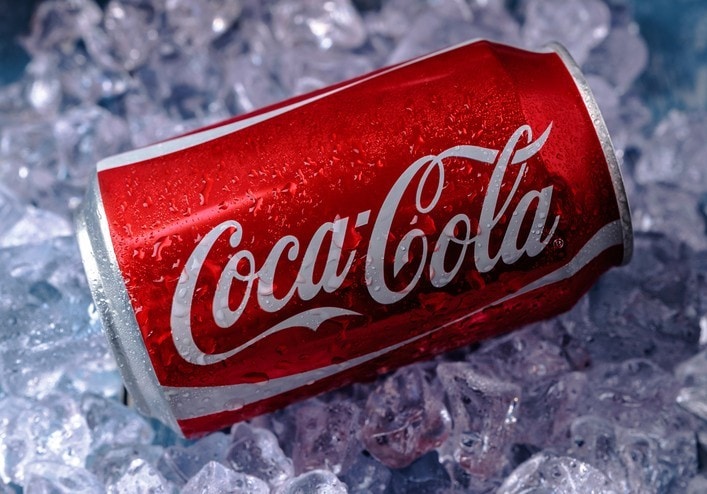 In 2016, Coca-Cola decided to wave off its traditional advertising style when it came up with “Coke Factory”. It was produced by an Amsterdam Creative Networking Agency, Weiden+Kennedy.

This particular ad featured an animated movie, imagining the inner workings of a vending machine right after a coin is inserted. It featured whimsical creatures whose combined efforts contributed to making a perfect bottle of Coke.

At this point, Coca-Cola had kids and young teenagers as its consumers and, hence, the target audience.

6. ‘History of Celebration’ (of sports)

In 2010, Coca-Cola celebrated the iconic 1990 World Cup goal of the retired Cameroonian Footballing legend Roger Milla. Milla’s dance to that particular track went on to inspire other footballers around the world.

That year’s World Cup track ‘Waving Flag’ had footage of footballers across the globe and their excitement after scoring a goal for their national team. It conveyed a message of unity and brotherhood. This ad’s closing line was “Coca-Cola: Open Happiness”.

7. Vending Machine was transformed into a Happiness Machine.

Coca-Cola’s “Happiness Machines” were spread across the globe. It required the consumers to interact with the machines in a not-so-formal way to get a free Coke. In Singapore, people were expected to hug the vending machines. In Korea, people had to dance to K-Pop. In London, people had to complete a series of James Bond-inspired challenges.

In Stockholm (Sweden), people had to sing Christmas carols to get a free Coke. The reactions of the excited and happy consumers were recorded and released as a series across various platforms.

This initiative won the Top Honours at the 2010 CLIO Awards, and the videos earned millions of views. Coca-Cola came to be known as the brand that spreads joy as it provided relief from boredom. 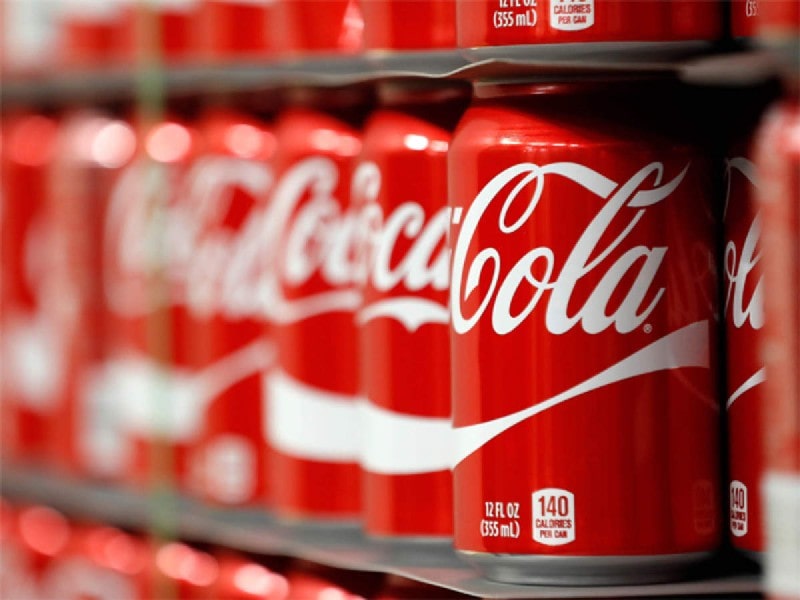 In 2011, the “Share a Coke” campaign focused on bottles of Coke with common names (Bobby, John) printed on their labels. The consumers were required to share the bottle of Coke with a friend of that name.

Numerous consumers snapped pictures with bottles that had their names. It promoted and capitalized self-expression and sharing. It had initially started Australia and later spread to 70 other countries. It was a massive hit.

The company experienced its first sales growth in over a decade.

9. It made music from the aggression and independence of a generation.

In 2012, Grammy-winning producer Mark Ronson and singer Katy B produced “Anywhere In The World”, the anthem for Coca-Cola’s “Move To The Beat” Campaign. Sounds of 5 young athletes’ training were sampled into every beat and chord. It featured teenage athletes and their love for sports. A “making-of” video series was also released.

It earned more than 25 million views—this campaign resonated with the millennials who chose their pathway.

The content came as a rallying cry of three millennials who wanted to live a different life.

In 2012, this ad campaign featured two polar bears watching football and participating in their version of the game. Its reach was not limited to television screens and was extended to online platforms.

The audience could visit www.CokePolarBowl.com to watch the polar bears react and interact with the game in real-time. These bears even responded to audience tweets. Weiden+Kennedy Portland produced it.

More than 9 million consumers were engaged with the polar bears that night, and Coca-Cola’s Twitter followers grew 38% within 4 hours. People loved being a part of this mainstream event. 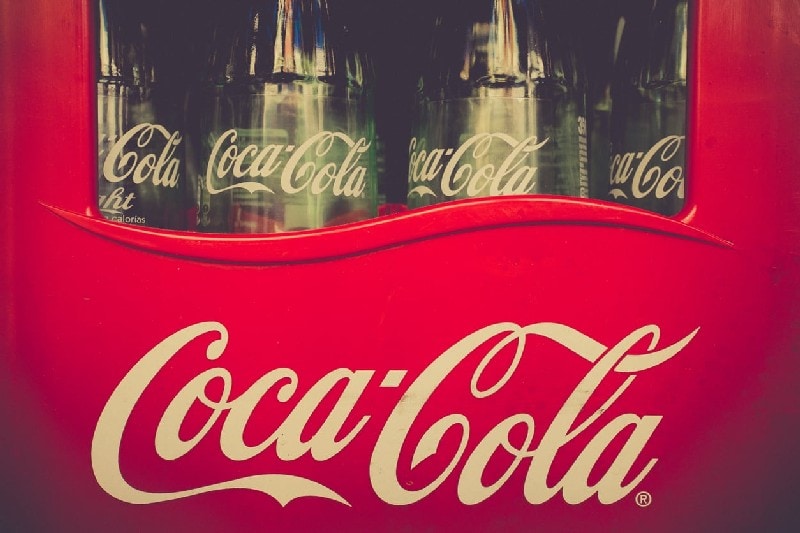 Chinese photographer Kurt Tang, with the help of Coca-Cola, addressed the issues of isolation and loneliness. The 2013 “Friendship Experiment” was a series of photographs and videos featuring best friends celebrating their friendships, each with a Coke bottle.

These very people were strangers a few minutes before they bonded over a bottle of Coke. It received a positive response since it addressed isolation and loneliness, which were prevalent among the target audience.

13. Video Game as a marketing strategy

In 2017, Coca-Cola introduced Alex Hunter, the virtual star of Fifa 2018. It featured a disappointed Hunter being cheered up by a young fan over a can of Coke Zero. The introduction of a fictional character in place of a real-life influencer has been one of Coca-Cola’s most significant achievements in demonstrating Video Game as a marketing space.

After going through different advertisements, let us now go through some of the taglines that have been used by Coca-Cola since 1886-

1927 – Around the Corner from Everywhere

1939 – Whoever You Are, Whatever You Do, Wherever You May Be, When You Think of Refreshment Think of Ice Cold Coca-Cola

Coca-Cola spends an average of $4 million each year on its advertisements. No doubt it has been way ahead of its competing brands. Its advertisements have always addressed social issues and promoted progressive values.

The key relies on affecting the emotions of the target audience, and everyone should learn from Coca-Cola!

What do you think about these Coca-Cola Advertising Campaigns and taglines?