A company is established to deliver the right quality products or offer reliable services to the clients. In expanding the reach and influence of the company, advertising plays a vital role. Advertising is the process of promoting a product or a service among the masses.

These days, there are several types of advertising strategies that companies use to widen their reach and enjoy sustainable existence. Being one of the top manufacturers and marketers of sports footwear and apparel, Nike Advertising channelizes through pervasive, impactful, and long-lasting strategies.

Right advertising strategies have always been the pillar of the successful existence of any business model. For instance, there are T.V. ads, print ads, as well as contemporary social media ads that enable business is widening its reach.

The type of advertising to be selected for a specific product depends on its reach in public and the target audience. Nike Advertising started expanding its market presence during the 1980s and 90s.

An Overview of Nike Advertising 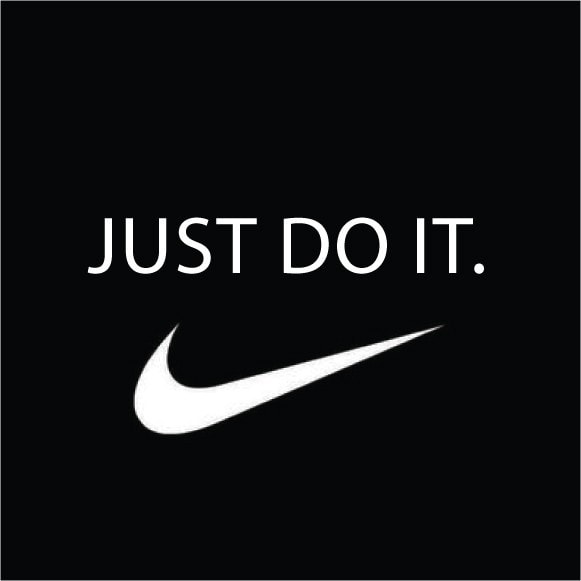 Incorporating emotional branding strategies in its campaign has been the prime factor behind Nike Advertising strategies. You might have noticed that they rarely use their products in their campaigns. They design their ads to evoke specific kinds of feelings that can drive their audiences to opt for their products.

The leading agency of Nike is Portland-based Wieden & Kennedy that plays the crucial role of optimizing the reach of Nike in most of the global markets. In contrast, most of the media activities are handled by Mindshare.

In this post, we will dive deep into the world of Nike Advertising and understand how they have successfully established their brand in the last 3/4 decades by adeptly surpassing the changing dynamics of the market. So, let us get started right away-

Nike is an American multinational company founded by Bill Bowerman and Phil Knight.

The main products of this company are athletic apparel like jerseys and tracksuits, sports equipment like shoes of various kinds, street fashion items like baseball caps, sweatpants, crop tops, and shorts.

They have been auctioned and sold for hefty prices.

The moon-shoes designed by Bill Bowerman and the Converse Shoes worn by Michael Jordan in the basketball finals of the 1984 Olympics are examples of the products auctioned.

One pair of Nike shoes has set the record of the most expensive sneakers during one of the auctions. If there is such a great heritage of excellent products and profitable business, the advertising and marketing team’s responsibility is tremendous. 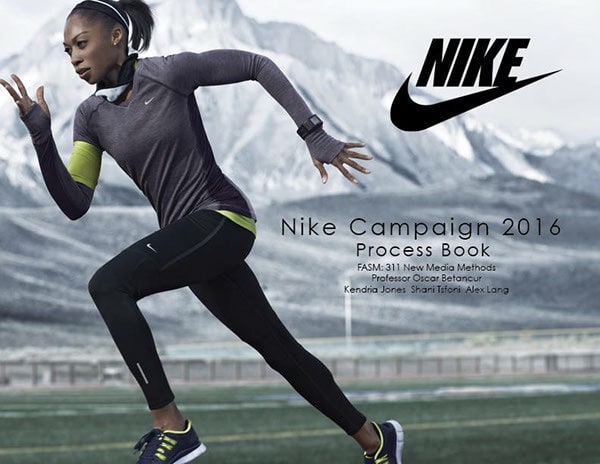 Nike is one of the most renowned companies when it comes to sports apparel and equipment. It is a very familiar brand, and almost every kid, adult, and old know it.

Earlier, the star sports players who were very famous and had a universal appeal endorsed this brand.

One of the first advertising campaigns of Nike was ‘There is no finish line’ campaign which was created by John Brown and Partners.

At the beginning of this century, the new days and times lead to further problems in the marketing and grip of the company in the market.

There were labour issues, economic slowdown, and global recession, which took a toll on the company’s development and financial growth. But, sport is an intrinsic part of worldwide culture. Hence, gaining an excellent position in the market again was not that tough for the company. They initiated brilliant ad campaigns and established partnerships with the leading and prominent sportspersons in the world.

When Nike faced a low point, its rival Adidas sprung to glory.

But, soon with the booming of Nike again, Adidas suffered erosion in the market.

Nike came back to being the superpower that it was ever since in the game of manufacturing the best sports apparel, shoes, and other equipment pieces.

Nike has hired the best of talents and brains to develop marketing strategies and advertising campaigns for the reputed brand. The central agency for advertising is Wieden & Kennedy.

It handles the advertising and marketing for Nike in most of the global markets. The media relations of the company are handled effectively by Mindshare.

They deal with the promotions and endorse the brightest of personalities for the advertisements.

As in May 2019, it has been reported that Nike spends around $3.75 billion on the advertising of the brand. Their tagline ‘Just Do It’ has garnered praise and appreciation from all over the world.

It is one of the most memorable and familiar slogans in the domain of advertising.

Techniques used by Nike in Advertising 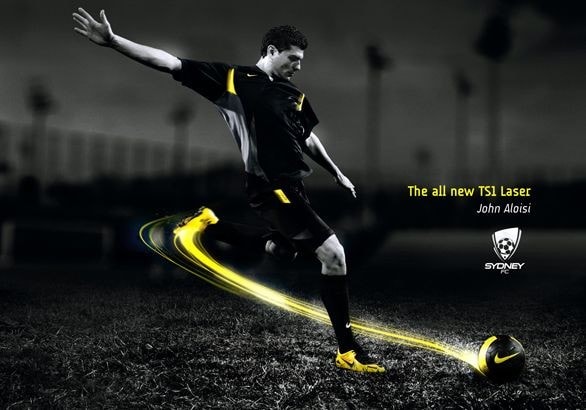 The advertising techniques are those who will make the ads stay longer with the viewers.

It appeals to them and makes them invest in the products offered by the company. Nike has always been known for deploying the best of advertising techniques. Some of them are given below.

1. Target the feelings of the viewers

The emotions and beliefs of the people are their greatest assets. With the most potent stories provoking the deepest of emotions is the key to the success of advertisements done by Nike.

They have an Artificial Intelligence (A.I.) system which evaluates and analyses the people worldwide with the basis of emotional intelligence. This system can tell you which emotions of people can be targeted to give them a compelling story.

The ad stories having Serena Williams, LSU Tigers, and Whitney Houston invoke people’s emotional responses to a great extent. These were effectively used for the company’s profit.

The brand is what the product or the company is known by. It is the identity of the company which is identified and recognized by the clients and the masses. Nike is a unified brand that has many sub-brands like Nike Football and Nike Baseball. These brands have their web pages and such content in their name. Nike has 128 such partners who promote the brand ‘Nike’.

These brands are endorsed by supreme sports celebrities who garner the love and attention from all over the world. The videos with this content are launched online with their brand names.

These videos have been watched and liked by more than 205 million people. Alone on YouTube, the brand has a grand number of more than 134 million views. It contributes to the success of the ad campaigns of the company.

The outburst of technology dominates the current era. Technology has advanced to the extent that everything is done via social media. Social media is home to a lot of information and entertainment.

Nike believes that advertising on digital platforms can help the brand earn more name and fame. It will increase the business and profits of the company by expanding the sale of products.

It is precisely why Nike spent a thundering amount of $14.8 million on digital advertising. More than 6,194 creative people are working on these advertisements. There are mobile ads, desktop videos, as well as campaigning on various social networks. 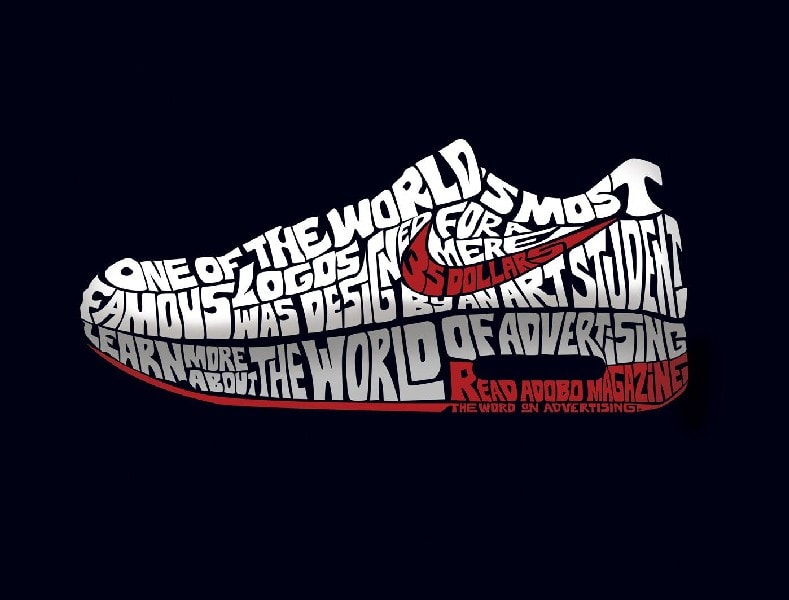 There are some advertisements for Nike that no one can ever forget. They have stayed with us ever since we first viewed them. Given below are some of these unforgettable ad moments of Nike.

In 1988, Michael Jordan was a renowned name in sports. Hence, Nike made him endorse the brand. The Air Jordan Sneakers sported by him in the ad set the foundation for the ever-growing sneaker culture. It elevated the Air Jordan collection of Nike among the masses.

The phrase ‘Just Do It’ went on to become the most popular and familiar tagline in advertisements’ history. The first-ever ad featuring this tagline was done by Walt Stack when he was 80 years old.

He was an iconic member of the San Francisco running community as he had run more than 62,000 miles in his lifetime. This ad became the flag bearer of the ad campaigns done by Nike after that.

This ad showed the greatness, agility, and fun involved in the sport called basketball. Fans of basketball around the world resonated with the ad, and the brand became more popular.

The emergence of phones became more prominent in the period between 1995 and 1997. The phone ads of Nike were considered as the latest revolution in the world of advertisements. The technique behind these ads was straightforward.

The print ads had pictures of the products manufactured by Nike and a phone number given under it. One could call on the number, and a star sportsperson would provide the information about that product. It was a revolution in the Nike ad campaigns.

Numerous people around the world look up to sportspersons as role models. Through this ad, Charles Barkley made a valid point by saying, “Just because I can dunk a basketball doesn’t mean I should raise your kids”.

This statement led to debates and arguments whether sportspersons should be looked up to as role models. It gave a different perspective to people and changed the ideologies, which considered star sports players as super-humans.

Finally, let us have a look upon some of the successful Nike ad campaigns in the different year since the inception of Nike Advertising- 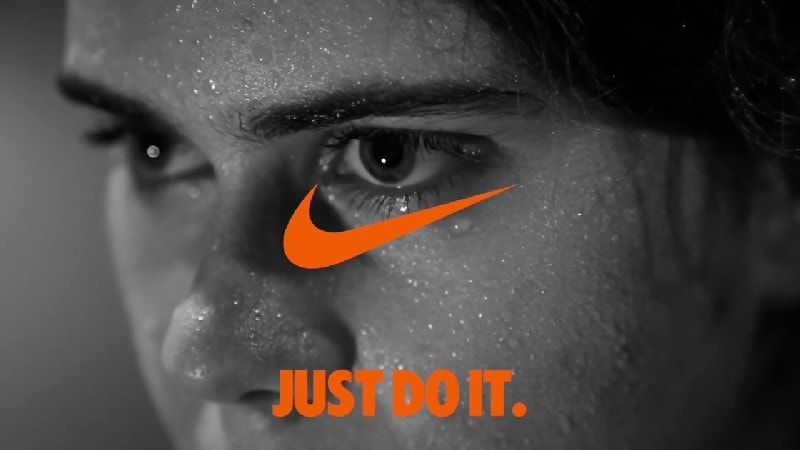 Nike is a brand that has established itself in the global markets as excellent in its category over the years. Their ad campaigns are remarkable and worth revisiting even after many, many years of creation.

While going through different Nike Advertising Campaigns, you will notice that some of the most memorable ads never directly promote any Nike product. They use their ad campaigns for generating interest in their products without directing selling their products.

This plays a crucial role in securing its place in the heart, mind, and soul of its customers.

Nike utilizes this strategy for establishing sustainable existence in the market by penetrating more and more people who are interested in its products and hence optimizing its loyal customer base.

Also Read  What is Video Advertising? Definition, Types and Trends