Broadcast media is the inclusion of different mediums that are used for communicating, transmitting, and broadcasting to the public or masses. It uses a wide range of audio-visual materials as well as electronic or electro-magnetic mediums to share news, information, entertainment, ads, etc with the target audiences or general public.

Different examples of broadcasting media can be television news, audio production, video, and print media production, television and radio programs, etc. It provides the recorded content, digital and written content, or live recording on radio, television, or any other means through satellite signals.

What is Broadcast Media?

Broadcast media is defined as different media channels or broadcasters such as the television, internet, audio podcasts, video content, and others. The primary purpose of broadcasting media is to broadcast and communicate with the public.

It lets the masses know about everything that happens around the world, as well as it is used for entertaining people. In simple words, it can be called the whole package of broadcasting information, entertainment, and news.

It is widely used for marketing and advertising to create a more significant impact on the public. Marketers tend to choose their favorite type of media and use it for releasing or advertising their product.

Brands, businesses, or governments use broadcasting networks to let people know about their various products and services. The public regularly receives updates, ads, news, and information on different topics from different sources. It includes the overall process of transmitting signals, distributing content to various channels, providing visuals and audio signals to the public, etc.

It has also become the biggest platform for marketing many brands and products. Many people think that it is expensive to market business with the help of broadcast media, but it is not that way it works.

Some of the common examples of broadcasting media can be- 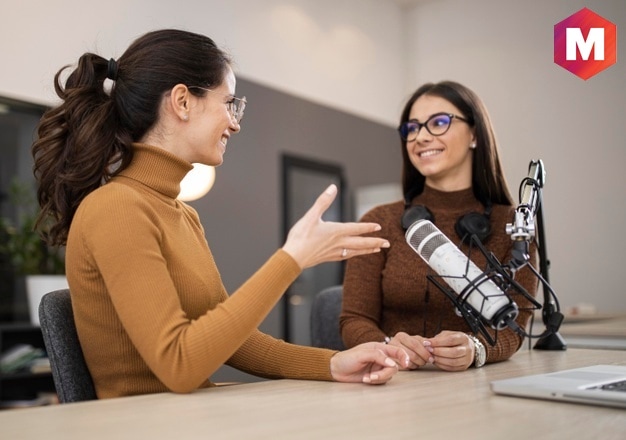 Radio is a form of audio advertising. They provide the public with pre-recorded content, primarily including commercial topics. It conducts various programs and gives information based on the people’s interests.

It reaches a more significant number of people, so many advertisers prefer it. However, there are two ways of advertising products through radio. They are:

These are short positive comments on the product. They are less cost-consuming.

A program will be planned and executed with the help of music and entertainment to detail the product. It is cost-consuming and would be chosen mainly by big brands and products.

Television is the most advanced form of broadcasting media. It provides the public with colorful visualized content with audio and motion signals. Here, the business people represent their product orally and give a detailed explanation.

Advertisers prefer television as their better way to reach the target audience because it plays a crucial role in today’s world. Cable TV advertising can be one example of it which is limited to national media only. It reaches out to many people with its unique filming ideas. Many business people use this media for promoting their network among middle-class families.

These films are commercial films that come up with a unique concept of demonstrating their product through video and audio content. It involves taglines and the overall description of the product.

It is very effective because people often get more attracted to the visual media, which is why many business people go for advertising films to market their products.

But, it is very expensive as it involves big shots to advertise, and also the product owner needs to spend a huge budget on the story and its picturization.

They can be seen in the interval or before the movie’s start. They are not expensive as advertising films.

These are like advertising films, but that does not come up with any story. They include the business details in the form of a short video.

They can be displayed in pubs, theatres, and 3D roadside pictures.

In addition to these, dram and music programs are also used for broadcasting. A few sources of broadcasting media are expensive and cannot be reachable to all the audience, especially rural people.

For the sake of letting rural people know about their business network, advertisers use drama and music programs with religious, cultural concepts to attract the target audience. 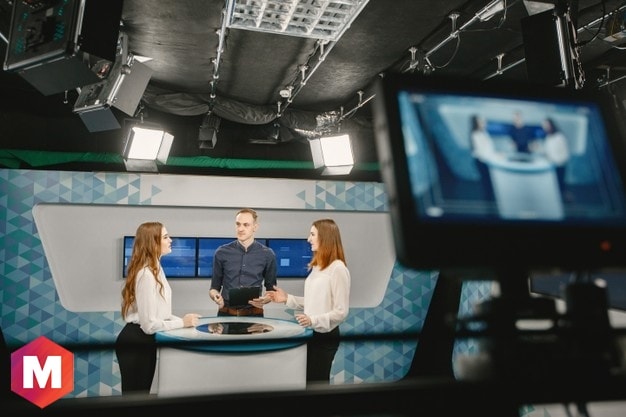 It always comes up with new innovative ideas to impress people. People still choose it as the best source of information. There are also different forms like local media, national media, and international media. It is very beneficial nowadays for marketing.

It plays an important role in increasing competition among several companies, leading to better products and services at cheaper costs with the best quality. Magazines, newspapers, radios, and televisions are still in the race of advanced forms of communications that credits business owners for their brand advertising.

Broadcast media these days, with the help of digital media, is even more reaching to a mass audience. Twitter, Facebook, Instagram, Youtube, and many other social media platforms display live content, active responses, audience debates on the current topics, updates on newer issues, and helping businesses over a larger network.

The traditional broadcast media is almost combined with digital media on a large scale and communicating with many people. It has also created a powerful impact in the field of entertainment. The public comes across various documentaries, blogs, podcasts, shows, and series. They will be sold to OTT(Over The Top) platforms.

Games can also be included in this category. Some content will be made premium and be available only to those who pay, and some other content will be available free. Digital media, along with broadcast media, is such a boon to marketing and advertising. The future of your product primarily depends on how the salesman makes use of these platforms.

Broadcast media can be called direct communication. Everything comes to your door with a clear and detailed description. The information will be verified before it gets published. Whatever happens in the world would be mentioned briefly through the news.

The public is even provided with knowledge in several topics such as health, education, economy, politics, etc. The users have a virtual connection with the world and know all updates. In the case of marketing and advertising, the whole business purpose, their products and services, benefits, costs, and many other things will come to the public sense.

Another key feature of broadcasting media is being timely, as broadcasting media mainly focuses on current affairs and helps the mass audience become aware of every single thing that happens around them. The business people remind the public of their products between the news and some other entertainment shows.

Also Read  What is Advertising Effectiveness and How to Measure it?

These advertising films, posters, or other video and audio content will be displayed for a shorter period. If the content is creative and gives a good meaningful, and useful message to customers, the customers will remember and immediately respond to the Product Ads. They even prefer buying the product often if they get the expected results.

As we are coming across many technological developments and improvements globally, broadcast media has always managed to stand out utilizing the maximum resources. It provides the public with the required information and satisfies their interests.

Also Read  The importance of advertising for every Business

It has reached such a greater height that people cannot live without its services. The broadcast media is equally growing day by day and the digital media by using its advanced ideas and various social media platforms.

It is always better to know what is going around us, and broadcast media is the best source. The field of business has also become very much dependent on broadcast media for its growth. What are your thoughts about the need of broadcasting media for promoting a brand’s products or services?