Home » Advertising » What is Transit advertising? Definition and Types

Also called as advertising on transport, Transit Advertising is advertisement placed on or in any mode of transport – from buses to taxis, trains, trams, and subways. It also includes advertisements placed in transport precincts such as bus stops, subway entries, fuel stations and others.

Transit advertising can be either in the form of graphics, simple text or other visual information. In fact, some businesses also prefer to make use of LCD Screens or plasma placed strategically inside buses or trains to have digital advertisements.

Transit ads can be broadly divided into two main categories: 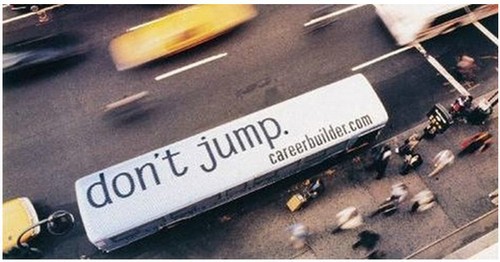 The above is an example of one of the most successful examples of transit advertisement is by The Martin Agency which created a “Don’t jump” bus campaign for Careerbuilders. This particular advertisement, placed on tops of buses could be seen from tops of buildings and offices and helped Martin Agency win a Bronze Lion from Cannes. 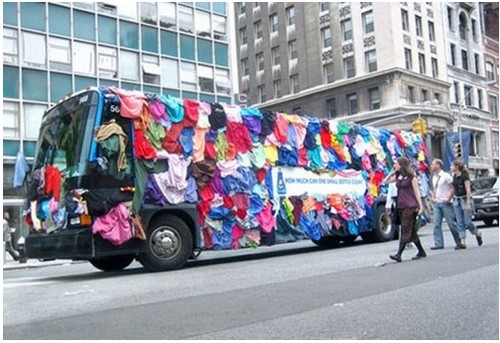 The above picture also depicts another popular transit advertisement “How much can one small bottle clean?” bus advertisement campaign by All Laundry Detergent in Manhattan, which was spot on and hard to ignore.