The process of collective bargaining involves many parties such as union organization of the employees, administration, people concerned with working on wages, and other employees.

The negotiations that are carried out between employees and employers are usually related to the working conditions and employment terms. The demands or obligations of both parties are mentioned in the contract.

The contract is designed in such a way that it does not give a reason to dispute to the employer and the employees. The objective of collective bargaining is usually to increase wages or improve working conditions for the employees. Other purposes may include things like improving the safety conditions, health and security at the workplace, etc. The process of collective bargaining is initiated by union leaders who represent employees or laborers.

The process of collective bargaining involves multiple steps like negotiation, drafting, administration, discussion, and interpretation of the documents by employers and the employees along with union representatives, the final implementation of the report, which is agreed by both parties. 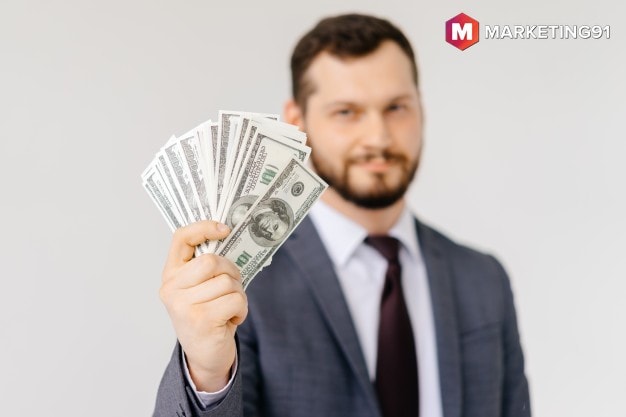 The basic aim of bargaining may vary from self-interest to giving back something positive to the organization. Based on this, there are five essential forms of collective bargaining:

This type of collective bargaining in walls zero-sum negotiations and is considered as the most common type of bargaining. This is the type in which one side wins, and the other team loses completely.

Both the parties which are involved in the bargaining try to get maximum advantage and gains for themselves. The important Economic issues of benefits wages or bonuses are settled later. For example, when employee unions negotiate for maximum salaries, the management does not want to increase their wages, which is why they yield as little as possible and yet ensure that work is done.

It always happens that the union workers intimate the higher management that they will go on an indefinite strike if the wages are not increased over the working conditions are not improved whichever their request is. Management, on the other hand, is usually willing to carry out the strike and keep filling places with the help of replacement workers when the regular workers are on strike.

In distributive bargaining, management and unions have initial offers or demands; then, there are target points which are desired level of desired salaries and, finally, resistance points that are unacceptable wage levels and settlement ranges which are acceptable levels.

This type of bargaining is the one in which both sides are trying to reach a mutual decision, which is beneficial for both of them is called a win-win situation. Both the employer and the union sit and discuss the problem and try to arrive at a common point where both of them agree. Both parties address and share information about their beliefs and interests and also possible hurdles that they will have And if the resulting bargaining will benefit and satisfy everyone’s needs.

For example, when there is a recession, the companies cannot afford to offer that kind of salary to their employees who are demanded by them. At the same time, they cannot operate the organization without the support of the employees. Both of the parties realize this and survive in difficult times by negotiating their terms.

Employees accept a little cut in their salaries against Job security and companies accept a slight increase or modernize so that the company keeps running. The idea in cooperative bargaining is to find common ground, which will help to solve the mutual differences and build relationships by eliminating the problematic elements.

There are many concepts on which a good understanding of productivity bargaining can be done. Ideas like a difference between productivity and work intensity, ILO guidelines for work-study, which includes different allowances like hazardous allowance, personal needs allowance, and fatigue allowance, How to conduct work-study, Different requirements of knowledge and skill for productivity settlement, etc.

The employees often believe that productivity bargaining means increasing their workloads. Many things have been added to the regular life of the employee, like new technology introduction, rationalization, or tight productivity norms.

It is to answer these things that employees and laborers have come in and agreement of composing it bargaining. In this method, the employees make a bargain for their salaries as usual, but they go a step further by demanding Equalisation in the matters that are related to employment like employment levels or Manning standards, hazards of the environment, subcontracting clauses, work norms.

This is usually in favor of workers or employees. Unions generally have these demands so that employees don’t feel overworked and over pressured. However, bonuses’ salaries and other monetary benefits have prime importance in these kinds of bargaining sessions. The shift is being seen towards composite bargaining nevertheless.

Without such bargaining, the employees will not be able to stand the forces of change. Although the monetary benefits are discussed in these bargaining sessions, the employees are somewhat interested more in work-related matters and the equality of all employees. Unions can prevent power dilution with the help of composite bargaining, and they ensure that justice to workers is done.

This is considered to be quite the opposite of the other forms of bargaining in which the unions demand from their employers. In the case of concessionary bargaining, the objective is giving back something to the management which they have gained in the previous bargaining.

The logical reason for the question of why should they be willing to give back something that they have worked so hard is because these moves are dictated by the leaders of laborers who realize and understand the importance of assisting their bosses and employers in reducing the operating cost. This reduction in operating cost is made so that there are no closing of offices and factories. 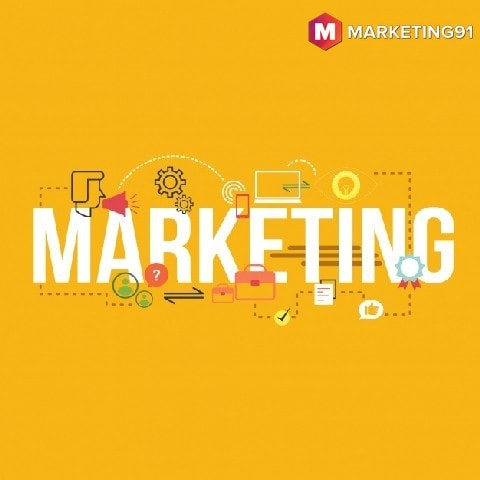 Following are the three essential theories related to collective bargaining

1. The marketing concept and agreement as a contract:

The marketing concept views collective bargaining as a contract, which is for the sale of labourers. It is an exchange relationship justified on the ground that it is in surety to the organised workers in the matter of purchase. A similar objective is applied to the making of all the commercial contracts and invoked because of the union-management relationship.

This theory says that individual employees will sell their labour only based on terms which are defined collectively based on the contract and also which are made by the process of collective bargaining. Bargain is necessary because of competition of the jobs, the uncertainty of trade cycles, and the spirit of mass production.

The joint action of trade unions has provided individual labourers with the strength to do it. It has enabled him to avoid the pressure of circumstances under which he was and to face a situation that is unbalanced and disadvantages that have been created by the employer. The trade union policy’s objective is to give every employee or worker something of the indispensability of labour as a whole.

The employees may or may not attain complete bargaining quality with their employers, but collective bargaining has made it difficult for the employer to dispense without facing a collective strength of employees or workers or union whichever is applicable.

2. The governmental concept and the agreement as a law

Collective bargaining is viewed as a constitutional system in the industry by the governmental concept. It is considered as a political relationship. The union shares sovereignty with management on the topic of workers as well as the representatives and uses that power in their interest.

The application of the agreement is overseen by a relation of provisions which are mentioned in the agreement relevant to the ethics and the needs of the case to case basis. The union and the management collectively for a contract which is viewed as a Constitution and is made as a trade agreement in the form of compromise.

The laws of the industries, their interpretation, and execution are letdown by the agreement. Whenever management does not adhere to the agreement of constitutional requirements, there is a provision of judicial machinery with which grievance redressal can be done.

This is how industries government is created in which the union shares sovereignty with management on the issue of employees and workers and defend their rights from external interference.

3. The industrial relations have decided jointly by directives

Collective bargaining is considered as a system of industrial governance by industrial associations. It is regarded as a functional relationship, and group government substitutes the state government. The manager is Roses hundred by a union representative, and discussions take place, and agreements are arrived at in good faith.

The essential matters to be decided are jointly discussed and finalized by union representatives and officials. It is ensured that the vital interests of both parties are kept while concluding the agreements. This is why union representatives and management often meet each other and discuss to arrive at a mutual agreement that each of the parties cannot do single-handedly.

These approaches are nothing but stages of development of the bargaining process itself. The earlier negotiations were simply discussions for sale of labor, but later as time passed and development progressed, there was the emergence of government theory. 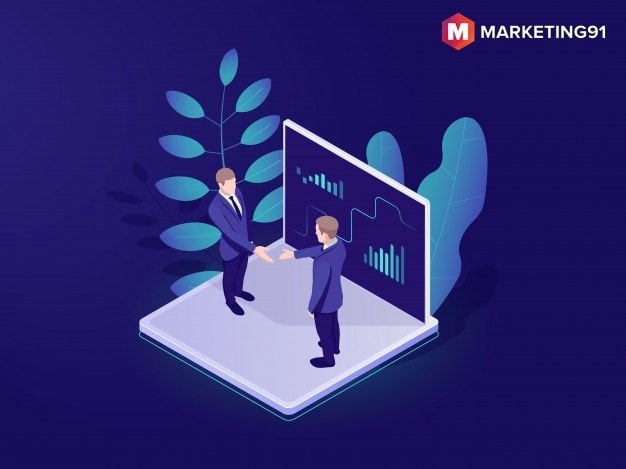 The importance of collective bargaining can be evaluated from different points of view.

1. From trade a labour union point of view

Labourers have inadequate bargaining authority, and an individual worker has no existence because the bar is considered as perishable. This is why employers often succeed in exploiting the employees or the labourers. The working class combines and becomes one to protect itself from the interests of management and the exploitation of labourers by the process of collective bargaining.

Certain restrictions are imposed by collective bargaining upon the employer. Unilateral action is often prevented by collective bargaining. All employees should be treated with equality and conditions of employment and rates of wages are to be decided as mentioned in the agreement and cannot be changed what so ever. If it is to be changed, then negotiation should be carried out involving another party.

Job security or better employment opportunities are a few of the things that are mostly negotiated by trade unions with their employers by the process of collective bargaining.

2. From the point of view of management

The primary objective of the organization is to ensure that employees or laborers do the work at a minimum cost, and the highest possible profit rate is churned out of that work. The management should be effective to get maximum output at a minimum cost.

3. From the governance point of view

The process of collective bargaining also affects the government. Government forces and implements many legislations related to the laborers, and they ensure that their implementation is done in the real sense in which the bill was meant to be.

If any organization violates the rules and laws which are mentioned in those legislations, then those are enforced on them by force. Collective bargaining is the only instrument that prevents the government from using the power because a mutually agreeable situation can be reached between the employees and the employer to implement the provisions made in the legislation.

The problems of labor can be minimized with the help of collective bargaining, and industrial peace is promoted across the industry. Collective bargaining is considered as a peaceful settlement for any dispute or problem which may arise between employers and employees, and therefore it is the promoter of industrial peace and increases the liberty which increases GNP or Gross National Product of the country.