Advertising is a global phenomenon that has been influencing people’s ways of perceiving things around them for ages. The very first indications of advertising are said to go back to the old Egyptians’ steel carvings in 2000 BC, while the first print advertisement was published in 1472 when William Caxton printed advertisements for a book. Since then, the history of advertising has been quite exciting, and it has gone through many radical changes and quantum jumps.

The history of advertising has been adjusting and changing to suit new mediums and audiences throughout the industry. It has always been trying to be more customized to the target niches.

The course of events underneath shows how it has changed since the beginning. Then we will go through the history of radio, TV and online advertising. So, let us start unraveling the evolution right away-

History of Advertising: The First Appearance

Later in 1835, advertising took a new turn with the very first billboard ad in the US showed carnival/circus posters more than 50 sq. Ft.

The next significant event in the history of advertising comes with Sears, the very first company to concentrate more on personalization by running ads through post office based mails. They came up with their vast regular postal mail ad campaign in 1892 with 8,000 postcards, and it created 2,000 new requests.

With the introduction of personalization in advertising came the personalized use of advertising. Radio and TV ads also got the space at this time, and the whole world of advertisements got revolutionized.

Radio and TV ads took the personalization to the next level in which ad campaigns were designed in such a manner that audiences got a personalized touch.

The very first ad that was run on the radio came into existence in 1922. Let us unfold that part of the history of advertising here and now-

In 1922, Radio host H.M. Blackwell made his radio ad by incorporating the indirect-direct strategy. This ad campaign had a 10-minute discussion about the virtues of carrying on with a happy life at the Hawthorne Court Apartments in Jackson Heights, Queens. The expense for this 10-minute radio ad was $50.

The very first radio stations were set up by radio hardware makers and retailers in the early 1920s. Madison Avenue was amongst the first of those who perceived the significance of radio ads as one of the most useful mediums for promotions.

As per the advertising veterans, the first ad for a live radio station was supported by a milk company and published in the Los Angeles Times on May 6, 1930. In the same year, Rosser Reeves presented the possibility of USP that depicts how your business will tackle the concerns of your clients. It was another move towards personalized radio advertising potentials.

The next big thing in the history of advertising then occurred on July 1, 1941, when the very first commercial sprung up on TV screens on WNBT. Even though this Bulova Watch Company TV ad was just of 10-second, it set the trend for the following 70 years. 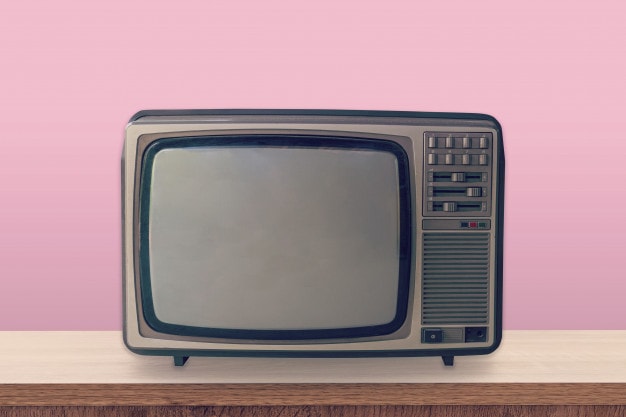 With the booming presence of TV ads came the golden time of advertising, in which innovating advertising ideas and celebrities used to come on the TV ads during the 1960s through the late 1980s.

Many businesses started assembling characters around their items to set up a favorable association with their audiences. TV advertising became a prime means of effective branding.

Many ads like Tony the Tiger for Frosted Flakes, or Pop gnomes for Rice Krispies were one of the most popular ads. Some of the well-known faces such as Marlboro Man from the 1960s to 1990s were likewise regularly used to sell items and optimize TV advertising.

The medium of Television was so powerful, and companies started using it for TV advertising so predominantly with a sheer motive of widening the reach, increasing customer awareness, and increasing sales.

Using characters in TV ads was mainly done for developing an ad culture, and it became quite successful in putting products at the forefront.

Cable TV Advertising from the 1980s

TV advertising saw intensive publicity in the late 1980s and mid-1990s with the popularity of cable television. MTV played a preeminent role in changing the dynamic of TV ads. Spearheading the idea of the music video, MTV came up with multiple sorts of TV ads concepts.

With the booming popularity of cable and satellite TV, many specialty channels rose to fame, including TV channels thoroughly committed to Ads, for example, QVC, ShopTV Canada, and Home Shopping Network.

1941: FCC (Federal Communications Commission) provided business licenses to 10 US TV stations in May, while on July 1, the very first TV ad aired talking about a spot by the Bulova watch company that had a cost of $9.

1963: TV outperformed the newspapers as the information source for the very first time.

1971: There occurred a congressional ban on radio and TV cigarette ads that stripped broadcast business of about $220 million in television advertising.

1977: Gross Television ad incomes ascend to $7.5 billion, which, at that point, likens to 20% of all total US advertising.

1984: In the third quarter of the Super Bowl, Apple came up with the Macintosh PC with a $500,000 spot that transformed the NFL’s main game into a significant advertising occasion. This likewise denoted the start of a time when advertising become so significant.

1989: Because of expanded rivalry, big broadcast networks arrived at a massive low of 55% of the total TV viewership.

1994: This year, the history of advertising met with a new revolution, which was online advertising. The online ad spending reached $300 million in the mid-1990s.

1997: Netflix was launched with a DVD pay-per-rental model.

1999: TiVo came up with its first Digital Video Recorder (DVR) unit via which the time of recording shows started.

2005: YouTube was launched in this year. Then in the next year, Google purchased it for $1.65 billion.

2007: Netflix streaming was launched this year, plus AMC acquainted the world with our top choice, “Mad Man”: Don Draper.

2017: US subscription video services channelized by Hulu, Amazon, and Netflix made around $15 billion in monthly charges only.

2017: Spending on TV advertisements succumbs to the first run-through, as more Americans make a move away from the link. Viewership of even the most mainstream organizations keeps on declining.

2019: The pay-TV industry says a 5% decrease in pay-TV users in 2019. YouTube TV also opened up across the nation and offered a different type of membership plan.

So, while exploring the history of advertising on TV, you got to know about the shifting of advertising from TV to the web. Let us now, have a detailed look upon the evolution of online advertising here and now- 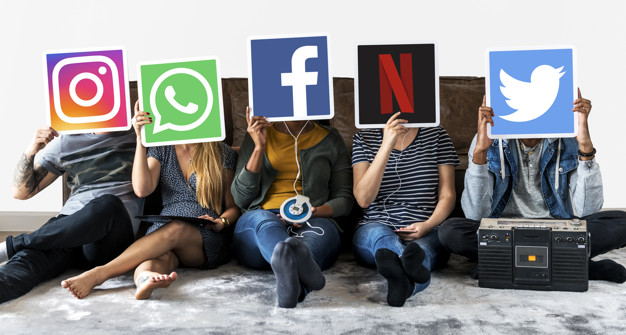 1978- Email marketing was used as the first instance of email spam whose purpose was advertising.

1980- Usenet, which was a popular discussion forum, was launched this year, and it was overwhelmed via advertising spam posts.

1984- Banner advertising was used in this year. Prodigy was launched to offer one of the first online advertising services. However, such ads were most in the same spot on the screen, and they were non-clickable.

1991- There was a ban on commercial use on the NSFNET was lifted by the National Science Foundation (NSF) in this year.

1993- GNN, which was one of the first web publications and advertising services, was launched this year by O’Reilly Media.

1994- Banner advertising was again used, as the first-ever clickable advertisement was sold to a Silicon Valley law firm by GNN in this year.

1994- HotWired, which is the first commercial web magazine, was launched this year.

1994- Again, a banner advertising event, as the very first ever banner, was sold to AT&T and was visible on the first issue of HotWired.

1996- Ad serving DoubleClick, which was a prominent online advertising company, was launched.

1996- Search advertising Yahoo! introduced the very first search ads in their search engine on the web.

1997- Pop-up ads were invented by Ethan Zuckerman and considered to be a more aggressive and disliked advertising strategy.

1998- Ad exchange OpenX was one of the first ad exchanges that were launched as an open-source project.

1999- HotWired was shut down after its domain was re-purposed by Lycos.

2000- Search advertising Google came up with the prominent AdWords service this year, which allowed for advertising based on the browsing habits and search keywords of users.

2002- Different prominent web browsers such as Firefox, Opera, and Netscape started to roll out features to block these ads.

2004- Facebook was launched this year and since then started the Social Media Advertising.

2007- Content discovery platform Taboola was introduced in this year.

2007- Demand-side platform MediaMath was launched in this year.

2009- Google came up with its ad exchange platform with DoubleClick.

2010- Twitter came up with Promoted Tweets that enabled advertisers to pay for tweets to be shown to target users.

2014- Pinterest as an image sharing platform was launched with Promoted Pins sorts of options for Social Media Advertising.