The offensive marketing strategy is employed when more than one company in a market offers the same kind of product; therefore each company only receives a percentage of all sales of that category of product. Each company has a market share and any company that takes extra ordinary efforts to gain more market share against competition by directly attacking the competitors business plan, and taking away its market is actually described as the offensive marketing strategy.

One of the most successful examples of offensive marketing in history is the fight of Harley Davidson against Japanese manufactured motorcycles, so as to gain massive market share in USA. In the 1960’s, Harley Davidson emerged from near bankruptcy to dominate the market with an aggressive business strategy based on cheaper, faster bikes from foreign manufacturers. The company has turned the image of a tough looking leather clade man on a motorcycle into an icon for the company itself. They managed to do this by concentrating on the unique features of its products while pointing out what the competitors product lacked. 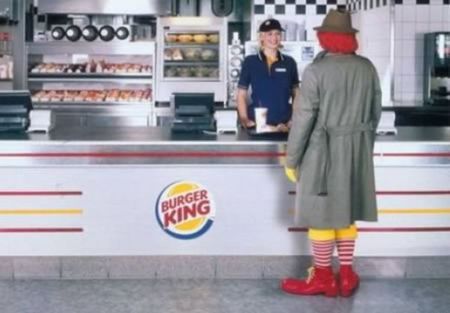 We can see the offensive marketing plan especially in politics when there are new elections and not only in the business sector. In politics, candidates are continuously trying to plot attacks against their competitors in order to gain the votes of their opponents.

Any type of company can use this strategy, whether it is small-medium sized companies or large corporations. The only requirement is that an organization has to be in direct competition with another one, in order to be able to employ this strategy.  Moreover, the strategy is focusing on reaching customers who already prefer a competing company or customers who are undecided which products they become loyal to.

This strategy can be seen as a complex strategy as it has to communicate the appeal of its own products but must also understand the strengths and weaknesses of the competitor’s products / offerings. Therefore, the first step in pursuing this kind of strategy is to identify competitor’s advantages and disadvantages.

In order to analyze the effects of the strategy upon their own business, business should closely monitor the effects of offensive marketing campaigns and survey the customers for their views of the campaign.

Besides the Harley Davidson example of company successfully employing the offensive marketing strategy, there are plenty of other such examples such as Samsung versus Apple, Pepsi versus Coca Cola. An excellent article for the same is Top 12 marketing rivals.

The strategy also implies the use of both direct and indirect attacks. In the following the different types of attacks are being mentioned and described.

The above strategies are very similar to Market challenger strategies. The main purpose of the offensive strategy is to destabilize the leader, acquire market share and realize a boost in sales.