A company establishes a network of distributors and dealers in order to get the products to the end consumers. However, because this network is operated manually, it will always have friction. This friction comes in the form of channel conflict, which arises due to various reasons. Price differentiation can be one reason and territory encroachment can be another. However, if you look at the overall picture, there are many different reasons for channel conflicts but there are only three different types of such conflicts.

It is important that a company which sells its products through channel marketing, understanding the different types of channel conflicts and thereby take steps to manage channel conflicts. Let us understand the typical distribution channel first. 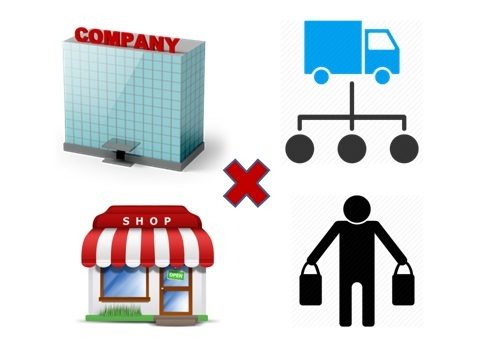 In the above case, the manufacturer is level 1, the C&F or carrying or forwarding agent is level 2, the distributor is level 3, the retailer is level 4 and the end consumer is level 5. Understanding the levels is important to understand which level the channel conflict is arising from or is it on multiple levels. Let us delve deeper into these conflicts.

The three type of channel conflicts which can occur are 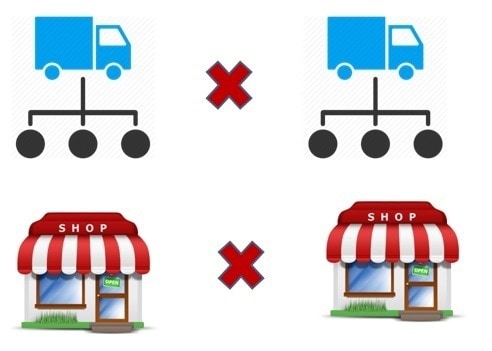 There is a difference between competition and horizontal channel conflict. If store 1 and store 2 were both performing optimally so that they can show the best figures to the company and win the prize for the best channel dealer, then they are competitors. However, if they are breaking the company rules and encroaching each others territories, then this is clearly channel conflict. And it has to be managed by the company by setting a rule or a policy.

Such channel conflicts are one of the most common kinds of conflict in channel management. These arise due to human nature. Distributor in territory 1 might be more aggressive and the one in territory 2 might be passive. Thus, encroachment happens and is not controlled till the distributor 2 raises his voice against the injustice. Such Horizontal channel conflicts can happen at various levels in the channel and it is not necessary that it happen at retailer level only or the reason be encroachment only. 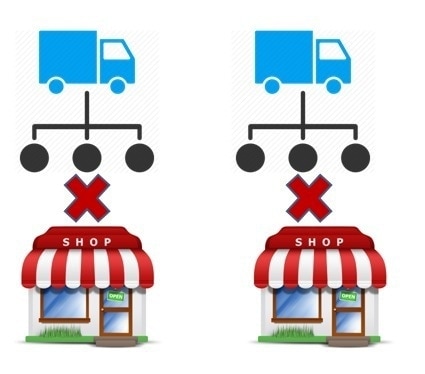 However, Region 2 now gets news that this is happening in region 1 and that freezers are being provided for free to all retailers in region 1. The retailers of region 2 immediately revolt and ask for further discounts on freezers or to give the freezers completely free. They don’t understand that sales in region 2 is already high and margins are low for the company. Ultimately, this creates a vertical channel conflict for the company. Now the company has to decide whether it will support region 1 or region 2.

Another example of vertical channel conflict is a Distributor preferring one retailer over the other. In such a case, retailer 1 might get extra credit, he might get deliveries faster, he might get further discounts, whereas due to whatever reasons, retailer 2 might not get such benefits. It might be due to the distributors relations with Retailer 1 or it might be due to the nature of retailer 2 (haggling, rudeness). But this can be another real live example of vertical channel conflict.

Because of their very nature, vertical channel conflicts happen rarely, but  once they happen, they have a long lasting effect. In the recent decade, we have seen some fantastic examples of Multi channel conflicts. 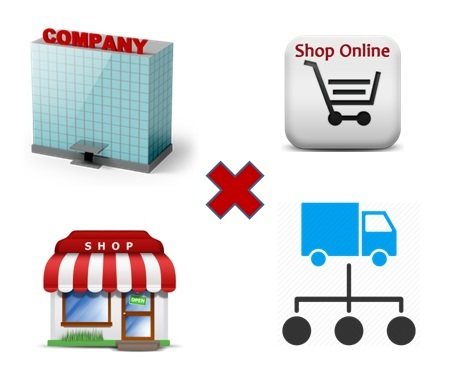 When Small retailers and businessmen were thriving in business, Modern retail came in the picture. Large hypermarkets and malls were started where people could do all their shopping. An altogether different distribution channel was created. Due to their bulk buying power, these hypermarkets were giving huge discounts and making huge sales as well.

As a result, many companies were boycotted by small retailers because they felt left out and they could not cope with the price. This created a huge multiple channel conflict with small retailers standing in unity against the tyranny of large markets. Ultimately, the companies had to come in and settle the dispute by maintaining the price across multiple channels. So they set a standard price of products, whether it was selling in hyper markets or small retail.

Now, the same thing is repeating but the players are three fold – Small business, Modern retail and E-commerce. E-commerce went a step ahead of modern retail and even small businessmen got back at modern retailers by offering even lower prices on online platforms. There was no store to be leased, no rent to be paid, not a dollar to be spent but only material had to be bought and it had to be shipped. The lower the price of buying, the lower the selling price.

In the times of E-commerce, Hypermarkets had leased huge spaces for which they were paying sky high rents. When E-commerce started, hypermarkets dropped a bit in demand and today all of them are fighting each other. It is a constant multiple channel conflict for each company because if there are lower prices anywhere, it immediately gets public and then the other channel starts complaining or demanding lower prices. Furthermore, one channel might complain about the other and vice versa.

In the end, these are the three types of channel conflicts which exist in channel marketing. Horizontal conflict might be quite regular but its effect will be localised. Vertical conflict is not regular and its effect might be regional. However, multiple channel conflict generally has a national level effect because it always occurs when the company has made major changes.