The generic strategies described by Michael Porter are essential to explain how a company e uses its competitive advantage to compete within a similar industry.

Therefore, Porter suggested that the company can use either the differentiation or cost leadership or focus strategy as a competitive edge to survive in the market.

As mentioned above, Porter suggested either of the three strategies to survive in a competitive business. The company must use only one out of three competitive strategies.

This will help the company to survive and minimize the risk, but if the company does not choose one of three competitive strategies, then there would be a loss of resources.

All of the six strategies designed by porter enlists the interaction between production differentiation, cost minimization, and focus on the market of the firm.

There are two basic competitive advantages and when these are combined with the scope of activities which will help the organization to achieve a performance which is above average amongst all the other competitors in the industry. There are two variants of the focus strategy, which are differentiation focus and cost focus.

It can be summarized that if, in general, all of the segments or most of the segments, are targeted by a firm or an industry which is based on targeting the price-conscious customers then it is following the cost leadership competitive strategy in order to beat the competition.

Also, when the target customers were not price-conscious but are conscious of the features or attributes of the product with respect to quality or service, then the organization requires a higher price for the product.

In this case, it is pursuing a differentiation strategy which ensures that it needs to differentiate the product amongst other competitors by placing itself as unique in the minds of the customer. 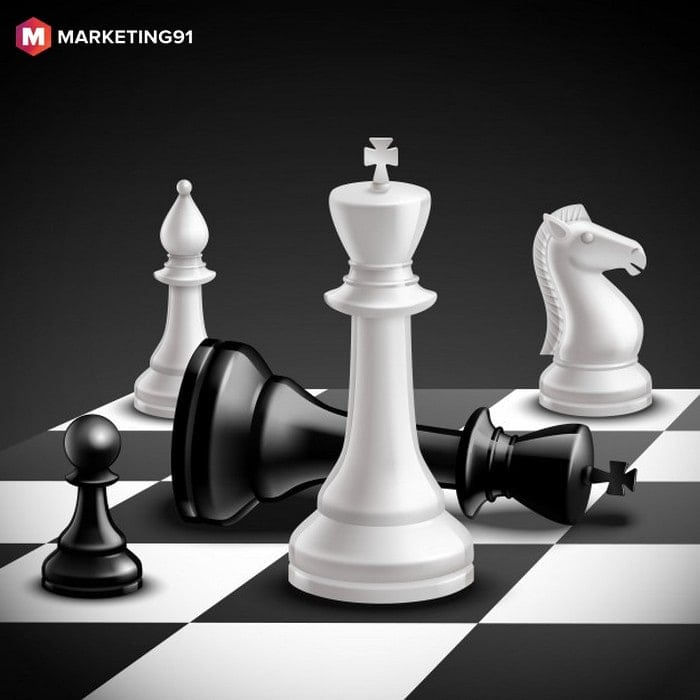 Profit is the baseline for almost every company in the market. Without profit, the company cannot survive since it forms the baseline of all the operations. Although the modern definitions of baseline have been changed, the property remains the most important one nevertheless.

In order to gain better profits, the company has to have a better sale of their products or services. This can be done only with the help of either better products, better prices, or having a unique selling proposition.

Every company strives to beat its competitors in order to have better profits and gain an edge in the market. This is where the concept of competitive strategy comes into the picture.

With the help of a competitive strategy, the organization can modify itself according to the needs of the market and armament itself with required tools and changes in order to combat other competitors. The cooperative strategy is a plan which will help the company to beat other players in the market by planned strategy.

Whenever a company undergoes reform for rebranding for a particular product or the entire product design or even the entire company, then competitive strategy becomes very crucial.

Having a new competitor strategy to beat the rival companies or their products by rebranding or redesigning their products helps the company to gain better profits and create a new image in the market. 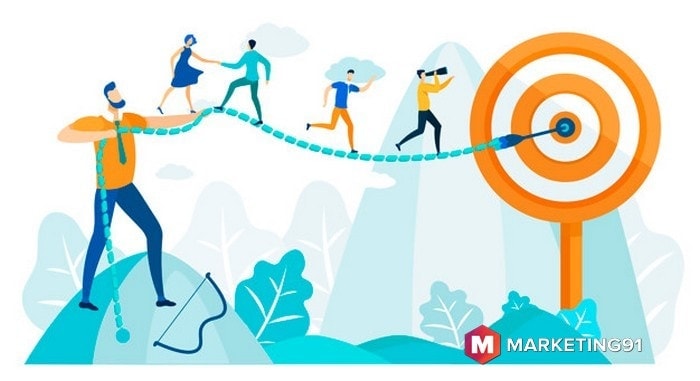 This is a strategy as described by the porter in which the firm has their source of getting the market share by placing their products to the price-sensitive or cost-conscious customers. They can achieve this by offering the best and lowest prices on the products.

They can also offer a low price to value ratio. In order to maintain the profit levels, the organization needs to have a high return on investment and the operating cost, which will ensure that the profit line does not fall below its competitors. There are three ways to achieve this:

The first is by achieving lower operating costs, which is achieved by having a high volume of standardized products. These are basic products with no additional increments or personalization, which is why the production cost is lowered because of moments and standard components.

The number of models or variants are the method in order to ensure a larger and faster production and the overheads are minimized by paying less to their employees or locating the manufacturing facility to lower rented areas.

In order to keep up with the strategy, it is required that the organization continuously hunts for cost-cutting and cost reduction in almost all of the aspects of the business which includes outsourcing or reducing the production costs or increasing the capacity of assets and minimizing the costs of distribution advertising and research.

The second way used to reduce or exert control over the value chain, which comprises the functional groups such as marketing, finance, information technology, supply chain, etc. For supply chain management achieving over costs can be done by giving discounts on bulk buying or following up with suppliers for price.

Companies also achieve this by inviting competitive bidding for a contract from various vendors. Walmart is one of the best examples which squeezes its suppliers in order to ensure the lowest price for their products. The other strategies would include preferential access to the raw materials provided by the company.

The third way is the one which helps in achieving high utilization of assets. In case of service industry this means that for example, airline companies fly their flights faster than the other competitive airlines which will help to achieve more trips and generate more revenue or in case of entertainment industry it would mean that screening more than average shows on theatre in order to invite more audience and generate more revenue.

The high utilization of assets helps in spreading the costs over multiple units, which will result in lower per-unit cost.

Economics of scale and higher production volumes and bigger market share, either of one is required in order to apply the cost differentiation strategy. Smaller firms cannot apply a cost-focused approach because of the fact they do not have higher volumes.

Using a cost-based differentiation strategy would harm and put the new firm in a dangerous situation in terms of sustainability in the market.

The customers do not have loyalty towards products, or in other cases, because economic and price-sensitive customers will change the brand of the product immediately once cheaper alternatives available. The organization develops a poor reputation, which is associated with lower cost.

Usually, the customers associate the economic products with low quality, and it will be very difficult for the organization to change its branding and rebrand itself and their products in order to change the strategy in the future. 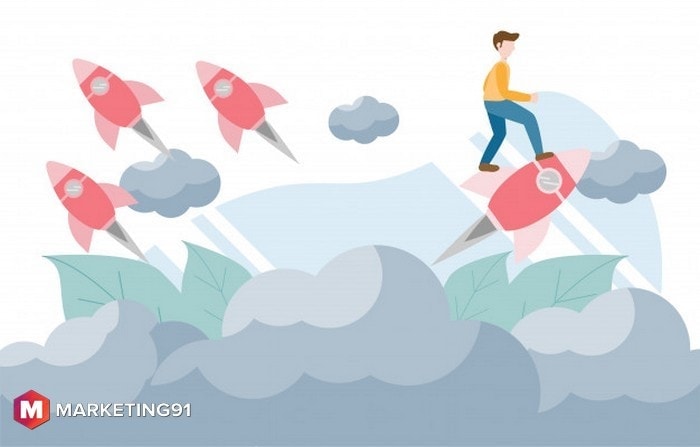 The primary idea behind the differentiation strategy is to differentiate the product in one or the other way in order to compete successfully and better with other competitors in the market.

Many companies have successfully differentiated their products with respect to competitors by making a brand image or brand mark, for example, Nike shoes.

Value-added products are what drives the profit of differentiated products. The successful brand management team can also make an effective differentiation for the product and the company in the minds of the customer.

Differentiation strategy would not be suitable for small and medium companies where the focus is not the niche market but to cater to the entire population.

In differentiation, the cost of production may go up, but it can be easily covered by catering the selected customers who are ready to shell out premium pricing for their product. There are two variants of the differentiation strategy.

The first is the shareholder value model, which considers that having a specialized knowledge is very important for differentiation advantage, and as long as the knowledge is unique to the firm, it is beneficial for the company.

In the second model, which is named as unlimited resources model, the theory suggests that it has to utilize the available base of resources which is large enough to outpace its competitors.

Since the organization is already full of more resources, it can take risks and sustain profitability for a long time and then small and medium scale organizations can.

Free sample 90% of mobile phones use Android as an operating system, but Apple has differentiated itself by using a unique software which is exclusive to Apple products only, which are called the Apple operating system.

Following the footsteps of Apple Google with its own flagship mobile phones called Pixel phones. Although Google is using Android as the software that has differentiated itself with a premium camera which cannot be compared to any other phones present in the market. 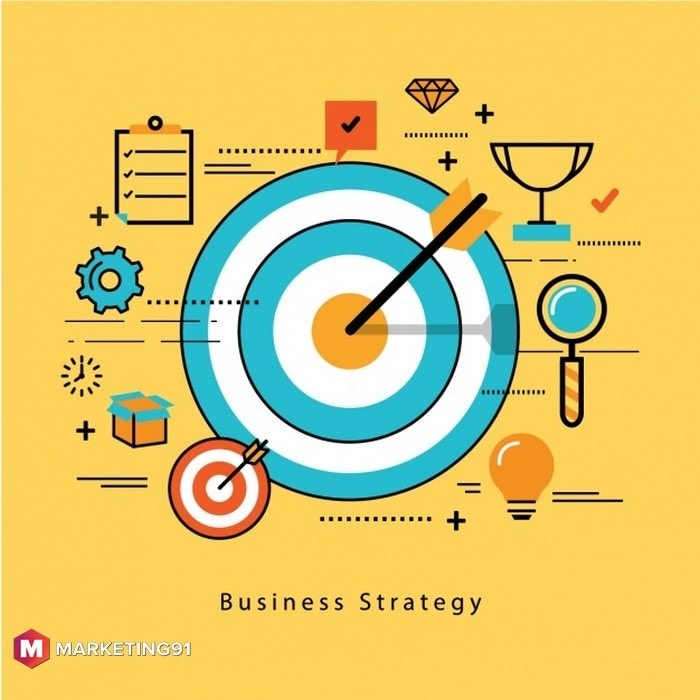 These companies can avoid competition with larger organizations and can focus on a very small market. In the case of narrow focus strategies wherein the target market, which is also called a niche, the market is targeted. It is essential that there should be different groups with unique needs.

Nice marketing strategy is used by various companies in order to focus on a very narrow segment of customers. For example, Sensodyne has started a brand of toothpaste which focus is of teeth rather than the toothpaste which are used for cleaning of teeth daily.

There are many companies which are involved in making clothes for left-handed people who have buttons on the opposite side where they will be comfortable wearing it.

Leftyslefthanded, anything left-handed, etc. Are a few of the websites which offer clothes and many other things like hand gloves, scissors and other daily essentials which are required for left-handed people.

They work only in this category and cater to a very narrow segment of customers.

Here is a video by Marketing91 on Competitive Strategies.

Limitations of competitive strategies of porter

There have been multiple reports claiming the lack of flexibility and specificity of generic strategies by the porter.

Porter insisted that the idea of a single strategy is to be adopted by a company and ‘stuck in the middle’ scenario will be faced by the company who does not do so. This argument has a base on differentiation, which will incur costs to the organization, which is contradictory to the strategy of low cost.

Also, standardized products with similar features may not be acceptable to many customers, and it will not result in any differentiation which is why differentiation and cost leadership, each of them will be mutually exclusive with each other.

Particularly many companies have entered a business as a niche company and slowly expanded and grown, which in itself is contradictory to the competitive strategy of porter.

Many companies have successfully implemented a hybrid strategy, which is a combination of two or more strategies by the porter. This is a contradiction to the basic idea of porter strategy that only one company should follow one strategy at a time.

These firms are seen to outperform the ones that are adopting a single strategy which contradicts porter’s competitive strategies.

Porter also suggested that staying with a single strategy and implementing it throughout the lifetime of the business, but in the dynamic changes in the market may not allow the company to follow a single strategy.

The company should be dynamic and responsive to the changes in the market and should follow a strategy which is adaptive to the same.