Home » Strategy » What Is Harvesting Strategy in Business?

A harvesting strategy is basically a plan that is used in the field of business industry which involves either canceling or cutting down the expenditure on a particular product. Usually, this type of decision is taken when the companies or the business entities that are manufacturing that particular product stops yielding any more profit or it costs too much in order to boost the sales.

This type of decision is taken in order to help the companies overcome their losses or prevent them from happening. Normally in such a decision, those products are canceled which seems to be in its older stages where the demand for that product decreases or become outdated according to the latest trend.

So when the products are towards the end of their lifecycle, where they have very fewer demands among the customers that are the time when the companies decide to stop the production of that product by preventing investing more money into it.

It is usually a wise decision to take because in this the production of such a product is reduced or even terminate which promise for either less or no product revenue. If they keep investing in such a product, it would only rise up the expenses and may not result in any profitable output.

In general, the term harvesting strategy is nothing but well-planned discontinuation of the entire product line when it becomes difficult to extract profit from. Also not just the product line but sometimes the entire sector of any companies can be terminated for once and for all if it feels like it is not generating profit for the company anymore. Thus this stagey allows the marketers to eliminate the marketing expenditures on that product.

Now generally, this harvesting strategy is used at times when the revenue that is made by an annual investment is unable to overcome the expenses that are associated with it. In cases like these, then all the product line or the businesslike is eliminated.

The sales revenue decreases even below the cut-off point, which carries gives the sign that a certain product line or the business line needs to be terminated.

Thus the idea of the harvesting strategy is used when the products or the entire business reaches the stage of ‘cash cow’.  The ‘cash cow’ is a term which is used to refer to a situation when the product or the business seems unlikely to grow any further or contribute in the growth of the entire company, even when enough of the investment is made into that.

Thus those businesses which are likely to be more successful or show strong promises of becoming a success, then those extra revenues that are generated can be used for the purpose of increasing the performance of the other weaker sectors of the business.

Also many at times people tend to confuse the harvesting strategy with the exit strategy. But it should be noted that both the two terms are completely different. An exit strategy refers to the selling of an entire company and exiting the market.

This is considered to be the extreme version of the harvest strategy. While in harvest started one a particular product line or a particular sector of the business is terminated or reduced but the company still continues to manufacture other products or other sectors of that particular company. 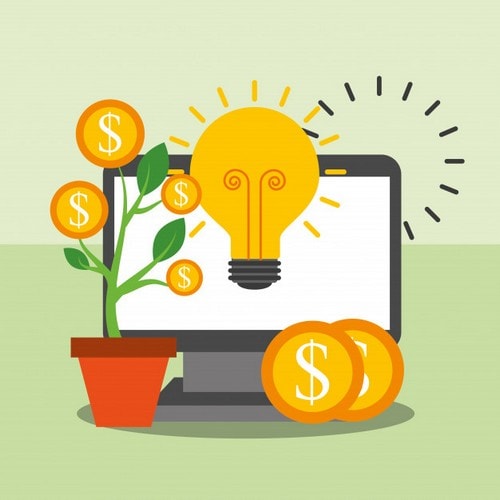 Now so far we have learned that the term harvesting strategy usually means terminating a product or reducing its manufacturing. Now that we have understood what the harvesting strategy is let us take an example to understand it in a more simplified way.

So for example, two people Marie and Jessie together opened a commonly named XYZ. Then they both together invest their time and money all of their harbored into growing that product. In no time their company lifts up and after say 15 years, the company grows to a value which is beyond $200,000. It is a clear sign that the company is going really good.

Then all of a sudden and another company with the name ABC comes and offers to give $16 million in order to buy the company. Now here to both the two people Marie and Jessie agree with the deal and sell the company at $16 million. Now they divide it in 50 – 50 between them. Thus this is a perfect example of how the cash transaction allowed them to harvest the sweet fruit of abundance of money after their years of hard work and dedication. This way both the two ladies are able to harvest tier investment that they have been making for so many years in their company.

Thus harvesting does not always mean terminating a business. Although the main object of harvesting is always profitability.

Now let us consider a situation where harvesting strategy is used but not in the form of merger. In this case, the investors who have been making an investment in their company can choose an alternate option to harvest their success. This can be done via the IPOs. The IPO stands for Initial Public Offerings of Stocks or the sales of their positions to the third parties.

What are the different options that a person has when he chooses harvesting strategy?

The situation in which the commonages have to choose the harvesting strategy also depends a lot on the interest of the customer on that particular product. Now suppose that if a product has been ruling the market for quite some time now. But after some time a new product comes in the market which does the same function but is a more advanced version of the previous product.

This case, the crony may decide to terminate the launch of that particular product as it has become outdated and hence not invest in it anymore. But now the question arises that if they take the decisions of the harvest strategy, there are several options they can opt to implement this strategy-

What is the importance of harvesting strategy? 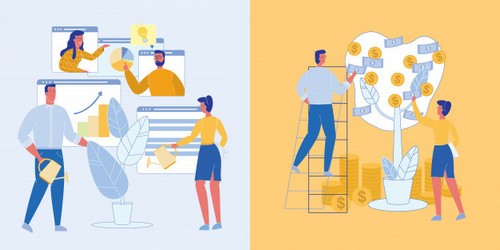 This way the companies can stop investing more in them and instead invest this money into their other products to make them better. Most of the times the harvestings target is applied to usually those products when demand starts decreasing either due to the decreasing interest of the customer in that product or due to the launch of a more better and an updated version of that product.

It also helps them in reducing the chances of losses because once they understand which products are not helping them grow, they can exclude them out. Thus in this way, the harvesting strategies are of great help.

Harvesting strategy allows the entrepreneurs and inventors to make out the maximum out of the business they are investing in. It is basically a reward for the hard work and the innovation that the investors have been putting in to help their business grow.

Thus, the harvesting stagey is considered being quite a smart approach in the field of business. It prevents the losses that the business may incur in the future and thus helps the business grow into a profitable one.