Consumerism is the belief that the purchase of goods and services is always a good thing, no matter what the cost. This way of thinking has led to a throwaway culture, where people buy things and then get rid of them when they’re done with them. Consumerism also encourages people to spend money they don’t have on things they don’t need.

The consumer mentality of Western culture, in which consumers are urged to purchase anything, no matter whether they require it, is known as consumerism. People often want things they don’t need because it makes them feel good or look a certain way. Owning these items becomes a source of pleasure and fulfillment.

Consumerism is an economic and social system that prizes the acquisition of goods and services. In the past century, industrialization led to overproduction where there was more supply than consumer demand. To compensate, manufacturers often rely on planned obsolescence (making products with a shorter lifespan) or effective marketing strategies to get consumers to spend money.

Thorstein Veblen, an author of a book on consumerism named “The Theory of the Leisure Class,” published in 1899, delved into the popular values and economic institutions that arose with the newfound abundance of “leisure time” near the start of the 20th century. In his writing, Veblen refers to these actions and spending trends as “conspicuous and vicarious consumption and waste.” What he means is that they are designed to showcase one’s social status instead of being practical or helpful.

Consumerism refers to the belief that consuming goods and services is the key to a happy, successful life. Consumerism has been a driving force behind the enormous growth of the world economy and the rise of global consumer culture.

Consumer spending habits have a significant impact on the way businesses operate and the way resources are used. Consumerism is often criticized for promoting a culture of materialism and over-consumption. An enormously productive economy demands consumer spending, and critics argue that this encourages a cycle of ever-increasing consumption.

Proponents of consumerism argue that it is a natural and inevitable response to the needs and wants of human beings. They point out that increased consumption can lead to greater satisfaction and spiritual fulfillment. Consumerism is often seen as a positive force in the economy, providing incentives for businesses to invest and innovate.

After World War II, consumerism became a major force in Western societies. Consumer culture and spending habits changed dramatically, as people began to purchase more goods and services than ever before. Consumerism has been a controversial topic ever since.

Some argue that it is an essential part of a thriving economy, while others claim that it is a destructive force that harms individuals and society as a whole. So, spiritual satisfaction can’t be the only thing that matters in life, but it is still an important factor to consider.

Consumerism has been on the rise since the industrial revolution. With more goods being produced than ever before, companies needed to find ways to get people to buy their products. They did this by using marketing and advertising to create a need for their products.

During the 18th century, in north-western Europe, wages increased and families started buying more commodities for their homes. The consumerism movement or consumer revolution started in the mid-18th century when people began spending frivolously on items they didn’t need.

In the early 20th century, Consumerism continued to grow with the help of advertising and mass production. Consumerism is often linked with materialism, where people value objects over experiences.

When World War I ended in 1918, American film production dramatically increased. In 1920, the rate was 12 times greater than it had been in 1860. Additionally, in that decade, people spent more on significant quantities of goods as a result of increasing consumer credit and bank lending.

These significant occurrences, while brief-lived, helped to create unique worldwide popularity for consumerism in the 1920s.

How Does Consumerism Work?

At the root of consumerism is the choice to value wealth over virtue, which in turn drives the economy of the countries. When people continuously spend on unnecessary or luxury items, especially through credit, it results in an increase in debt.

Working of consumerism revolves around the following steps-

However, the vicious cycle of Consumerism can be difficult to break out of, as people continuously strive for more and better. There are a few key things that Consumerism relies on:

The Economic Impact of Consumerism 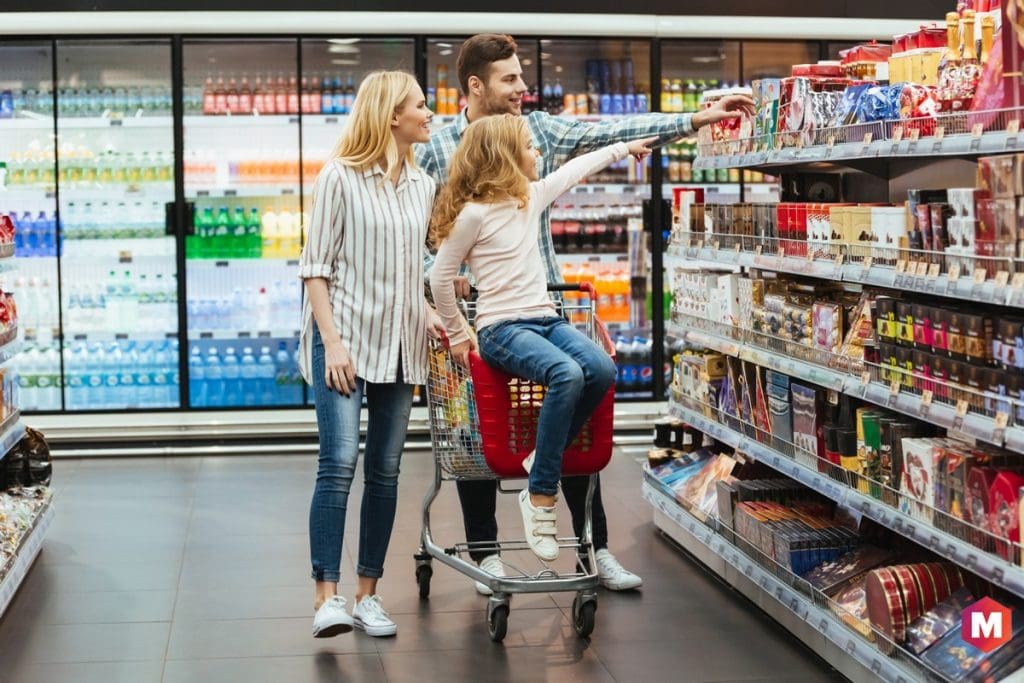 The most effective way to boost economic growth, according to Keynesian macroeconomics, is through fiscal and monetary policy that encourages consumer spending. This is because consumer spending makes up the lion’s share of aggregate demand and gross domestic product (GDP).

Consumerism is a form of capitalism that focuses on increasing sales, profits, and consumption. The consumer is regarded as the target of economic policy and a cash cow for business, with the sole aim of boosting consumption. Saving may even be regarded as bad for the economy since it detracts from immediate spending.

Some business practices are shaped by consumerism. For example, preexisting goods can be forced out of the market because newer, more durable versions were created. Another instance where consumerism affects businesses is when marketing and advertising strategies center around creating a want for new products in consumers rather than informing them about the product itself.

Consumerism does create jobs and spur economic activity. It’s a driver of innovation and creativity. But there are also some downsides to Consumerism that can have a negative impact on the economy.

For instance, Consumerism can lead to over-production and waste. It can also encourage people to take on too much debt, which can eventually lead to a financial crisis. And Consumerism can create income inequality and social stratification, as well as environmental degradation.

In the end, Consumerism is a double-edged sword. It can boost economic growth, but it can also have some negative consequences. It’s up to policymakers to decide how to strike the right balance.

While it can spur economic growth and create jobs, conspicuous consumption can also lead to income inequality and social stratification. It can also be environmentally damaging, as the production of luxury goods often requires the use of scarce resources.

In 1899, Thorstein Veblen, a political economist, came up with the idea of conspicuous consumption. He suggested that people buy some items not because they need them or for their usefulness but to show off their social and economic status.

There are some advantages to Consumerism. For instance, Consumerism can spur economic growth and create jobs. It can also be a driver of innovation and creativity.

There are some disadvantages to Consumerism as well. For instance, Consumerism can lead to over-production and waste. When businesses produce too much of a product, it often ends up getting thrown away or going to waste.

Consumerism can also encourage people to take on too much debt. As people buy more and more, they often have to take out loans or use credit cards to pay for their purchases. This can eventually lead to a financial crisis.

And Consumerism can create income inequality and social stratification. As people consume more, they often demand better quality products and services. This can lead to businesses providing higher quality goods and services to the people who can afford them while leaving the poorest people behind.

Consumerism can also be environmentally damaging. The production of Consumer goods often requires the use of scarce resources, which can lead to environmental degradation. 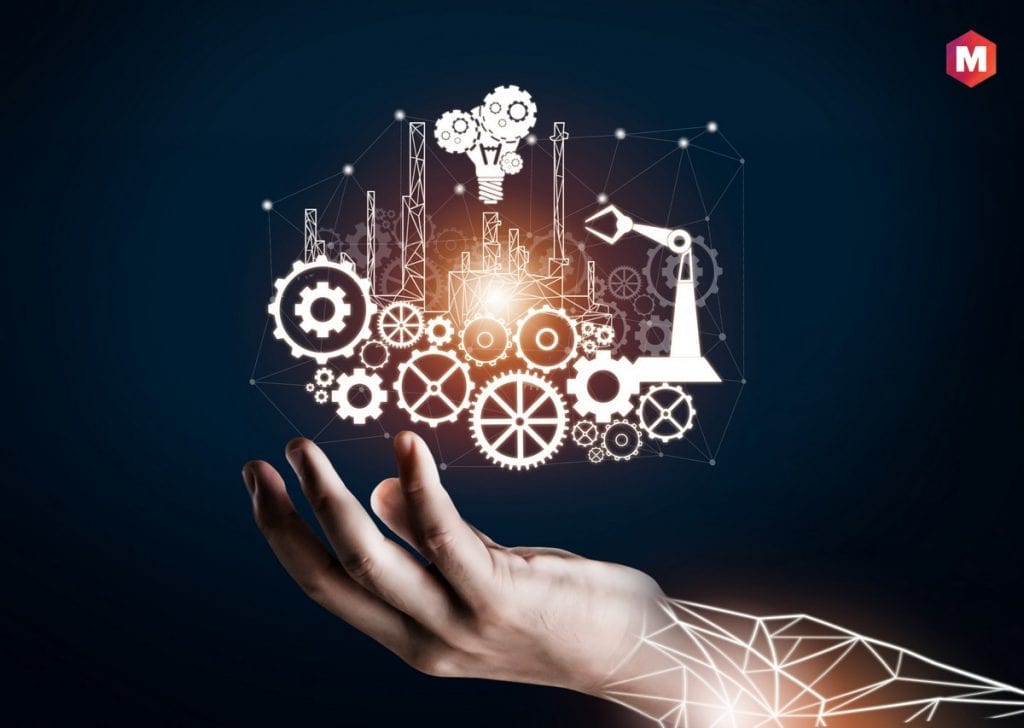 There are many examples of Consumerism.

The car industry is a prime example of Consumerism. Cars are often seen as status symbols, and people often buy them to show off their wealth or income. This has led to over-production and waste in the car industry. It has also led to environmental degradation, as the production of cars requires the use of scarce resources.

The fashion industry is another prime example of Consumerism. People often buy clothes not because they need them but to keep up with social trends and peer pressure. This has led to over-production and waste in the fashion industry. It has also led to social stratification, as the people who can afford to buy designer clothes are often seen as being more wealthy or successful than those who cannot.

The food industry is also a popular example of how consumerism works. People often buy food not because they need it but because it is convenient or because they are hungry. This has resulted in a surplus of food and waste in the sector. It has also led to environmental degradation, as the production of food requires the use of scarce resources.

Is Consumerism Bad for Society?

How Does Consumerism Shape Social Class?

Consumerism has a big impact on social class. As people consume more, they often demand better quality products and services.

It is important to note that Consumerism is not the same as Capitalism. Consumerism is a social and economic system that encourages people to buy and use goods and services.

In a capitalist setup, the political and economic power is often concentrated in the hands of those who control the means of production. This can lead to an unequal distribution of wealth and resources as well as further economic expansion. Consumerism can be a way to redistribute some of this power and create a more level playing field.

Consumerism can perpetuate economic growth. The immense productive powers created by modern technology require ever-increasing levels of consumption to sustain. Consumer spending is essential to keeping the economy running smoothly. Consumerism is not always about acquiring material goods. It can also refer to the pursuit of creative or educational pursuits. For example, someone who attends art classes or reads extensively can be said to be engaging in a form of consumerism.

Consumerism is often seen as a negative force in society, but it doesn’t have to be. Consumerism can actually be a positive force if it is managed correctly.

With the right mix of government regulation and consumer education, consumerism can be a powerful tool for good. It is up to us to decide how we want to use it.

What are your thoughts on consumerism? Let us know in the comments below.