The iPad has been designed, produced and marketed by the international company Apple Inc. The company deals with tablet computers and it was the first company to launch the iPads, which was a fantastic innovation by Apple and catapulted the company into instantaneous fame. As on date, more than 200 million units of iPads have been sold in the international market.

Product in the Marketing mix of Ipad

Apple has a clear-cut policy while developing their products. All their products are distinctive with special features that make them unique in themselves.

The first iPad was introduced in 2010 and the next models iPad Air and later the second-generation iPad Mini were introduced in November 2013. The USP of Ipad is its user interface. Which is all about the screen, the multi-touch that includes a keyboard, a Wi-Fi and depending on your Ipad model, cellular connectivity. All the iPads can play music, take snaps, shoot videos and perform various functions on the internet like emailing, browsing and GPS navigation. The various types of iPads are as follows-

The product of Apple mainly sells because you then belong to the Apple system. In Apple, the Ipad and the Iphone can be completely synced. Both of them have amazing softwares and apps which help day to day activities and can be modified for any kind of business. Thus, Ipad is a choice for residential as well as business customers. 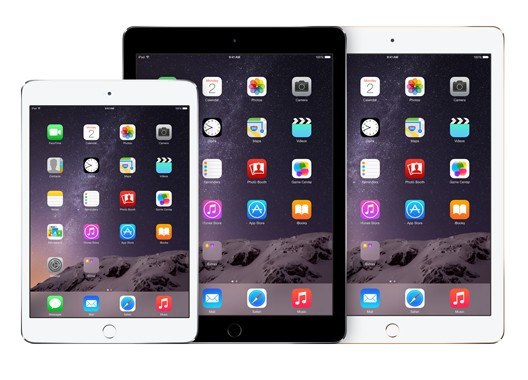 Place in the Marketing mix of Ipad

The company Apple has been able to grasp the attention and the interest of the customers by its approach to distribution of its products. It has literally changed the dynamics of a “marketing place”. Being a premium company, Apple has to ensure that its distribution channel is “Premium”.

The company has presence in nearly 200 cities in the world including in places like Canada, India, USA and UK. Apple stores and outlets are established at well-placed locations where the loyal customers as well as the prospective customers can examine the iPads to their heart’s content and satisfy their curiosity. These stores are located in premium localities only and have a fantastic interior and physical evidence qualities to attract customers.

The consumers also get an insight and a glimpse on the approach of the management as well as the technical maintenance facilities of the company. The consultant network includes consulting firms and service providers that conduct on-site services for business and the home users.

Apple has also developed a strong presence on the internet and provided an easy accessibility to the process of buying iPads. The presence of electronic shopping has helped the company to gain record sales. Online shopping is possible through the official site of Apple as well as other shopping sites.

Price in the Marketing mix of Ipad

Apple has kept a premium pricing policy for its iPads. Apples approach to the policy of pricing is unique. They first analyze the markets and determine the specific budgets of various individuals in different sections of the society. Then they make a product that is ideal and is able to fit in a particular budget. All its products are priced in such a way that the consumers will not be able to say that he is unable to afford an Apple iPad. At the same time, the customer should have a special “desire” for the product so that he finds buying it an achievement.

The company also offers a distinct pricing approach to the iPad. A consumer can buy a mini iPad which excludes a retina eye scan. This gives the consumer an even cheaper option and enables in price elasticity that will prove beneficial to both the company and the consumer. Thus, the strategy of the company in relation to the iPads includes the flexibility to minimize the prices. However, due to the innovation as well as the brand equity of Apple, Ipad has a clearly premium price over other tablets.

Promotion in the Marketing mix of Ipad

Apple is known to be the smartest marketer around and it builds its promotions on the foundation of innovation. All of its communication vehicles send a message to the customers that the Ipad is different and unique. To communicate the same, Apple uses mostly ATL medium and very less of BTL medium is used.

For Apple, the promotional strategy is of vital significance and this thought process has helped them to maintain a stronghold in the market. Their promotional approach includes the introduction of the iPads in classrooms at school and college levels. The company has taken an aggressive approach to market its products by making it clear that they use technology that is compact and lighter and easier to handle.

The apple stores offers discounts and special packages on online purchases exceeding a certain amount. They also provide free shipping for some of the orders. Overall, whenever a new variant is launched, or during the festival period, you will see the newspapers as well as television filled up with ads of the latest version of Ipad.