Maybelline is associated with FMCG sector and deals in the cosmetics industry. It is of American origins and is a fully-owned subsidiary of its parent company L’Oreal. Maybelline was founded in the year 1915 by its founder Tom Lyle Williams and was acquired by its present owner in the year 1996. Some of its competitors are as follows-

Product in the Marketing Mix Of Maybelline :

Maybelline products are all about innovation, style and colours. It is recognised as an authority in colours and creates products with the seasonal colour combination in hottest shades. It has nearly two hundred products in its portfolio and includes items for

Some important Maybelline products are as follows-

Place in the Marketing Mix Of Maybelline :

Maybelline is an international company with its product presence spreading to more than one hundred and twenty-nine global countries. Its headquarters base is in New York City in the United States. Products were first sold locally and later at the mass market by its founder.

In the year 1967, Plough, Inc purchased this company and its production facilities were shifted to Memphis in Tennessee from Chicago. In the year 1975, Maybelline factory was also shifted to Little Rock in Arkansas. In the year 1996 its operational headquarters shifted from Memphis to New York City and in the year 2000, its make-up factory to Brooklyn. Maybelline has a strong distribution network and has become a leader in mass-market retailing. Its channel includes distributors and retailers to reach consumers via drugstores, cosmetic stores, supermarkets, hypermarkets, speciality stores and discount stores.

Price in the Marketing Mix Of Maybelline :

Maybelline has projected itself as a brand with charming, stylish, intelligent, cool, hip and unflappable image that is daring as well as modern with a sophisticated outlook.  It targets upper and middle-class section of society and its aim is to offer accessible cosmetics to every woman. Maybelline has adopted mid-premium pricing policy as it offers qualitative products.

As the brand faces stiff competition from other rival brands it has implemented competitive pricing plan to gain an advantage in the consumer market. It has kept its product prices at par with similar products of competitors and this has helped in gaining a larger market share in the cosmetics industry.

Promotions in the Marketing Mix Of Maybelline : 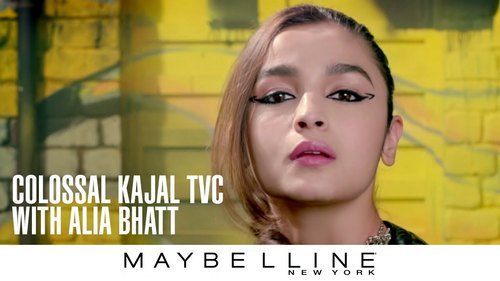 Maybelline has adopted several promotional plans for its products in international market. Its first ad campaigns were launched in magazine Photoplay in the year 1916 and later ads were placed in magazines like Delineator and Pictorial Review. Currently, it has launched several ad campaigns that have been shown via television, fashion magazines and billboards.

It hired Lynda Carter as beauty-fashion coordinator and she became a part of its ad campaigns. Maybelline realises the impact of star power on common masses and has roped in several celebrities to endorse its products like Kristin Davis, Jessica White, Julia Stegner, Sheetal Mallar, Fasha Sandha, Zhang Ziyi, Miranda Kerr, Gigi Hadid, Jourdan Dunn and Josie Maran. Indian actor Deepika Padukone has also been associated with brand Maybelline. It’s popular tagline is Maybe she’s born with it, maybe its Maybelline. The company has entered into a deal with Mercedes-Benz fashion Week and has become its official make-up sponsor.