What is Celebrity Endorsement?

A celebrity endorsement is when a famous person (A celebrity) uses their fame or social status to help promote a product, service, or brand. Celebrity endorsements can be incredibly effective because they tap into the aspirational qualities that people often associate with celebrities.

A celebrity endorsement is defined as a type of advertising that employs well-known personalities or celebrities who are highly recognized, trusted, respected, or popular among the general public. Such individuals advertise for a company by using their names and pictures to promote a product or service. Brands believe that such approval from a celebrity might persuade target audiences to purchase their products.

Celebrity advertising is particularly effective with millennials, who are often highly engaged with popular culture and who respond well to personal recommendations. For a celebrity endorsement to be effective, the celebrity in question must be well-liked and respected by the target audience. The celebrity must also be considered to be a good fit for the brand.

Celebrity endorsement is a marketing strategy that companies use to gain exposure and create a positive brand image for their products. For example, Lady Gaga has been associated with Polaroid as a creative director because of her unique and out-of-the-box creativity.

Why Use Celebrity Endorsement? 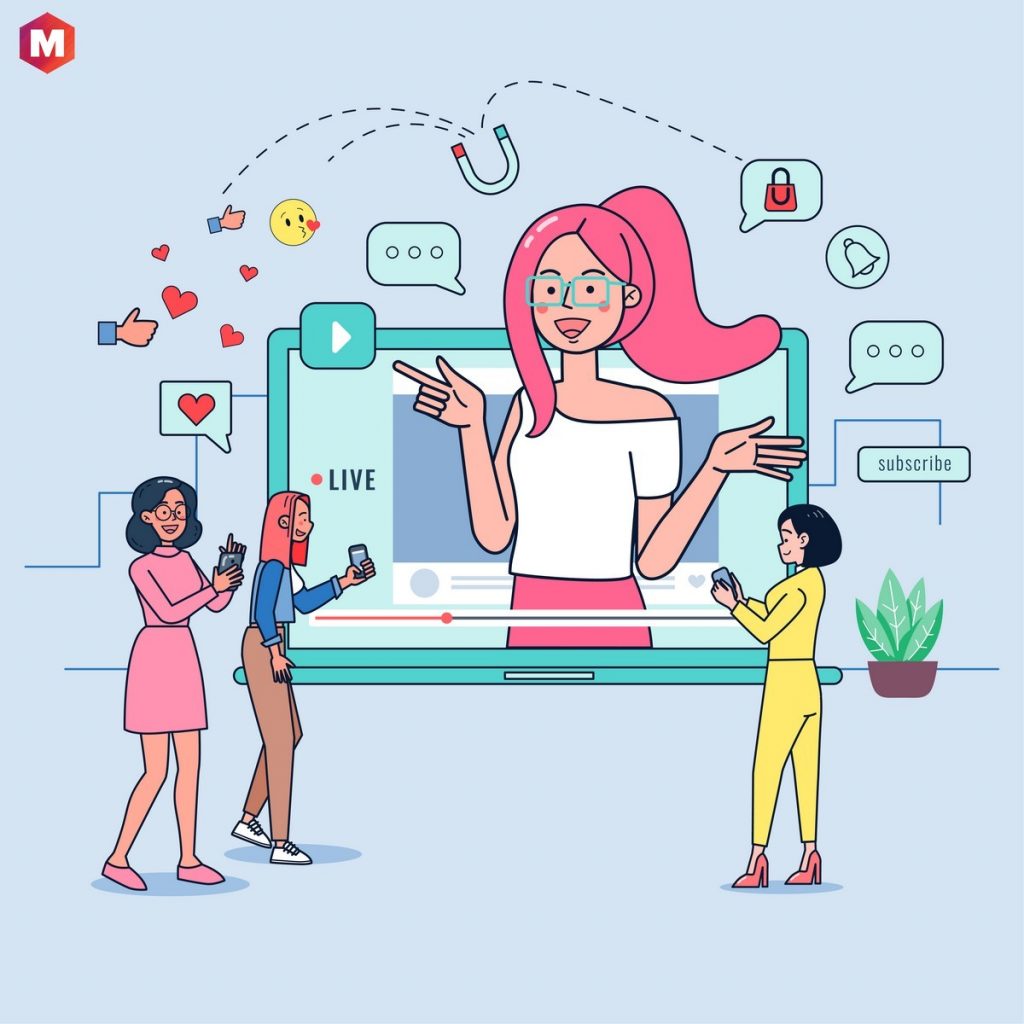 Celebrity-endorsed products can positively affect consumer sentiment towards a product. When Shaquille O’Neal came out in support of pizza chain Papa John’s in early 2020, it was a major boost for the company.

The basketball star became a spokesperson and franchise owner for the pizza chain, and his involvement helped to change public perception of the brand. With Shaquille O’Neal on their side, Papa John’s was able to present a more positive image to the public and improve its sales.

There are also studies that prove the influence of celebrities on Buying. Countries like Brazil have 35% of consumers making purchases driven by Celebrity Endorsements.

Celebrity endorsements work as a marketing strategy in the following manner-

a. Help you reach a new audience

It can help you reach new audiences that you might not have been able to reach before. For example, if you’re trying to sell a new line of makeup, having a famous YouTuber with millions of followers endorse your products can help you reach a whole new group of potential customers.

It can also help increase brand awareness. When people see their favorite celebrities using or talking about your products, they’ll be more likely to remember your brand the next time they’re in the market for something you sell.

It can also generate a lot of excitement around a product. If people are excited about a product, they’re more likely to buy it.

It can help you create or improve your brand image. For example, if you want to be seen as a luxury brand, having a celebrity endorse your products can help convey that message to potential customers.

It can also help create or strengthen brand alliances. For example, if you’re a small clothing company and you get a famous fashion blogger to endorse your products, that can help solidify your place in the fashion industry.

It can also help improve brand recall. When people see a celebrity they like using your products, they’ll be more likely to remember your brand the next time they need something you sell.

How to use Celebrity Endorsements?

There are a few things to keep in mind when using celebrity endorsements, however. First, it’s important to make sure that the celebrity you choose is a good fit for your brand.

When drafting a celebrity endorsement contract, it’s important to consider the following issues:

It’s also important to make sure that the celebrity has the legal right to endorse your products. Celebrity endorsements can be a powerful marketing tool, but only if they’re done correctly. 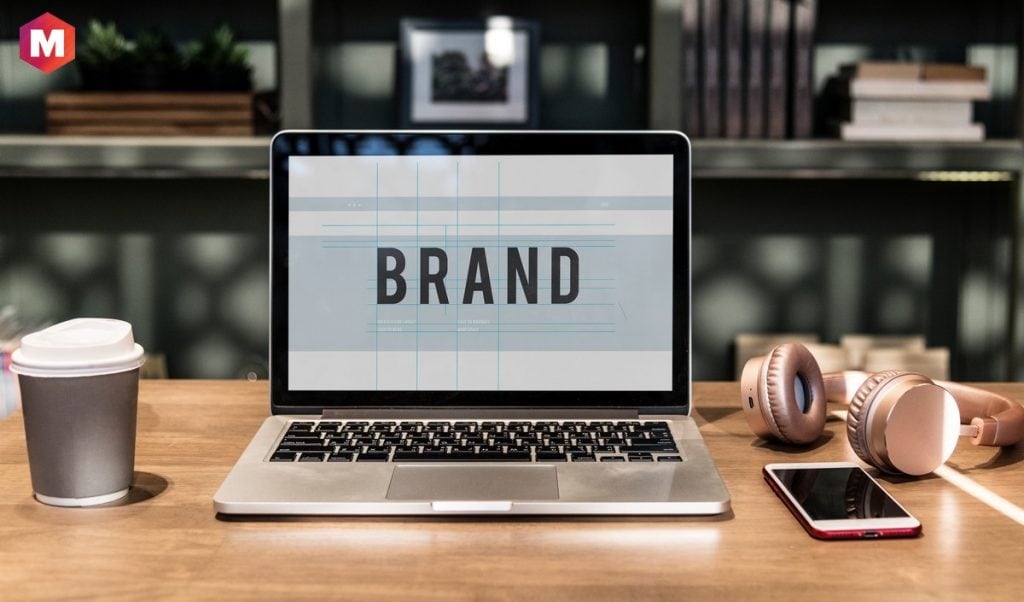 Some of the advantages of celebrity endorsement are as follows:

Some of the disadvantages of celebrity endorsement are as follows:

How to Choose a Celebrity for Your Brand

When choosing a celebrity for your brand, it’s important to consider the following factors:

Choosing the right celebrity for your brand can be a tricky task, but it’s important to consider all of the above factors before making a decision. Celebrity endorsements can be a great marketing tool, but only if they’re done correctly.

There is always the potential for a disconnect when celebrities promote brands, and this can result in misunderstandings between consumers and products. In some cases, a celebrity-branded product may not live up to the consumer’s expectations, and this can damage the reputation of both the celebrity and the brand.

It’s important to be aware of the risks involved in celebrity branding and to carefully consider all of the above factors before making a decision. Celebrity endorsements can be a great marketing tool, but only if they’re done correctly. 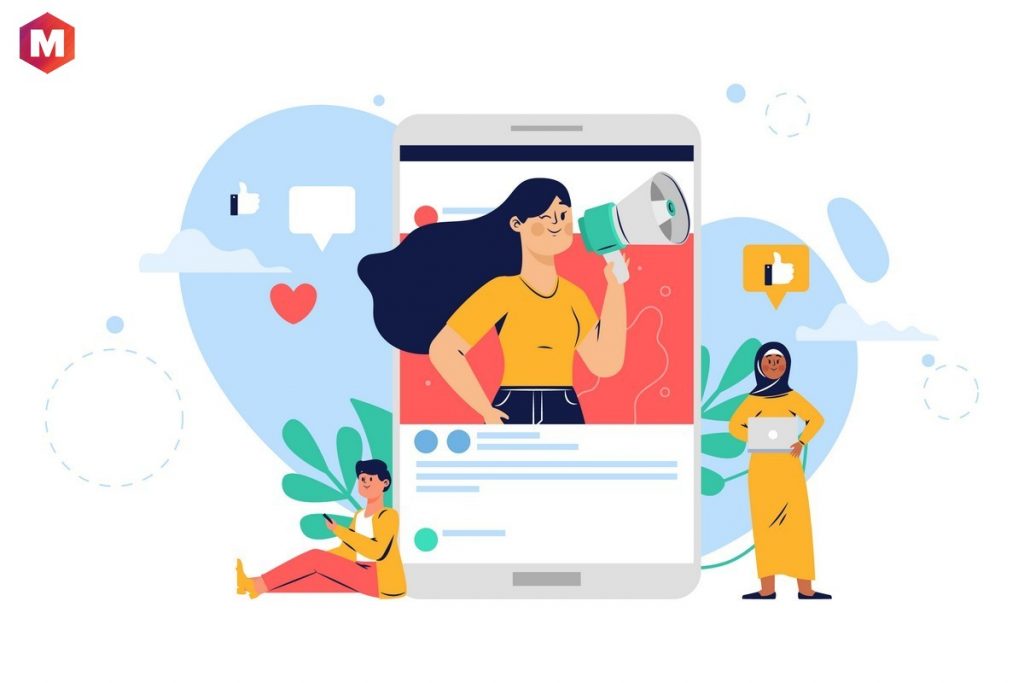 1. Advertisements: Advertisements are the most common channel for celebrity endorsements. Celebrities can endorse products through TV, radio, and print ads.

3. Social Media Platforms: Social media platforms are another popular channel for celebrity endorsements. Celebrities can use social media to endorse products and services to their followers.

5. Product placement: Celebrity endorsements can also be done through product placement. This is when a celebrity uses or wears a product in a public setting, such as on a TV show or in a movie.

Top 10 Celebrity Endorsements across the World

Ryan Reynolds is well-known for his comedic roles in films such as “Deadpool” and “6 Underground.” He also owns a production company, Maximum Effort, and has his own line of gin, Aviation Gin. In 2019, he became the face of Mint Mobile, a discount wireless carrier. Reynolds filmed a series of commercials poking fun at the traditional mobile carrier marketing playbook.

Reynolds is one of the most popular celebrities in the world, and he has endorsements with a variety of brands, including Aviation American Gin, Mint Mobile, and Peloton. In November 2019, Ryan Reynolds made headlines when he bought out Mint Mobile after having partnered with the company earlier in the year.

Kim Kardashian is a reality TV star, businesswoman, and social media influencer. In 2022, she became the new face of Coca-Cola. The ads featured Kardashian promoting the brand’s new line of sugar-free beverages.

She has endorsement deals with a variety of brands, including Skims, Adidas, and Calvin Klein. Kim Kardashian was listed by Time magazine in their list of the 100 most influential people of 2015. She was named the highest-paid reality television star in 2015, with potential total earnings of more than $53 million.

George Clooney is an Academy Award-winning actor, director, and producer. He’s also well-known for his humanitarian work. In 2006, Clooney became the first celebrity spokesperson for Nespresso, appearing in a series of ads that helped to boost the brand’s profile.

Clooney is one of the most well-known actors in the world, and he has endorsements with a variety of brands, including Nespresso, Subaru, and Rande Gerber’s tequila brand, Casamigos. Clooney is also one of the co-founders of Casamigos. He has won many awards, including a British Academy Film Award, four Golden Globe Awards, four Screen Actors Guild Awards, and two Academy Awards.

Taylor Swift is one of the world’s biggest pop stars. In 2013, she became the face of Diet Coke. Swift filmed a series of commercials and also created a special edition can featuring her own lyrics.

Swift is one of the most popular singers in the world, and she has endorsements with a variety of brands, including Apple, Diet Coke, and AT&T. In 2019, Swift was named one of the highest-paid celebrities in the world by Forbes, with estimated earnings of $185 million.

Dwayne Johnson, aka The Rock, is a professional wrestler turned actor. He’s best known for his roles in films such as “Moana” and “Jumanji: Welcome to the Jungle.” In 2016, Johnson signed a deal with Under Armour to become the brand’s first-ever Celebrity Endorser. He has since starred in a series of commercials and has his own line of Under Armour clothing.

He has endorsements with a variety of brands, including Under Armour, Ford, and Ball Park Brand. In 2016, Johnson was named the highest-paid actor in the world by Forbes, with estimated earnings of $64.5 million.

Robert Pattinson is best known for his role as Edward Cullen in the “Twilight” franchise. In 2017, he became the face of Dior Homme, appearing in a series of ads for the brand.

Pattinson also has endorsements with a variety of brands, including Mercedes-Benz, and Calvin Klein. He was featured in Time magazine’s 2010 list of the 100 most influential people in the world, and he was also included in the Forbes Celebrity 100.

Eva Longoria is an actress, producer, and director. She’s best known for her role as Gabrielle Solis on the ABC series “Desperate Housewives.” In 2005, Longoria became a spokesperson for L’Oreal Paris, appearing in ads and commercials for the brand.

Longoria has endorsements with a variety of brands, including HSN, New York & Co, and Bud Light. The world knows her best as Gabrielle Solis from the hit ABC show, Desperate Housewives. The show aired from 2004-2012 and earned her prestigious nominations such as Golden Globe and Screen Actors Guild Award.

Justin Timberlake is a Grammy-winning singer, songwriter, and actor. In 2003, Timberlake became a spokesperson for McDonald’s, appearing in a series of commercials and ads. He also recorded a song for the brand, “I’m Lovin’ It.”

Timberlake also has endorsements with a variety of brands, including Bud Light, and Sony. He is one of the most popular and successful recording artists in the world, with sales of over 88 million records.

Amy Schumer is a comedian, actress, and writer. In 2020, she became the face of Tampax, appearing in a series of commercials for the brand. Schumer’s ads helped to break down the taboos surrounding menstruation and women’s bodies.

Schumer is a comedian and actress who has endorsements with a variety of brands, including Bud Light, Old Navy, and HBO. In 2015, Schumer was named one of the most influential people in the world by Time magazine.

Patrick Stewart and Mark Hamill are both well-known for their roles in the “Star Wars” franchise. In 2020, the two actors teamed up for a series of commercials for Uber Eats. The ads featured Stewart and Hamill poking fun at each other’s careers.

Stewart is an actor who has endorsements with a variety of brands, including BMW, Verizon, and Weight Watchers while Hamill is known for his work in the Star Wars films as well as being the voice of The Joker in Batman: The Animated Series.

Beyond these, there are various celebrity endorsements where celebrities got paid a lot.

Take into consideration the celebrity’s reputation, target audience, and public persona before signing any contracts. A Celebrity endorsement can be a powerful marketing tool, but only when it is done correctly.

Do you have any questions or comments about Celebrity Endorsements? Let us know in the comments below!