The 4 stages of the EPRG Framework

The companies adopting or working in this way believe that home country is superior in nature and when they dwell for the opportunities in the international markets they tend to seek similarities with that of the home country. These companies make hardly any adaptations to their products to suit the taste and requirements of the new market that they are catering to and conduct little research and study on the international markets.

The head office is given more importance as compared to the overseas subsidiaries or offices situated in the international markets.  These companies ignore the potent opportunities outside the home country and they are referred to as domestic companies.

Being ethnocentric in nature, these companies work on the notion that the products that are highly successful in the home country can be sold in the international markets without any required adaptation as it is superior in nature. There is no change in terms of product specifications, price, promotion, and other aspects and is same as compared to the native market.

The norms and policies framed and followed by the headquarters need to be adhered and followed by the subsidiary companies in the overseas markets as well as. The general attitude of the senior management of the company in the home country is that they are more capable to drive the international processes and activities as compared to the employees working in the subsidiaries.

The advantage of this attitude and mindset is that the company saves the costs of hiring the qualified staff in the international markets by migrating the staff from the home country. Plus this technique helps in an affiliated and centralized corporate culture with the synergy of core competencies. One of the major disadvantages of this mindset is that showcases the cultural short-sightedness of the company.

The company that follows the Regiocentric approach of the framework studies the similarities and differences in the world and its various operating regions and designs the strategies accordingly. The management of the company figures out the economic, social, cultural, and political similarities between the native area and overseas region and satisfy the similar needs and demands of the potential customers.

The cultural and regional identity of India, Pakistan, and Bangladesh is quite similar whereas Norway and Spain that both falls in Europe are very different in terms of culture, climate, and transport amongst other aspects.

The companies following the Geocentric approach of the EPRG Framework are truly the global players as they display the act and strategy of ‘think global, act local’. They view the entire world as their potential market and take effective and efficient steps to satiate the needs and demands of the customers. They recognize the differences and similarities between the native home country and international markets and blend their ethnocentric and polycentric views working out a significant strategy for success. Their global strategy is aptly and fully responsive to the needs and wants of the local customers encouraging global marketing.

The Geocentric approach doesn’t equate nationality with the factor of superiority and the company tries to sell the best of human resources to solve the problems globally within the limits of legal and political factors. This ensures the effective and efficient use of the human resources as a result of building a strong culture and the informal channels of management that facilitates the smooth flow of work processes.

This approach tries to find a balance between both global integration and local responsiveness but there is one main disadvantage to it. The national immigration laws and policies may put certain limits to its implementation and this approach is expensive as compared to the polycentrism.

The companies following the polycentric approach see each country unique and exclusive and consider that the businesses are best run locally in the international markets. The headquarters has a little control over the activities of each of its subsidiary markets plus there is a little attempt of making any good use of ideas and practices prevailing in the other markets.

This approach lays a strong groundwork for its every subsidiary to develop its unique marketing and business strategies for success and the country’s domestic market is given equal importance. This approach is best suited for the countries with certain constraints on the front of finance, political, and culture.

As there is no need to send the skilled workforce to the other countries to maintain the factor of centralization, this approach is less expensive as compared to the ethnocentric one. However, one disadvantage of this approach is that it can restrict the career mobility of both local and foreign nationals working in the company plus reduces the chances of synergy within the firm as a whole.

Merits, demerits, an example of Ethnocentric Orientation of the EPRG Framework 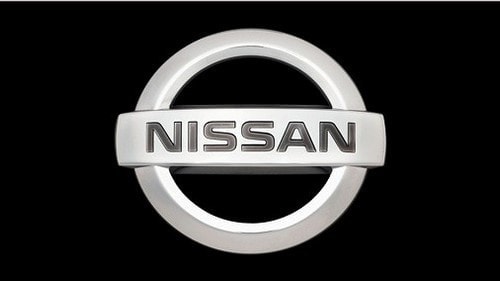 The ethnocentric approach of Nissan was quite visible in its initial years as the cars and trucks exported to the USA were difficult to start during the cold winter months. In Japan, the car owners would cover their cars with hoods or blankets during winters and expected American’s to do the same.

In the country of India, McDonald’s’ serves the burgers without pork and beef keeping in mind the religious sentiments of the local citizens

Example of Geocentric Orientation of the EPRG Framework :

M TV caters to the local taste of India, China, and South Korea with the company broadcasting channels with Hindi Pop in India and Chinese music in China.

McDonald’s offers beer in Germany and wine in France