Home » Marketing » Foot in the door Technique in Marketing

Foot in the door (FITD) is a persuasive or compliance technique in which it is believed that someone who initially agrees to a minor request is more likely to agree to a larger or more demanding request. This technique can trace its roots to the time when door-to-door sales were prevalent.

In other words, once the person says ‘yes to a minor request, the odds of rejecting a more significant request get significantly reduced. It is all about transforming a smaller ‘yes’ into a much better and more prominent ‘yes’.

What is Foot in the Door?

Definition – Foot in the door (FITD) is a a compliance technique that convinces a person for a big request by first agreeing that individual to a modest request. FITD technique is based on a simple phenomenon that accepting a persuader’s smaller request leads to the acceptance of a much larger appeal. 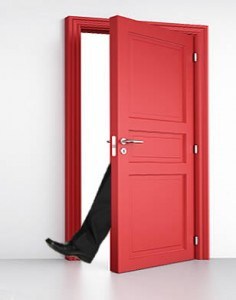 First of all, the smaller request should be simple, easy, and significant to accept. After the person agrees to it, the persuader can put forth a bigger and better request. It must be kept in mind that the second request should not be something unrelated to the first request.

Who came up with the foot in the door technique?

Johnathan Freedman and Scott Fraser introduced the foot in the door tactic in the year 1966 while conducting, analyzing, and proving the theory of granting smaller requests might lead to agreeing to larger requests.

Their study was later published in the Journal of Personality and Social Psychology (1966, Vol. 4, No. 2, 195-202) whose title was- “Compliance Without Pressure: The Foot-in-the-Door Technique.”

They started with the question- “How can a person be induced to do something he would rather not do?” – And then they explained their experiments by first asking a group of people for a small request by telephone and later asking them for a large request in person.

Directly making a huge request largely increases the odds of it getting disregarded by people. But pairing it with a smaller and much simpler request can keep the disappointment away. Moreover, the process doesn’t end at the second request. It is possible to get someone to accept bigger requests after giving the nod to the first request.

Why Does Foot in the Door FITD Technique Work?

The foot in the door tactic works because the acceptance of the first request establishes a certain bond between the interlocutors, which would be the persuader and the person to whom the request is being made.

So, the person cannot deny accepting any subsequent requests made by the persuader. Accepting the requests allows him to project a favorable image of himself. He feels good after lending a helping hand to someone in need.

Both the requests need to be correlated with each other. After fulfilling the first request, the person’s magnitude of compliance increases considerably. This is because of an attitude change that leads the person to believe that he is charitable by agreeing to the request.

What Leads to Technique the Foot in the Door

The foot in the door technique, as mentioned above, creates a certain degree of compliance. This is due to the self-perception theory, which Daryl Bem coined. He proposed that people’s actions are mainly driven by how they view themselves as behaving.

This theory can be tested by surveying people or asking for review requests. People get a sense of satisfaction when they feel that they have helped a stranger.

Back in the day, an experiment was conducted by Freedman and Fraser in which they first surveyed over 150 homemakers regarding the cleaning products they used. 4 groups of participants were created. This small request was made through telephone.

Soon after this, they requested those housewives to let a team check their houses to find out those household products. This bigger request was accepted the most by the housewives in the first group.

2. The Principle of Commitment and Consistency

The principle of commitment and consistency also governs the foot in the door technique. People agree to bigger requests as it helps them behave in a way consistent with their favorable self-image.

An experiment was conducted in which those in the experiment group were made to recall their previous religious behaviors before being asked religious questions. The answers they gave showed that their current beliefs were similar to their past behaviors.

The result of this principle can be seen when generating leads or asking for user requests. What propels this forward is the urge of people to complete the action they once started.

The mere-agreement effect can be seen in the process of community building and using value alignment.

When the two parties interact for the first time, and a small request is made, a bond gets formed between the two. This bond further gets strengthened when the subject is asked questions that have similar answers.

In other words, the mere-agreement effect is based on the fact that similarity results in cooperation.

Applications of Foot in the Door Technique

Using Foot in the Door Technique in Online Sales?

Everyday Examples of Foot in the Door Technique

If the persuader requests something to do with a noble cause, it has more chances of being agreed to by the subject. People use this technique, either intentionally or unintentionally, in their daily lives.

Such a persuasive technique has gotten the biggest of requests fulfilled. Some of the everyday examples of the foot in the door technique are as follows:

Requests made by son to his mother – Initial Request – Could you lend me your car for tonight? and then the Second Request can be – Can I take your car for four days?

Requests made by a friend to another friend – Initial Request – Could you please look after my dog for 10 minutes while I go out and buy something? and then the Second Request can be – Can you look after my dog as I’ll be away for a week?

Door in the Face Technique – Contrary to FITD

The foot in the door technique focuses on convincing a person to accept proportionate requests. The initial request should be given considerable thought before being made. It should not sound absurd.

The person should perceive it as important. He should be able to feel like he is friendly and helpful to someone. This is the only way to prevent the request from getting denied. At the same time, it should not sound too complex to implement.

However, the door in the face technique works on a contrary principle. In this technique, the persuader straightaway throws a bigger request in front of the person. Then once the acceptance is given, he asks for the second request, a much smaller one this time.

The first request generally comes across as huge and impractical. So, after listening to such a request, the person can’t reject the subsequent smaller request.

For instance, someone asks for the price of a shirt from a seller. The seller quotes a price that is five times more than the value the shirt is offering. As expected, the person finds the price highly unreasonable.

So, when the seller makes a more realistic offer, which can even be three times more than the person’s expectations, it is likely to get accepted.

On the concluding note, it can be said that the foot in the door technique is a good way of convincing people by asking them first for something small, then when they fulfill such a request, you will be in a more favorable position to make a big request.

Finally, it is clear that a small agreement plays a key role in creating a bond between the requester and the requested that can further be converted for larger requests.