In a previous article we have been talking about the foot in the door marketing, in which the main objective is to ask for something small first in order to engage with the person. And then afterwards ask for something bigger, increasing your chances to receive a positive answer. 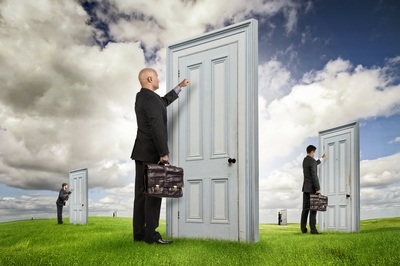 Examples of Door in the face marketing can be encountered in different political campaigns, media advertising and communication and charitable organizations/events.

Generally speaking, we are all familiar with the idea that when we are interested in having a raise of salary and we are going through negotiations beside knowing how to market yourself, an important part of the negotiations consist in how much can you ask for. Usually you start by asking for an enormous amount of money so then you can reach to your actual desired salary.

The same goes also for when you are in a shop and you want to buy a souvenir for example. When the price is too high for you, you are going to ask for an incredibly smaller price until you reach the price that you are willing to pay for. These are known as tactics in sales and negotiations and it is similar yet exactly opposite to foot in the door strategy.

Also Read  What is Product classification?

First you make a request to the other person that is excessive and which they will most probably refuse. Then you make a request that is more reasonable and the other person is more likely to accept it. An important principle of this strategy is that the two requests should be linked, so the second proposal is a more acceptable version of the first one. Another principle would be that the second request should be made soon after the first request.

Does it truly work? The reasoning behind this strategy is that when the other person refuses the first request, a feeling of guilt is installed in his mind. When we speak about social elements such as those involved in charitable proposal, the feeling of guilt and the fear of rejection are more intense. As a result, the second proposal comes as an opportunity to make up for the first refusal and still actively be involved.

Some marketers believe that the door in the face marketing is quite a risky strategy due to the fact that it works with manipulation using the contrast principle and even though it has chances to provide a positive result it does not involve the behavioral compliance of the other person, but only their verbal agreement. Therefore, it might be considered more successful to just presenting the actual request. In the case that marketers still want to apply this strategy, they have to have a very good knowledge not only of their request but also of the organization’s specific purposes and activities in order to convince the person to whom you request.

I personally believe that buying culture plays a major role on which type of technique is being used. In India for example, people are used to asking for discounts. Thus, you will find a shopkeeper quoting exorbitant prices, and then lessening it down to even 100% at times to close the sale. However, in developed countries, there is hardly any negotiation because of automation. Thus, you don’t find much haggling on the sale price. Hence, the culture too plays a major role in door in the face marketing.