Home » Marketing » ARTICLES » What is Agile Methodology in Project Management?

Businesses require good software and programming competencies for channelizing technical as well as digital growth. Agile methodology is one such practice through which businesses get such competencies.

In this article, we will explore the world of agile methodology and understand how it channelizes the Software Development Cycle. So, let us get started right away-

Software development is at its peak today with every major player in the tech domain wanting a piece of the pie.

Most of these major corporations seem to have been attracted to a particular methodology of choice for their needs. This methodology, known as agile is at the crux of the software development process today.

Agile hasn’t been here forever, though it has only made its mark in the last couple of years.

The waterfall methodology was the one that used to dominate the software market before agile kicked in. But what is so unique about agile that differentiates it from every other software development methodology out there?

More importantly, what is agile, anyways? Let’s find out. 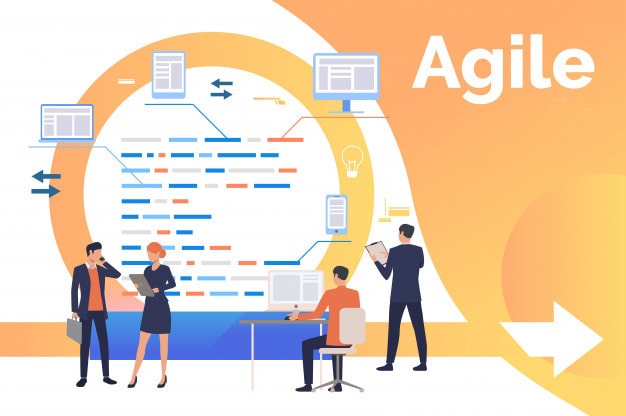 Agile dates back to early 2001 when it was launched for the first time.

Seventeen major researchers had teamed up with something known as the agile manifesto that explained the working principles behind this methodology. These were:

Before agile, however, the waterfall methodology was the weapon of choice in the industry.

The waterfall methodology was based on the Henry Ford model of the same name from the 1913 assembly line. It was significantly more tedious to work with and required a boatload of documentation beforehand. These were usually drafted by the business analyst before initiation of the project and were extensive in their scope and length.

The next step would be for coders and developers to review these documents and to come up with their own supplementing them. Technical documents mentioned technical features that the project would include including data structures and user interfaces.

The entire process of development of plans could take years and significantly delayed significant projects. It was tedious for the whole team and was also complicated since the number of developers back then was minuscule compared to what it is today.

Other minor delays also occurred, including processes and functionalities that wouldn’t work as expected. The problem was that you’d get to know these discrepancies only after the completion of the project with the waterfall methodology. All these combined made waterfall quite a complicated process to work with.

Journey to a More Agile Process – From Waterfall Methodology to Agile

The waterfall methodology streamlined software development in the 90s. It provided a concrete developmental strategy that was widely adopted by the world over.

It functioned primarily based on the assumption of uniformity and a non-dynamic environment. It was adequate, considering most software back in the 1980s didn’t evolve with time or weren’t flexible enough to incorporate new and more robust changes.

However, the era of the internet brought in a new generation of dynamic frameworks that had to be adopted to keep up with the industry.

It is where the waterfall methodology failed to deliver. It was so rigid in its approach that it couldn’t keep up with the ever-evolving environment.  As a result, businesses, especially small startups, began looking for ways to approach product development.

Also Read  What is Collectivism and Its Influence on Behavior

During this time, a team of highly intelligent software developers realized that they had come up with an entirely new approach to developing programs than was traditionally practised via the waterfall framework.

Contrary to what you’d think, not everyone in this team was from a startup.

Some of them were technical geniuses in big corporations including Kent Beck, Martin Fowler, Ron Jeffries, Ken Schwaber, and Jeff Sutherland. They came up with the agile manifesto that documented their ideas and approach to software development.

The manifesto played a critical role in laying the foundation for the agile methodology. It stressed extensively on the ideas on collaboration and flexibility that gave birth to a robust framework of modern software development.

What Is The Agile Methodology? 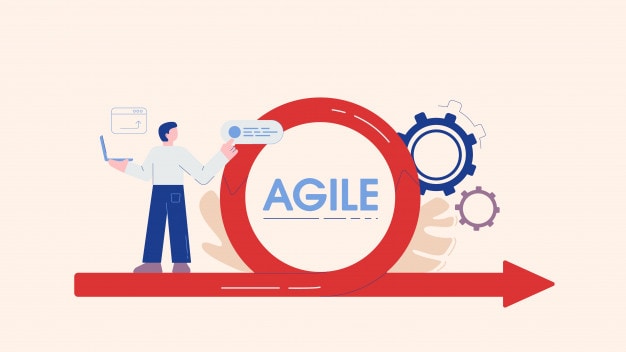 An agile methodology is a tool for effective project management that breaks the entire project down into distinct parts to be executed.

These stages call for continuous teamwork by both the technical team and the stakeholders to come up with an optimum solution. The agile methodology advocates a process that is robust and ever-evolving, unlike its predecessor.

The first step involves understanding the nitty-gritty of the project and client requirements. Once understood, the technical team is responsible for coming up with several ways to approach the problem.

These include assessment, evaluation, and execution procedures to maximize efficiency under the predisposed constraints. Then constant collaboration with the client is required to develop a product precisely attuned to the client’s requirements. A shared sense of collaboration is the key to the agile methodology.

Various Roles in This Methodology

It’s essential to look at these roles as several working parts of a more magnificent device that is the agile framework. Let’s look at some of the key characters involved with the agile methodology.

The customer is always the centre-piece of the puzzle when using the agile framework. The entire process revolves around peak customer satisfaction.

The product owner plays the mediator between the customer and the software development team. The product owner is primarily responsible for defining the vision for the product and then helping the team execute it.

These are real minds behind the project. Software development teams gather Intel from customer insights and the product owner and then spend hours materializing those insights into an actual model. These teams consist of members of several departments working towards a common goal. 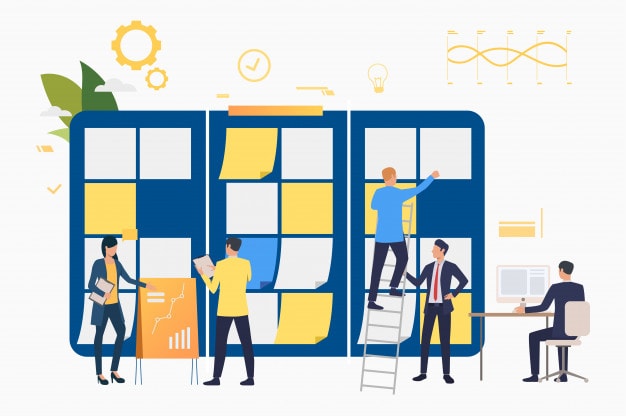 Some of the more common ones include Scrum, Kanban, Extreme Programming (XP), and Adaptive Project Framework (APF).

Undoubtedly, the most popular among these is the Scrum framework for its high efficiency and ease of use. Let’s look at some of the critical features Scrum offers.

It works with a delivery agent called a sprint which consists of the following:

In the end, a demo meeting is conducted where the finished model is exhibited to the owner. Based on his/her feedback, the required changes are made if any.

Other frameworks, such as the Kanban framework also bring something to the table. Kanban is known for its development process that occurs in several stages in concurrence with the intake board.

As previously mentioned, the agile methodology works on the philosophy of a shared goal and collective endeavour to reach that goal.

1. One of the critical reasons for this is that agile keeps flexibility and adaptability as its priorities

Think about it; how would it be if software such as Microsoft Office and Internet Explorer wouldn’t update and evolve every few years?

Would you be comfortable working with outdated software models year after year? -Probably not!

Agile prevents this from happening by advocating for a design that’s robust and always evolving.

Product owners often have a specific vision for their product in mind, which drastically changes by the end of the product development cycle.

The older waterfall methodology didn’t have provision for this as the software once designed either couldn’t be altered or could only be changed from scratch.

It was mainly a problem since both developers and owners felt the need for a more dynamic system that would allow them the liberty to manipulate as and when they pleased.

Agile could solve this by being the perfect substitute for tedious labour and replaced it with modern efficiency.

3. Agile allows a massive project to be broken down into several small components

Breaking down big projects in smaller components can then be assigned to developers based on their area of expertise.

Multiple studies have shown that this improves the overall result and helps in approaching complicated decisions better. The agile methodology is also modern.

It means that it doesn’t compromise in its efforts to expand on previous generations on software to deliver the one that matches up to today’s standard of hardware.

It’s designed to push developers to innovate to keep up with the dynamic market standards always.

4. Team members working with agile are happier and more satisfied with their work than with other similar methodologies

It is because each team gets a say in how they would like to approach the particular problem and come up with solutions.

Be it software developers, product owners, or the users themselves; everyone gets what they want and exactly how they want it.

Today, tech firms are in dire need of a methodology that develops superior products than their competitors, keeping customer satisfaction in mind. The agile methodology is the undoubted leader in that regard and is likely to be that way for years to come.

It offers an incremental and iterative approach for designing software, as an agile process is broken into many other individual models upon which designers may work. In agile methodology, the customer gets early and regular chances for looking at the products.

It also lets you fix errors in the middle of projects contrary to waterfall methods.

All in all, you get better usability, adaptability, and precision with Agile Methodology.

What is your take about the applicability of agile methodology in software development?