Chief Executive Officer (CEO) is the title of the highest-ranking corporate officer or administrator in charge of the total management of an organization.  The CEO is responsible for the overall strategy of a company, including developing, planning, executing, and integrating it.

A Chief Executive Officer (CEO) has many different responsibilities, and the exact nature of the position depends on the organization. In general, a CEO is responsible for making major decisions that will affect the company, as well as being the public face of the organization.

Who is a Chief Executive Officer or CEO?

Definition: A Chief Executive Officer (CEO) is defined as the highest position in an organization that holds the responsibility of making key corporate decisions, maintaining company operations and resources as well as functioning as the main link between the board of directors and business operations.

In many cases, the chief executive officer serves as the public face of the company. In other words, you may understand the chair of the CEO as the head of a board and its most visible member.

CEOs have a lot of different responsibilities, which can vary depending on the company. However, in general, CEOs are responsible for making decisions that will affect the entire company, developing overall strategy, and being the public face of the organization.

Basic Corporate Structure of a Company

Roles and Responsibilities of the CEO 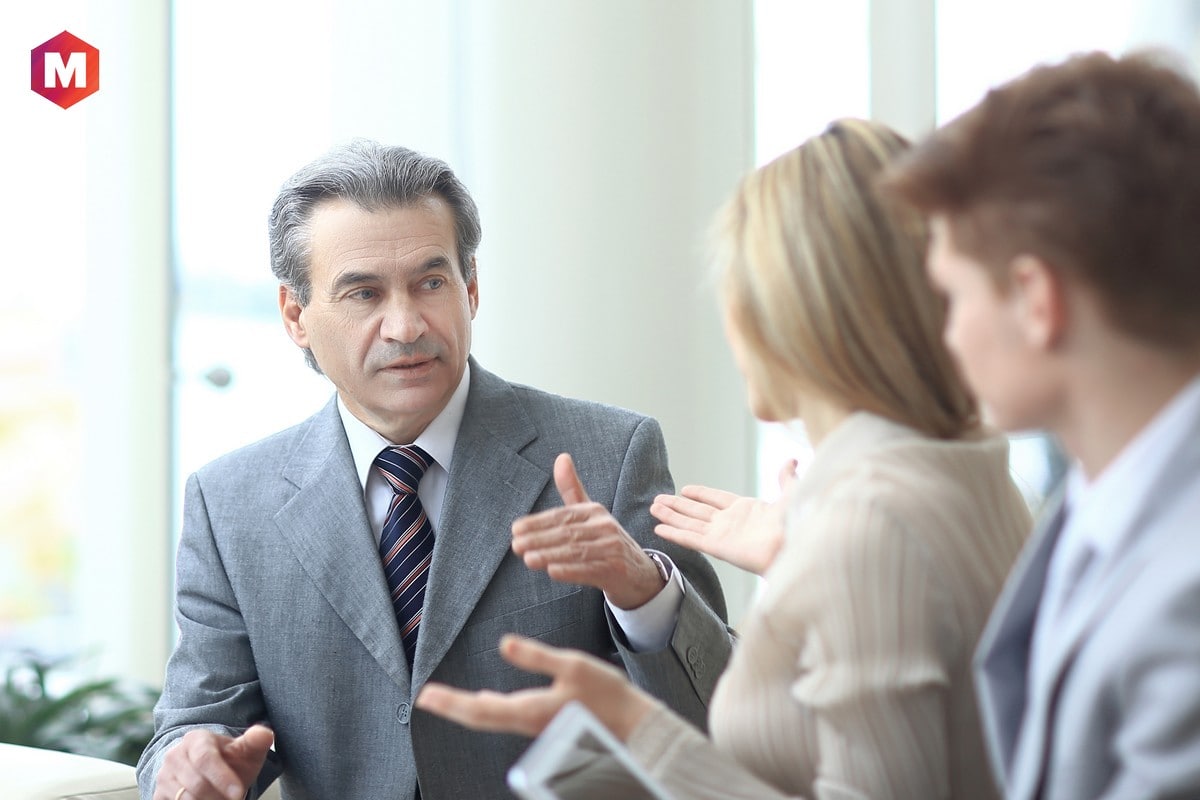 In addition to the successful operation of an organization or business, the CEO is responsible for developing and executing long-term plans in order to increase shareholder value.

A CEO’s job varies from firm to firm, often depending on the Business structure and/or size of the business. In smaller firms, the CEO is more hands-on, such as executing low-level company decisions (e.g., recruiting of personnel). He or she generally only deals with high-level corporate strategy and major company decisions in larger corporations. Managers or departments are given additional responsibilities.

The job of a chief executive officer is not well-defined. Although there is no standard list of the responsibilities and tasks of a CEO, many people identify the following as typical duties:

Difference Between a CEO and Chairperson of the Board

The Chief Executive Officer is the head of the company and is responsible for making day-to-day decisions. The Chairperson of the Board, on the other hand, is responsible for leading board meetings, setting agendas, and ensuring that the board is functioning properly.

In most situations, the Chairperson of the Board is superior to the Chief Executive Officer because CEOs may not make significant decisions without the board’s approval. The chairperson might effectively become the company’s or organization’s ultimate authority. However, this isn’t very common because most board chairpersons are not so closely linked with day-to-day business operations and they let CEOs have the flexibility of running the company.

Differences Between a CEO and the President of a Company

The distinction between a CEO and the president of a firm is dependent on the business. The CEO is, in most cases, the top-level executive at the firm, while the president is second in command. The president’s role is to assist the CEO in executing the company’s goal by conducting meetings with vice presidents and management.

However, in certain businesses, CEOs may simultaneously act as both the company’s president and public face. In addition, CEOs may serve as the managing director and chairmen of the board of directors at smaller firms.

Who is higher than a CEO?

The CEO answers to the Board of Directors (BoD), which is made up of members elected by the company’s stockholders to look after their interests. Hence, CEOs are directly accountable to the shareholders and have ultimate managerial control within the management structure of the organization.

BoDs’ responsibilities include choosing and appointing a CEO, supporting and reviewing the performance of the CEO, and analyzing and approving key decisions as well as policies that CEOs make.

Can a CEO be fired?

CEOs can be fired by the BoD for a variety of reasons, such as poor financial performance, unethical behavior, or breach of fiduciary duty. In some cases, shareholders may vote to remove a CEO if they are unhappy with the direction the company is heading in. It is also important to note that CEOs can resign from their position voluntarily.

A CEO’s compensation varies considerably based on industry, location, experience, and employer. The U.S. Bureau of Labor Statistics (BLS) compiles information on CEOs’ salaries throughout the country, and suggests-

Most CEOs have a bachelor’s degree in business, economics, or accounting. Many also have an MBA or other advanced degrees.

CEOs typically have several years of experience working in management positions before being promoted to the role of CEO. In some cases, CEOs may start their own businesses or move into the top position after working their way up the ladder at another company.

There is no specific certification or license required to become a CEO. However, some organizations may prefer candidates who have completed a relevant professional development program. 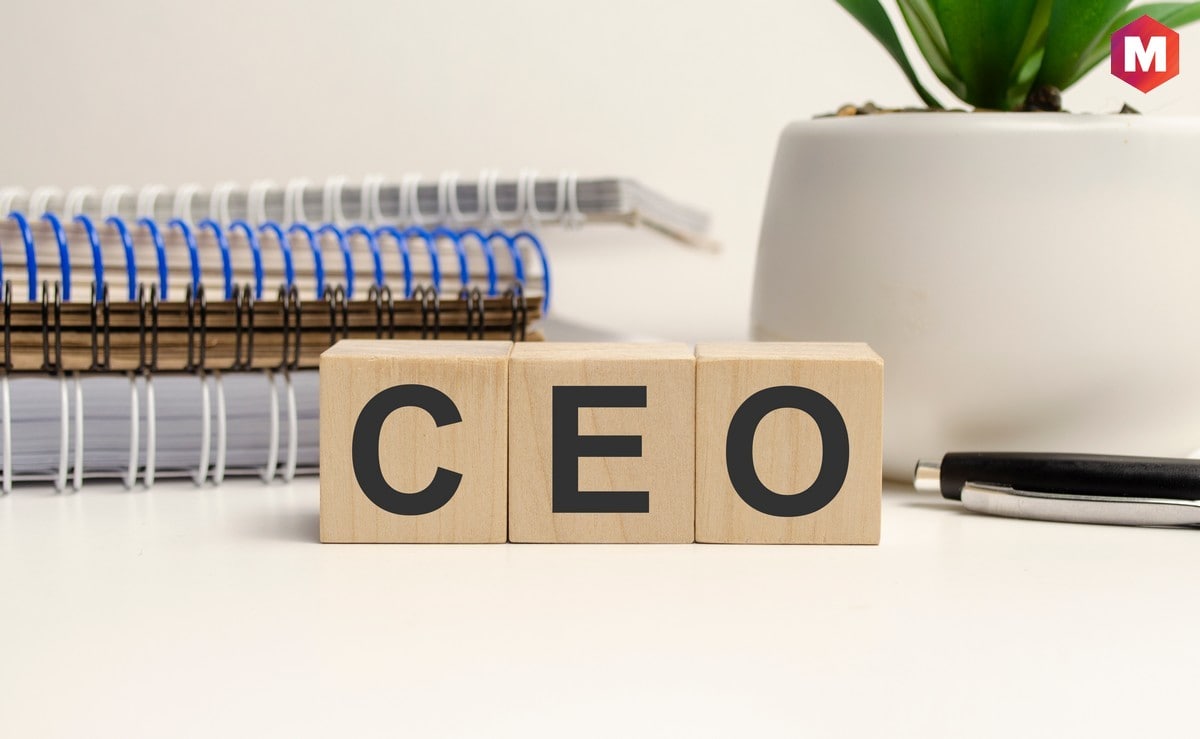 Some of the skills & competencies for CEOs are

CEOs must be able to develop and implement long-term plans that are in line with the company’s goals and objectives.

CEOs must have a strong understanding of financial principles and be able to make sound decisions that will improve the company’s bottom line.

CEOs must be able to motivate and inspire employees to achieve results. Management skills are also part of leadership.

CEOs must be able to effectively communicate their vision and expectations to employees, shareholders, and other stakeholders.

CEOs must be able to identify and solve problems quickly and efficiently. Being able to solve problems is directly proportional to a company’s performance and CEO’s ability decides this.

CEOs must be able to make difficult decisions on time. Being the ultimate governing authority, CEOs have to be adept decision-makers.

CEOs must be able to prioritize and manage their time effectively. Effective time management is a key factor behind goal accomplishments and revenue growth.

CEOs must be able to handle stress in a healthy and productive manner. A CEO’s job revolves around some of the most stressful tasks, and therefore, stress management is very crucial.

All these skills and competencies help CEOs manage human resources, govern business administration and optimize company performance. A highest-ranking executive having these skills make the company’s business decisions as well as strategic decisions to lead the company in a strategic direction toward the organization’s mission where company goals are accomplished and company values are maintained.

Job Outlook of a CEO

The job outlook for CEOs is positive. The BLS projects that chief executive jobs in the United States will grow at a rate of 8% through 2026, somewhat faster than the country’s overall employment growth of 7%.

This growth is due in part to the continued expansion of businesses and organizations. Additionally, as baby boomers retire, there will likely be an increased demand for CEO positions.

Senior executives work in a wide range of sectors in both large and small businesses. Because CEOs are ultimately responsible for the success or failure of a firm, their position is one of high pressure and stress.

CEOs frequently put in more than 40 hours per week, along with evenings and weekends as well. For work, they also travel frequently.

What to look for when hiring a CEO?

When interviewing candidates for a CEO position, be sure to ask questions that assess each of these areas. Additionally, it may be helpful to ask candidates for examples of situations in which they have demonstrated these qualities.

In addition to the qualities listed above, it is also important to hire a CEO who is a good fit for your company’s culture and values. Be sure to ask candidates how their personal values align with the company’s values.

On the concluding note, it is clear that a Chief Executive Officer has a lot of responsibilities on his/her shoulder. The CEO is the head of an organization and is responsible for its success or failure. The CEO is hired by the Board of Directors and reports to them. We hope that this article has helped you to understand the role of a CEO in an organization.