What is Economic Development?

Economic development is a process through which the overall education, well-being, health, income and living standards of the general population improves. This is where the economy will gradually grow, change and become advanced. In other words, a nation achieves economic development when emerging economies become advance economies and you can see a gradual shift from agriculture to industry to services that will result in economic growth.

Economic development is the priority of local, state and federal government as it will lead towards an upgrading in innovation and new ideas, higher literacy rates, creation of jobs, improved environment, creation of higher wealth, labor support and better quality of life. Economic growth and development is an important area of study that students can study in institutions like Norman Paterson School of International Affairs and International Institute of Social Studies.

One of the world’s most renowned economist Amartya Sen refers to economic development as “creating freedom for people and removing obstacles to greater freedom”.

Human Development Index (HDI) is one of the most popular types of economic development indicators and indices that help to measure the average achievements of a country. It was introduced as a part of the United Nations Development Programme (UNDP) in the year 1990. It takes into consideration three variables related to human development standard of living, knowledge and longevity. The HDI measures standard of living by GDP per capita income, knowledge by combining literacy rate of adults and total tertiary, secondary and primary gross enrolment ratio and longevity by life expectancy at birth. This composite indicator keeps track of changes in the level of economic development of a country over time.

GDP per capita is a type of economic development indicator and indices that can be calculated by dividing domestic product with midyear population. This global prosperity measure is used by economists to find and analyze the economic productivity and prosperity of a country. It is easy-to-use as its components can be tracked on a global scale.

3. Introduction of The GDI and GEM

The UN has created the Gender-Related Development Index (GDI) and the Gender Empowerment Index (GMI) to measure gender equality of a country. Both are common types of economic development indicator and indices that were introduced in the 1995 UNDP Human Development Report.

The GDI is often considered a composite indicator used to measure the average achievement of a country’s population while making adjustments for gender inequalities. This type of economic development indicator and indices is used to know about the gender gap by taking differences between males and females into account through variables like living standards, knowledge and health.

The GEM puts the focus on professional, political and economic gains made by females. This type of economic development indicator and indices know about gender inequalities through variables like a share of parliamentary seats, share in managerial and professional jobs and income-earning power.

Features and Characteristics of Economic Development 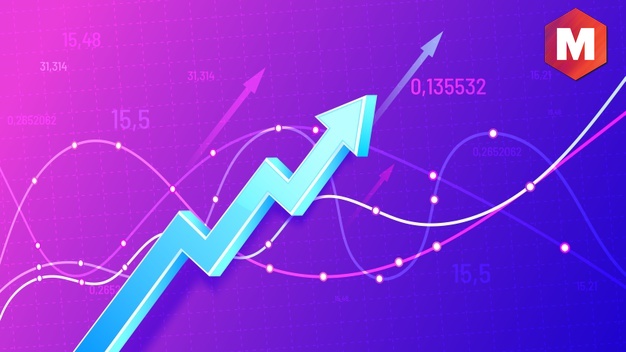 Important features/characteristics of economic development are as follows

1. Economic Development is a continuous process

Every developing economy tries to put in place economic plans and programs for economic growth and economic development. It is not a onetime deal but a continuous process for long term as it will lead to better using of financial and human resource, increased demand and supply of goods and services, a better quality of life and growth in national income.

An important characteristic of economic development is that it will help to raise per capita income that will result in a boost of national income. It is a fact that when the income of a person will increase the national income of a country will also increase.

A rise in per capita income will lead to an increase in the purchasing power of a person. An important characteristic of economic development is that better consumption of products and services will be reflected in a better quality of life, growing economies, expansion in the business industry and an improved standard of living of individuals.

An economy that believes in economic development is the one that will exploit national resource property to its fullest and keep up with the world economies.  It will use human, natural and physical resources to the fullest potential and would provide its people and communities incentives and opportunities like best education, labor support, business expansion and more jobs.

An important characteristic of economic development is that the process will help in structural changes and more opportunities from agriculture to manufacturing to the service sector. There was a time when agriculture was the dominant occupation of a developing country but with new jobs and opportunities in business, it has been replaced by the services sector which contributes to more than half of total national income.

Development in the economy has resulted in both social and economic equality in income, wealth, status, quality of life and standard of living of people

Obstacles to Economic Growth and Development

The various obstacles to economic growth and development are

Economists find that ignorance of market condition, not enough labor support, no clear plans of expansion and not enough jobs often result in market imperfection and is one of the most important obstacles in economic growth and development

Poor income, small purchasing power and low standard of living will prove an obstacle to economic growth and development.

Every government in the world work towards achieving economic development for its country. It is a long term goal that will help emerging economies to become developed countries one day. The year 2020 has proved a challenge because of the pandemic covid 19 but it is a fact that despite so much turbulence the world has managed to stay strong and move towards further growth and development.