Home » Business » What is globalization? What are the positives and negatives of Globalization?

Globalization is simply the process through which integration and interaction of countries, companies, and people across the globe. The process is as a result of the investment, outsourced manufacturing and international trade.  All these are supported by information technology, with an aim of bringing economies of various countries together. It is only through globalization that people, services, and goods get to move freely across the world, in a manner that is linked and smooth.

Globalization has enabled international trade, thus allowing different countries to utilize competitive advantages in terms of production. This means if two countries are producing the same product, but say country D produces the product at a lower cost than country C, then country D will be producing and export the product to country D.

To make it clear, here is an example.  If USA and China have firms that produce the stuffed animal, but the production cost is lower in China, then the interest of both countries is China to perform the production, and the US will import the products.  This is because, instead of either of the countries getting benefits alone, they will both enjoy the benefits, through the creation of employment in shipping, retailing, marketing and manufacturing industries.

How does globalization work?

Globalization is an economic concept that works by easing the movement of goods and people across borders.  To ease the process, all investments, trade, and markets get integrated, and barriers get minimized or eliminated, to ensure different nations enjoy the flow of goods and services. 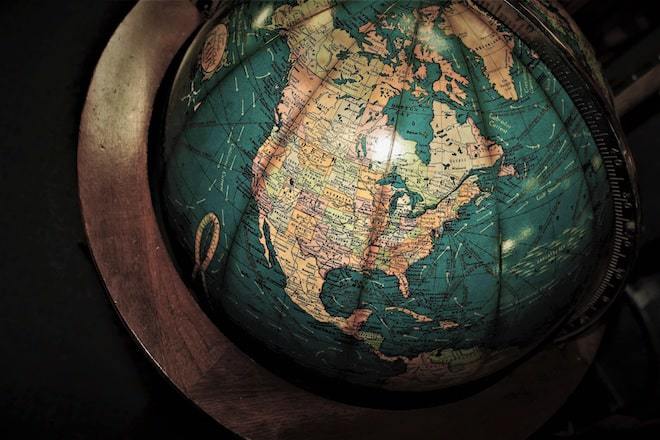 The primary components that led to the integration of international market are:

Also Read  What is a Status Symbol? Factors, Meaning and Examples

The three components lead to variation in basic causes of globalization.  For example, various governments possess all political incentives they need to regulate the movement of cross-border capital, but the revolution of information technology has made it almost impossible.

Although governments have the ability to control multi-nationalization of production, the macroeconomic benefits that they gain have made them not to control, but instead, liberalize the production increase.

When it comes to trade, the liberalization trend is greatly impacted by the rising interest of exporters to open up domestic markets.  On the other hand, cross-national variations remain, when it comes to integration of market.

How does technology drive globalization?

Technology is the main drive behind globalization, with enhanced technology leading to rapid increase in globalization over the last century.

For example, people from all over the world can now share ideas within some minutes through the internet, which has enhanced communication and connectivity.  In the 15th century, communication was revolutionized, when the printing press was invented. Besides, communication was made swift than ever, when email was introduced.

Similarly, you can now move around the world with ease, due to improvements that have been made in transport, such as modern airplanes, ships, and trains which are faster. 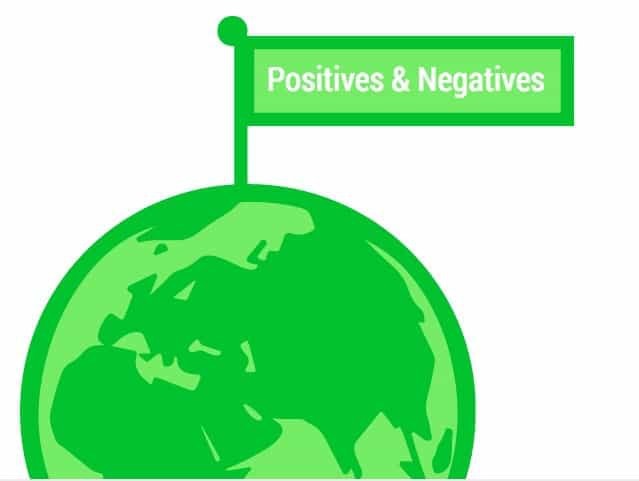 It is not easier to discuss the extent of positive globalization in the world.  However, the positive impacts have been experienced in various societal demographic segments. For example

The privatization of industries owned by the state has enabled the emerging markets to be successful.  Most of the companies are increasing the consumer demand through extension and expansion of their value chain to international levels.  As a result, the positive effects of globalization are expressed by the rising transactions across the borders.

Also Read  Agreement vs Contract - Difference Between Agreement and Contract

Globalization has resulted in the formation of multinational corporations.  The concentration of corporations in specific geographical economies has led to investment in other new geographical areas, where market competition is very high.  Due to increased competition, the corporations continue to enlarge their market, in order to enjoy the economies of scale. This is because globalization enables economies to compete fairly at all levels, hence attracting investors.

Competition in the market is largely due to globalization.  As a result, the positive effects are visible, since global competition leads to products of high quality.  The enhanced quality of both products and services are based on production approaches of customer demands and customer services.

For domestic companies to survive in the market, they are forced to raise their customer satisfaction levels, as well as their standards, while fighting competition from foreign companies.  Besides, a global product must live to its goodwill when it gets into a new country.  For example, the competition between Samsung and Apple has raised the market standards, as well as the customer service.  Also, the two brands are living on their goodwill to survive the competition.

Globalization has resulted in numerous positive effects on culture. There is no single civilization that had all good practices. Instead, the coming together of various cultures has made the world today a better place.  The welcoming of people from various backgrounds and civilizations has resulted in the creation of new cultures, thus leading societal growth.

Human rights have been improved as a result of globalization since media coverage on violations of the rights receives attention from all over the world.  It is through globalization that leaders address inequalities since information and openness get promoted. In most cases, the result is enhanced prosperity and democracy.

Although the effect cannot be seen directly, globalization has contributed greatly in enhancing the world security. For example, it is extremely difficult to see two countries attacking each other if the economy of one of the countries depends largely on the economy of the other country.

Irrespective of the many violence that is being experienced in the world today, it is evidently clear that if some countries were not depending on each other’s  economy, deadlier conflicts could have or would occur, but all have been halted by globalization.

Increased production means increased utilization of natural resources.  Besides, increased trade results to increased transport, which uses fossil fuels.  As a result, pollution has increased, leading to climate change.  The changes in climate are now a serious threat to humanity and the future of the world, all because of globalization.

Globalization has led to increased market competition, hence leading to fluctuation in prices.  For example, developed countries like the USA have been forced to reduce their products prices, because countries such as China offer the same products at cheaper prices.  This is because the production cost in China is lower than in the USA. As a result, for developed countries like the US to withstand the competition and have customers, they are forced to lower their prices.  The impact is adverse, as the ability to sustain social welfare in the US gets reduced.

Due to globalization, most global economy jobs are insecure and temporary.  The impact is mostly felt in developed countries since they can outsource cheaper white collar and manufacturing jobs.   For example, wages and manufacturing costs are lower in India and China, making countries like US and UK to outsource cheaper labor.  The effect is people in developed countries losing or having fewer jobs.