Costs are mandatory expenses which are made in order for the smooth running of a business. Every part of the business is associated with different types of business costs right from production up till marketing and even sales. The cost of labor for instance which is used to produce goods or render services is measured in terms of benefits or raises or even salaries.

Fixed asset cost which is used in production is measured in terms of depreciation and the cost of capital which is used for purchasing fixed assets is measured in interest expense which is associated with raising the capital. Every business is interested in measuring the costs they incur during the process. While many costs may be quantifiable because they are easily observable, other costs must be estimated or specifically allocated.

In the earlier case, the category of the direct relationship between the cost and the quantity is easily observable while in latter cases it may not be directly quantifiable or even observable. Costs are various kinds of relationships with the output and are used in different business applications such as cost accounting, financial accounting, capital budgeting, valuation, mergers, and acquisitions etc.

Hence there are multiple ways of differentiating costs based on their relationship to output as well as in their context in which they are used. Following are different types of business courses that are included in businesses: 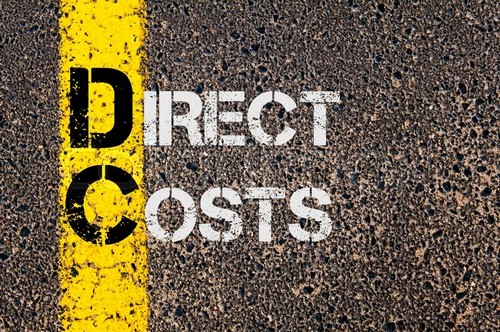 As the name suggests these are the costs that are related to producing goods or rendering services. This cost includes the labor expenses, materials and distribution and other costs which are associated with producing or manufacturing a product. These are the types of business costs which can be easily traced to a product. Direct costs can also be traced back to departments are individual projects.

Also Read  Subcontracting Definition - Why should you hire Subcontracters? 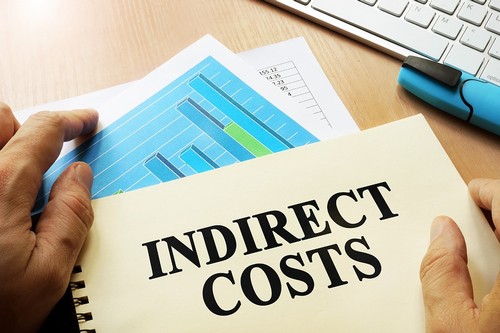 On the other hand indirect, the types of business expenses which are not related to producing a good or rendering a service. This also cannot be traced back to a particular product, activity, department or even a project. Example in case of Apple the direct costs the cost of glass screen and other parts however the electricity which is used to provide power in the manufacturing plant is considered as an indirect cost since electricity is used for all of the phones that are manufactured in the plant and no one particular product can be traced back to the electricity bill.

These are the types of business costs which do not vary with the number of goods or services produced by the company. In other words, these are not dependent on the output. This also termed as overhead costs and are incurred irrespective of the fact that for manufacturers one product or thousand products. The fixed cost includes rent, salaries of supervisors, depreciation etc.

Fixed cost may also be included while preparing a budget and include manufacturing overheads such as taxes and insurances. Example if the company is Jesus a machine for the purpose of production for a period of 3 years the company has to pay about $2000 per month for the recovery of the cost of the lease. Lease payment is considered as a fixed cost since it remains fixed for the period of time irrespective of their output.

As the name suggests these are unlike fixed costs and fluctuate on the level of production. These types of business costs change upon the quantity of the products are the services that the company renders. Variable costs increase as the production volume increases and as the production volume decrease variable costs go down. For example in a manufacturing facility certain quantity of materials is produced after a certain time by the services provided by a certain number of labors but if the quantities to be increased output has to be increased and so the number of labors and associated costs will increase. Traditionally variable costs are always associated with labor and materials.

Also Read  17 Types Of Technology used in the Businesses World

However in case of service industry labors are usually salaried people and they do not fluctuate with the production or the services rendered. Therefore, in the case of the service industry, these are fixed cost and not variable costs for these companies. Although the differentiation is clear sometimes there is no hard and fast rule about which category of expenses are fixed and variable.

Example the cost of office paper for one company may be a fixed cost because the paper is used in case of administrative tasks but for the other organization, the same office paper cost will be a variable cost because the business is to provide printing as a service to other businesses. Each business should be able to determine based on its own uses and industry whether a particular expense is fixed or variable. 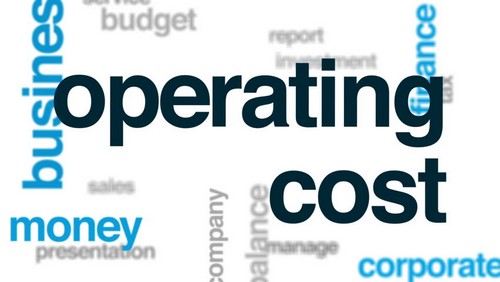 These are the types of business costs which are associated with everyday transactions and business activities but cannot be traced back to one specific product. Operating costs can also be classified into fixed or variable depending on the nature of the business and the nature of activities conducted every day. Operating costs, for example, include rent utilities for a manufacturing plant. Investors calculate the operating cost ratio for a company which shows how efficiently an organization is generating sales by utilizing their costs.

These costs are considered similar to direct and indirect costs. Period costs are seen as expenses of the current period. On the other hand, product costs are those which the firm’s accounting system relates to the output and are used to value inventory. Period costs are not seen as a cost of the products which are manufactured under direct costing which is why they are not associated with the value in the inventory. In case if a firm uses a full cost accounting system, then all of the costs related to manufacturing including fixed overhead costs and variable cost are classified under product costs.

Also Read  12 Benefits of Technology to Business and Education

This is the benefit given up when one decision is made up over the other. Opportunity costs represent an alternative which is left out when making a decision. This opportunity cost, therefore, is considered as most relevant for two events which are mutually exclusive. In terms of investing opportunity cost is the difference between chosen investment and the one that has come up.

Opportunity costs do not show up for companies in their financial statements. For example, if a company decides to invest in a piece of manufacturing equipment rather than lease it, then the opportunity cost would be the difference between the cost of cash outlay for that equipment and the improved productivity versus the amount that could have been saved had the money bill used to pay the debt.

8) Out of Pocket and Sunk Costs

These are also excluded from the decisions of future business since these will be the same regardless of the outcome of a decision.

Also Read  What Constitutes A Good Code Of Ethics For Your Organization?

These are the types of business costs which cannot be changed by an individual or a department or even a business. On the other hand controllable cost other ones that can be controlled regulated by the manager of the head responsible for it. Direct labor materials certain factory overheads can be controlled by the production manager and hence is classified under controlled cost.