An instrument which is used for the settlement of debts is called bills of exchange. It is prepared by a person who is entitled to receive money from a person who is bound to pay the money in other words that are drawn by the creditor on a debtor.

It is a legal document which contains written order to pay a certain amount of money to a specific person. The difference between the actual money received and the face value of the bill is termed as a discount. A discount may or may not be given by drawer of a bill of exchange and it depends on the terms and conditions between the buyer and seller.

Features of Bill of Exchange

Contents of the Bill of Exchange 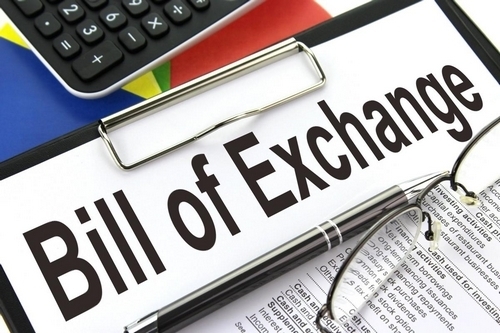 A BoE contains following things in a written format which is validated by both the participating parties. The name of the drawer, the name of the drawee, date of issuance of the bill, Signature of both the parties, the amount owed written in numerical and verbal, along with space for signature for both parties and address in short. The address can be of either of the party or of both.

Following are the parties involved in the BoE

A BoE which is always accompanied by supporting documents which confirm the authenticity of trade or transaction that has taken place between the seller and the buyer is called a documentary bill. The documents may include but not restricted to invoices, receipts, bill of lading, railway bills etc.

Documentary bill is further classified into

A bill which is payable on demand or when presented are at the site is called a demand bill. The demand bill does not have a due date or time specifically mentioned for the payment and hence the payment can be made when the bill is presented.

This is also termed as time bill which means it is the bill which has specifically mentioned the time period for the payment on it. Usance bill is considered as a time-bound bill because of the specific time and period mentioned on it.

A Bill drawn in India and payable only in India or a bill that is drawn by an Indian resident table in India or any other country is termed an inland bill. Inland bill is quite opposite of Foreign bill.

A bill without documents of proof is called Clean Bill. Clean bills charge higher interest rate than the other documentary bills since there are no documents involved.

A bill drawn for a party outside India which is drawn by an exporter is termed as an export bill.

A bill which is drawn outside India by an exporter is called import bill. This Bill is issued for Indian importers.

Whenever a bill is accepted or drawn or endorsed regardless of any condition is termed as accommodation bill.

A Bill which is drawn for the purpose of a trade order transaction is termed as trade bill. Trade bills are common in case of international trading.

When a bill is drawn on government department by a supplier or a contractor to supply certain goods, it is termed as a supply bill. The objective of supply is used to obtain cash from financial institutions against pending payment to meet the financial needs. Government department usually does not accept this kind of business but they are eligible for getting cash loans from commercial banks going to its non-negotiable characteristics.

A bill in which the name of either of the party that is drawer or drawee or both are fictitious, it is termed as a fictitious bill.

These are promissory notes and bill of exchange which are indigenous in nature that is usually used for agricultural financing and inland trade.