Brinkmanship is a negotiation style in which one party tries to achieve favorable outcomes by letting a situation reach the brink of disaster before finding a solution. It pushes dangerous situations to the brink of active conflict. It is as an instigating move caused for a beneficial consequence by provoking dangerous circumstances at the verge of an active dispute mainly used politically. When two nations are involved in a conflict, brinkmanship might be used as a diplomatic maneuver for creating the impression that one would use extreme measures to win.

The brinkmanship ploys are primarily utilized in cases of foreign policy, military protocols regarding nuclear warheads, global political agendas, labor relations, foreign strategy, high-risk litigation on a massive scale. The political brinkmanship process is used to nudge the circumstances to a point where it is on edge and, as a result, the opponents become bound to make a compromise.

Definition: Brinkmanship is defined as a negotiating technique used by a party to get an advantageous outcome by pushing a dangerous situation or conflict to the ‘brink’ of disaster. It is an apparent escalation of threats to achieve one’s goals.

Brinkmanship, also known as the term “brinkpersonship” or “brinkmanship,” is an intervening method in which one faction forcefully incites several times in such a manner that the other faction of people is compelled to come to an agreement with the responsible parties or to disengage for that matter.

The term Brinkmanship originates from the word “brink,” which denotes the meaning “to be at the edge” as one of the responsible parties shove the other to an “edge” from where one is supposed to make a choice which in point depicts the meaning.

As it is a negotiation or a bargaining technique, the best utilization of Brinkmanship is generally operated by corporations, by diplomatic ambassadors, union emissaries in labor bargains, and blockages or strikes that are targeted as a protest, and by corporate lineage glimpsing for even favorable opportunities.

The accomplishment behind Brinkmanship comes from the fact that one must be unreasonable to the other while acting as a negotiator.

Due to its aggressive nature of negotiations, the outcomes for the forcible party are higher than the one being pushed over, as the assertive party can achieve better terms because of the tactics involved.

Corporations or people who use the brinksmanship method to bargain for their profit may use it as a façade as such factions typically are inclined towards accepting the more impartial terms yet are always looking for an approach where the entirety of the situation can be observed first-hand.

Brinkmanship consists of two factions or groups in diplomatic and political situations, letting a conflict or confrontation advance into the next stage to an almost disastrous situation before getting to a negotiating location, making it difficult to discuss or even contemplate. It is often like an aggressive game of wait and watches where one of the teams waits with its claws until the other surrenders.

Brinkmanship was coined by the American politician Adlai Stevenson when he was criticizing the philosophy understood as “going to the brink” in an interview with US Secretary of State John Foster Dulles during the Eisenhower administration.

The ‘Brinkmanship’ term is chiefly related to the US Secretary of State John Foster Dulles from 1953 to 1956 at the time of Eisenhower’s administration, as he used this strategy for deterring the aggression by the Soviet Union. He warned the soviet premier that the cost might be massive retaliation against Soviet targets.

He defined his policy of brinkmanship while giving an interview to the correspondent James R. Shepley of Life magazine-

“The ability to get to the verge without getting into the war is the necessary art.”

At the time of the Cold War, the brinkmanship strategy associated with the escalation of threats of nuclear war was used as a policy by the US for coercing the Soviet Union into backing down militarily. It is a way of manipulating the shared risk of war, however, it might also cause the serious risk of miscalculation and escalation.

Under specific financial situations, Brinkmanship would be more inclined towards success as a negotiating or bargaining procedure. Market hierarchy plays a vital role in Brinksmanship’s success or downfall.

When a faction has a higher level of market leverage whereas the opponent fails to have so, the Brinkmanship is more feasible to successful. In certain conditions where one of the parties has a higher number of choices ready, that faction would have a practical standpoint if Brinkmanship gets imposed. Michael Porter’s  5 Forces Model discusses the competitive benefits generated by market concentration concerning Brinksmanship.

While pursuing certain forms of technology for Brinkmanship can manipulate the economic manifestation of the market, also known as the “hold-up,” a concept coined by the famous economist Oliver Williamson. The “Hold-up” concept can happen whenever a faction of the involved parties makes an investment in the assets and purchases, which can have a value dependent on the certain relationship it forms.

Such a pre-existing relationship between the counterparties of the market includes the purchasing venture in the association-specific assets that benefit the brinkmanship strategies causing the opposite faction’s risk at forfeiting all the significance of the relation built.

The point to be noted is that all these circumstances also apply in the reversal case. A faction that doesn’t have extreme power over the market while the opposition group has a larger power grip over the market or is strongly empowered in relation-specific investments would be slightly profitable while pursuing the brinkmanship strategies, resulting in more vulnerability caused to the whole brinkmanship tactics itself.

Throughout the 20th century, the brinkmanship method has been one of the most popular negotiation strategies used in the most influential and renowned circumstances in the history of humanity and civilization in general.

The parties involved in the said confrontation permitted the circumstances to go south, resulting in the verge of a nuclear assault before bargaining an agreement where the United States was at the edge. As a result, the United States came to a negotiation to never invade the lands of Cuba. In the Cuban Missile Crisis, the United States was forced to the edge and, as a result, agreed to the demands. On the other hand, the Soviet Union benefited from the aggressive and destructive threat. 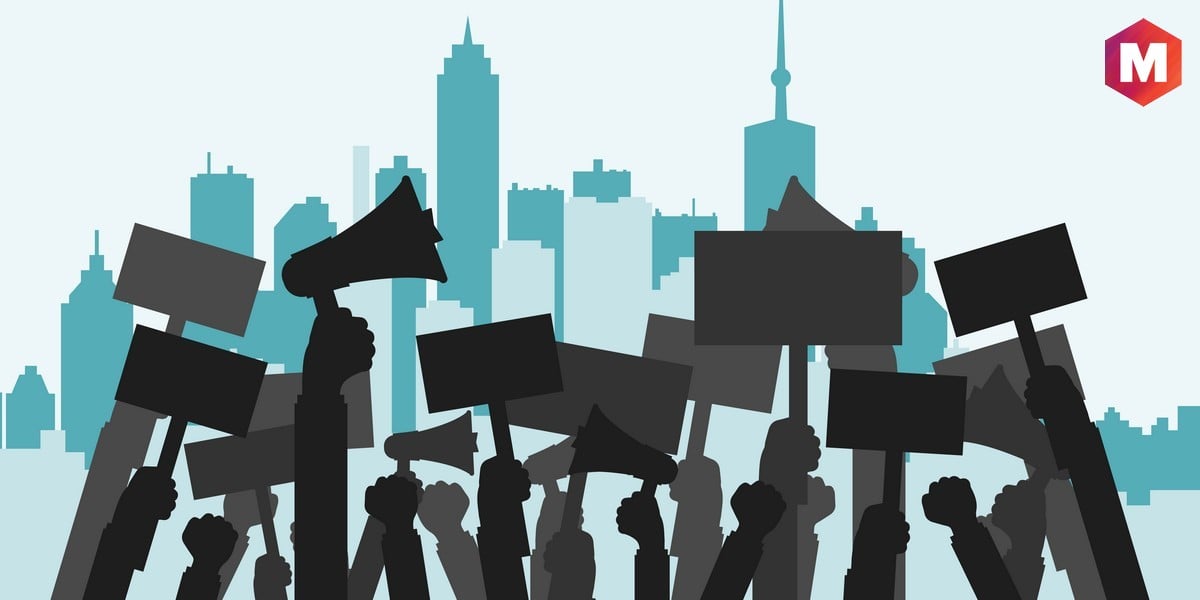 Suppose Labour strikes are used as an example of Brinkmanship. In that case, whenever the workers’ federation is dissatisfied, it is often observed that constant threatening is used against the companies to satiate the masses’ demands accordingly.

A stoppage of work or a stroke can result in a chain of devastating consequences such as a total shut down of a business, economic loss, terrible public relations, and image. The suitable motive in a situation would be for both the factions to calm down and surrender from going after each other and meet at a certain common ground which can be advantageous for all the concerned parties.

If such a mutual agreement is not met, the situation can give rise to more complications and result in a longer stoppage of work or, even worse, causing the whole federation to fall to the ground.

Such dissatisfaction, along with constantly threatened behavior, can result in workers wanting to quit and disrupt the whole hierarchy chain in the given organization.

Despite being an aggressive practice, brinkmanship might provide results to the aggressor. The main factor is to reduce the possibility of a business relationship getting wrecked by using it.

The aggressor should confirm contingency plans while negotiating with a vendor or supplier using brinkmanship. There might be a case where the vendor or supplier may disengage. It is a must to employ brinkmanship at the beginning of negotiation because if the same is used at the end, it might show a scarcity of good belief leading to a drastic increase in anger in the other party.

Brinkmanship never is used until and unless a relationship has been established. Using it too soon will compel any eventual business partner or vendor not to engage as they won’t be spending their time and effort. Being realistic should also be necessary for negotiators as claiming a huge discount might make the supplier feel uneconomic and infeasible, leading to the termination of the negotiation. 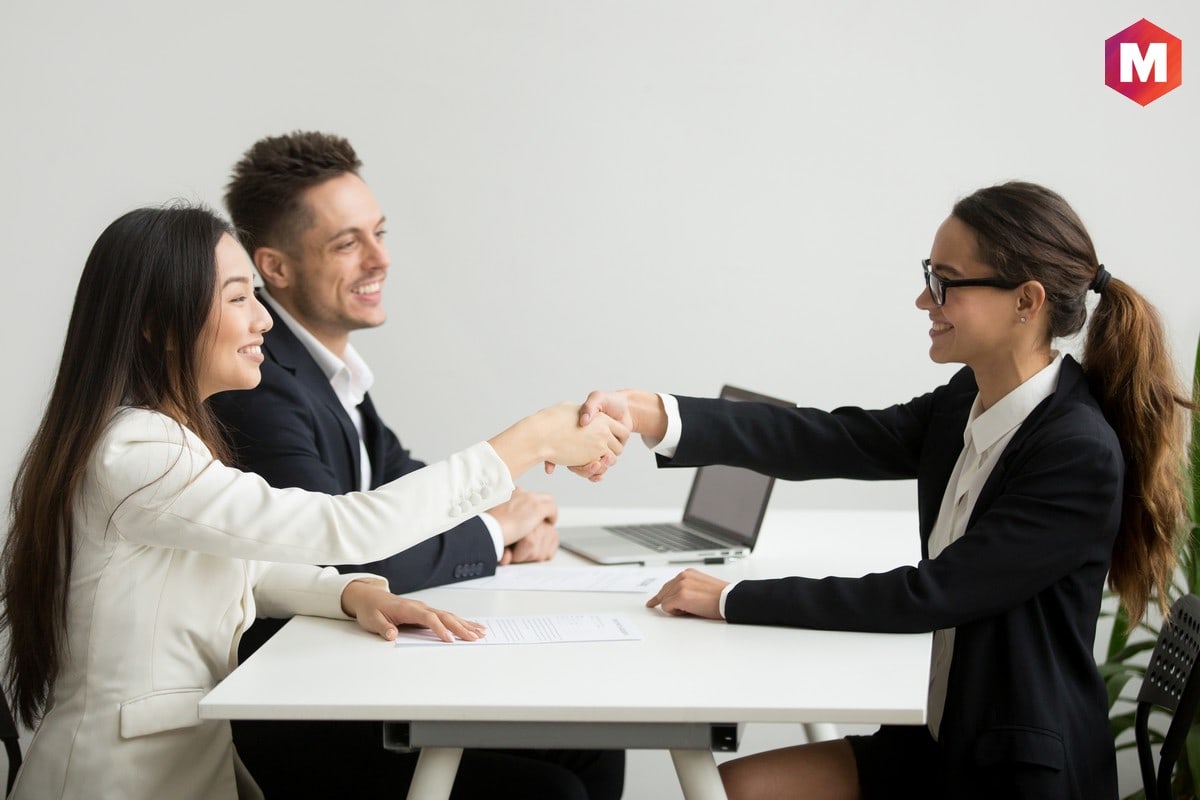 The negotiator’s skill needs to be as arbitrary as necessary to obtain the best possible compromise, actually destroying the basis for voluntary cooperation or self-restraint. There are some really important and common-sense rules to find success in this endeavor. These rules are-

Remember that your competitor is under that maximum handicap if he is made and convinced to act in a completely rational, logical, and objective fashion. Only he will cooperate as long as he is convinced that he will benefit from this cooperation.

If he is completely logical, he will not forgo the profit of cooperation as long as there is any net benefit. If he acts in this manner and has followed the three mentioned rules, you can give your rival a token reward and keep the rest for yourself.

It is important to outline the rules of behavior as they are the most effective in cooperation-conflict confrontations. These rules apply in labor negotiations, politics, international diplomacy, and business competition. These rules are as follows-

On the concluding note, it is clear that brinksmanship is a negotiation style that enables one party in a conflict to make a set of demands and stick to them even if there is a risk of losing the deal entirely or pushing the conflict to the brink of disaster.

Though political brinkmanship is mainly related to foreign policy or military strategy, the strategies of brinkmanship are also utilized in many other high-stakes situations like corporate deals or union negotiations. It might force

Using brinksmanship, you can force the other party to back down and give in to your demands. It is like playing chicken in which the party that backs down first will be the loser.

How effective and constructive do you consider the brinkmanship strategies for winning a conflict? Do you also have some instances where these strategies are used? Share with us in the comment section below.