The terms of the employment contract, which are not necessarily written, are called implied terms. Usually, these are the terms conveyed orally but are nevertheless considered an agreement between the employer and the employee.

Even if every term and condition is written out on the paper and drafted on an agreement, there will still be some implied terms. Implied terms are subject to the trust of the participating parties in the business contract.

Express terms are the ones that have been specifically mentioned on the agreement, which is usually written. These terms are accepted by both the employer and the employee whenever the contract is drafted.

Usually, written express terms are more important than verbal ones, but both of them are accepted.  The terms and conditions spread out in the contract or in an agreement are examples of express terms. They are obligatory and cannot be overlooked, neglected, or avoided in any way, and both parties are expected to adhere to it.

When it comes to court, both types of contracts are legally binding. But an express contract or express term is easier to enforce than implied terms because it is spelled out and most probably signed by both authorities.

The duty to maintain mutual trust and confidence is one of the most commonly relied upon and used almost everywhere. The implied term is often cited by employees who usually claim that they have been dismissed constructively.

For example, maintaining the organization’s ethics and giving them topmost priority everywhere is also an implied term. However, most of the organizations have started to quote it expressly.

There are many trainings which an employee goes through when he joins a new organization, and these training sessions are based on issues related to business ethics, which the company follows.

The duty of fidelity is another example of an implied term. This term states that the employee should faithfully serve the employer. The employee is expected to perform all the duties assigned to him within the given period without bypassing any ethical obligation.

These duties are assigned at the beginning of employment. The duty of fidelity remains only till the term of employment exists, and later after the termination of the contract, it does not apply.

However, many organizations include certain terms in the explicit contract quoting that the employee has the duty of fidelity even a few years after the employment.

They mention the number of years, specifically in the agreement. For example, even after relieving the employment, the employee is bound not to divulge any confidential information to other organizations for two years post ending of employment.

The duty to pay is another implied term in employment. The organization is legally entitled to pay the employee every month. It can be a part of his agreed remuneration additional income paid via bonuses or commissions.

However, the organization must pay the employee for his duties and services at every agreed interval. The agreed interval, maybe weekly, biweekly monthly. Additional payment may be subject to employment terms that are explicitly mentioned in express terms.

Express terms are usually mentioned exclusively, and most of the time, they are in written format. For example, the contract of employment is express terms. It is useful to set out the obligations and job duties of the employer and the employee. Because of express terms, both of them can expect what to expect from each other.

There are usually no surprises in the case of express terms except if it is not mentioned expressly. However, the law mandates that all the terms and conditions should be mentioned in express terms, and if something is missing, then it is not obligatory.

Therefore the terms and conditions written in the contract are usually elaborate and cover almost everything related to the job. If something is not mentioned in the express terms, it cannot be binding on either party.

However, some things may be discussed and agreed upon, which can be considered between implicit and explicit terms. It all comes down to the mutual trust of both parties on each other. 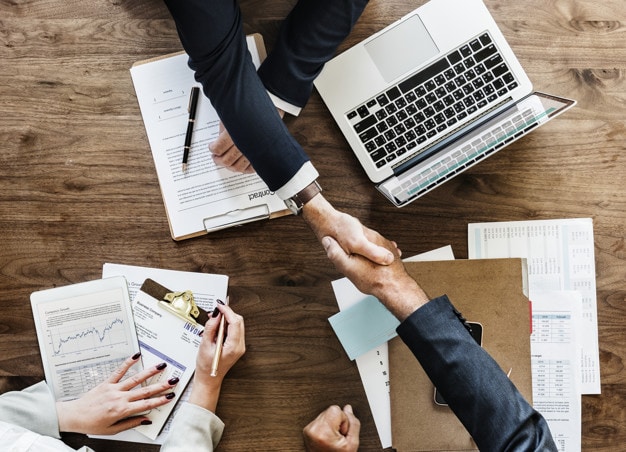 Express terms are important where are legal documentation is mandatory. It gives both parties peace of mind that the express terms can act as their defense if something goes wrong. If either party does not honor their commitment, the other can hold the party to express terms and get it done legally.

Express terms are easier to understand and difficult to forget. Since they are readable and reproducible, the terms have a more binding effect than implied terms.

Implied terms are not mentioned anywhere but are implied by the verbal method. When it comes to implied terms, trust and confidence play a significant role in both the parties. One party can imply certain terms and request the other party based on confidence.

Implied terms are the ones that are not mentioned in the terms and conditions of an agreement. They are based on trust and confidence between the two parties. A mutual understanding is essential when it comes to implementing implied terms.

However, express terms are explicitly mentioned and written. They are usually written or sometimes discussed verbally.

The important fact is they are mentioned explicitly by one party to the other. Implied and express terms are a part of almost all agreements and while express terms are easy to hold on to and legally binding, implied terms, on the other hand, have relatively less binding effect.