A buyout is a process of acquisition and an investment transaction of buying all or a controlling percentage of the shares of another company through outright purchase or through acquiring controlling equity interest. In simple terms, it can be understood as the acquisition of the controlling interest in a company that lets it get used synonymously with the acquisition.

A buyout is the process of acquisition in which company A buys more than 50% shares of the core business of company B. In this, one party acquires control of another pay either by outright purchase or by obtaining a controlling equity interest that has to be at least 51% of the company’s voting shares.

Dictionary.com defines the noun buyout as

An act or instance of buying out, especially of buying all or a controlling percentage of the shares in a company.

The money that is used in buyout transactions is usually supplied by private individuals, larger companies, private equity firms, pension funds, lenders, and other institutions that add more value to the company. Buyout firms are involved in facilitating and funding a buyout offer. They generally acquire their money from wealthy individuals, venture capital owners, institutional investors, or loans.

A buyout is a transaction done for the investment with the help of which the ownership equity of any firm or a large share of the company’s stock is attained. In this way, the stock acquirer buys out the current equity holders of that particular company. A buyout may also include buying the outstanding debt of a particular company or firm, which is called an ” assumed debt” by the buyer.

The buyout is when the purchaser has attained the right to over 50% of the share of the company or firm, which eventually results in a change in control over the company.

The companies that have specialized with the state of buyouts and process of funding are supposed to act together or may function individually and are mostly funded by their investors or loans.

The buyout gives a company or an individual the right over another company that the acquitter company has bought. The attainder eventually gets all the control over the company.

Many times bigger and well-established companies with good financial backgrounds take control over a smaller company rich in technology with the help of buyout. This type of buyout eventually benefits both companies. 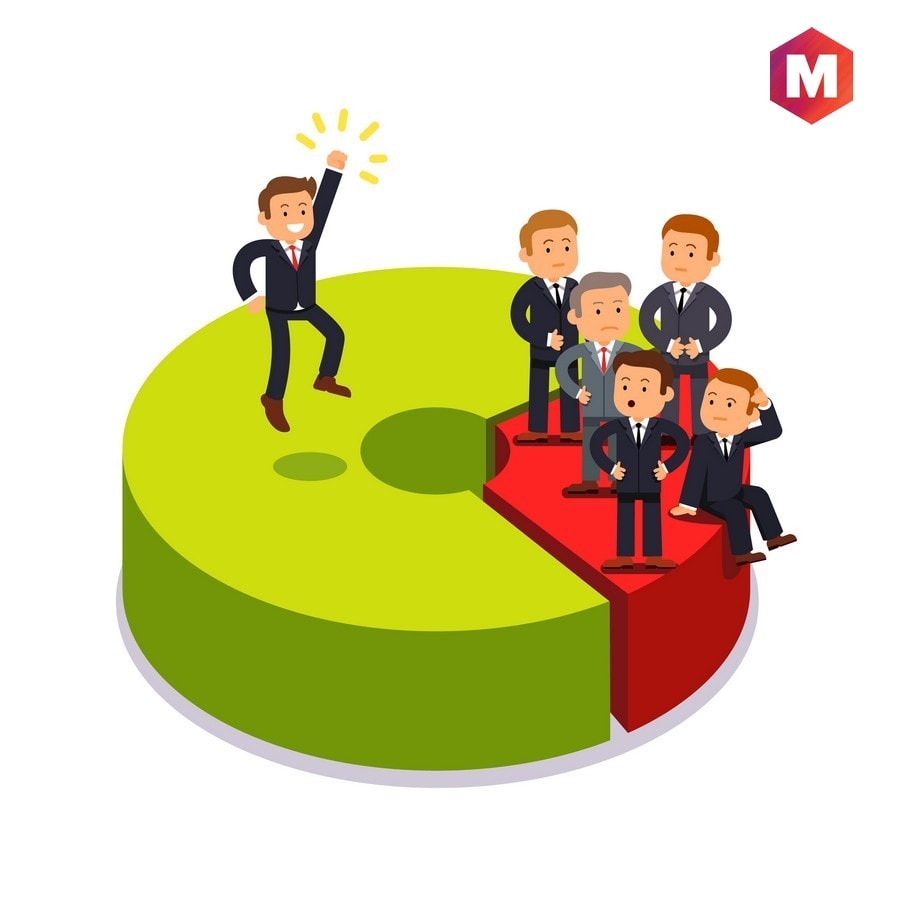 There are two types of buyouts

A management buyout is a type of buyout in which the company’s management or firm purchases the stake.

In management buyouts, a strategy to exit the buyout is provided to large companies interested in selling the divisions that are not a functional part of their main business or for the business owned privately and whose owners are willing to retire.

The funding required for management buyouts is substantial and generally is a mixture of equity and debt attained from the buyer or purchaser.

A leveraged buyout is a type of buyout in which a high level’s debts are used to fund buyouts. In this buyout, a good amount of borrowed funds is used, accompanied by assets of the company that is being acquired, and this all is used in the form of collateral for loans.

The company participating in the leveraged buyout can provide only 10% of its capital, and the rest of the financing is done through debt. This buyout is also considered a risk-taking but high reward strategy because the acquitter gets high returns when the interest on the debt is paid.

Moreover, the assets of the target company can be used as collateral for the debts, and the firms which have faced the buyout often sell some of the parts of their company to pay the debts.

The state of buyouts usually occurs when an interested buyer makes an offer of the buyout to the targeted firm or company. After taking his offer to the board of directors, representing the firm’s stakeholders, negotiation takes place. After the acquitter negotiates, the board members will take the offer to shareholders and will inform whether they are interested in selling their shares or not.

The fund used in the buyout transaction is generally provided by the companies, individuals, lenders, pension funds, or any other funding body. The buyout companies lay their focus on enabling the funding of buyouts. This funding process may be carried out at an individual level or in a deal with any other firm. These firms usually get their fund firm some rich individuals or loans.

The advantages of Buyouts are as follows:

Buyout plays a major role in increasing the efficiency of the business by making the areas of service free or preventing the duplication of any products in a business. Buyouts have succeeded in reducing expenses on operations which eventually leads to companies’ profit.

The businesses that are actively involved in buyouts get skilled in self-analysis and learn to compare their process, which helps them make the best choice for themselves. The company formed from buyouts can be in a good position to attain insurance, products, or other things at a good price.

Buyouts help in cutting down the competition between like firms. This can happen when one of the related firms buys another firm to reduce its competition which eventually benefits both the firms.

As a result of the buyout, increased economies of scale of newly established enterprises can be offered; moreover, eliminating the necessity for price war between the competitors may also occur. This whole process will eventually result in a reduction in the price of goods and services, which will be beneficial for the customers.

3. New products in the market aided by new technology

A small and newly established company enriched with new technologies will eventually benefit both of them when bought by a big, well-established company. This will bring new technology development to society by providing promising technological products. Moreover, the smaller companies will be provided with good resources, which will be beneficial for them to convert their ideas into reality, and they will also be provided with a good customer base.

On the other hand, the larger companies also benefit as they get to incorporate the new technology of the smaller companies into their products without applying for any license separately to use that technology.

Disadvantages of a Company Buyouts 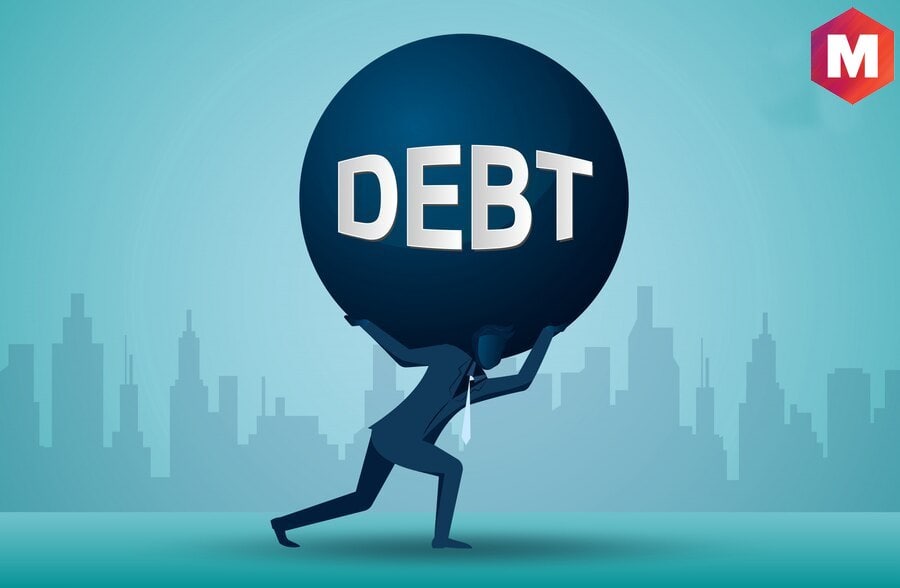 The disadvantages of a company buyout are as follows:

The company that has acquired the stocks may sometimes need to borrow the money to purchase a new company. This whole process will eventually harm their financial structure and may also increase loan payments of the acquitter company. Consequently, the company may need to cut down its expenses on some other services.

For example, the Buyout process may require the acquitter company to give up on some of its employees or, it may also result in the company selling off some of the parts of its business to make sure that the company remains profitable stage. Furthermore, the money that the company uses for the buyout can be taken from any internal project of the business.

In such a case finding new personnel with the same experience and skills becomes tough for the company. The loss of experienced key personnel or the substitution of experienced personnel by inexperienced or unskilled ones is one of the major disadvantages of company buyouts.

Sometimes it becomes very tough for the two companies to work together in an integrated way and carry out work in co-operation with one another. Tough the two companies may be producing similar products, the structure of their work and their management process may differ from one another.

This becomes a problem when the companies unite and come to work together. They differ from each other in their functionality which may result in disputes and eventually cost the productivity of the company.

The boards of directors of Safeway’s company in 1986  prevented an aggressive takeover from Herbert and Robert Haft of Dart Drug by allowing Kohlberg Kravis Roberts to make a healthy Leveraged buyout for $5.5 billion.

In the process, Safeway divested its assets and shut down its stores which were not giving it profit for a long time. With some improvements in its profitability and revenue in 1990, Safeway went public again. In this whole process, Roberts got a profit of $ 7.2 billion by investing only$129 million initially.

In another example, Blackstone Group, in 2007, made a purchase on Hilton Hotels by Leveraged buyout for $ 26 billion. Blackstone was put up with cash of $ 5.5 billion and debt of $ 20.5 billion.

Before the break of the financial crisis in 2009, Hilton faced the issues of declines in revenue and cash flow. Later Hilton refinanced itself at lower interest rates and improved its operations; after this, Blackstone sold Hilton with a profit of $ 10 billion.

On the concluding note, key takeaways you should remember is that buyouts are the processes that involve buying a controlling interest in another company. They generally take place because acquirers have the confidence that the company’s assets are undervalued.

Other reasons can be the buyer’s vision that he or she will gain some financial and strategic advantages in the form of new market entry, higher revenues, better operational efficiency, or less competition. Buyers in buyouts mostly think that their purchase would create more value for the shareholders of the company compared to what current management can generate.

However, it is important for both sides to pay heed to the pros and cons of buyouts before opting for them. What are your thoughts about the upsides and downsides of buyouts?