The boomerang effect is the opposite or negative outcome of an attempted attitude change. It occurs when you receive the unintended consequence of your effort to persuade someone that lets you face a contrary position.

For example, if you try to change the prejudices of a community aggressively and it drives community people to harden their prejudiced stance then this would be the result of the boomerang effect or negative attitude change.

What is a Boomerang Effect?

Definition: The boomerang effect is defined as an attitude shift that is opposite to what was intended and it is related to the “theory of psychological reactance”, which states the fact that when the freedom of a person is restricted in some way or the other, most of the time, it generates an “anticonformity boomerang effect”, as people act for protecting their own sense of freedom.

The boomerang effect occurs in different contexts of psychological science, political behavior, and other social experiments or phenomenon when the use of a persuasive message for an attempted attitude change is considered as an impediment to a person’s freedom.

Hence, because of the boomerang effect, the outcome of the persuasion not only goes against what was intended but might also exacerbate the person to come up with a contradictory stance.

In the year 1953, Hovland, Janis, and Kelly recognized and titled this Boomerang Effect.

In addition, they also provided certain conditions under which the effect seems more obvious to happen-

The originator of the theory of psychological reactance was Jack Brehm in the year 1966.

Later on, Brehm and Sensenig together applied this theory in the course of interpreting the boomerang effect. The fact they proved was that the psychological reactance of people would be aroused when they would feel or think that their freedom of having a position in behavioral issues is being curtailed. As a result, those people would try to regain their lost freedom.

A little Experiment of Brehm

Brehm experimented with some college students to prove the consequences of the psychological reactance theory. He asked them to write an essay in support of five issues. Besides, he made some of the students think that the essays they were writing might impact the decision taken regarding those issues.

Hence, some of them believed that their preference would be considered in support of the decision concerning the side they would write for on the first issue. So there occurred a change in the attitude concerning the position of preference. On the other hand, those worried about losing their freedom stepped towards the position, which the communicator (i.e. Brehm) settled up for them.

From the experiment, Brehm drew some conclusions that follow-

Another theory that is associated with the boomerang effect is the cognitive dissonance theory by Leon Festinger. It was inclined towards the analysis of the progress of social psychology research in the 1960s.

It was not just limited to the prediction of intended influence instead it incorporated all the different subfields of psychology studies.

People have an inner drive for holding all their attitudes and behavior in harmony and avoiding dissonance or disharmony which is understood as the principle of cognitive consistency. But when there occurs an inconsistency between attitudes or behaviors (dissonance), it is essential to change something for eliminating the dissonance.

Hence, cognitive dissonance is used for describing the mental discomfort we go through while dealing with two conflicting attitudes, beliefs, or values. It attempts to describe that people who are in a state of cognitive dissonance prefer to take steps that help them in reducing the extent of their dissonance.

One of the common examples can be a situation when an individual smokes (behaviors) and at the same time, he or she knows that smoking is the prime reason behind cancer (cognition), they will be in the state of cognitive dissonance. It also helps in the prediction of both the intended and the unintended influence of persuasion on attitudinal change. 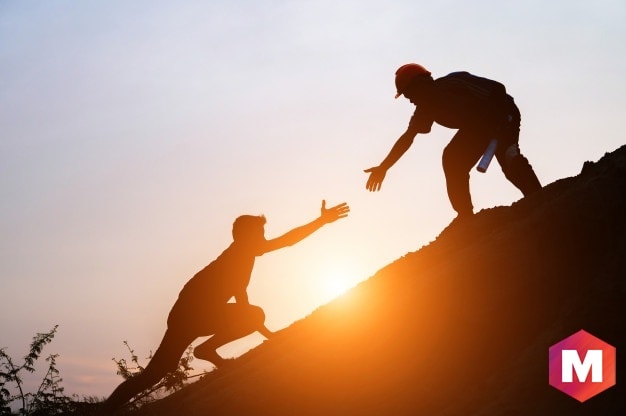 In the ecosystem, some results of change initiatives that have gone out of control from their developers can be noticed, which can be termed Boomerang Effect. For instance-

In the field of national as well as human security, Boomerang Effect can be observed. When the focus shifts completely upon one security aspect, that too based on the consumption of or damage caused on the other seems to be ill-balanced ends and pretexts where the environment of the security gets transformed.  Henceforth, the focus should be equally divided upon both types of protection.

A small experiment was attempted to deal with the political ideologies of people. There, mock news articles were read. The reports also contained an assertion from a politician, which was misguiding. Besides, some of them had such assertions with a correction after.

The result was that the group to whom the mock articles were aimed at, the corrections following the wrong information, could not help lessening their prior misconceptions in most cases. Also, because of those corrections, they started to believe the inaccurate information more.

Academic press research has noticed that certain factors generally provoke human beings for help that can become the cause of unwillingness to help further. There are three forms related to this Boomerang Effect-