There are numerous guitars brands available in the industry. These brands provide you with one of the best guitars in the world. With so many well-known brands available, it becomes hard for the user to choose the best one.

So, through this article let us look at the top guitar brands in the world. 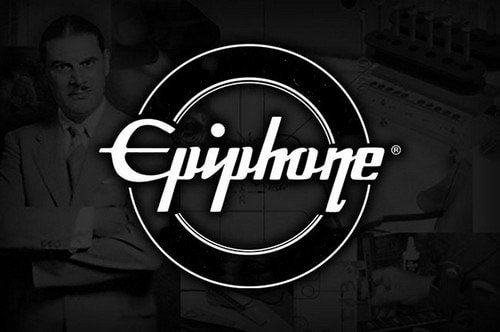 Epiphone is an American musical instrument industry that was established during the year 1873. The company is headquartered in Tennessee, United States. Epiphone designs acoustic and electric guitars. The best guitar brands produced by this company are perfect for beginners and professional players.

For the beginners, one from all the best guitar brands is Les Paul 100 and Les Paul Special II are the ideal acoustic best guitar brands for them. These guitars are available at a reasonable price. For professional’s guitar players, Les Paul Plus Top Pro or Les Paul Custom Pro is an ideal choice. The models of Epiphone offer the best quality coupled with multiple features. Epiphone is one of the best electric best guitar brands that are popular for producing quality instruments which is in the Gibson mold.

The company is the only guitar company that allowed using Gibson specs to produce Explorers, Les Pauls, Flying Vs, SGs, and other Gibson classics. This guitar brand is the best option for beginners and professional players and due to which Epiphone is considered the top guitar brand in the world. 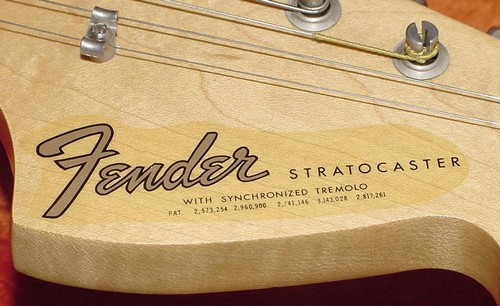 Fender musical instrument is the primary manufacturer of guitar, amplifiers, basses, and related instruments. Established during the year 1946, Fender has transformed the world of music. Right from beginners to hobbyists to professionals, people have used Fender instruments.

Fender created solid body electric guitar with Telecaster and then later moved on to acoustics. Fender presented a revolutionary new invention guitar, Precision Bass guitar. It plays like a guitar and had frets so as to be played with “precision,” and it could be amplified. The above two historic instruments had laid the foundation for a new kind of group and a great revolution in popular music which is known today as the modern rock combo.

Fender is considered the oldest guitars brands in the music industry. Many musical legends made use of the Fender guitars and attained grand success. The models Stratocaster and Telecaster are one of the top guitars that were manufactured by the company. Fender has many guitar patterns. As it has an extensive collection of guitars, it makes it easy for people to find the perfect model that suits them. It makes use of imported timber to enhance the overall sound quality of the guitar. As these guitars are available at a feasible price, Fender is a top guitar brand in the world. 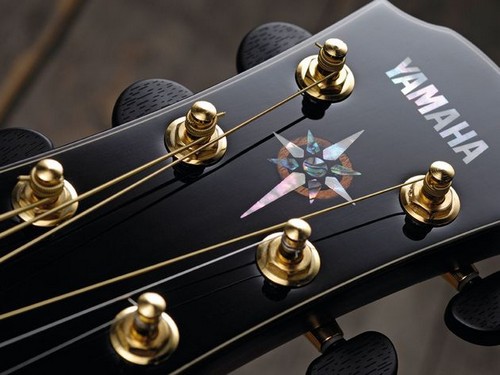 Also regarded as a top guitar brand in the world, Yamaha was established during the year 1887 in Japan. It is considered the world’s largest manufacturer of musical instruments and also a leading manufacturer of semiconductors, products related to audio/visual, computer related products, sports goods, machine tools etc.

Apart from offices and Japan, Yamaha Company has about 44 subsidiaries and representative offices across the world. Yamaha Music is a part of Yamaha Corporation that offers great musical instruments. Yamaha Music established during the year 2008 and is headquartered in Gurgaon, Haryana.  The company provides excellent products and services. The company innovates new products in music through its research and development. The company cares for its customers by providing a better service after sales that ensure positive growth. Their various products manufactured in the music category are strings, guitars, pianos, keyboards, drums etc.

The company’ products have a competitive pricing strategy and never compromises on quality. Due to their presence across, Yamaha is considered as one of the top guitar brands in the world. 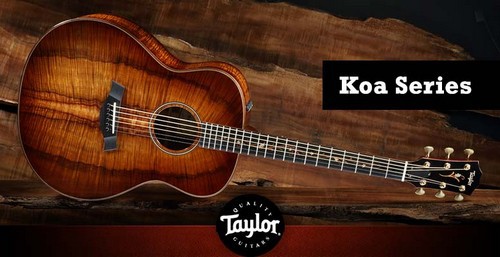 Also regarded as a top guitar brand, Taylor guitars were founded during the year 1974 by Bob Taylor and Kurt Listug. Taylor is an Amerian company that manufactures high-level acoustic guitars. The company also produces electric guitars but their acoustic guitars are popular that the electric ones.

Since its inception, the company has grown into a leading builder of superior acoustic guitars. The company is popular to blend modern and innovative manufacturing techniques with a master craftsman’s attention as well to produce great instruments. Taylor acoustic guitars are popular among the best-sounding ones in the world. The company is innovative in the use of computer, lasers and other high-end tools. Taylor 200 series is the best series available and all the models under this series provide a big sound and are available at reasonable cost. These models are small in size but still have its popularity.

Their guitar has an excellent tone quality and portability, due to which Taylor is considered as one of the top guitar brands in the world. 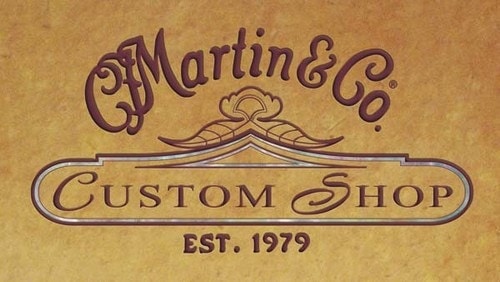 The guitars produced by the company are innovative and have a different look for the majority of their acoustic models. These guitars are pleasing for music players who like to play an acoustic guitar which has a feeling of an electric guitar. As the company has great models, Martin guitars are considered one of the top guitar brands in the world. 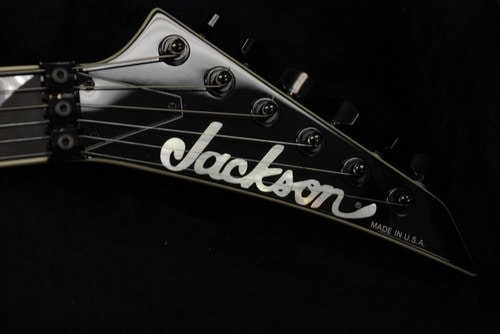 Also a top guitar brand, Jackson is a producer of electric guitar and electric bass guitars. It was established during the year 1980 and headquartered in Arizona, USA.

The brand is owned by Fender Musical Instruments Corporation and it has its manufacturing facilities in Mexico, USA, China, and Indonesia. Jackson guitar is popular among the metal players. During the early years, every metal player has a Jackson guitar in his hand. It is a practice even now. Metal players desire to make use of Jackson guitars instead of using other guitars. The top rated models of this brand are King V, Soloist, and Dinky. The Jackson model guitars are of high performance and sound.

Due to their solid looks and dominant sound performance, these guitars are preferred by metal players. Guitar players can easily find out the best Jackson guitar from their many guitars. Due to the vast collection of models in guitar, Jackson is considered a top guitar brand in the world. 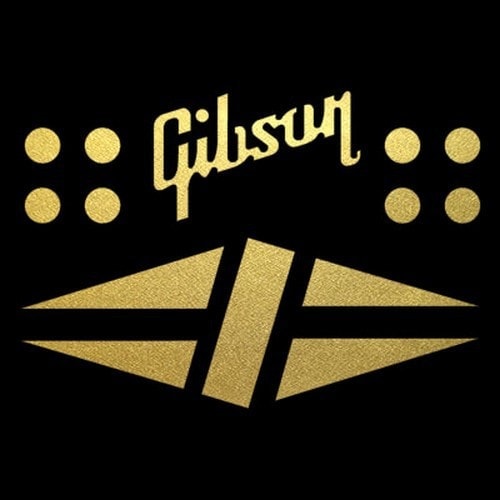 A popular American manufacturer of guitar, Gibson is a musical instrument industry that was established in the year 1902 and headquartered in Tennessee, United States. The company manufactures guitar and other musical instruments. Gibson was earlier known as Gibson Guitar Corp and was later retitled as Gibson Brands.

Gibson is one of the oldest and best guitar brands and has been in the industry for a long time and also ruled the music industry. The Gibson guitars are manufactured with high-quality wood that produces the tone to be more productive. Gibson’s guitars are available in multiple variations that permit the music players to pick the best one that is applicable to him/her. The guitar models that are manufactured by the company are ES-335 and SG.

The Gibson guitars are manufactured by high craftsmanship and satisfy the music players with their stunning performance. As these guitars produce the best sound from the electric guitar, Gibson is considered one of the top guitar brands in the world. 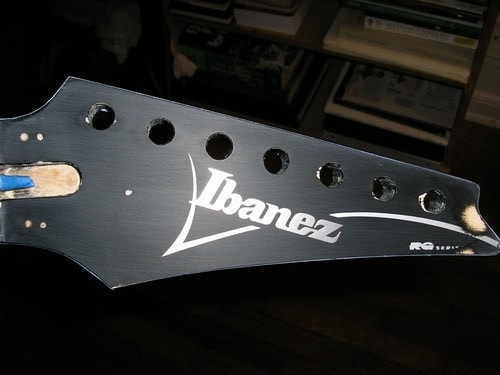 A popular Japanese guitar brand, Ibanez is a musical instrument manufacturing company. It was established during the year 1957 and headquartered in Aichi, Japan. The company manufactures electric, acoustic, resonator, and classical guitar. Apart from guitar it also manufactures amplifiers, Banjos, Mandolins, and Effects Units.

They have their production units in China, Japan, the United States, and Indonesia. At present Ibanez have about 165 models of bass guitars, 300 models of electric guitars, and 130 models of acoustic guitars. The company is popular for its bass guitar especially. Ibanez’s guitars are completely different from other brands with respect to looks as the company favors the classic look in comparison with the modern look.

Ever since its formation, the company offers unbelievable services to the music industry. Many of their models are being imprinted in the history that describes the performance of the guitar. Due to their quality in the products, Ibanez is considered one of the top guitar brands in the world. 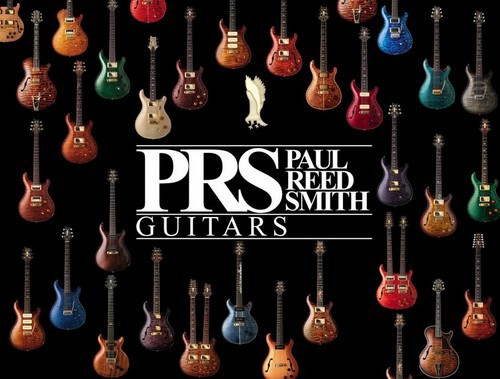 PRS guitars known as Paul Reed Smith Guitars are a popular musical instrument company that was established during the year 1985. The company is headquartered in Maryland, United States.

These guitars have been established a status for manufacturing high-end guitars. The main products produced by the company are electric and acoustic guitars and guitar amplifiers. The company’s guitar manufacturing process is an ongoing process of discovery. The company devotes to the rich heritage when they are committed to new technologies. Due to this, the products are enriched with great tone, beauty, and productivity.

The company targets on creating a positive change and also to refine the craft. Due to their great quality of the guitar, PRS guitar is considered a top guitar brand in the world. 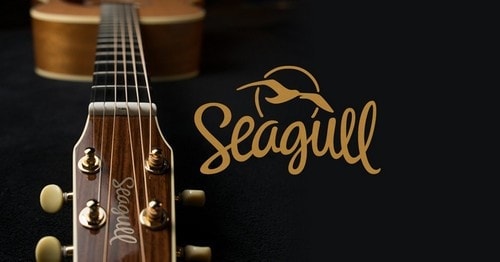 Also a top guitar brand, Seagull is a Canadian company that was established during the year 1982 and headquartered in Quebec, Canada. The company produces acoustic guitars.

This will add an arch at the top of the guitar to permit a thinner and a more casually braced top. The products of Seagull are available across the country. Due to their excellent products, Seagull is considered as one of the top guitar brands in the world.

These are many brands of guitar on the market which are designed with different models and with different sound capabilities. It allows the music players to select the best guitar according to their style and requirements.