The global industry for cereals is growing at a very fast pace. Statistics show that cereals are an all-time favorite amongst the health conscious people. Evolving eating habits, hectic lifestyle, product innovations, and the influence of western culture, effective marketing strategies and inclination towards healthy eating have been a major causative factor towards the popularity of this preferred item.

Best cereal brands are offering the customers a healthy alternative that also saves ample time in terms of convenient cereal products. Increase in disposable income of the middle-class segment of the society has resulted in a surge towards consumption of cereals instead of traditional food items. 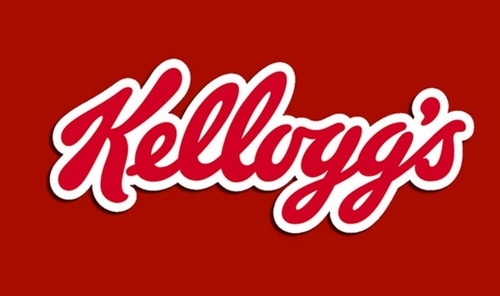 Kellogg’s occupies an estimated 30% of the total market share in the cereal industry with product variants like All-Bran, Chocos, Cinnamon Frosted Flakes, Peanut Butter Chocolate Protein Bites and Unicorn Cereal. The cereal brand was most popular amongst the children as it offered several prizes with the boxes as part of its promotional strategy.

Kellogg’s is an American origin company that was founded in the year 1906 by its founder Will Keith Kellogg. This public company has established manufacturing plants in eighteen countries so that it can spread its product reach to one hundred and eighty countries. It handles its operations via headquarters based at Michigan in the United States.

Kellogg’s is associated with the food processing industry as it deals in manufacturing of convenient food items and cereals. In order to meet the demands of customers, who are very clear in going for what they desire, Kellogg’s has introduced a portfolio of healthier options besides its regular products.

General Mills is an American origin company that was founded in the year 1856 by its co-founders James Ford Bell, John Crosby, and Cadwallader C Washburn. This public company of multinational status serves a worldwide area with help of headquarters based at Minnesota in the United States.

General Mills posted its revenues at US 15.620 billion dollars at the end of the fiscal year 2017. This iconic company has always believed in the power of celebrity endorsement. Earlier it introduced Betty Crocker, box-top coupons that could be redeemed easily for discounts. The company has also sponsored television series like The Bullwinkle Show and The Life and Legend of Wyatt Earp as part of its sponsorship deals. 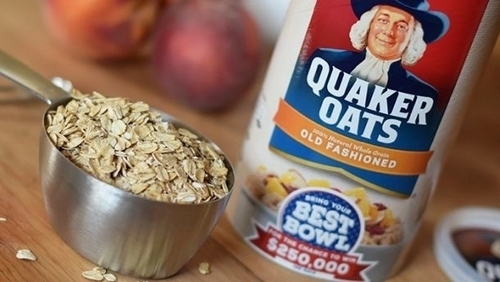 Quaker Oats is one of the most popular cereal brand in the world with a worldwide product reach. It has set up headquarters base at Chicago in the United States and occupies more than 6% of the total market share in the cereal industry.

Quaker Oats is an American origin company that was founded in the year 1877 by its founder Henry Parsons Crowell. It acts as a subsidiary of its parent company PepsiCo and has a subsidiary brand of its own Gatorade. 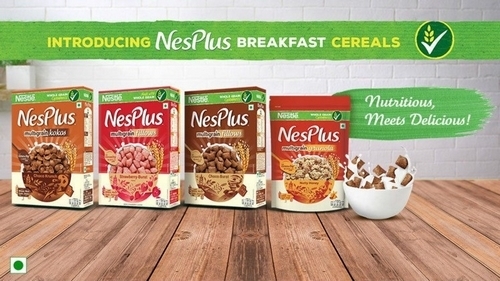 Nestle S.A. is a Swiss company that was founded in the year 1866 by its founder Henri Nestle. It has spread its product reach to include one hundred and eighty-nine countries in the world and handles all its operations with help of four hundred and forty-seven factories. The iconic company has based its headquarters at Vervey in Switzerland.

Nestle is assonated with food processing and beverage industry as it deals in manufacturing and marketing of cereals as well as several other food items. The product portfolio of this admired cereal brand includes Cookies Crisp, Fitness, Nesquik, Shredded Wheat, Cheerios, and Shreddies.

Nestle has entered into a 50-50 joint venture with General Mills via Cereal Partners Worldwide. It has been the recipient of several awards and recognition like “Global Food Industry” Award in the year 2010.

MOM Brands is an American origin company that was founded in the year 1919 by its founder John S Campbell. Since the year 2015, it has been acquired by its parent company Post Holdings. The company had a strong hold on America’s grocery stores that entails 70% of the total market share. It operates from headquarters based at Lakeville in the United States.

MOM Brands had entered into several sponsorship deals like “Make it with Malt-O-Meal State Fair Recipe Contest”. The company took one of its items Tootie Frooties and packaged it as Krusty-O’s as part of reverse-marketing for The Simpsons Movie. 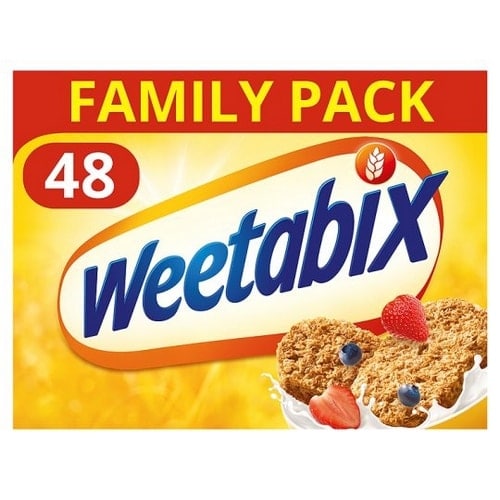 Weetabix Limited is a British company that was founded in the year 1932. It is a subsidiary of its parent company Post Holdings since the year 2017, July. This billion dollar company handles all its operations in the global arena from headquarters based at Burton Latimer in the United Kingdom.

Weetabix Limited is a private company associated with the food industry as it deals in manufacturing of cereals. Its comprehensive product portfolio includes breakfast cereals, snackimals snacks, puffins’ cereal, and breakfast cereals through several brands like Alpen, Crunchy Bran, Barbara’s Bakery and Weetabix.

As part of its promotional strategy, the cereal brand has launched a traffic light system on the cover of all its cereal packs to make the consumer aware of what he/she is eating in terms of calories, saturates, salt and sugar content. 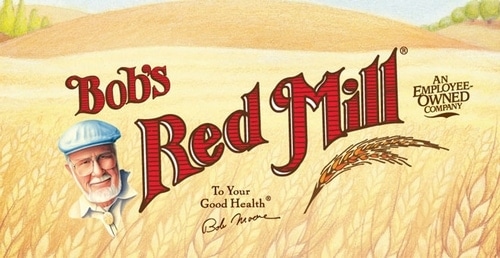 Bob’s Red Mill is an American origin company that was founded in the year 1978 by its co-founders Charlee and Bob Moore. It has opened its headquarters at Milwaukie in the United States to handle all its operations.

Bob’s Red Mill is associated with the food industry as it deals in manufacturing of whole-grain food items like cereals. Its products are marketed in the consumer market by Bob’s Red Mill Natural Foods, an employee-owned corporation. As part of its philanthropic activities, the company made a monetary donation of 5 million and 1 million US dollars to Oregon State University and local Naturopathic College respectively. 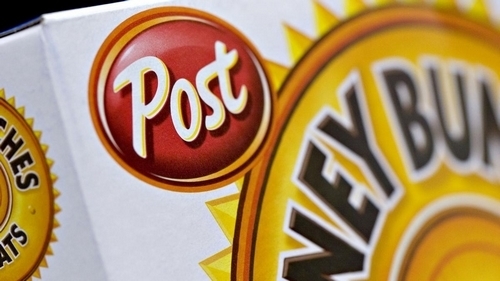 Post Holdings is an American based company that separated from its predecessor company Ralcorp Holdings in the year 2012. This public company has set up headquarters base at Brentwood in Missouri, the United States.

Post Holdings is associated with Food processing industry as it deals in manufacturing and marketing of private label and branded consumer packaged items like cereals.

Post Holdings is a market leader in the ready-to-eat cereal category with a comprehensive product portfolio. It includes well-known brands like Malt-O-Meal, Great Grains, Pebbles, Weetabix and Honey Bunches of Oats. 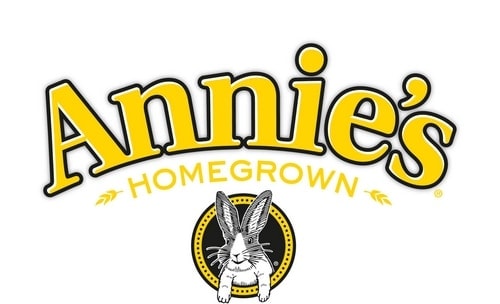 Annie’s Homegrown is an American origin company that was founded in the year 1989 by its co-founders Andrew Martin and Annie Withey. It operates as a subsidiary of its owner company General Mills and has set up headquarters base at Berkeley in California, the United States.

Annie Homegrown is associated with organic products industry as it deals in manufacturing of organic and natural meals and pasta that also include cereals. The comprehensive product portfolio of this top cereal brand includes items like Organic Frosted Oat Flakes Cereal, Organic Cocoa Bunnies Cereal, and Organic berry Bunnies Cereal.

As part of its CSR activities, Annie’s Homegrown has launched scholarship programs for students that are interested in studying regenerative agriculture. 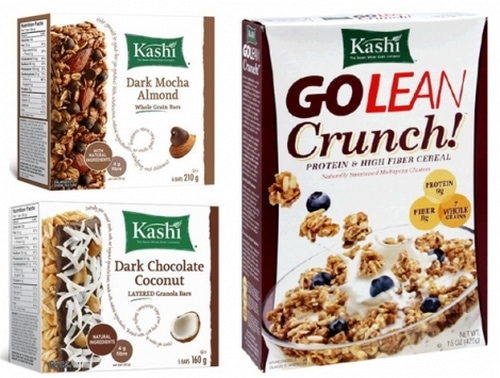 Kashi is a subsidiary brand of its parent company Kellogg’s. It was founded at San Diego in the year 1984 by its co-founders Gayle and Philip Tauber. The company markets its products primarily in Canada and United States and has set up headquarters base at Solana Beach in California, the United States.

Kashi is associated with the food industry as it deals in manufacturing of organic products and whole-grain cereals. The well-recognized company is connected with more than ninety products and its portfolio includes popular items like Kashi by Kids Cocoa Crisp Cereal, Kashi GOLEAN Peanut Butter Crunch Cereal, Kashi Organic Sweet Potato Sunshine Cereal, and Kashi by Kids Berry Crumb Cereal.

The brand name Kashi has been the recipient of several awards and recognitions like 2015 “100 Cleanest Packaged Foods” Award, 2015 “Best Foods for Men” Award and 2015 “Supermarket Star’s” Award. 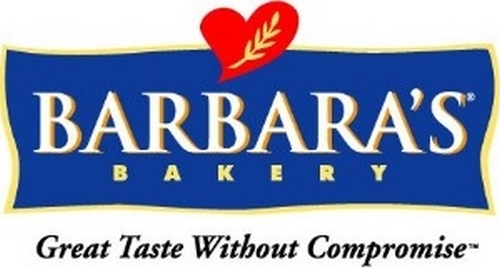 Barbara’s Bakery is one of the most popular and high profile cereal brand that believe in natural and healthy food items. As part of its CSR activities, the brand has made several monetary donations for the welfare of humanity via local and national non-profit organizations.

Barbara’s Bakery is a division of Weetabix Limited which in itself is a subsidiary of Post Holdings. It was founded in the year 1971 by its namesake Barbara Jaffe and has set up headquarters base at Petaluma in California, the United States.

Barbara’s Bakery is associated with the food industry as it deals in manufacturing of Snackimals Snacks and Puffins Cereal.