Bourbon whiskey is considered by many as a typical American product as it relates closely to its culture. It is a hot favorite amongst the spirit enthusiasts, critics, and connoisseurs because of golden-amber color, smooth texture, and balanced flavors.

Bourbon is a spirit that is distilled and created with help of fermented grain-mash and is aged in oak barrels. It is actually an array of distinctive flavors that is the result of a perfect fit between distillation methods, climate, equipment, and ingredients. Good bourbon must be aged between seven to twelve years so that its actual flavor and texture comes out beautifully.

Which are the Best Bourbons Brands ? 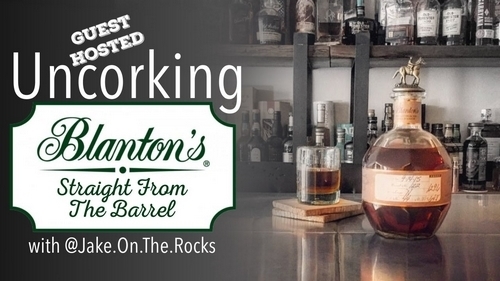 Blanton’s is a stand-alone and distinguished bourbon brands that has put its onus on creating something special.  It has been the recipient of several awards. “Original Single Barrel Bourbon” was awarded a gold medal consecutively from the years 1999 – 2004 at the ‘International Wine & Spirits Competition’.

Blanton’s is a Kentucky based brand that was launched in the year 1984 as a single barrel. It is distilled at Buffalo Trace Distillery in Frankfort and is marketed and manufactured by the Sazerac Company.

Blanton’s is associated with the beverage industry as it deals in bourbon whiskey. Its high-profile product portfolio includes Gold Edition, Special Reserve, Original Single Barrel, and Straight From The Barrel. 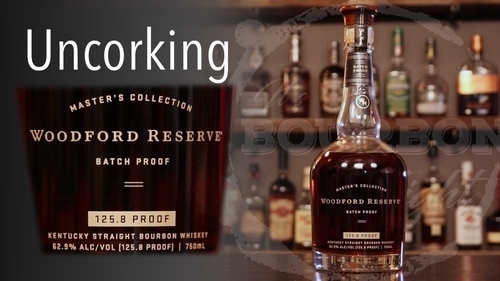 Woodford Reserve has been awarded double gold medal in the year 2013 and 2005 for its stellar performances at “San Francisco World Spirits Competition”. It has entered into a sponsorship deal with Churchill Downs and has been declared “Official Bourbon of the Kentucky Derby”.

Woodford Reserve is a Kentucky based American origin brand that is manufactured by Brown-Forman Corporation in Woodford Reserve Distillery. It was introduced in the consumer market in the year 1996.

Pappy Van Winkle is a cherished and rare brand that is synonymous with quality and high demand. At the San Francisco World Spirits Competition in the year 2014, the 20 Year Old was the recipient of a double gold medal and the “Spirit of the Year” award was given in the year 2010 to 23-Year-Old Pappy Van Winkle.

Pappy Van Winkle was founded in the year 1874 by its founder Julian Van Winkle Jr. It is manufactured by Sazerac Company and is bottled and distilled at Buffalo Trace Distillery in Kentucky.

Jim Beam is manufactured by Beam Suntory, a sub-brand of its parent company Suntory Holdings and distilled at Clermont in Kentucky. It was originally introduced in the year 1795 and has been handled by seven generations of the family. The products of this iconic company are available in nearly two hundred countries with Australia, Germany and United States as its primary consumers. 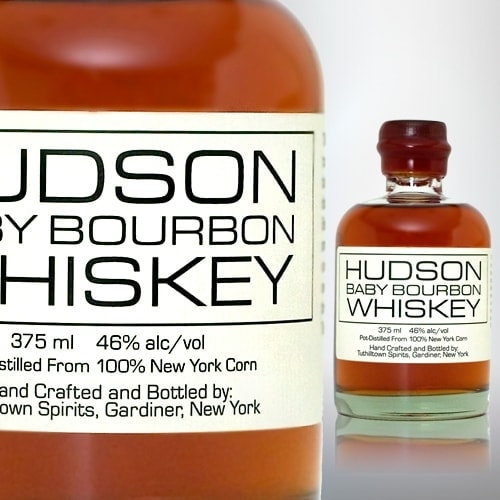 Hudson Baby Bourbon is produced and bottled by Tuthilltown Spirits and has the distinction of being the first bourbon brand since prohibition in New York.

Hudson Baby Bourbon as the name suggests is a bourbon whiskey brand that is stored in charred and new oak barrels. This deep-amber color smooth, woody and smoky spirit has light sweetness, great flavor, warm finish, and a refined taste. 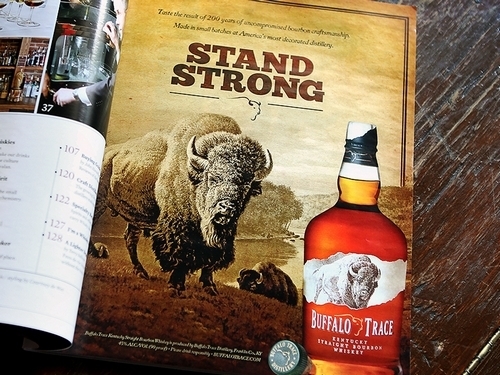 Buffalo Trace Distillery as the name suggests is the name of a prominent and one of the oldest distilleries situated in Kentucky and built in the year 1792. It is currently owned by the world-renowned Sazerac Company.

Buffalo Trace bourbon whiskey has the aroma of molasses, mint, and vanilla with a sweet taste and notes of spice and brown sugar. This smooth whiskey has been the recipient of a gold medal each in the year 2018 at both events The American Whiskey Masters and New York International Spirits Competition. 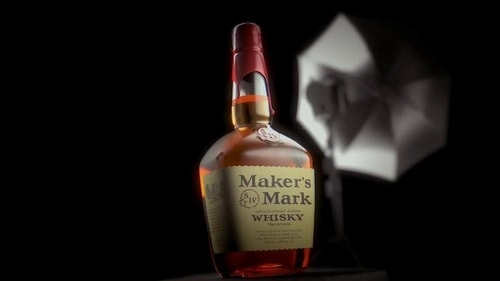 Maker’s Mark was introduced in the year 1958 by its founder Bill Samuels Sr. and is currently produced by its parent company Beam Suntory in Loretto at Kentucky. The products are sold in square bottles and are sealed with red wax that gives the bottles a distinctive look of its own.

Maker’s Mark has been the recipient of 90-95 score in the year 2007 from wine enthusiasts and a gold medal in the year 2010 at San Francisco World Spirit Ratings Competition. The brand was also awarded “Impact Hot Brand” and “Established Growth Brand Awards” in the year 2012. 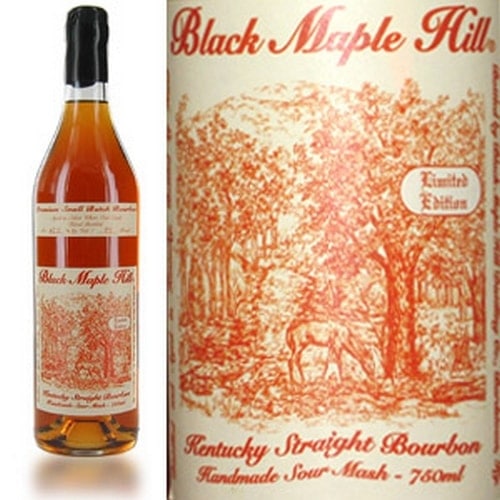 Black Maple Hill has been described as a rare and mysterious bourbon brand and has earned a cult status since its entry into the beverage industry.

Black Maple Hill is a smooth, full-bodied and well-crafted bourbon whiskey with a lasting spice finish. It was introduced in the year 2000 and is currently produced by CVI Brands and distilled at Oregon.

Booker’s was introduced in the year 1988 and is currently owned by its owner company Beam Suntory, which in itself is a subsidiary company of its parent company Suntory Holdings. It is manufactured at Jim Beam Distillery and is aged for six to eight years.

Booker’s has been able to carve a niche place for itself amongst the connoisseurs and enthusiastic drinkers.  It has received a 95 rating score in the year 2014 from “Wine Enthusiast Magazine” and Booker’s Rye was awarded “World Whiskey of the Year” in 2017.

Knob Creek was introduced in the year 1992 and is currently manufactured at Jim Beam Distillery located in Clermont at Kentucky by Beam Suntory. It has been the recipient of Best Bourbon Award in the year 2015 and was given 90-95 score ratings in the year 2005 by Wine Enthusiast Magazine.

Knob Creek is a small-batch brand of bourbon that has targeted premium market for its high-end products. It is available in rectangle shaped bottle with a corked top that is sealed by wax at the top. The full-bodied whiskey has a golden-brown color and woody, sweet and rich taste. 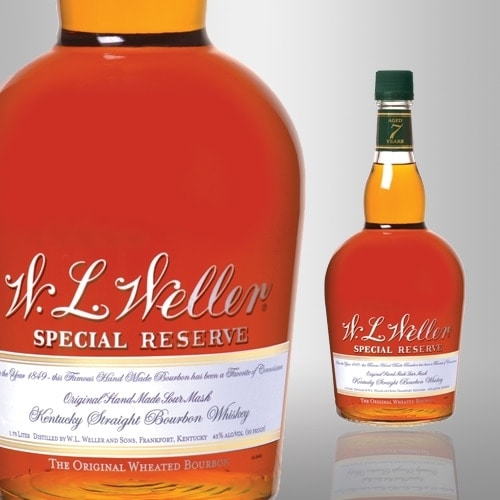 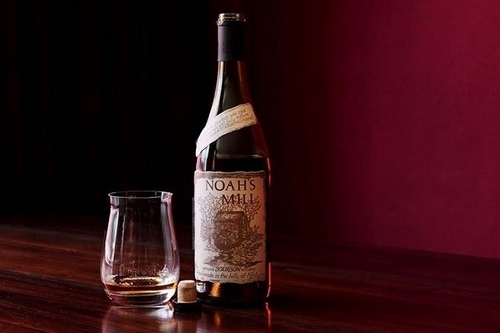 Noah’s Mill is manufactured by Kentucky Bourbon Distillers in Bardstown at Kentucky. It is small-batch bourbon that is hand-crafted and hand-bottled.

Noah’s Mill was introduced in the consumer market as one of the finest bourbon whiskey brands. It boasts of 114.3 Proof, 57.15% alcohol content and is aged in charred barrels of oak. Earlier it was aged for 15 years but the currently available products do not specify its age limit.

Noah’s Mill has been the recipient of several awards and recognition in the beverage industry. It earned a gold medal at San Francisco World Spirits Competition in the year 2005.

Old Crow is a budget bourbon brand that has targeted the consumer market to increase its customer base. It is one of the oldest brands that have been associated with the manufacturing of bourbons. Old Crow has been a favorite amongst several famous personalities like Ulysses S Grant, 18th President of United States and General Jubal Early.

The Kentucky origin brand Old Crow was introduced in the year 1835 and was named after Dr. James C. Crow. It is currently manufactured by its parent company Beam Suntory.

Old Crow is a bourbon straight whiskey brand that includes 43% alcohol content. Its products are aged for at least three years in barrels and show 80 Proof, whereas Old Crow Reserve is aged for four years with 86 Proofs. 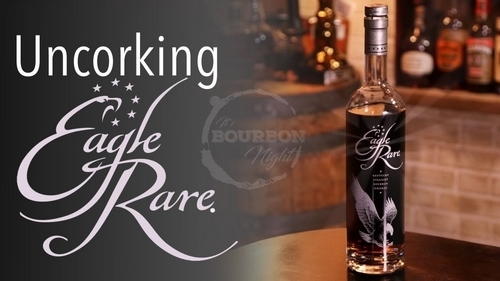 Eagle Rare is a popular bourbon brand that was introduced in the year 1975. It is manufactured, marketed and distilled by Buffalo Trace Distillery at Frankfort in Kentucky.

Eagle Rare deals in bourbon whiskey and has 45% alcohol content with 90 Proof. It is aged in accordance with its variety and it may vary between 17 years or 10 years. 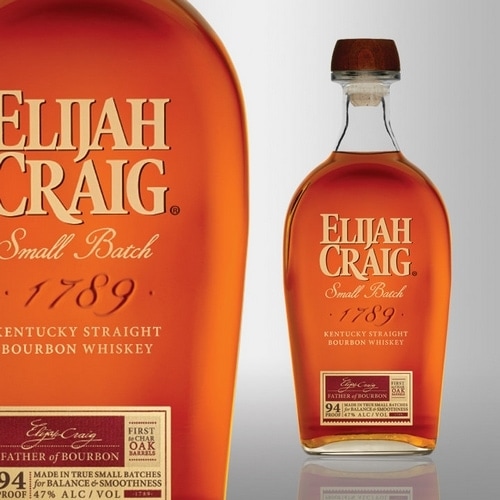 Elijah Craig was introduced in the year 1986 and is currently produced by its parent company Heaven Hill Distilleries. It manufactures its products at Heaven Hill Bernheim distillery in Louisville at Kentucky and has set up headquarters base at Bardstown in Kentucky. 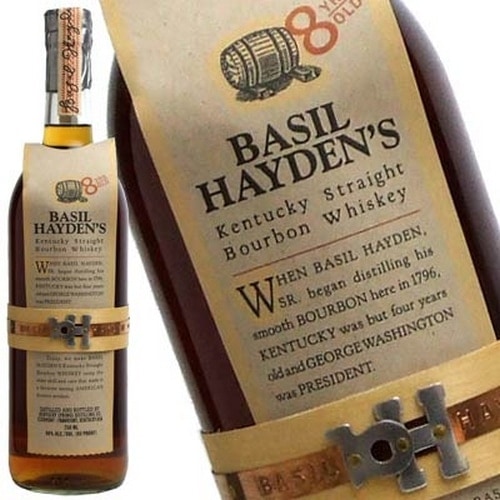 Basil Hayden’s is a small-batch bourbon brand that was introduced in the year 1992. It is produced under the ownership of Beam Suntory and is named for its distiller and founder Meredith Basil Hayden Sr.

Basil Hayden’s is associated with the beverage industry as it deals in bourbon whiskey.  It is a light-bodied spirit that is aged for 8 years and has a smooth finish and buttery flavor.

Bulleit may be a newcomer in the world of straight bourbon whiskey, but it has been able to create a special place for itself in such a short time period. It has a wide market in the United States, Germany, Sweden, the United Kingdom, and Australia.

Bulleit is an American origin brand that was introduced in the consumer market in the year 1999. It is manufactured at Kirin Brewing Company Four Roses Distillery that is located in Lawrenceburg at Kentucky for the well-known beverage corporation Diageo. 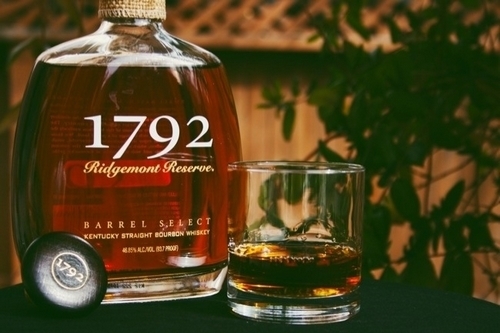 1792 was introduced in the year 2002 and within a short time span has become a favorite of liquor market. At the onset, the products were sold under labels Ridgewood Reserve 1792 and later 1792 Ridgewood Reserve. Later it became 1792 Bourbon.

It is manufactured by Barton 1792 Distillery located in Bardstown at Kentucky. In the year 2009, the ownership of this company changed hands and came under the new owners Sazerac Company.

1792 is associated with beverage industry as it deals in small-batch bourbon straight whiskey of Kentucky origin. It is a premium bourbon brand and has targeted high-end consumers as its target customers. 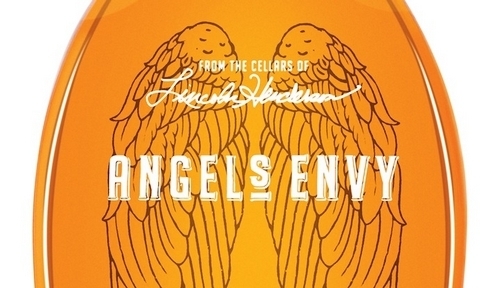 Angel’s Envy was introduced by Lincoln Henderson and is produced by Louisville Distilling Company. It is currently owned by its parent company Bacardi. “Angel’s Envy Cask Strength” was awarded “Best Spirit in the World” Award by Spirit Journal.

Angel’s Envy has been described as a super premium whiskey bourbon brand that is blended in batches ranging from eight to nearly twelve barrels. All its three expressions cask-strength, rye, and bourbon are developed naturally so as to create individual nuances year to year. 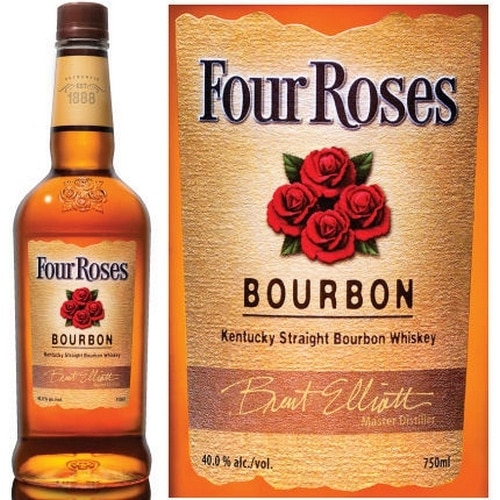 Four Roses have a widespread product reach in several countries that include places like Japan, the United States, and Europe its best markets. The brand organizes tours at its distillery for interested parties and to increase brand awareness amongst its patrons.

Four Roses is a highly acclaimed brand name that was introduced in the year 1888. It is a Kentucky origin brand owned by its parent company Kirin Brewery Company. Currently, its master distiller is Brent Elliot and the product is manufactured at Lawrenceburg distillery at Kentucky.

Thank you for reading our article about bourbon brand and whiskey brands.

Leave a comment and let us know your fav. whiskey