Gin is one of the popular alcoholic beverages that have been able to hold its own in the diversified liquor industry. A common question can be asked that which are the top Gin brands or the Best gin brands? We have the answer to that question.

Several brands have been tried and tested by connoisseurs and have become consumer favourites over the years. There are varieties of classic gin or dry gin if you prefer it or a good bottle that can be counted for an excellent cocktail to make your day.

Gin is known for its diversity because each of the bottles boasts of being unique. The majority of the bottles has its signature ingredient pine flavour still no two bottles taste the same because of different proofs and profiles. The beverage has an array of flavours which can transform your drink to another level. Gin has become a popular beverage and is flowing extensively once again.

Distilleries all over the world are trying to capture the individual character of their signature flavours to make a place in the hearts of gin lovers. Go through the list of the top gin brands in the world so that you can have a fair idea about which one to choose the next time you are sitting in a bar. 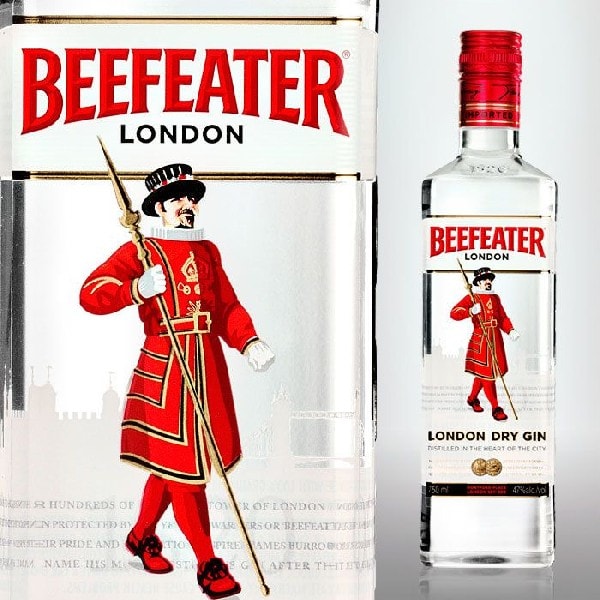 Beefeater Gin is one of the biggest names in the beverage industry and is renowned as the top gin brands in the world. The brand was introduced in the year 1876 and currently is manufactured by James Burrough Ltd and owned by Pernod Ricard. Beefeater Gin is a 47% alcohol and is distilled from 100% grain spirit. The products are readily available at bar and liquor stores.

Also Read  Top 11 Brands of Green Tea in the World

Beefeater has a classic flavour of dry gin with juniper-forward and nine botanical blends. It guarantees a good cocktail and a standard bottle is easily affordable at just 22 dollars.  The well-known brand offers its fans special bottling from time to time. These are nice upgrades and a hit amongst gin lovers. Some of its products in the portfolio are

Tanqueray is associated with the alcoholic beverage industry as it deals in gin. The renowned brand was introduced in the year 1830 in England but has shifted its base and is produced in Scotland. Tanqueray is manufactured and marketed in the world market by Diageo plc. In the year 2016, it had the distinction of replacing Beefeater to become the number one seller of gin in the world with a sales volume of three million nine-litter cases that were sold. Currently, its largest market in the United States followed by Southern Europe.

Tanqueray is one of the top gin brands in the world and is recognised as the best London dry gin. It is made by double-distilling grain and specially selected botanicals that are added during the second distillation. The diversified product portfolio of the brand includes

A veritable new entrant in the market Hendrick’s Gin was introduced in the year 1999 in Scotland. It is produced by William Grant & Sons at the Girvan distillery. Hendrick’s gin is bottled in an apothecary style bottle which is dark brown. It uses a blend of spirits derived from Carter-Head Still and infusion of juniper along with cucumber and Bulgarian Rose for flavours. Its alcohol by volume is 44% and shows a transparent colour.

Hendrick’s suggest that consumer serve the gin with tonic water over ice and garnish it with cucumber and not the traditional citrus that has been used till date. The gin can also be mixed with elderflower and soda water for maximum effect.

The brand has several awards to its name like Best Gin in the World in the year 2003, two double gold, three silver medals and two gold between the year 2005 at 2012 at San Francisco World Spirits Competition. The product portfolio of Hendrick’s include 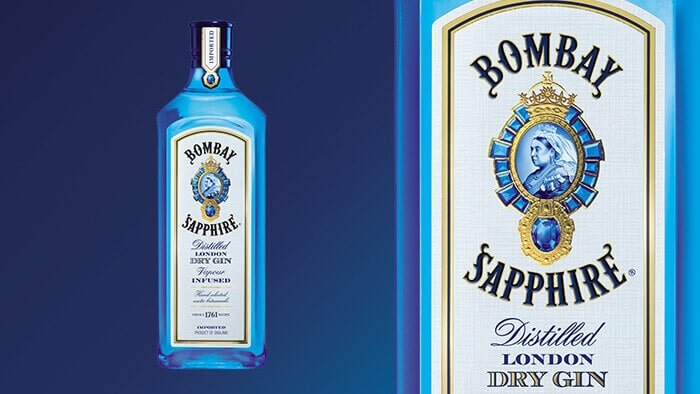 Bombay Sapphire was introduced in the year 1986 by IDV, a British wine merchant. In the year 1997, it was sold to the new owner Bacardi. The renowned Bombay Sapphire is one of the top gin brands in the world and is bottled in a sapphire coloured bottle with Queen Victoria’s picture on it.

Bombay Sapphire has a transparent colour, and its alcohol by volume is 40%. The flavours are derived from a blend of ten ingredients. The manufacturing process is lengthy and is adopted to give the spirit a floral and lighter taste. The product portfolio of this popular gin includes 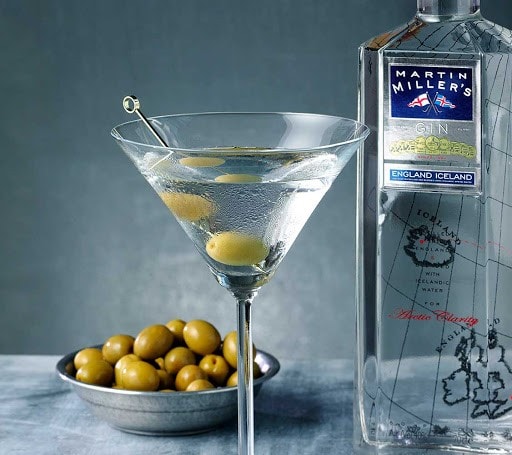 Martin Miller is a new name in the gin industry as it was launched in the year 1999. Within such a short period, it has become one of the top gin brands in the world. The brand is simply a modern version of the traditional spirit. It dominates juniper and is considered clean, crisp and balanced drink.

Martin Miller produces a double-distilled gin which is finished with Icelandic glacial water. Its alcohol by consumption is at 40%. The brand has won several awards and medals for excellence at San Francisco World Spirits Competition and IWSC.  Its product portfolio includes 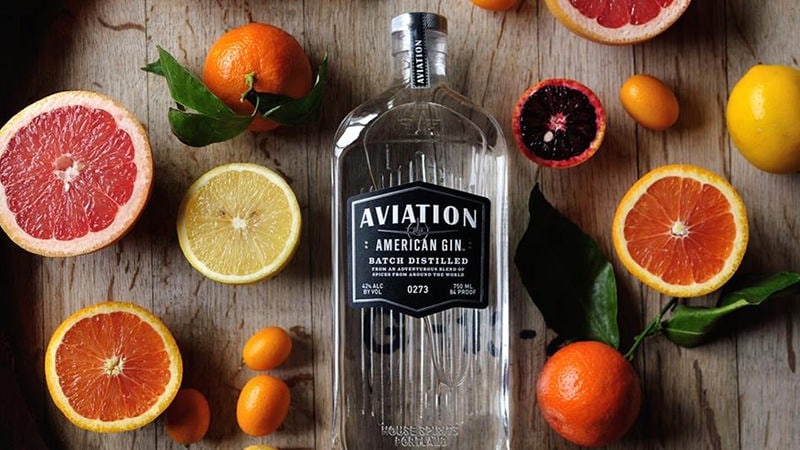 Aviation is a top gin brand that was introduced in the year 2006 in Portland in the United States. Its co-founders were Ryan Magarian and Christian Krogstad and produced by House Spirits Distillery. The distiller remains the same in the current scenario, although Davos Brands LLC currently owns it.

Aviation Gin is pot -distilled twice and bottled at 42% alcohol by volume. Its product presence has spread to the whole of the United States and fifteen other countries in the world. It is currently bottled in a flask-type bottle with a silver cap and black label. Its product portfolio includes 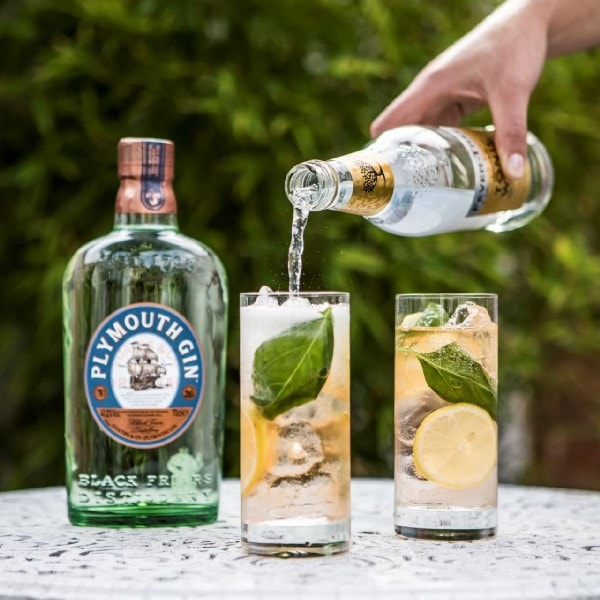 Plymouth is one of the top gin brands in the world that was introduced in the year 1793. Black Friars Distillery produces it in Plymouth. Currently, the brand is owned and its products distributed by French Spirits Company Pernod Ricard.

Plymouth Boasts of alcohol by volume of 41.2% and is slightly drier than the traditional gin. The herbal mixture has angelica roots, lemon peel and juniper content that results in a flavoured spirit loved by one and all. Its product portfolio includes

Gordon’s is a top gin brand that was first introduced in the year 1769 in the United Kingdom. The gin for the first time was developed by Alexander Gordon hence its name at a distillery in Southwark area in the year 1769. Currently, it is owned by the British company Diageo and is distilled at Cameron Bridge Distillery in Fife, Scotland. Now, the top market of this renowned brand in the United Kingdom, Greece and the United States

Gordon’s has been judged as the best selling gin brand in the United Kingdom since the later part of the nineteenth century. It has an alcohol by volume of 37.2% – 47.3%. In the year 1925, Gordon’s was offered a royal warrant by King George V, which made the brand more famous in the eyes of the consumers.

The bottle top and label of every gin bottle has a wild boar which has become its trademark. The gin is triple distilled and is sold in green coloured glass bottles in different strengths as per the requirement of that market. Its product portfolio includes 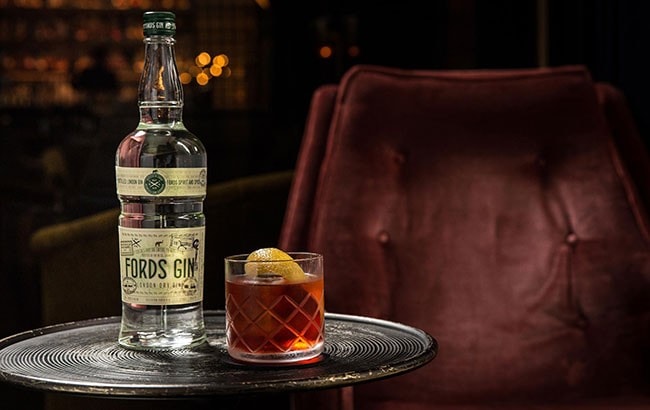 Fords gin has been in existence since the year 2012 when Simon Ford founded the 86 Co. It was made with Charles Maxwell who was the master distiller at Thames Distillers in London. Fords gin is a flavoursome drink at 45% alcohol by volume.

Fords gin is a classically styled spirit on the nose with juniper and just a hint of citrus. It is a drink for both gin drinkers and cocktail connoisseurs. The product portfolio of this brand includes 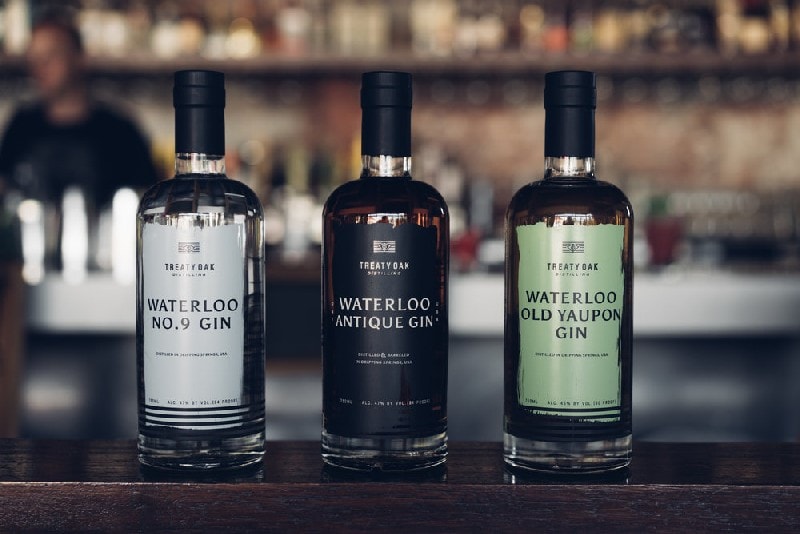 Treaty oak is one of the top gin brands founded in the year 2006 by its founder Daniel Barnes. The distillery has been the home of various spirits like rum and then vodka before settling in for gin for the last several years.

The Texas distiller offers craft gin which comes with a reasonable price tag. It has the aroma of pine that includes a bold flavour of menthol blended with anise, raw fennel and citrus peel. The products in its kit include 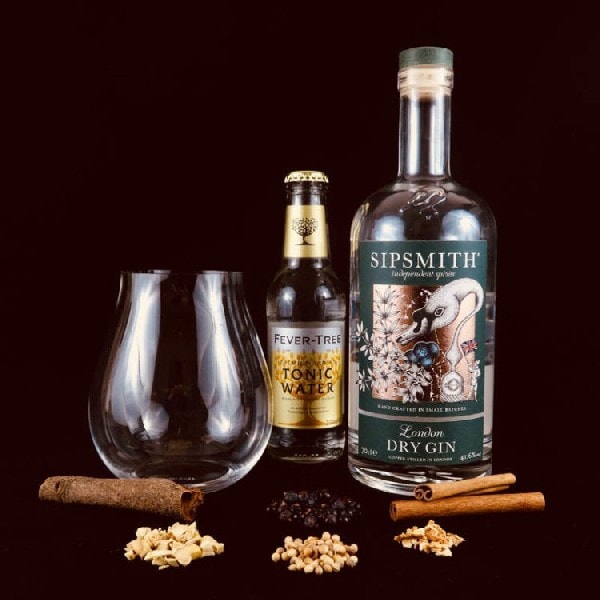 Sipsmith is a copper-pot distillery, first of its kind located in London. It was found in the year 2009 and is associated with the distilled beverage industry. The brand works as a subsidiary of its parent company Beam Suntory and deals in gin as well as vodka.

Sipsmith’s claim to fame is its dry gin that is flavoured with juniper, ground almond, cassia bark and orris root. Its product portfolio includes

Also Read  Top Direct selling companies in the World in 2021 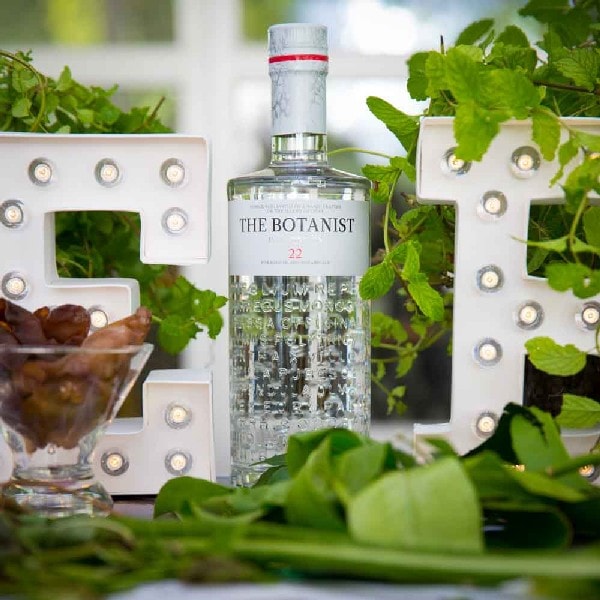 The Botanist is one of the top gin brands made at Bruichladdich distillery. It was introduced in the year 2011 and is manufactured by Bruichladdich. The brand uses twenty-two hand-foraged and nine core-gin botanicals in its making to create a balance between dry and floral pine. The double infusion gives the gin a distinctive flavour that is appreciated by the gin lovers.

The Botanist Gin has a transparent colour and alcohol by volume of 46%. Its product portfolio includes

The origin of gin is credited to Holland, but it has always been intricately linked to the shores of the United Kingdom who has a long-standing history with the spirit. There are an estimated six thousand gins in production in the world market. The popularity of gin is no longer confined to the UK as there are several places like Spain and Philippines who have become leaders of the pack.  Gin has undoubtedly found its place in the world because of worldwide acceptance amongst beverage lovers.

Thank you for reading our article about best gin brands .