Whiskey is a distilled beverage with alcoholic content that is made with the help of fermented grain mash. It is one of the most popular and preferred drinks in the world as enthusiast would rather own a century-old bottle than any other valuable commodity.

For the true lovers, it is the rarest of the drink, and if you look at the history books, you will find that during the 18th century it was a currency for conducting business transactions in parts of United States of America.

It is a fact that whiskey has managed to make a niche place for itself in the consumer market as it is one of the most expensive, oldest, and valuable drinks in the world.

You hear about several most expensive whiskies in the world, but in most cases, the incredible prices are not about the content but the bottle in which the alcoholic beverage is filled.

Expensive metals and precious gemstones are used in creating these decanters, and they manage to gain the attention of whiskey lovers and collectors alike. This results in a bidding war that escalates and fetches a considerable amount of prices at auctions. 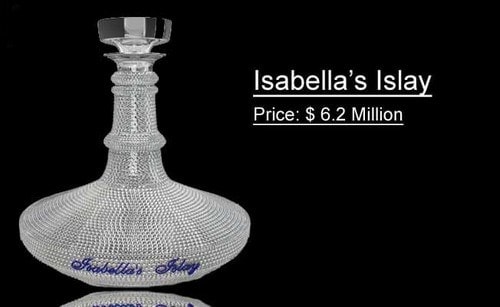 At an estimated price tag of 6.2 million US dollars, Isabella’s Islay is one of the most expensive whiskies in the world. It is manufactured at the Island of Islay hence the name. The brand gives you the option of customizing the bottle and writing the owner’s name on it.

Also Read  15 Most Expensive Clothing Brands in the World

Isabella’s Islay is one of the finest whiskeys you will ever taste. It is made of the quality and rare ingredients. The single malt Islay Scotch Whiskey is 30-years-old and an incredible expression of Islay dram.

The bottle is a combination of artistic talent and superb craftsmanship, making it one of the best-designed beverage bottles in the world. It is filled with the exquisite and most expensive whisky, which is as rare as the beverage.

The decanter was made in the year 2010 and is studded with three hundred rubies and eight thousand five hundred diamonds. The stopper is made from expensive white gold and the peak with the finest English crystal. It is one of the most coveted whiskeys in the world. 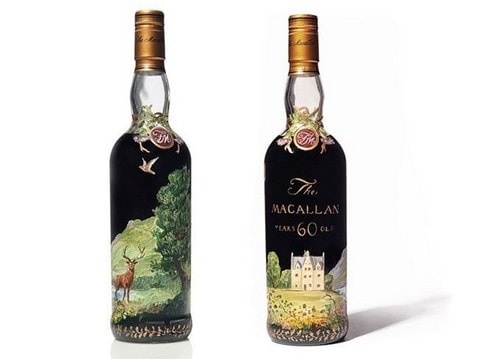 The Macallan 1926 60-year-old was sold at a staggering amount of 1.5 million US dollars breaking most previous records of the most expensive whisky in the world.

At Finest & Rarest Wines & Spirits auction organized by Christie in London, the premium bottle was sold on 29th November 2018. The Macallan 1926 60-year-old was part of the twenty-four bottle limited edition series. Half of them were designed by Valerio Adami and the other half by Peter Blake.

The ultra-rare beverage was distilled in the year 1926 and after sixty years bottled in the year 1986. It was aged for six decades in ex-sherry casks in the Macallan distillery in Scotland. The most expensive whisky was filled in a unique bottle that was hand painted by renowned Irish origin artist Michael Dillon.

It was one of its kinds because there is only one hand-painted Dillon bottle in the world. The makers of the whiskey guarantee an unusual experience to the person who drinks the whiskey.

According to their estimate, the flavors will be entirely concentrated with several aromas, and every sip will taste and smell unique and different. 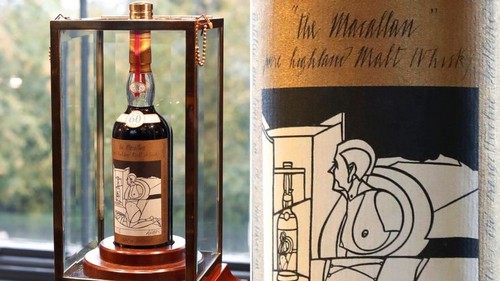 The credit for the most expensive whisky bottle in the world goes to The Macallan Valerio Adami 1926 60-year-old. It fetched a whopping 1.1 million US dollars when it came under the hammer at Bonham’s whiskey sale in Edinburg, Scotland in October 2018.

The bottle was part of a limited edition series as only twenty-four bottles were ever released by the brand amongst which twelve were by Valerio Adami. The bottle is placed in a special cabinet to maintain its exclusivity. It was purchased directly from the Macallan distillery in the year 1994.

One of the rarest beverage The Macallan Valerio Adami 1926 60-year-old was distilled in the year 1926 and bottled after sixty years in the year 1986, making it a very valuable and cherished beverage.

The whiskey is said to be exceptional as it is considered a unique blend of vintage and rarity.

The most expensive whisky bottle was designed and crafted by the well-known artist Valerio Adami, hence his name on the bottle.

The Macallan M at an estimated price tag of 628,205 US dollars is one of the most expensive whiskies in the world. It is a single bottle of 6-litre that is filled with superb and sophisticated whiskey.

The beautifully designed bottle is the result of a collaboration between designer Fabien Baron, Lalique crystal and brand Macmillan.

It is made from handcrafted crystal and took seventeen artisans to create the bottle. It has a crystal stopper and is later placed in a deluxe box so that it looks awesome and unique.

The Macallan M single-malt is an intense spirit that is aged in Spanish oak casks for seventy years. It is enriched with raisin flavor, and you can feel the fruity overtones and subtle taste of leather, violet, apple, cedar, and lemon.

The most expensive whisky has an ABV of 44.7%. This single bottle was sold at an auction in Hong Kong.

Also Read  15 Most Expensive Chocolates in the World 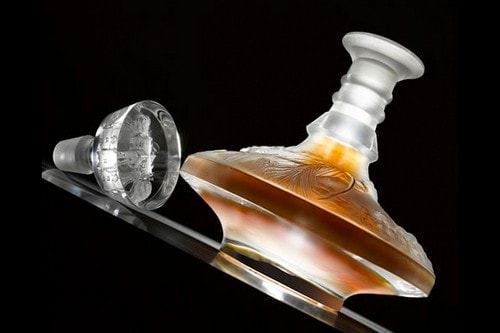 The Macallan 64 in Lalique Cire Perdue was sold at an auction organized by Sotheby’s in New York in the year 2010. At an estimated price tag of 460,000 US dollars, it is one of the most expensive whiskies in the world.

The brand was able to register the whiskey in the Guinness Book of World Records as it was the most expensive whisky at that time.

The proceeds have been donated to Charity: Water, an organization that works for clean water.

Macallan 64 in Lalique Cire Perdue is a 64-year-old single malt whiskey from the Speyside distillery. The premium quality and aged whiskey were created by blending the beverage from three Spanish oak casks of years 1946, 1945 and 1942.

It is a complex beverage because of its unique combinations and subtle dark chocolate notes. The crystal decanter in the floral pattern has been handcrafted via cire perdue method and is considered exceptional, artistic, and expensive. 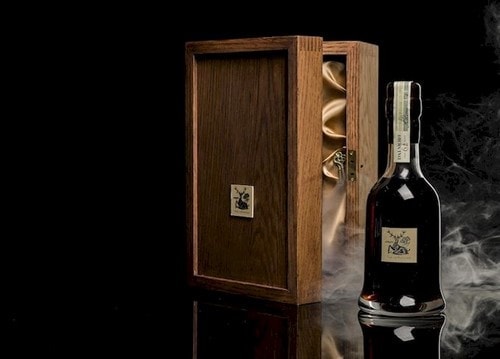 Dalmore 62 at a price value of 250,000 Singapore dollars or 192,000 US dollars is one of the most expensive whiskies in the world. It was sold at Changi Airport and created history.

Dalmore 62 Single Highland Malt Scotch Matheson has been created by blending four whiskeys of single malt from the Scottish Highlands of years 1939, 1926, 1876 and 1868. It is said to be a century old whiskey and is very rare and unique.

Also Read  10 Most Expensive Fish in the world

The beautiful decanter is handcrafted from crystal and platinum. The wooden mold that created the decanter, which was to house the beverage took one hundred hours of hard labor.

Dalmore 64 Trinitas has been sold at a price tag of 160,000 US dollars, making it one of the most expensive whiskies in the world. It is part of a limited edition series as the company had released only three bottles and only one was available for sale.

This was a single malt whiskey, and the nose includes different flavors like Columbian coffee, bitter orange, crushed walnut and sweet raisin with subtle notes of sandalwood, white musk, patchouli, and grapefruit.

After the initial taste, you will get a hint of mangoes, figs and caramelized apples and finish of roast coffee, treacle toffee, marzipan, and soft licorice. This is a complex alcoholic beverage.

In the year 2012, a bottle of Glenfiddich Janet Sheed Roberts Reserve 1955 was sold at an auction at New York in the United States. At a price tag of 94,000 US dollars, it is one of the most expensive whiskies in the world.

It is a part of limited edition series as the brand manufactured fifteen bottles but released only eleven of them in the market. The name Janet Sheed was added to the label as she was the granddaughter of William Grant, the founder of Glenfiddich.

One of the most expensive whiskies Glenfiddich Janet Sheed Roberts Reserve 1955 is a rare beverage with a heavenly flavor of woody-oak and hints of heather, hay, pear, and barley. The light and smooth Scotch whiskey have a faintly spicy finish with a touch of cured-meat and nutmeg. 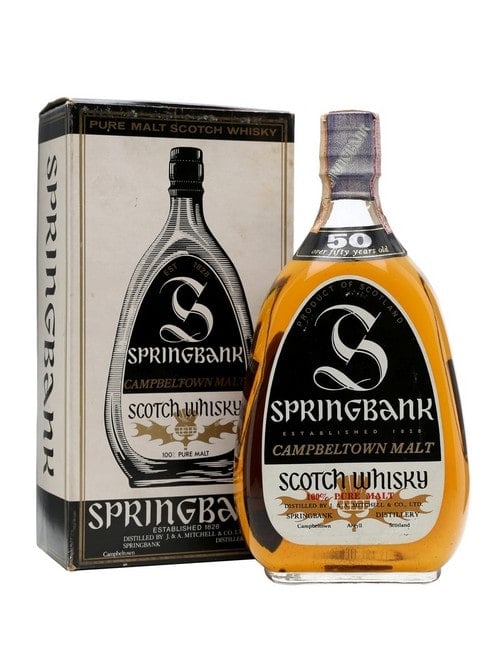 Also Read  13 Type of Most Expensive Coffee in the World

Springbank 1919 is a popular single malt Scotch whiskey that has a niche market of its own. This distillery bottled beverage is part of 1919 vintage and was bottled in the year 1970.

The whiskey was created via traditional methods of production and hence is very valuable. It is also a limited edition unit as the brand released only twenty-four bottles. 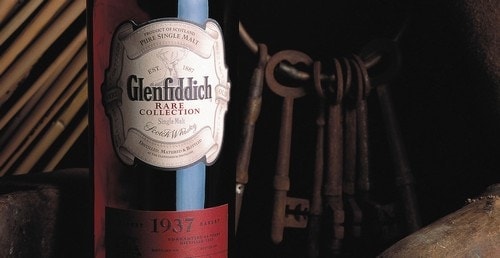 A rare bottle of Glenfiddich 1937 was sold at Bonhams whiskey sale in Edinburg and fetched a price of 71,000 US dollars. It is one of the most expensive whiskeys in the world.

In the year 2012 auction house Christie sold one bottle for 46,000 Pounds. The rare expression is part of a limited edition series as the company has released only sixty-one bottles in the market.

Glenfiddich 1937 is a single malt whiskey that was distilled with the help of traditional methods and later aged in cask 843 in the year 1937 at Glenfiddich distillery in Speyside. The valuable whiskey features rich notes of chocolate, molasses, oak, burnt heather, and cedar.

The whiskey has a deep-walnut color with traces of toffee, cloves, and cinnamon. This premium vintage was from a cask that was made in the year 1937 hence the label on the bottle Glenfiddich 1937. It was bottled sixty-four years later in the year 2001 and had an ABV of 40%. 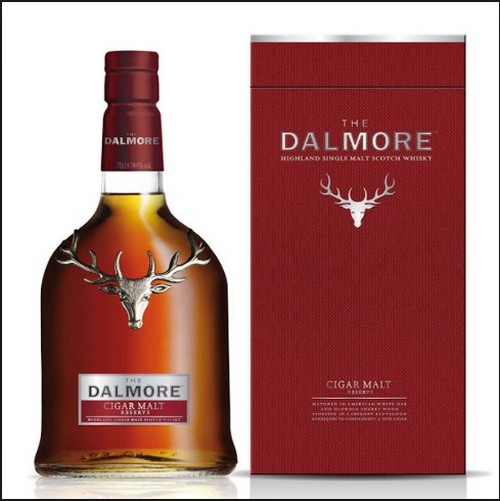 Dalmore 62 Single Highland Malt Scotch Matheson at a price value of 58,000 US dollars is one of the most expensive whiskeys in the world.

It is part of a limited edition series as the company has released only twelve bottles. This particular bottle was named after the owner of the estate Alexander Matheson and is the most expensive whisky.

The most expensive whisky Dalmore 62 Single Highland Malt Scotch Matheson 1942 was released in the year 1942 as the label suggests.

Also Read  The 13 Most Expensive Hotels in the World

It is a single malt highland whiskey that has been created by blending four whiskeys of different years. This is a premium alcoholic bold beverage and in great demand because of its rarity and taste.

The demand for alcoholic beverages have always been a constant, but in recent years, whiskey has managed to topple other beverages to occupy a firm position on the top as the preferred drink of alcoholic lovers.

A premium bottle of whiskey is a cherished commodity that a collector or whiskey connoisseur would love to own. The extravagant decanters and the ancient age statements are the reason for some of the most expensive whisky in the world.