A company is a legal entity established with the voluntary association of people to function a business. The business can be commercial or industrial. A company can be owned by a single individual or by a group of people with similar intentions.  A company is itself an artificial person distinct from the person who owns it. A company is called artificial person because it has similar privileges and responsibilities as an individual such as entering a contract, own assets, pay taxes, employ people, to sue or get sued and borrow money. A company can be of different types based on their structure.

As companies can be of various shapes and sizes and there are also limits to what these companies can do or can’t do. As mentioned above, companies are separate individuals independent of their directors and shareholders. Therefore, being separate entity companies have two significances which are mentioned below.

In the United Kingdom companies or corporations formed under company act 2006 are regulated by United Kingdom Company law and are governed by the Insolvency Act 1986. A company in the United Kingdom do not operate in the same way as in most of the countries. A company can be classified in different categories based on things such as, who owns the company and to what degree people are responsible for the company’s liabilities. The difference between various kinds of companies has important implications for the legal status of the company and what will happen when a company goes into insolvency.

This article will explain the most common types of  UK companies and various legal requirements associated with these companies in the United Kingdom.

Types of Companies in the United Kingdom 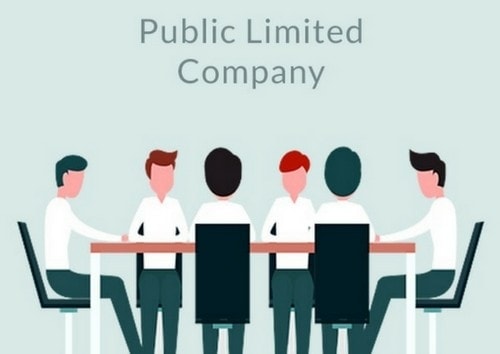 A public company is open to the public for ownership. Anyone can buy shares of these companies and can have ownership of these types of companies. However, the ownership of public is limited to their investment and values of their shares that they hold in the company’s stock. Furthermore, the shares of the Public Limited Company (PLC) can be traded in the market whenever there is a need to raise finances or funds.

Therefore, a Public Limited Company (PLC) is an amalgamation of both Public as well as limited. A public limited company is a public company, whose shareholder can be anyone and they hold the financial responsibilities of the company equal to the extent of their investment in the company. One main point that one must know is to start a Public Limited Company in the United Kingdom, it must have at least 50, 000 pounds shares allotted. 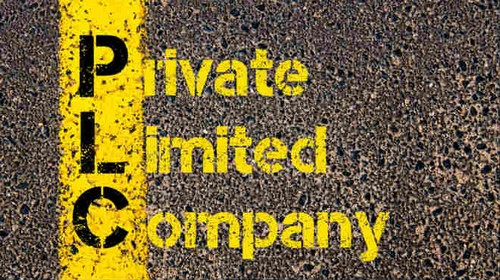 A private limited company cannot be owned by any shareholder. However, it is owned by an NGO (Non- Government Organization) or by a very small number of shareholders and if there is ever a need to sale the company, the sale will be held privately unlike a Public Limited company. Being the limited companies, they have the same insinuations of being “Limited” as in the case of Public Limited Companies such as a person will have business financial responsibility equal to the amount of their investment in the company.

Once the Private Limited Companies are incorporated, information regarding the company, such as present appointments is made public. This type of transparency is considered an advantage to do business.

These types of UK companies are very different from the Public and Private Limited Companies. Company limited by Guarantee does not have shareholders, therefore, in the case of these types of companies, no individual is responsible for a fixed amount as per their investment. The public can’t buy shares of such companies, because the shares of such companies are never made public. At the place of shareholders, these companies have a group of members, who voluntarily contribute a sum when a company goes insolvent.

According to the United Kingdom law, “Limited” term should be included in the name of the company. However, it is optional for the companies which are not dispensing their profits among their members, any profit made is reinvested in the company and used for the progress of the company, but the members of these types of companies are classified as decision makers. A board meeting is held before making any significant decision regarding the company and no decision can be made if a maximum number of members will not agree.

Hence, Limited Liability Partnership (LLP) is a concoction of company and partnership. In these types of companies, a partner can directly manage business contrary to the other types mentioned in this article where members have to elect the board of directors or employ people to run companies.

However, sometimes the profit is invested in the company itself, but only with the intentions to make community service better. Community Interest Companies can be mistaken as a charity firm because of their objective to serve the community. However, these companies are for the betterment of the society but they are more commercialized as compared to the charity firms.

In the earlier times, companies were approved by Royal Charter, which makes it oldest incorporation in the United Kingdom. Nowadays, these methods are replaced by other prominent methods. However, companies which were created by Royal Charter (RC) holds special rights or powers to govern its own affairs. There are more than 900 charters which have been granted by the monarch among them BBC, Bank of England, and Royal Opera House are widely known examples of royal Charter Organizations.

All Right to manage company (RTM) are established as a Private Limited Company by guarantee. These types of companies were established through the Commonhold and Leasehold Reform Act 2002. Right to Manage to give authority to leaseholders to take over the management by setting up a company to do maintenance and repair work of the building for a bigger organization.

Societas Europaea are business organizations which can operate in all European economic area. Societas Europeans are kind of Public Limited companies formed as holding of the existing company. These companies can be established by the merger or from an already established Public Limited company. SE companies must have a registered office and a head office to operate in the United Kingdom, also have capital amounts to at least 1,20,000 pounds or equivalent.