Coffee is one of the most consumed beverages across the world. In fact, the world is divided into two parts – The coffee drinking people and the tea drinking ones. Most westerners drink Coffee heavily whereas most Easterners drink tea.

Because Coffee comes from various regions, its taste and purity vary. There is also difference between how you make it and what ingredients you put in. As a result, there are many different coffee types and many different ways to make coffee. There are many Coffee chains which are loved for the variety of coffee and their unique recipes and styles of making coffee.

The way a Nescafe is made is completely different then McCafe or Starbucks. Coffee from Gloria Jeans is quite different then from Kopi Luwak’s. You get the point. From all the different brands of Coffee, this list chooses the top 17 Coffee Brands across the world. You are already missing your cup of coffee, aren’t you?

Top 17 Coffee Brands in the world 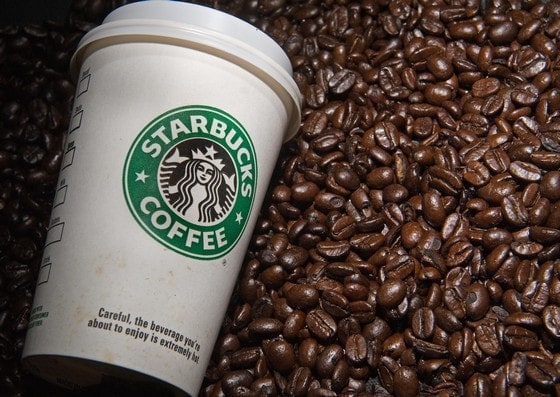 Starbucks is clearly leading the pack where Coffee chains are concerned. Starbucks has a 10.1% share of the US ground coffee market and it has above 50000 stores across the world. Starbucks sells millions of Coffee cups in a day. Many people are used to drinking a Starbucks coffee in the morning.

The brand has used very smart advertising and product placement over the years. It is known to have very good cookies and other assorted baked products which customers can have along with coffee. As a result, Starbucks is the second most popular Coffee brand in the world. 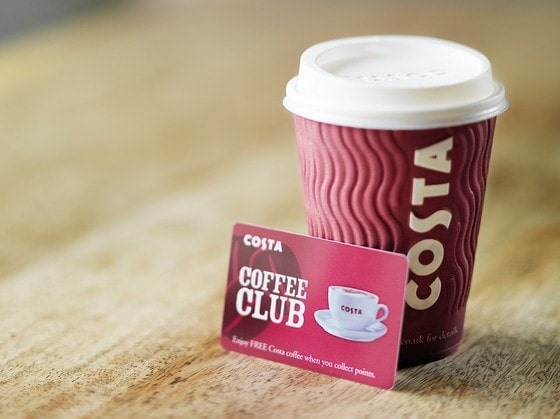 Hot chocolate, tea, Cold drinks like cold coffee and ice blends, sandwiches and other supplementary foods are some of the variety of food & beverages offered at Costa coffee. Costa Coffee has positioned itself as a premium brand of Coffee and it maintains that image through its amazing outlets and through its rich coffee. However, there is a big gap between Costa Coffee and Starbucks in terms of total Coffee cups sold. 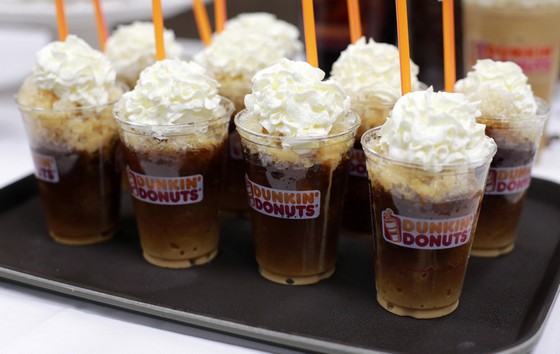 Dunkin Donuts is just behind Starbucks in the number of stores in the world. Dunkin Donuts is famous for its Donuts and these donuts are generally accompanied by some really good coffee.

William Rosenberg, who started Dunkin Donuts actually found that Donuts and Coffee are a really attractive combination while selling both of them at Construction sites and factories. Since the 1950’s Dunkin Donuts has been filling people’s stomach and wetting their mouths with the delicious taste of their coffee. In the US alone, Dunkin Donuts has a ground coffee market share of 7.1%. 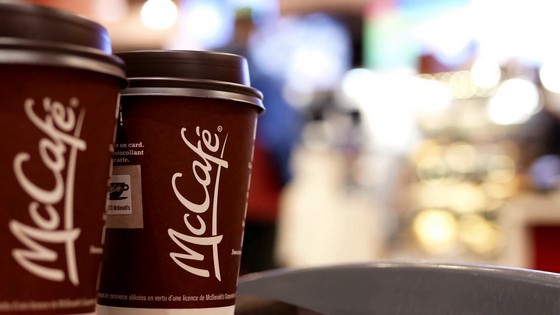 McCafe is owned by McDonald’s and was launched in 1993. There are countries like Australia and New Zealand where McCafe is the leading coffee chain in the country. One of the key advantages of McCafe is the vast presence of McDonald’s. Wherever a McDonald’s store exists, there is already space to brand out into a McCafe store as well.

As we know the potential of McDonald’s and its speed of expansion in developing and developed nations, we can be sure that McCafe will have a much wider presence across the world in the coming years. McCafe is known to have other beverages besides coffee so it will never become a majority coffee seller only. Nonetheless, the share of Coffee on their counters is higher than other beverages, especially in the west. 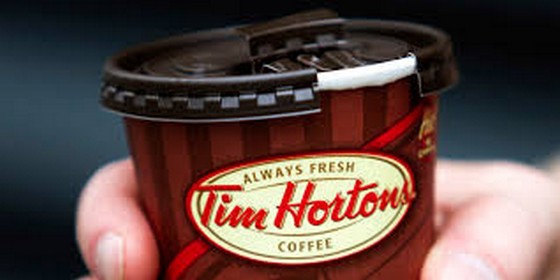 Tim Horton’s originated from Canada and has a fantastic presence in Canadian market. In fact, it has one of the highest coffee chain turnovers of Canada. Tim Horton’s sells both – Donuts and Coffee and it is known to be a multinational fast food restaurant known for its quick service.

Tim Horton’s has been purchased in 2014 by Burger King. Burger King wanted to find an answer to McCafe by McDonald’s and instead of starting their own coffee chain, they directly purchased Tim Horton’s which already had a good market share in Canada and the US. Because of its market penetration, Tim Horton’s is one of the biggest Coffee brand in the world. 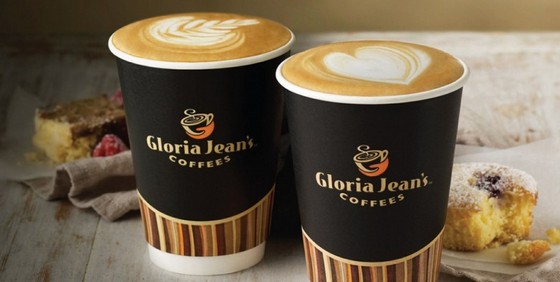 Originated from Chicago US, the Gloria Jeans coffee company today has more prominent presence in Australia where it has more than 450 outlets of Coffee. Gloria Jeans is now owned by an Australian company known as Retail Food group. Retail food group already has 600 or more stores of Coffee in Australia.

The purchase of Gloria Jeans coffee brand cemented its position as the leading coffee manufacturer in Australia and one of the top Coffee brand in the world. Gloria Jeans has more than 1000 stores across the world and is known for its excellent and premium Coffee.A problem with Gloria Jeans has been that it has repeatedly been embroiled in controversies, affecting its public image and its expansion. 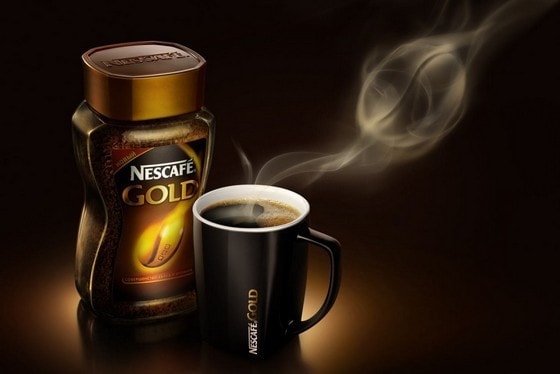 Nescafe is a favorite wherever you go across the globe. From the west to the east, Nescafe is a brand of instant coffee you can find anywhere. One of the main reasons Nescafe is so popular is the backing of Nestle and its deep pockets. Nescafe also was very smart in marketing and its advertising tune won hearts back in the 90’s.

Nestle has a wide presence across the globe due to brands like Maggi, Nescafe and many other FMCG brands under its belt. Due to this distribution support, there is no doubt that Nescafe is doing a massive turnover and hence is one of the top Coffee brand in the world. 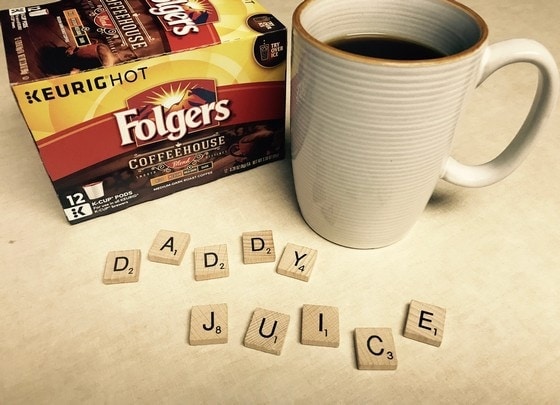 Folgers is a very old brand which was founded in 1850 and has been enriching its customer’s lives with a fantastic taste of coffee and its variants.Folgers is consistently ranked amongst the top 5 coffee brand in the US. A few years back it was selling more coffee cups then Starbucks. But Starbucks expanded very fast thereby earning the number 1 spot. 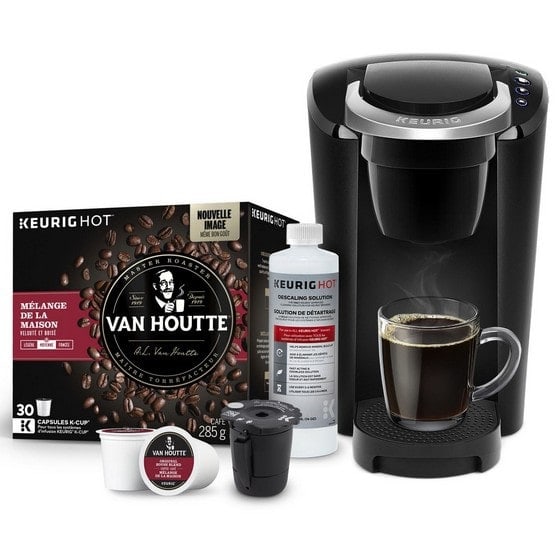 Keurig is one of the top Coffee brand giving Folgers a run for its money in today’s day and age. Keurig has 11% market share in the US for its ground coffee. Keurig is manufactured by an American company known as Keurig green mountain. One of the most widely sold coffee type of Keurig includes the K-cup pods, which are also supplied in Starbucks, Krispie Kreme, and other Coffee outlets.

Keurig has more than 400 varieties of beverages and 60 brands of coffee. Keurig became famous because of its innovative single serve coffee idea and because of its clear target market being the office going crowd. 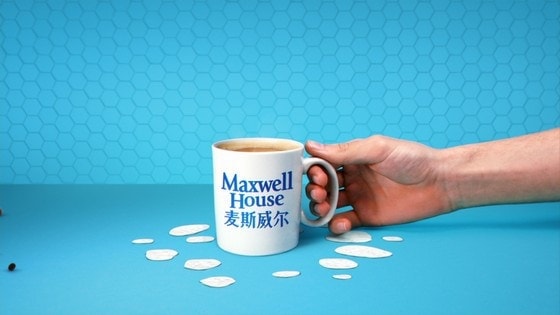 From the house of Kraft Heinz (known for its Heinz brand of ketchup), comes one of the oldest Coffee brand of the US – Maxwell House. Just like its tagline “Good till the last drop”, Maxwell house is a brand known for its whole bean, flavored and variety coffee beans.

Maxwell house has 14.5% of market share of Ground coffee in the US. It has vast distribution and is known for its rich taste. Maxwell House is also popularly known for its Decaffeinated range of coffee. 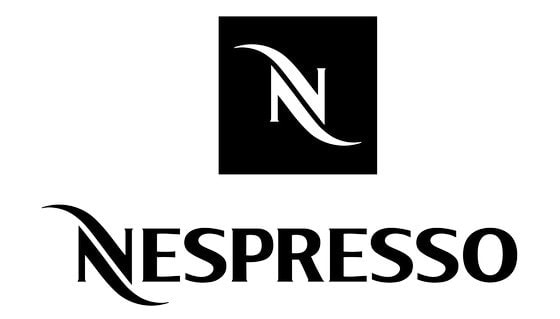 Another brand from the house of Nestle, Nespresso is a premium coffee brand which has a direct to customer distribution system. Nespresso sells its own coffee machines to offices and to end customers. Its coffee maker machine can brew espresso or other types of coffee with the use of Coffee Capsules.

Nespresso’s latest Vertuoline Coffee machine has been a hit in America because it provides larger servings of Coffee. Naturally, with such a high consumption, Nespresso is one of the top coffee brand in the world.

Nespresso implemented a lot of strategies to make it a premium brand in the market. It started with a 3 stage coffee system. The first stage included placing the machine. The second included providing coffee through a delivery system like pods or coffee capsules. The third included service which meant opening Nespresso outlets for unique experiences. The machine + coffee capsule delivery system is expected to be the fastest growing market in the coffee industry. 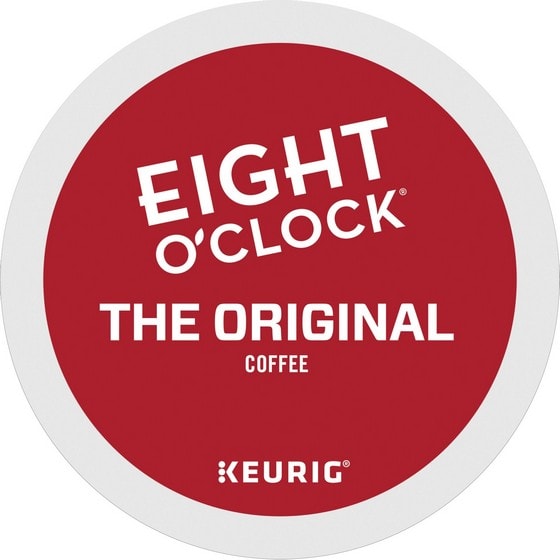 It is a brand of Coffee started in 1859 and then later on sold to Tata Global Beverages in 2006. Eight O’clock brand almost exclusively deals with Coffee and has several different types of Coffee in its arsenal. 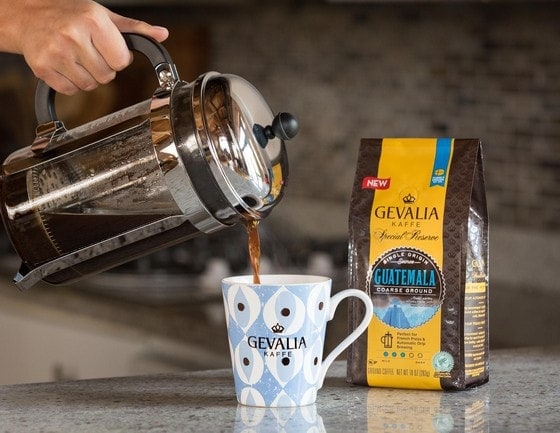 Gevalia is a brand known for its Coffee makers besides being equally known for its Coffee. It is a premium brand and is a wholly owned subsidiary of the Kraft Foods group. Gevalia has more than 30 variants of Coffee and is available in K-cup pods, ice coffee and packets. It is very rich in taste. Because of its taste and following, Gevalia is one of the top Coffee brand in the world.

Gevalia sources coffee from all across the world. Instead of selling through retail, Gevalia’s prominent sales channel includes direct sales to customers, on the lines of Nestle’s Nespresso. Gevalia sells its machines to the end customer and later on refills them with Coffee which can be ordered from customer service station or via online E-commerce portal or even from Gevalia’s own site dedicated to coffee. Due to this reason, Gevalia cuts many of the middlemen and has a high profit to turnover ratio. 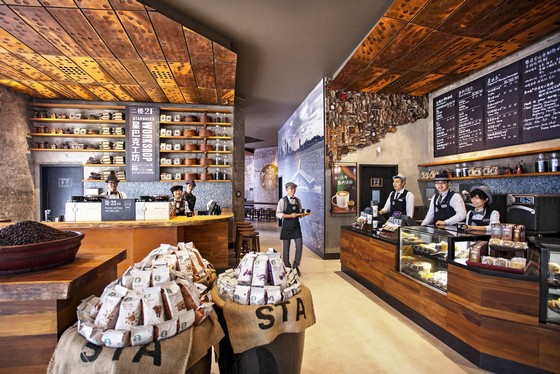 If you come across any Peet’s coffee outlet, you will notice how traditional they are in their store layouts. This is because Peet’s Coffee was one of the first influencers to the three founders of Starbucks. When Starbucks wanted to start their office, they had a close look at Peet’s coffee store layouts and established their own stores with a similar layout.

Peet’s coffee is known most prominently for its roasted coffee range including its famous French roasted coffee. Peet’s Coffee also has very good relations in its supply chain, maintaining good relations with the farmers who supply Coffee to Peet’s store. Peet’s coffee store has also generated a line of Coffee which has been done in collaboration with Farmers of their supply chain. Peet’s Coffee has 3.1% market share of ground coffee In the US. Because of its followers, Peet’s can be ranked as one of the top Coffee brand in the world. 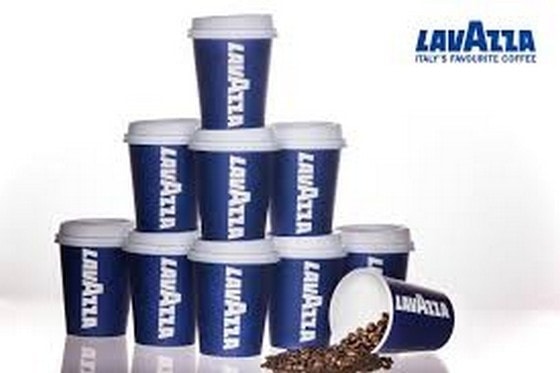 The brand which Italy loves. Lavazza is the clear market leader in Italy for its Coffee. It has many outlets in Italy but has also expanded across the world. More then 46% of the Coffee of Lavazza is exported outside Italy. Lavazza is also known to source its coffee from many sources. The unique thing about Lavazza is that it blends coffee from different sources to bring out flavor and taste in them. Lavazza claims that this blending results in unique flavors, all of which can be had in a Lavazza Coffee outlet. 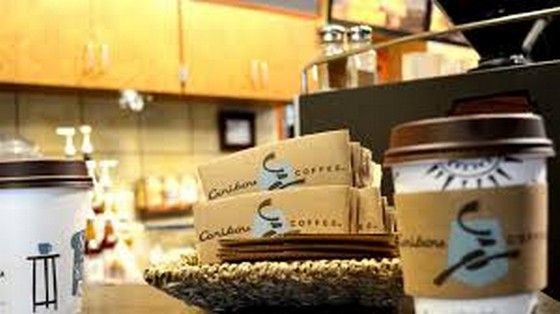 Caribou coffee is known for its baked goods and more importantly for its Rich coffee taste. Caribou specializes in espresso’s and it has various type of coffee blends as well as tea and other beverages in its arsenal. 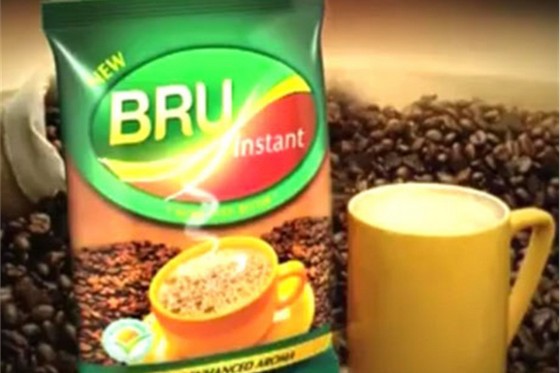 A coffee brand found and sold in India as well as many other countries in the world, Bru coffee is the biggest Competitor of Nescafe in India and in Asia. Bru Coffee is owned by Hindustan Unilever. It has an authentic taste and has a good R&D department which regularly does research and launches the right variety of Coffee for the consumers. Bru coffee has a very interesting website where it writes blogs on Coffee related topics.

Overall, the above 17 were the top Coffee brand in the world.