Home » Lists » The Top 12 Most Expensive College in the World

Education is the base which helps us to achieve desired targets in life. A good education is not a luxury but a necessity in these changing and competitive times as it opens several doors of opportunities in the professional world.

College is the best time in the life of a student. He takes a new step away from the constrictive environment of the school towards a new place where it is he who will be the decision maker.

The responsibility of growing up and accepting the results of your decision is heavy and the moment starts in the college when you take independent steps towards your destination. Education has become very expensive with the degree coming with a hefty price tag.

A student who wants to pursue a higher degree in a college at international level does not have many options available to him in monetary terms.

If your parents are unable to finance your studies, the only path open for you is applying for a student loan. Colleges at international levels are very expensive. The tuition fees are astronomical, and the living expenses of staying in another city also add to the expenditure column.

If you have calculated all the relative costs and are still interested in joining one of the most expensive colleges in the world, then you should take a peep at some of them beforehand for your convenience. 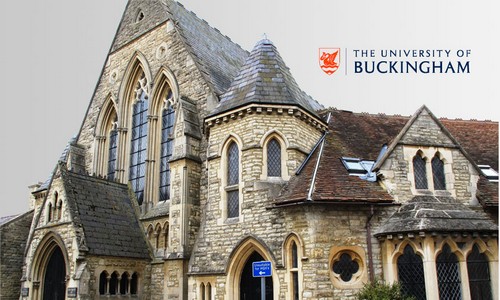 The University of Buckingham has an estimated 61,000 dollars as its fee for bachelor courses, whereas the master’s degree requires the students to shed a lot more. It is one of the most expensive colleges in the world that offers both undergraduate and postgraduate degree in its campus.

As the college does not receive government aid, the fees are likely to remain high compared with other colleges. The University of Buckingham is of private and non-profit nature and was established as a college in the year 1973.

The first batch of students gained admission in the year 1976, and it was later in the year 1983 that it acquired the status of a university. 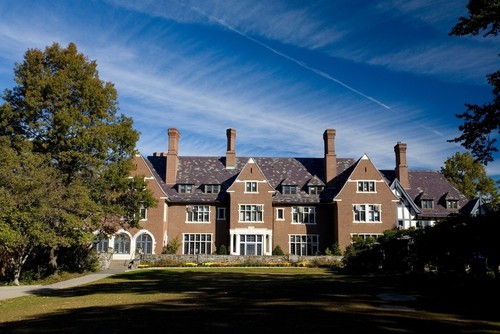 Sarah Lawrence College occupies one of the top spots for the most expensive college in the world for the year 2019.

With an estimated annual fee of 61,236 dollars, education has become very expensive. The admission fee includes 1,024 dollars as fees, 14,312 dollars as room expenses, and 45,900 as tuition fees.

Sarah Lawrence College was founded in the year 1926 by its founder William Van Duzer Lawrence, a real-estate tycoon. The college is named after his wife and is located at Yonkers in the city of New York.

At the onset, the college was meant only for girls, but in the year 1968 the stature was changed and it became a co-ed institution. Important graduates of this popular college are Rahm Emanuel and Vera Wang.

This art college is of private nature hence the astronomical fee structure. To maintain high educational standards, the college gives admission to only a limited number of students.

It has a unique pattern of allocating every student under a teacher so that the student can reap maximum rewards. The major subjects are divided into four categories, like Humanities, Natural Sciences, Maths, and History/Social Studies. Evaluations have replaced the concept of allocating grades. 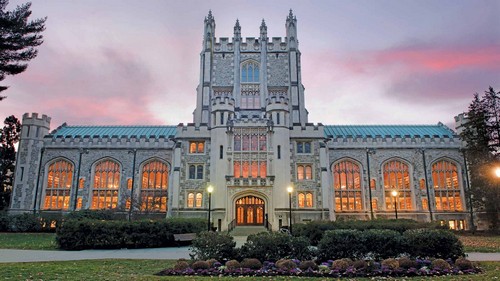 The undergraduate fee structure for the year 2019-20 at Vassar College is an estimated 59,887 dollars. It is considered one of the most expensive colleges in the current scenario.

Several people who have the students at one time went on to create a distinct place in society. Some famous names associated with the college are Meryl Streep and Lisa Kudrow.

Vassar College was founded in the year 1861 by its founder Mathew Vassar. The college has been built in Poughkeepsie in New York. It is a liberal arts college of private nature.

At the onset, the college was for women only, but in the year 1869, it changed its position and started giving admission to both boys and girls.

The college offers a B.A. degree in an estimated fifty majors that include a flexible curriculum. It encourages associations and participation through extracurricular activities, for instance, in theatre.

Learning a new language is also encouraged so that the student can spend s semester in another college of his choice, even abroad. 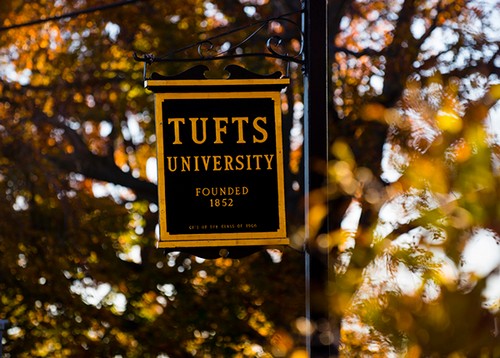 Estimated fees for an undergraduate course for the year 2019-20 at Tufts University is 59,599 dollars. It is one of the most expensive colleges in the world. Notable alumni of this popular college are Hank Azaria, Michelle Kwan, and Pierre Omidyar.

Tuffs University is located at Medford and Somerville and was founded in the year 1852. It has an overseas campus located in the south-eastern part of France and thus encourages students to study abroad.

The university offers both undergraduate and postgraduate course at its campus that is spread over an area of 150 acres.

Tufts University is a research university of private nature. It has academic affiliations with both MIT and Harvard. The university releases The Tufts Daily, a student newspaper.

Related: Top 18 Most Expensive Food in the World

Estimated undergraduate fee for the year 2019-20 at Columbia University is 59,416 dollars. It is one of the most expensive colleges in the world.

It has a diversified alumni list that comprises of Billionaires, Presidents, Nobel Laureates, Olympic Medallists and Academy Award Wieners. President Barack Obama and writer Jack Kerouac have been pass-outs from this university.

Columbia University was established in the year 1754 with the help of a Royal Charter at Upper Manhattan in the United States. It is an Ivy-League-research university of private nature.

The college is credited with several breakthroughs of scientific nature. It was the first college in America to introduce a medical degree. Columbia University offers both undergraduate and postgraduate course to its students. 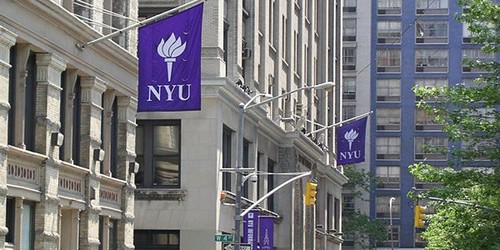 At an annual fee of 59,337 dollars, New York University occupies a good spot as the most expensive college in the world in the year 2019. The annual fee structure includes 2826 dollars as fees, 16,133 dollars as room expenses, and the rest as tuition fees.

New York University is one of the most popular and highly acclaimed colleges in the world where a significant number of international students join the University for higher education. There is a student exchange program in the college where a large number of students are exchanged with other colleges.

New York University as the name suggests is located at Greenwich Village in New York and was founded in the year 1831. It is a research institute of private nature that has been acclaimed as the best but also as the most expensive college in the world. 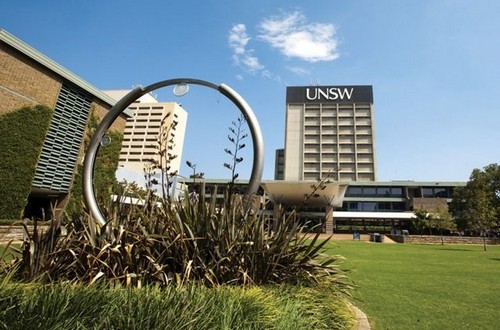 The University of New South Wales, Australia is a research-based university where only high-income families apply for admission. This is one of the most expensive colleges in the world and is located in Sydney.

The University of New South Wales, Australia was established in the year 1949 and is one of the most expensive and high-rated university/college in and out of Australia.

The fee for international students is much more than Australian students. Moreover, the cost of living is also high in Sydney, and that results in greater fee structure.

University of New South Wales, Australia is affiliated with “Group of Eight.” It offers both undergraduate and postgraduate studies and doctoral, master and bachelor degree to the students in its campus which are spread over an area of ninety-four acres. It has entered into research and exchange partnership with nearly two hundred other colleges and universities in the world.

Related: The 15 Most Expensive Handbags in the World 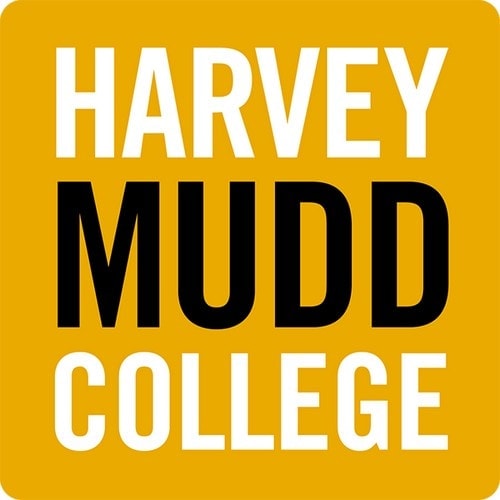 At an annual fee of 58,913 dollars, Harvey Mudd College occupies a prominent position as the most expensive college in the world in the year 2019. Students who have passed out of this excellent college command highest possible salaries in the world.

The college is a part of Claremont Colleges and pays special attention to the field of science. The majors include computer science, engineering, chemistry, physics, and mathematics. With a high amount of available funding, the students have access to opportunities in both the laboratory and field. 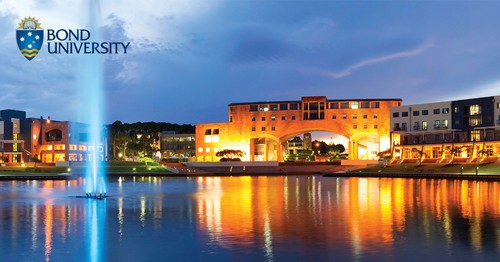 Bond University, Gold Coast, Queensland is considered one of the most expensive colleges in the world, and of course, Australia as the estimated fees of an undergraduate course is nearly 56,000 dollars per term.

Bond University, Gold Coast, Queensland was established in the year 1987 at Robina Gold Coast in Queensland. The non-profit private university opened its door for students in the year 1989 and since then has followed a three-semester per year timetable.

The university offers both graduate and an undergraduate course on its campus. It lets the undergraduate students get their degree one year earlier compared with other colleges and universities.

The accelerated program has been introduced to reduce the expenses of its students and give them an additional advantage in the outer world. Students can start their higher studies or career path one year in advance than other students. 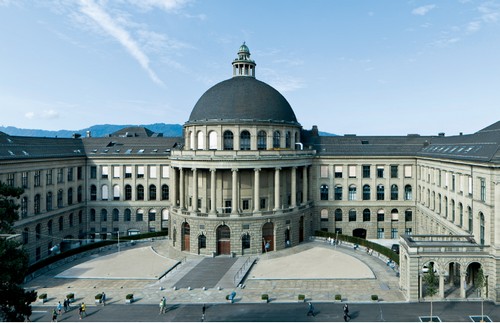 Swiss Federal Institute of Technology, Zurich offers a bachelor course to the students at an estimated fee of 48,000 dollars.

It is considered one of the most expensive colleges in the world because of its high fee structure. People who have been associated with this prestigious college include Albert Einstein.

Swiss Federal Institute of Technology, Zurich was established in the year 1855 at Zurich in Switzerland. It offers both undergraduate and postgraduate course to the students in subjects like mathematics, engineering, technology, and science.

Swiss Federal Institute of Technology, Zurich has gained immense popularity in Europe and the rest of the world for education. Students who are considered very good are given privileges like a cut in the fee structure.

This is especially applicable for international students who are then required to pay the same as domestic ones. Scholarships are available for students who are meticulous in their studies. As the cost of living is very high in Zurich, the college can become one of the most expensive colleges in this world.

Imperial College, London is one of the most expensive colleges in the world. If you are interested in quality education, then this is your college. For undergraduate programs, the estimated basic fee structure is nearly 28,000 pounds on an annual basis.

Imperial College, London is a public research academy that was established in the year 1907 in London, England. It offers both undergraduate and postgraduate course in science, medicine, and technology.

The Imperial College, London has a greater number of international students than from the United Kingdom. Students from nearly one hundred and forty countries have gained admission in this popular college.

Although education in this college is expensive students have been given some relaxation in the form of scholarships. 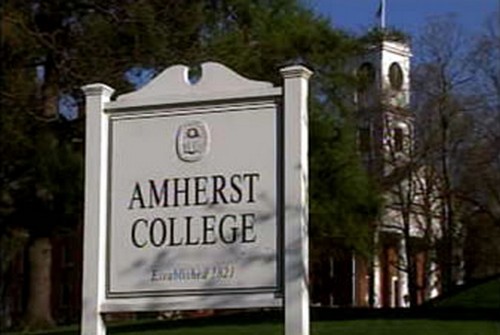 Amherst College is one of the most expensive colleges in the world. The estimated tuition fee structure for the undergraduate course is nearly 58,640 dollars for the year 2019-20.

Amherst College is a liberal arts college of private nature that was founded in the year 1821 at Amherst in Massachusetts. It is one of the oldest educational institutions and offers only a four-year undergraduate course to its students.

Notable alumni from this special college ate Jeffrey Wright, the Golden Globe-winning actor, and US President Calvin Coolidge. The Wall Street Journal ranked the college as the Best Liberal Arts College in the Country 2018-19.

The new generation of college going students are more aware of the happenings around them, and they realize that education is the way to move forward and make progressive changes in life. It is the education and degree that they will acquire from the college that will help to choose the right career path for their prosperity.