Limited ingredients and specific conditions are necessary to make excellent wines that will be appreciated by connoisseurs.  The process of wine manufacturing is very tough and requires good investment and continuous care if you are interested in manufacturing a quality bottle.

Drinking wine is considered a royal experience as the beverage is associated with wealth and elite status. The wine experts believe that the older the wine, the better it is taste. It acquires a rich flavor that makes it an appreciated and expensive beverage.

Wine is in great demand all over the world as a party, meeting, or get-together is incomplete without the addition of good wine. Superior beverage can elevate your status and give you brownie points in front of your sophisticated guests.

A bottle of wine is also an investment if it is included in the list of one of the most expensive wines in the world. These premium bottles are considered the stuff of dreams and are highly appreciated by connoisseurs, collectors, and wealthy patrons.

Investing in wines has become a profitable business, and this is why people are eager to get their hands on a rare and expensive bottle. 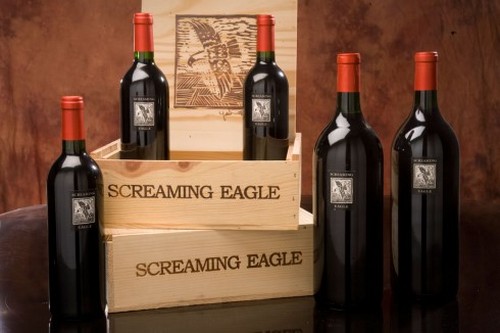 At a Napa Valley charity auction in the year, 2000 Screaming Eagle Cabernet Sauvignon 1992 managed to gain the upper hand as it was sold at an exorbitant price tag of 500,000 US dollars. It became one of the most expensive wines in the world even though it was not even a decade old at the time of the auction.

The premium beverage has been created at Oakville in California, United States and has gained the upper hand2 over wines from France and Italy that has a niche market of its own.

The most expensive wine in the world Screaming Eagle Cabernet Sauvignon 1992 has achieved a premium tag because limited bottles are released every year from this place. The opaque-purple color wine is unfined and unfiltered at the time of bottling and is aged in 60% new oak casks.

You will find aromas of vanilla, boysenberry and jammy blackcurrants in the wine along with a hint of oak. The six-liter bottle has a high tone and great intensity because of exotic woody aroma and is in great demand in the market. 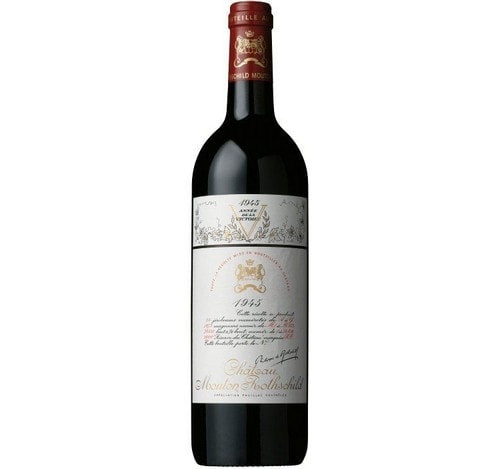 At an estimated 310,000 US dollars Jeroboam of Chateau Mouton-Rothschild 1945 is one of the most expensive wines in the world. It has been a production of the vineyards of Nathaniel Rothschild which are famous all over the world because it has produced some of the finest wines in the world.

The high-profile brand has added “V” in its 1945 label as a sign of victory of the Allied Forces during the World War II.

The most expensive wine in the world Jeroboam of Chateau Mouton-Rothschild 1945 is vintage and in great demand. The standard bottle is of 750 ml although you can have a glass for 8,631 US dollars.

On the nose, the wine has a hint of vanilla, mint, dry pine needles and dry green moss and on the palate, you will find traces of sweet dried cherries, raspberry, and dry soil. The wine is considered one of the best vintages produces of its time. 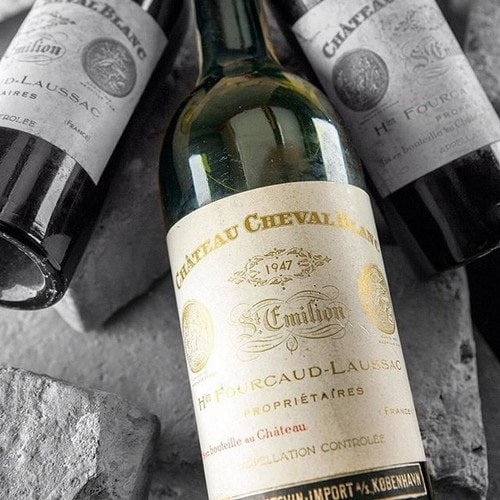 The credit for the best Bordeaux goes to 1947 Cheval Blanc. It is a premium wine from renowned winemaker Chateau Cheval Blanc.

The alcoholic beverage was sold in an auction organized by Christie’s in Geneva in the year 2010 to an anonymous buyer whose name was not disclosed. At a price tag of 304,375 US dollars, it is one of the most expensive wines in the world.

1947 Cheval Blanc is a 67-year-old French wine that has been given class “A” status by the connoisseurs. The grapes for the wine were produced in the months from April to October in the year 1947 under primitive conditions because of bad weather.

The taste became unique and could not be replicated again. The beverage has been described as one with high alcoholic content, rich scent, and heavenly taste.

The 1947 Cheval Blanc 6-liter bottle that was sold was the only known bottle from this exclusive vintage. 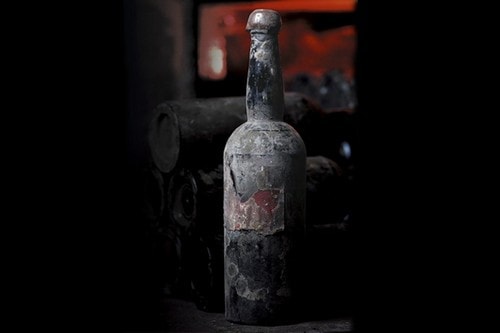 A ship carrying several wines for Nicholas II, the Tsar of Russia, was hit by a German submarine and sank into the sea in the year 1916. After nearly eighty years the shipwreck was found and the contents discovered. There were two thousand bottles of alcoholic drinks and amongst them 1907 Heidsieck.

It became one of the most expensive wines in the world when it was sold for an astonishing amount of 275,000 US dollars.

He reported black rifle, salty and gunflint on the nose and burnt lemon and flamed oranges on the palate and declaring it as an extraordinary drink. 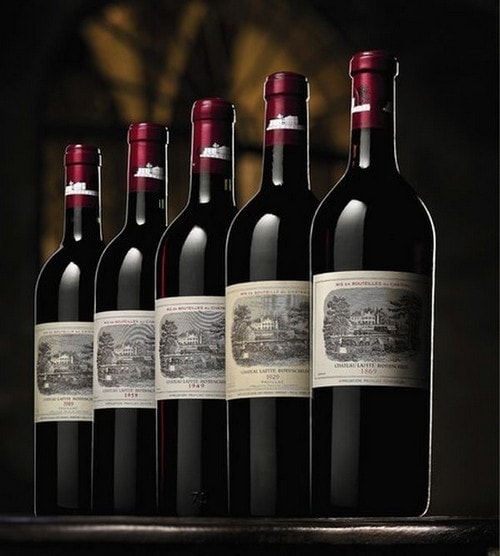 Chateau Lafite 1869 was a limited edition series, and the three bottles were put under the hammer at an auction by Sotheby’s in Hong Kong in the year 2010.

An anonymous buyer from Asia bid for the three bottles and purchased each at a price tag of 230,000 US dollars, making them one of the most expensive bottles in the world.

Chateau Lafite 1869 is a rare and valuable alcoholic beverage that was stored in at the chateau. The price tag was very unexpected as nobody could imagine all three wine bottles to be sold at such prices and that too together. 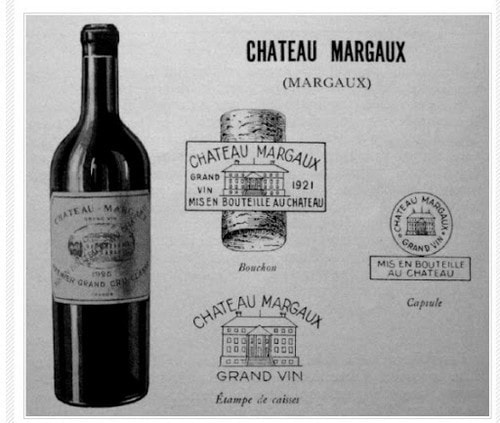 Chateau Margaux 1787 is an ancient and rare wine with an estimated tag of 225,000 US dollars making it one of the most expensive wines in the world. It was owned by William Sorokin who took it once to Four Season Hotel in New York City to celebrate over dinner.

A waiter bumped into the table, and the bottle crashed. The owner was unable even to taste the most expensive wine that he had purchased so lovingly.

The insurance company paid Solokin for the Chateau Margaux 1787, a Bordeaux wine,  but the regret of not tasting a drop remained with him always. The bottle was inscribed with letters Th.J and was supposed to be the property of Thomas Jefferson, the writer of Declaration of Independence.

This is why it was considered a rare and precious bottle. 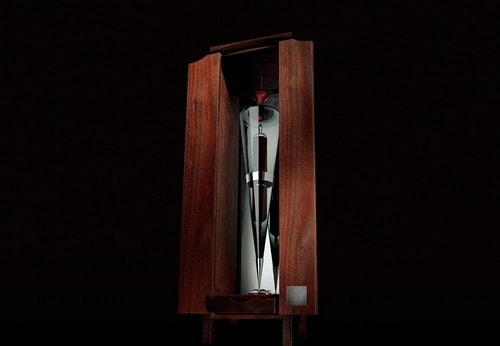 Ampoule From Penfolds is tagged at a price of 168,000 US dollars and is one of the most expensive wines in the world. The bottles are released in the commercial market by the world-renowned South Australian brand Penfolds.

It was launched at a tasting ceremony that was held in Moscow. Only twelve bottles of Ampoules have been manufactured to date.

The glass ampoule which is hand-blown includes Penfolds Block 42 Kalimna Cabernet Sauvignon 2004 vintage.  Each of them is numbered, and they contain 750 ml of red wine. It comes with a specially designed wooden case by Andrew Bartlett.

This is one of the most expensive wines in the world and whenever the owner decides to open it a member of the winemaking team will be present at the opening. It is manufactured at a single vineyard and is completely encased in glass ampoule that does not have a screw-cap, cork or any other seal. 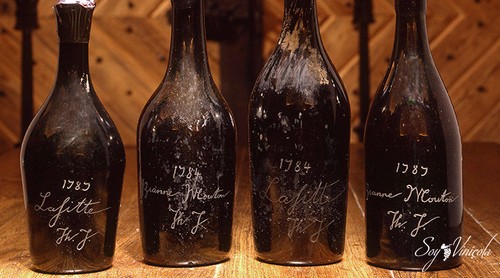 Chateau Lafite 1787 was priced at an estimated price of 156,450 US dollars, and the bottle entered the list of most expensive wine in the world.

The bottle was inscribed with letters Th.J and was supposed to be the property of Thomas Jefferson, the writer of Declaration of Independence. This is why it was considered a rare and precious bottle.

Bad luck continued with the bottles of these initials. One of the bottles was purchased by Malcolm Forbes, the publishing giant, in the year 1985. It was supposed to be in possession of a former United States president and was considered rare and valuable.

To display this prized possession, Malcolm Forbes put the bottle in a glass case for display. The cork dried because of strong lights and dropped inside the bottle. 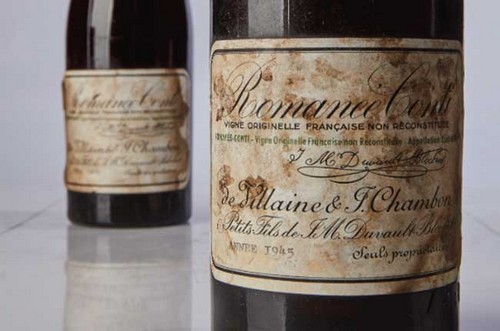 After the end of World War II, the vines of Romanee Conti were destroyed by a pest Phylloxera. Only six hundred bottles of dark red wine were manufactured in the meantime before the vineyards could start manufacturing once again. Romanee Conti 1945 at 558,000 dollars was recently auctioned at Sotheby’s in New York.

It exceeded its actual price and became one of the most expensive wine to be sold in the market. The 750ml burgundy was part of the six hundred bottles of wine that were produced in the year 1945 by Domaine de la Romanee.

Romanee-Conti is actually a vineyard that produces an estimated three thousand five hundred bottles of wine on a yearly basis. All the wines that come out from this vineyard are rare and sought after.

The bottle of unicorn wine that sold for such an exorbitant price earlier belonged to Robert Drouhin’s private collection and is considered very special. 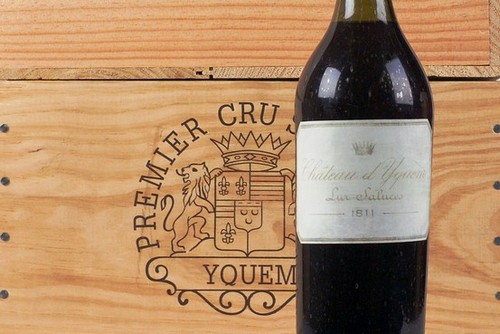 A bottle of 1811 Chateau d’Yquem was sold at 130,000 dollars to Christian Vanneque, a French collector, making it one of the most expensive wines in the world.

Before its purchase, the bottle had to undergo a lot of scrutinies to test its authenticity and confirm that the color, punt, and shape were in accordance with the required specifications.

This sweet wine from Bordeaux producer was made from the harvest of 1811, which was considered the best of all times. Care will keep a bottle of Chateau d’Yquem perfect for more than a century. It is known for its sweetness, concentration, and complexity.

Chateau d’Yquem is a pale, bright gold shade at the onset and its color darkens to bronze-chestnut as it ages. Wine experts and connoisseurs have given it a score of perfect ten, making it one the most coveted white wines in the wine industry. 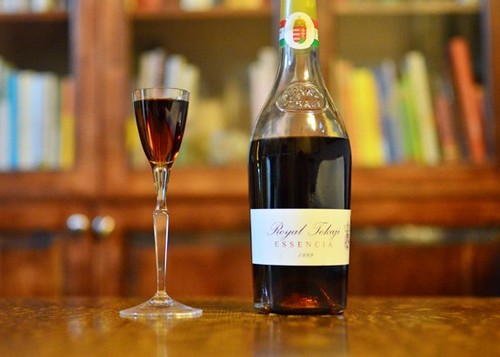 At 40,000 dollars, Tokaji Essencia has entered the list of most expensive wines in the world. It is derived from Carpathian foothills in the north-eastern region of Hungary. The cost of manufacturing and producing the wine as well as the limited bottles have contributed towards its hefty price tags.

Harvesting grapes is hard work because it needs to be done by hand. Wine is made via traditional methods and aged in a barrel which is kept in cellars for years. The company has released only eighteen bottles of this most expensive wine.

Demand for most expensive wine that boasts of exceptional quality is at an all-time high. Wine lovers and enthusiasts, along with collectors, are ready to travel the extra mile to get hold of a rare bottle. The bidding wars have escalated and has taken the price tags to amazing new levels.

The news of a great wine coming under the hammer is a case of celebration for wine lovers. These wealthy patrons do not give a hoot for the price tags instead are ready to win the battle at any cost.