Home » Lists » The 12 Most Expensive Cities in the World

Do you consider living expenses in your city as very high? If so, then open your internet and search for the most expensive cities in the world.

After some time you will realize that you are much better placed in your city than people living in other cities. Premium lifestyle has forced the prices to soar in real estate.

Some cities are set apart, and the cost of residing in it leaves something to be desired. The world is full of the most expensive cities where living expenses will be higher than the rest of the places.

The good thing about living in an expensive city is that there will always be more opportunities to earn and gain economic freedom than the cities which have a low cost of living.

Every one of us wonders which city is the costliest and where it is easy to meet the ends comfortably. You cannot randomly list the most expensive cities.

According to the Economic Intelligence Unit Worldwide, the cost of living survey was conducted comparing one hundred and thirty-three cities located in the entire globe in nearly ninety-three countries.

By comparing the prices of one hundred and fifty goods and services for instance in relation to domestic help, food, essentials, schools, colleges, working atmosphere and transportation the bureau has created a list of most expensive cities in the world. 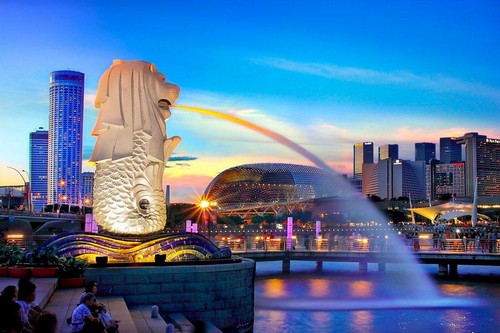 According to the survey conducted by the Economist Intelligence Unit or EIU Singapore occupies the top spot as the most expensive city in the world.

It reigns supreme with six years in a row as the prices of home rents, food, clothing, real estate, basic commodities, and luxuries have all soared to unimaginable heights. Singapore replaced Tokyo in the year 2014 as the most expensive city and since then has not left its place vacant.

It is considered a tax haven and has resulted in a high number of foreigners in its cramped geographical space. When compared with other cities, the rates of basic things like 500gm bread and 1-liter milk costs 1.45 dollars and 2.28 dollars respectively, and it is quite high. Singapore ranks as the third-priciest destination if you are looking to buy apparel.

Singapore is a South-East Asian city with a great number of foreign workers. The demand often exceeds supply, and this is the reason for the high cost of living in the city.

There are very few natural resources in Singapore, but the city has managed to become a global hub for tourism and trade. Technology, healthcare, human resources, logistics, innovation, education as well as business reigns supreme as it is considered the top international meeting place for foreign nationals. 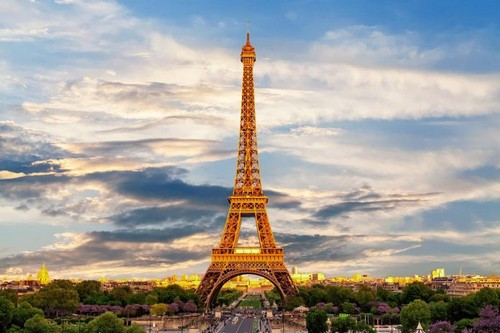 With a population of 2,1million people, the average cost of the same bread of 500 gm and milk costs 1.66 dollars and 1.30 dollars per liter respectively. The cost of other products and transportation is also very high in this city.

Paris is considered the most expensive city in the European circuit. It is the cultural hub of the world with a large number of artists and designers, making it their home to gain success in their respective fields.

Every street and building in Paris is considered awe-inspiring, and as it is home to several classic landmarks like Eiffel Tower and the Notre Dame, the city is always full of tourists.

The foreign travelers have contributed to a surge in the prices of living expenses. 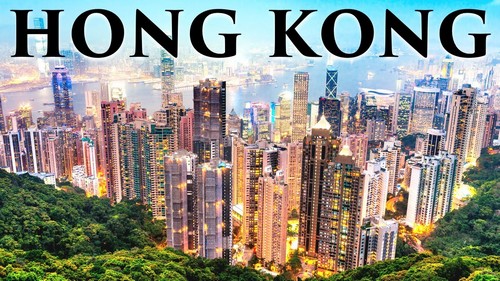 Hong Kong has emerged as a major focal point in Eastern Asia. With 7.4 million people of varied nationalities, the city is considered one of the most densely populated.

It has gained gradual prominence over the years and become an important commercial port and exemplary financial center of the world. Its legal tender is one of the most traded currencies occupying the thirteenth position in the world arena.

The prices of bread and milk in Hong Kong are 2.31 dollars and 2.87 dollars respectively showing a greater economic discrepancy than other cities. Being a major business, tourist, and even crime den have resulted in high prices even of basic commodities. 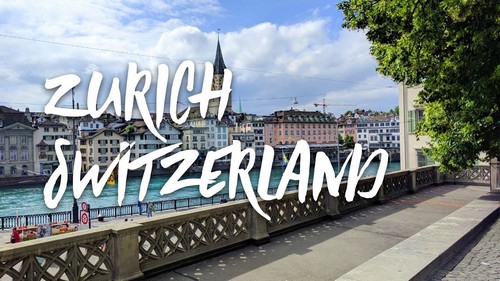 Zurich is the capital of Switzerland and has managed to combine art, culture, and business to create a perfect haven for tourists.

Its banking system is considered the best in the world and has helped it along with its tourist industry to step into the desired platform from where it has gained due prominence in the world arena.

Zurich is a beautiful land with natural scenic places. It boasts of quality museums and theatres. People love to ski on its slopes, and tourists flock towards it the whole year.

In terms of life-index quality, it ranks at the second position, but in terms of the most expensive city in the world, it has achieved the number four spot because the other three are tied together at number one position.

With only 0, 4 million populations, you can understand how expensive the city is by looking at the rates of bread and milk, which are priced at 2.72 dollars and 1.74 dollars respectively.

Related: 18 Most Expensive Bikes in the world 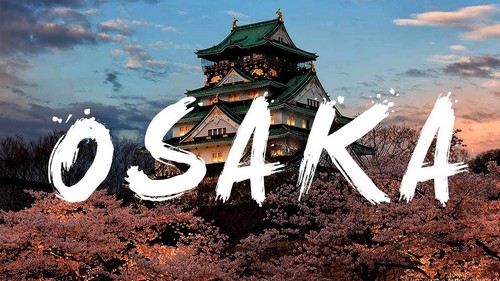 Osaka in Japan has a population of 2,7 million people and is considered one of the most expensive cities in the world. The city is an amalgamation of rich tradition and modern technology.

The culture can be traced back to as early as the 5th century BC. Osaka is known for its architecture, festivals, shrines, and historical sites. This makes it an international tourist hub.

Osaka has been ranked at fifth position in terms of the most expensive city in the world.  You can understand how expensive the city is by looking at the price tag of bread and milk at 1.49 dollars and 1.60 dollars respectively. The cost of living is very high in this city compared with other cities in the world. 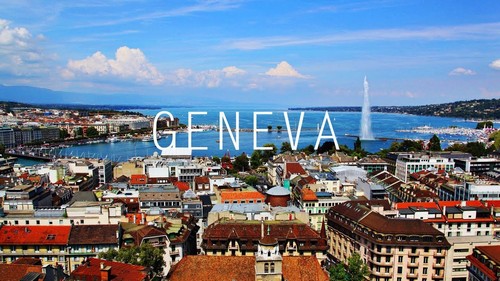 Geneva in Switzerland shares the number five spot with Osaka in Japan as the most expensive city in the world. You can understand the cost of living in this city by noting the price of bread and milk at 3.31 dollars/500gm loaf and 1.67 dollars/liter respectively.

Geneva is the second city from Switzerland that has shown high figures while estimating the cost of living. The city occupies a prominent position in the world map as it is an important place to hold diplomatic meetings between different countries.

Moreover, the headquarters of both the Red Cross and the United Nations are also located here. As the economy is very strong, it has become a vital banking center.

As it is situated in the lap of scenic beauty, the city has become a favorite tourist destination. Geneva is in the third position in purchasing power, and this has made it one of the most expensive cities in the world. 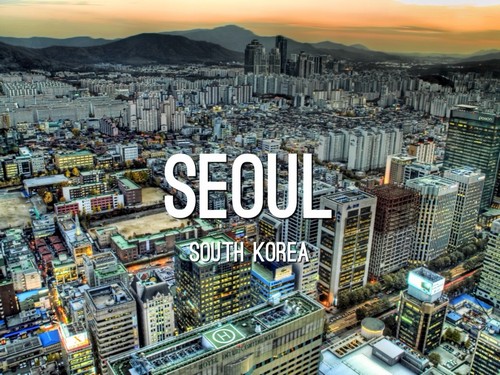 Seoul in South Korea is placed at the seventh position as the most expensive city in the world. The groceries in this city cost at least 50% more than in the New York City of the United States.

Seoul is the largest metropolis and capital of South Korea. It has several UNESCO World Heritage Sites that makes it a great tourist destination. It also has several modern constructions that make it a great place to conduct meetings of international stature.

Seoul is a global city that is visited by international dignitaries and tourists alike. The real-estate market is very high-priced and the standard of living even more expensive.

Related: The Top 16 Most Expensive Dog Breeds in the World 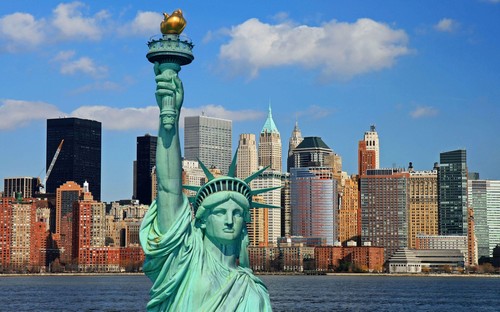 New York in the United States is the most populous with 8,6 million population as well as the most expensive city in the seventh position according to a survey conducted by EIU. The prices of basic commodities like bread and milk in this city are at 3.82 dollars/500 gm loaf and 1.17 dollars/liter respectively.

New York is famous as the media and financial capital of the world. It is the ultimate reflection of the coolest American spirit and is an amalgamation of different cultures, traditions, languages, and modern thinking.

The fast pace of the city is like an addiction. It has several tourist spots, extensive transport system and home of several billionaires. 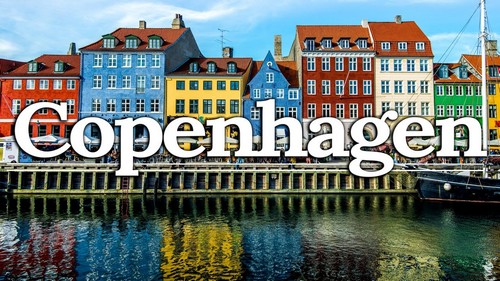 Copenhagen in Denmark occupies the seventh position as the most expensive city along with Seoul and New York. With a population of only 0,6 million people, the cost of living in the city is still very high. The price tag of bread and milk in this city are tagged at 2.71 dollars/500gm and 1.24 dollars/liter, respectively.

Copenhagen is a meeting place of politics, culture, and art. It has some of the finest architecture sites as well as educational centers in the world.

According to the list of most expensive cities in the world, Los Angeles in the United States occupies the tenth position. The rates of basic commodities like bread and milk in this city are tagged at 3.05 dollars/500gm loaf and 4.0 dollars/liter respectively.

The iconic city of Los Angeles is famous for Hollywood. Most of the important studious are located over here and increased its rating and popularity in the world.

It holds the rank of 9th and 6th in the Global Economic Power Index and Global Cities Index, respectively. It is a tourist spot, and the standard of living is very high in the city, making it one of the most expensive cities in the world.

Related: Top 18 Most Expensive Food in the World 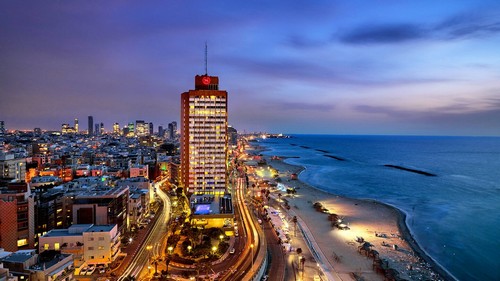 Tel Aviv in Israel is ranked in the tenth position as the most expensive city in the world. It is tied for the tenth spot with Los Angeles in the United States.

The cost of living in the city is very high with prices of commodities like bread and milk soaring at 2.21 dollars/500 gm loaf and 1.61 dollars/liter respectively.

Tel Aviv is ranked at 25th position in the Global Financial Centers Index. The economy per capita of this city is also very high, making it one of the most expensive cities in the world. The city is very beautiful and has gained prominence over the years because of its buildings that have been styled in international designs. 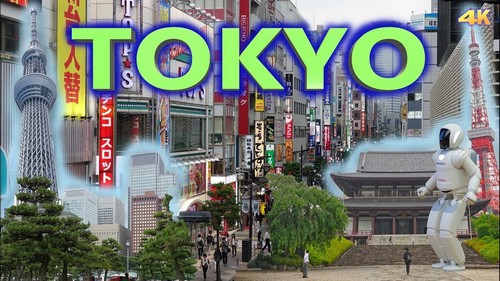 The weakening of national currency Yen against Dollar has increased the cost of living in the city. With a population of more than 13 million people, it has gained prominence because of being a great business center.

Every year several surveys are conducted as per their directions, and a list is released where the most expensive cities are mentioned.

Remember all the surveys will not yield the same result as the factors determining the actual cost of living for them might differ from others. Some cities might have been more expensive than others the previous years, and some might have traded places and gone up and down in the list.