FileZilla client supports FTP over TLS (FTPS) and SFTP along with FTP. FileZilla is an open source software that is distributed for free and in the terms of the GNU General Public License.

It is a fast and reliable platform that has a lot of important features and an intuitive Graphical User Interface. The various features of this application are ease of use, cross-platform, IPv6 support, bookmarks, tabbed user interface, drag & drop support, directory comparison, and many more.

Through this article, let us discuss the alternative of FileZilla. 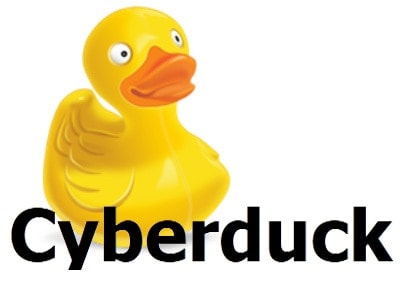 Cyberduck connects to every server through an easy to use interface. It also provides provision for enterprise file sharing and cloud storage. Its FTP feature is widely tested and implemented for better interoperability by taking support for FTP servers over TLS/SSL connections.

Users can make use of Cyberduck to regularly upload and download files from the server through its simple GUI. It is suitable for all FTP transfers that includes SFP, FTP, Amazon S3, and WebDAV transfers.

Cyberduck is compatible with most of the external editors like TextWrangler, BBEdit, or TextMate. It also integrates with Dropbox for the exchange of files.

Its interface is easy to create a new connection and is one of the best free FTP clients for any PC. 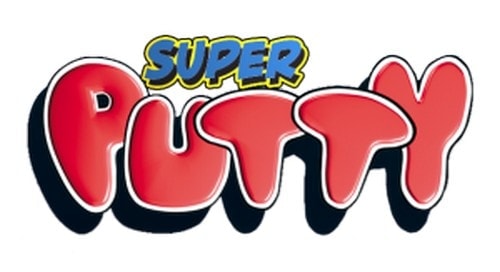 SuperPuTTy is a popular Windows GUI Application that is used to allow the PuTTY SSH Client to be released in a tab. Apart from this, there is SCP support to transfer files.

This application is written in C# and can be executed on any Windows platform that supports.

Initially, SuperPuTTy was for Windows but gradually being used for Unix based platforms as well. This application is a Graphical User Interface (GUI) based application that is used for PuTTy SSH client.

It performs not only regular PuTTy commands but can be opened in multiple tabs. This permits users to work on multiple systems.

The main function of WinSCP is to file transfer among a local and remote computer. Apart from the basic file transfer, it provides basic functionality like file synchronization and file manager. To have a secure transfer, WinSCP makes use of Secure Shell (SSH) and supports the SCP protocol apart from the SFTP.

The user can download WinSCP from their official website. The user will be able to get the status of all network devices and system performance residing in a single place with the manager.

Yet another alternative of Filezilla, Bitvise SSH client and server is used for secure file transfer, tunneling, and terminal shell. Bitvise SSH Server offers remote access to the Windows workstations and servers securely.

This application encrypts data when the data is being transmitted. Hence the files will be safe during the transmission. Bitvise SSH server is ideal for remote administration, for file transfer, for users who require to access the machine from home, and for advanced tasks.

For initiating a computer to receive connections from other computer and people, Bitvise SSH Client is used that is available for free. It is quite flexible for Windows that includes state of the art terminal emulation which is a graphical and command-line SFTP support, good tunneling features, and FTP to SFTP bridge.

This application can be used when the user requires to initiate a connection or file transfer to other computers. If it is to receive a connection, then the SSH server is used. 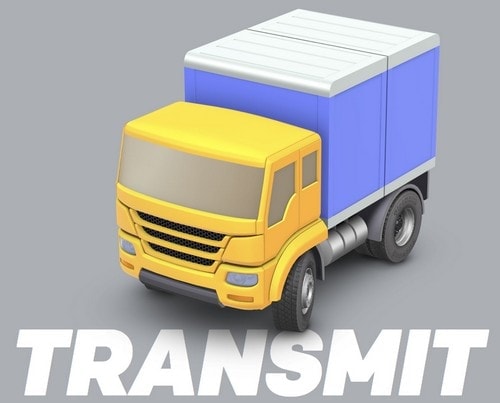 One of the top alternative of Filezilla Transmit is a popular file transfer application that was developed by Panic for macOS. It is shareware where the product is available for a free trial version for seven days till it has been purchased.

Earlier Transmit has been built as FTP client, but now it supports multiple protocols that range from the traditional ones. With this application, the user can download and manage file on multiple servers by using familiar, easy, and powerful UI.

The file sync feature of Transmit support for local to local and remote to remote sync. The main strength of Transmit is its clean interface. The other features include File Sync, Organize server, manage files, and many more. 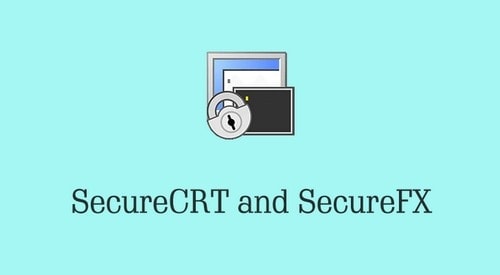 Also a top alternative of Filezilla, SecureCRT is a commercial SSH, terminal emulator, and Telnet client that is produced by VanDyke software. Started earlier as a Windows product, SecureCRT is now a Mac OS X Version as well. SecureCRT Client for Mac, Windows, and Linux provides terminal emulsion for computing professionals.

It raises productivity using advance session management. It provides secure file transfer, remote access, and data tunneling for all people within the organization. SecureCRT is an application that can be used to replace Telnet or Terminal, or in case the user requires a more capable secure remote access tool.

By having great security of SSH, advanced scripting, and extensive session management, this application will help to raise the operations to a greater level. The main features of SecureCRT are Graphical User Interface by having tab support and configurable sessions, extensive protocol support, ciphers support to a larger number, advanced SSH feature, advanced terminal emulation, file transfer through SecureFX integration, and FIPS compliance. 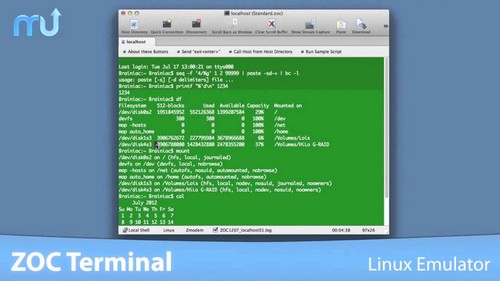 Its various list of emulations and its powerful features makes it a consistent and elegant tool that is used to connect the user’s system to hosts and mainframes through telnet, secure shell, serial cable and other modes of communication. With a new user interface, this terminal makes the work easier.

The main benefits of ZOC Terminal are tabbed sessions by using thumbnails, address book kept on folders, customizable to meet to the user’s requirements, scripting language, compatible with macOS and Windows 10, and administrator friendly.

ZOC Terminal provides extensive logging, scrollback, and full keyboard remapping. It has user-defined buttons and it lets the users access character based hosts by using many modes of communication. 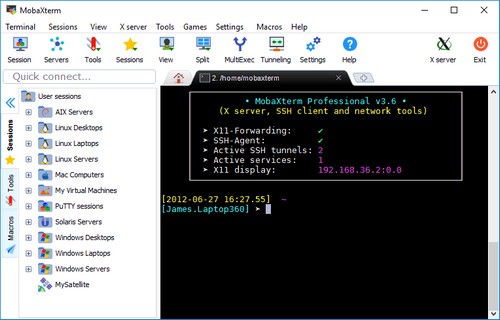 Also treated as an alternative of Filezilla, MobaXterm is an ultimate toolbox for remote computing. It provides multiple functions that can be tailored to webmasters, programmers, IT administrators and all users who require to handle any remote jobs for their business. 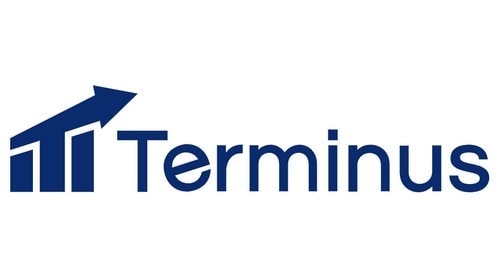 One more alternative of Filezilla, Terminus is more as compared to an SSH client. It provides the whole command-line solution. The user will be able to securely access Linux or IoT devices from their iOS or Android mobile devices and also from macOS, Windows, or Linux computers.

Terminus is a Mosh-compatible that provides great reliability on frequently changing conditions.The main features of Terminus are SFTP, Agent Forwarding, passing environment to SSH session, Chaining, Local hosts, Autocomplete, Port-Knocking Snippets, Tabs for an active session, and so on.

Terminus allows the user to connect to a remote server or a computer that accepts an SSH connection. 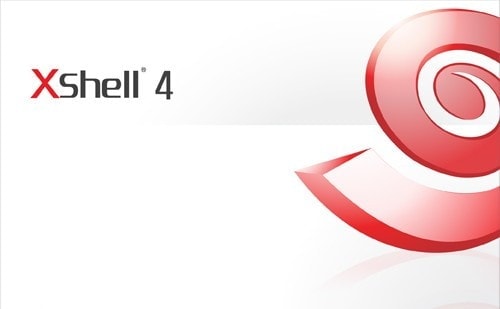 XShell is an Internet and Network program that is designed to match the performance of the use of a virtual terminal. It is mainly proposed to allow a computer to work as a terminal.

This is more useful when any data that is available within a mainframe requires to be accessed. XShell contains many drop-down tabs. Users will be able to access multiple drops down tabs where they can click and a new window opens to perform any operations.

This is an added advantage at the time of performing many tasks. XShell performs its operations very securely, hence the data will be safe. Using XShell’s Session manager, the user will be able to easily create, edit, and launch many sessions at the same time from the same window.

XShell has tabbed interface to arrange multiple sessions that can be viewed and monitored in parallel.

Also Read  Top Direct selling companies in the World in 2021

A user will be able to manage the remote servers with the various alternatives of FileZilla. FTP allows a user to manage files on a remote server in an easy way. Filezilla is a good application for file sharing.